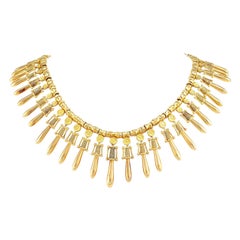 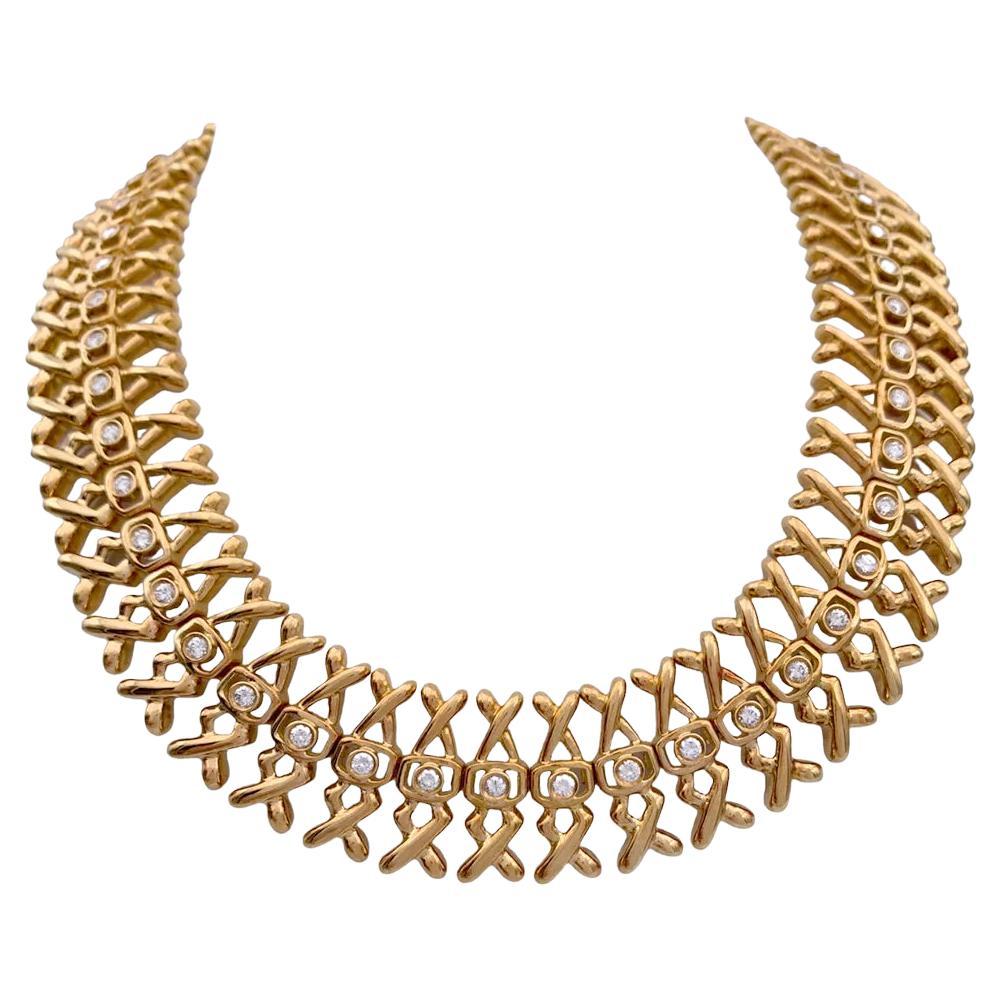 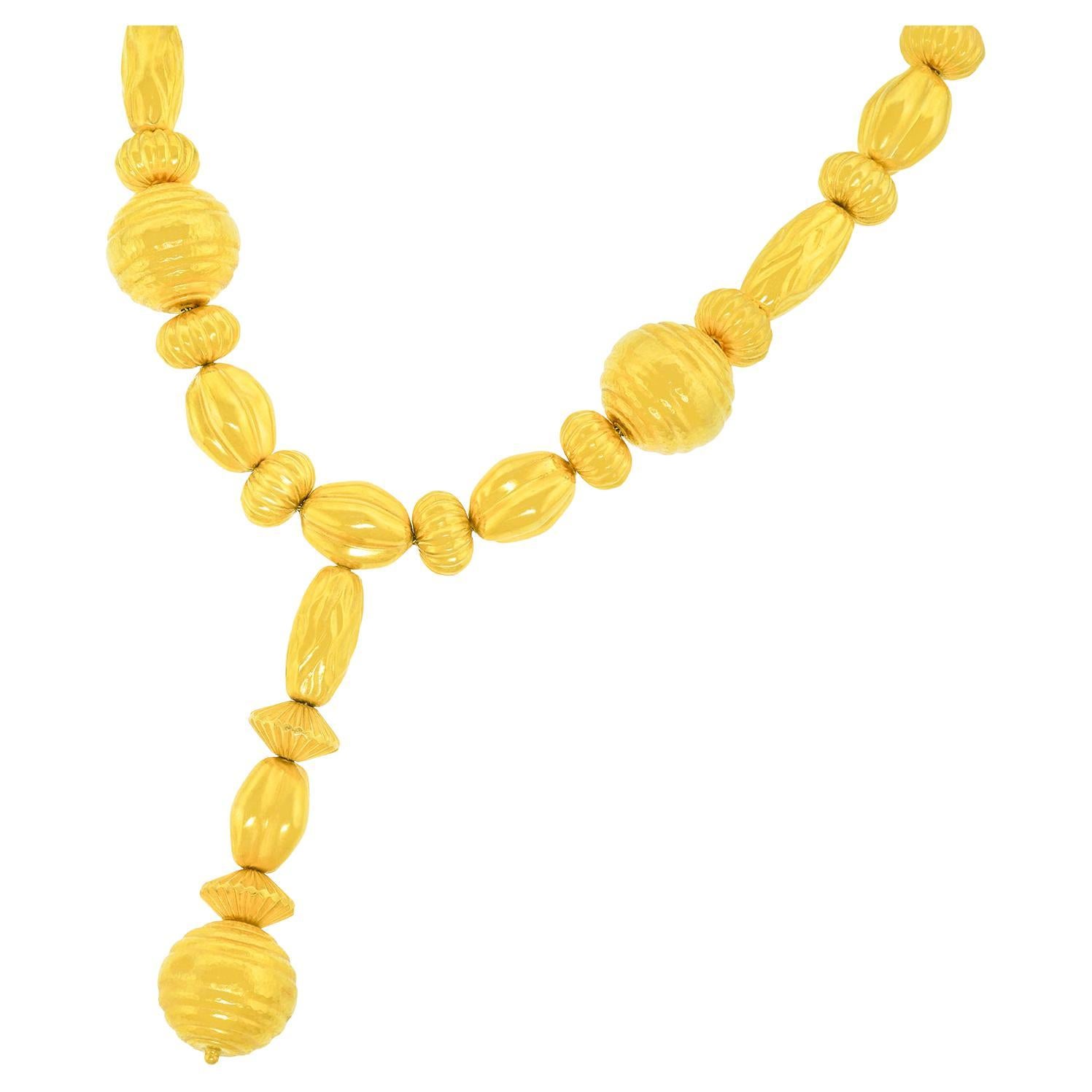 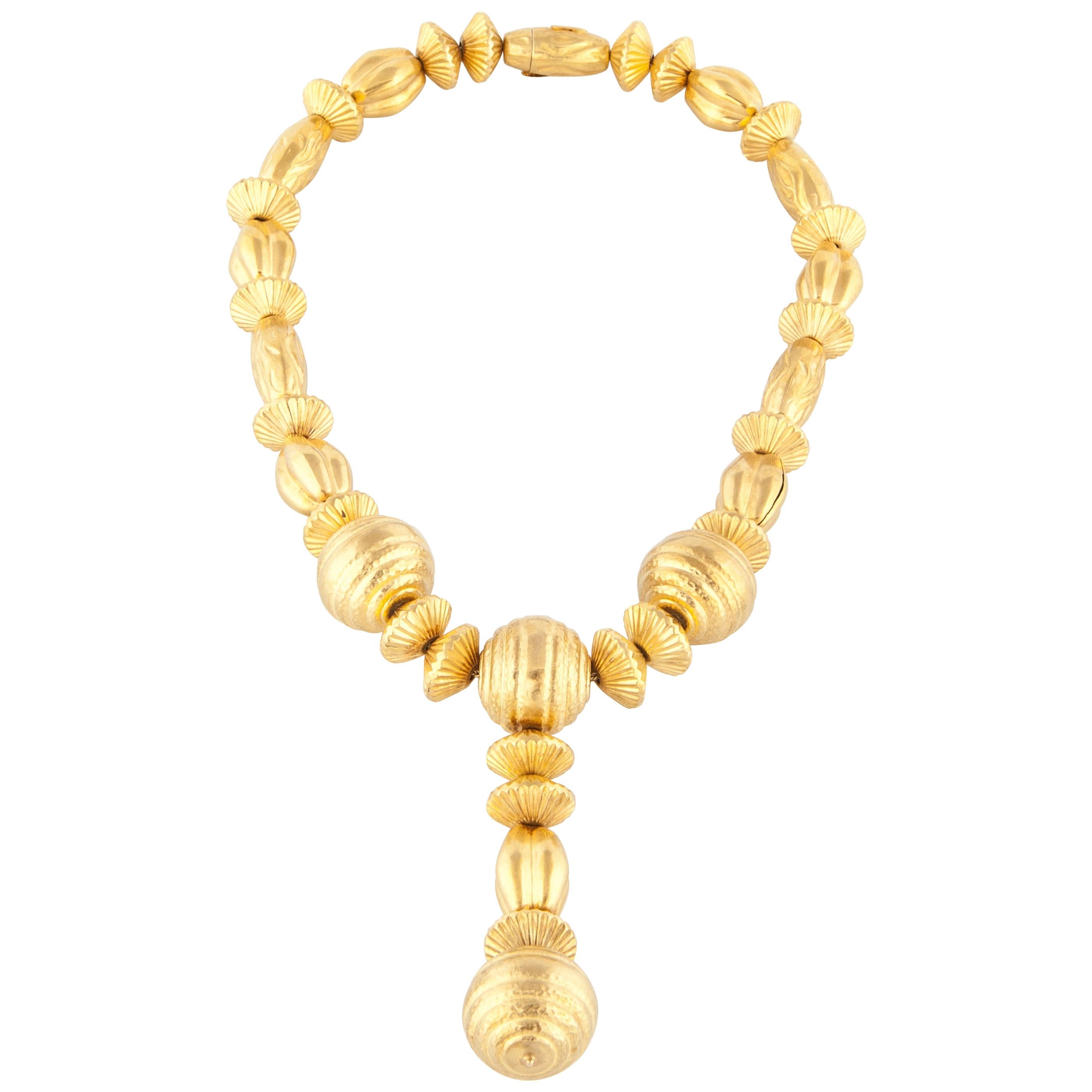 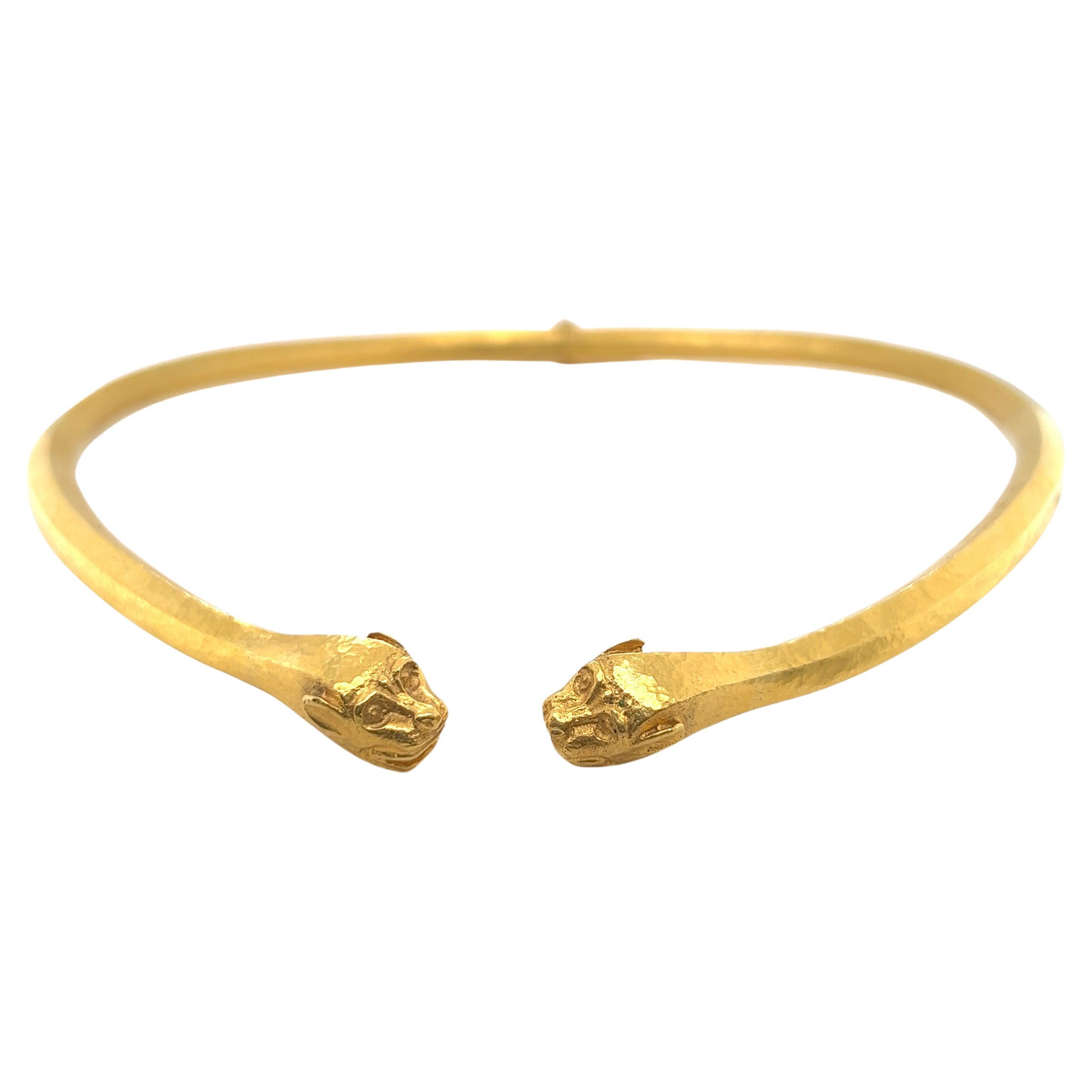 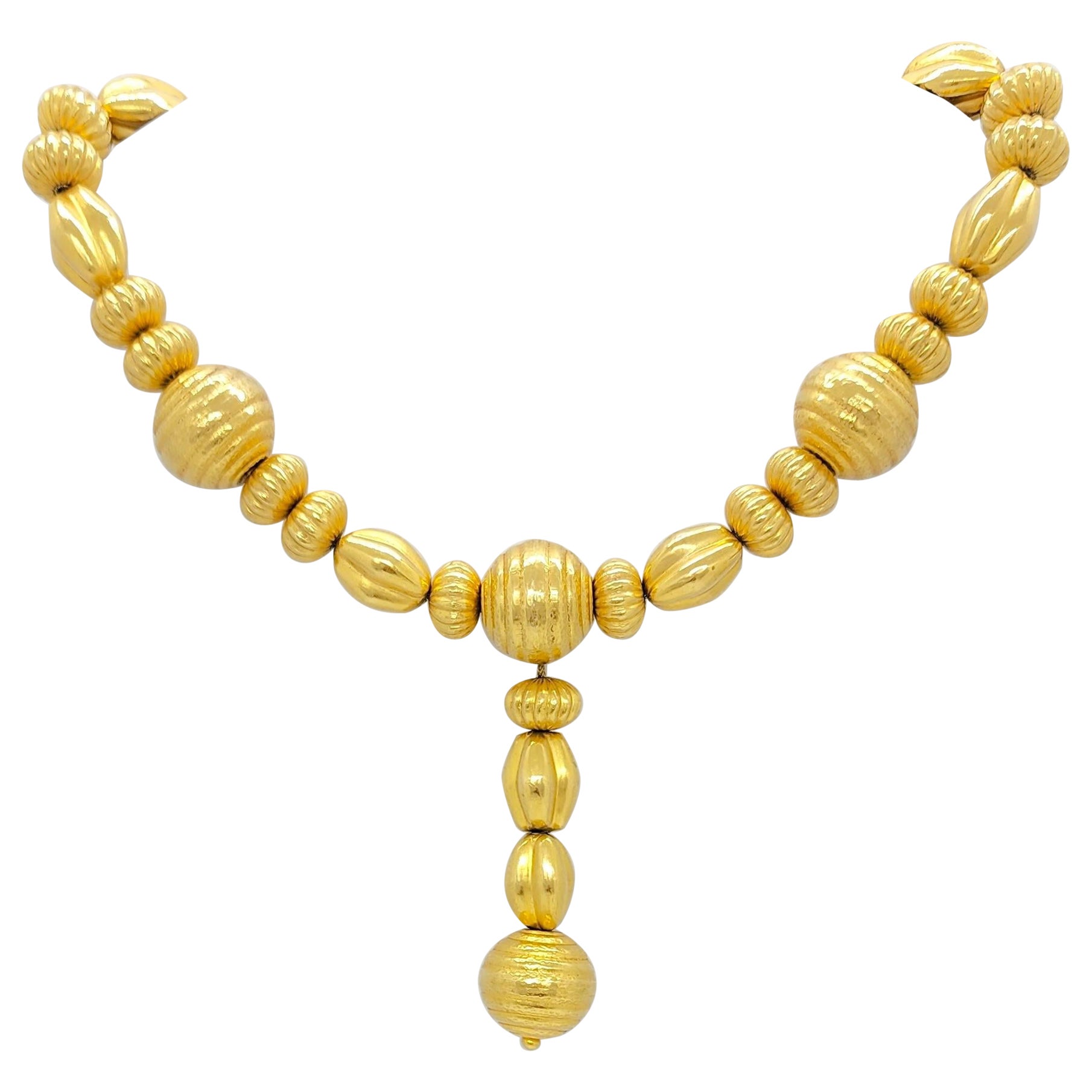 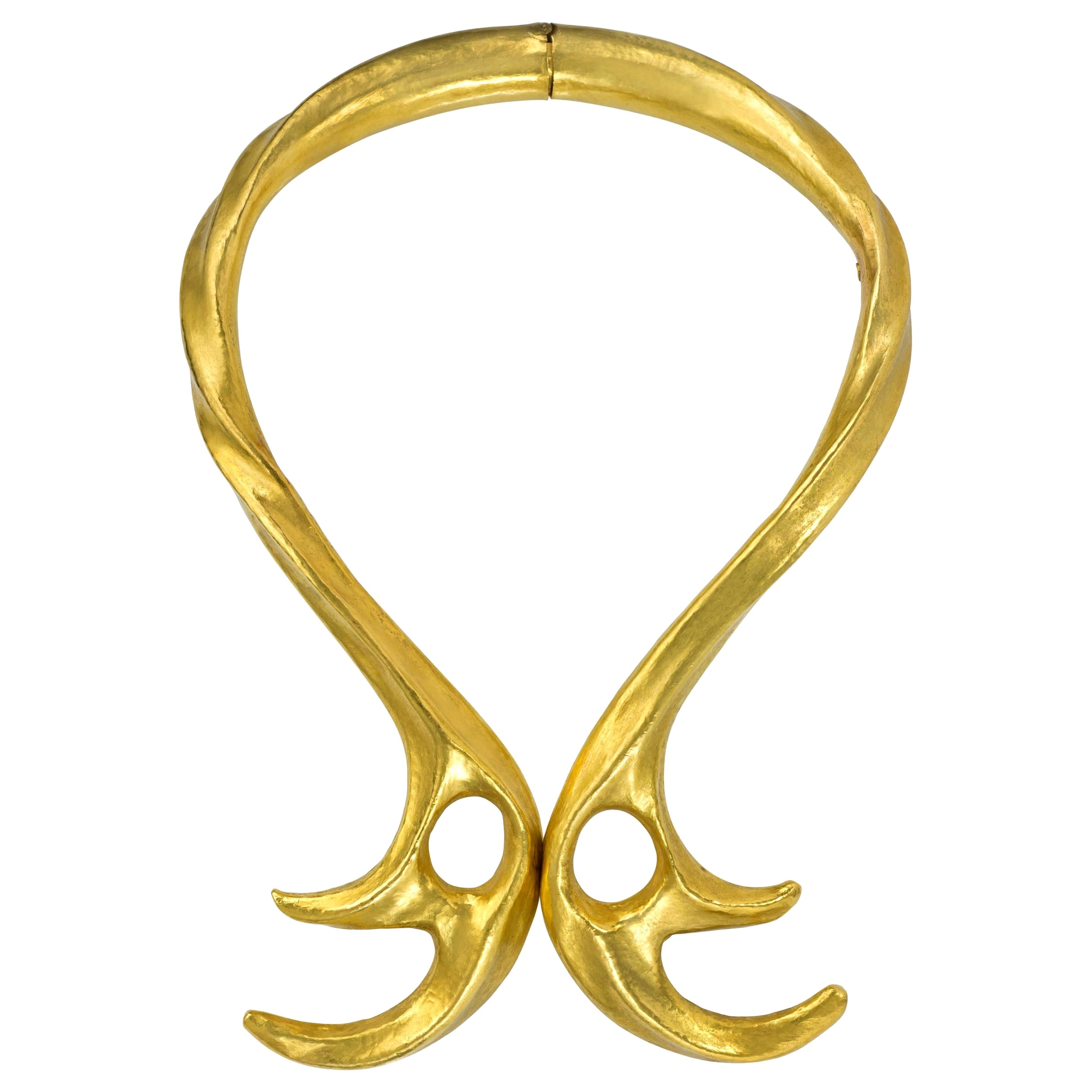 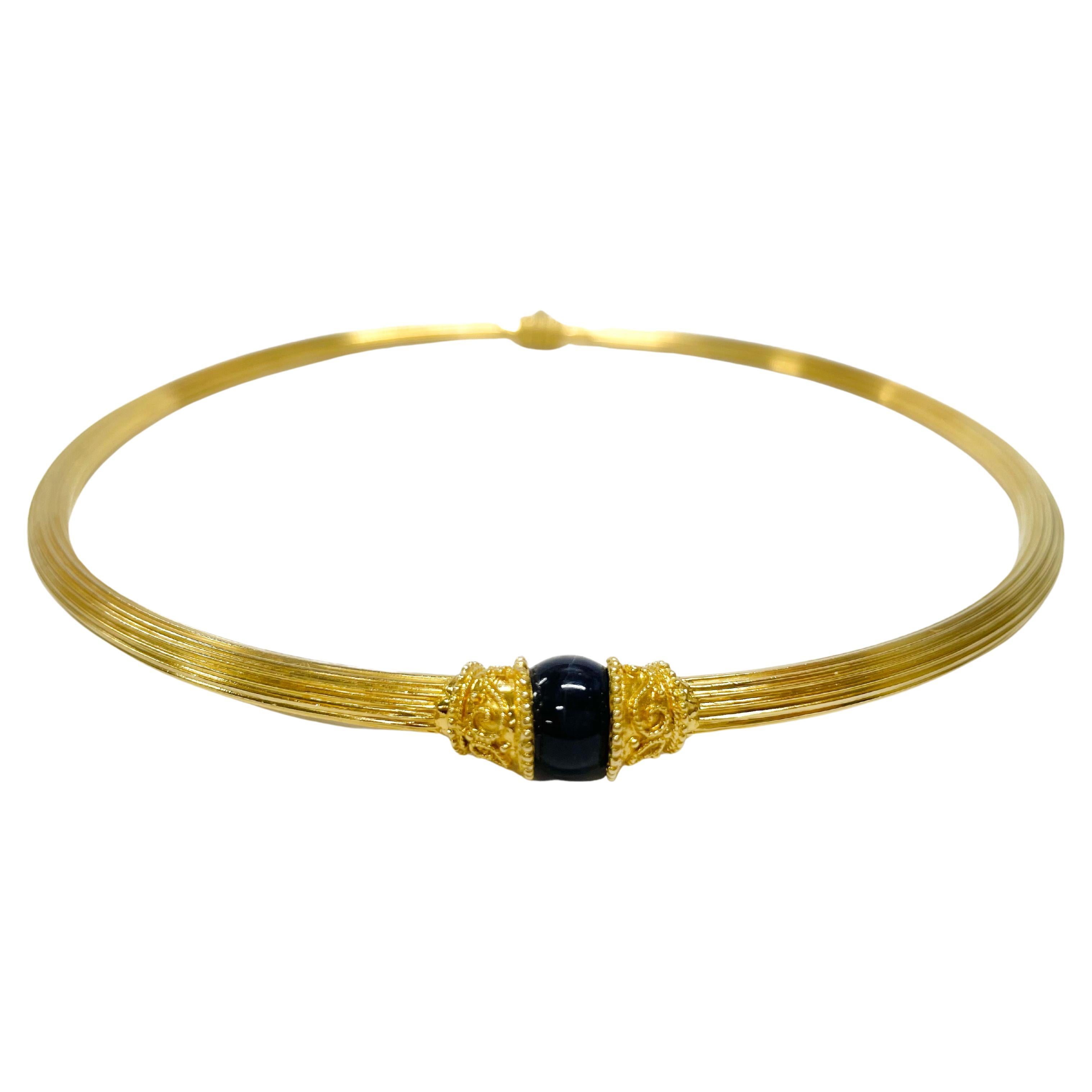 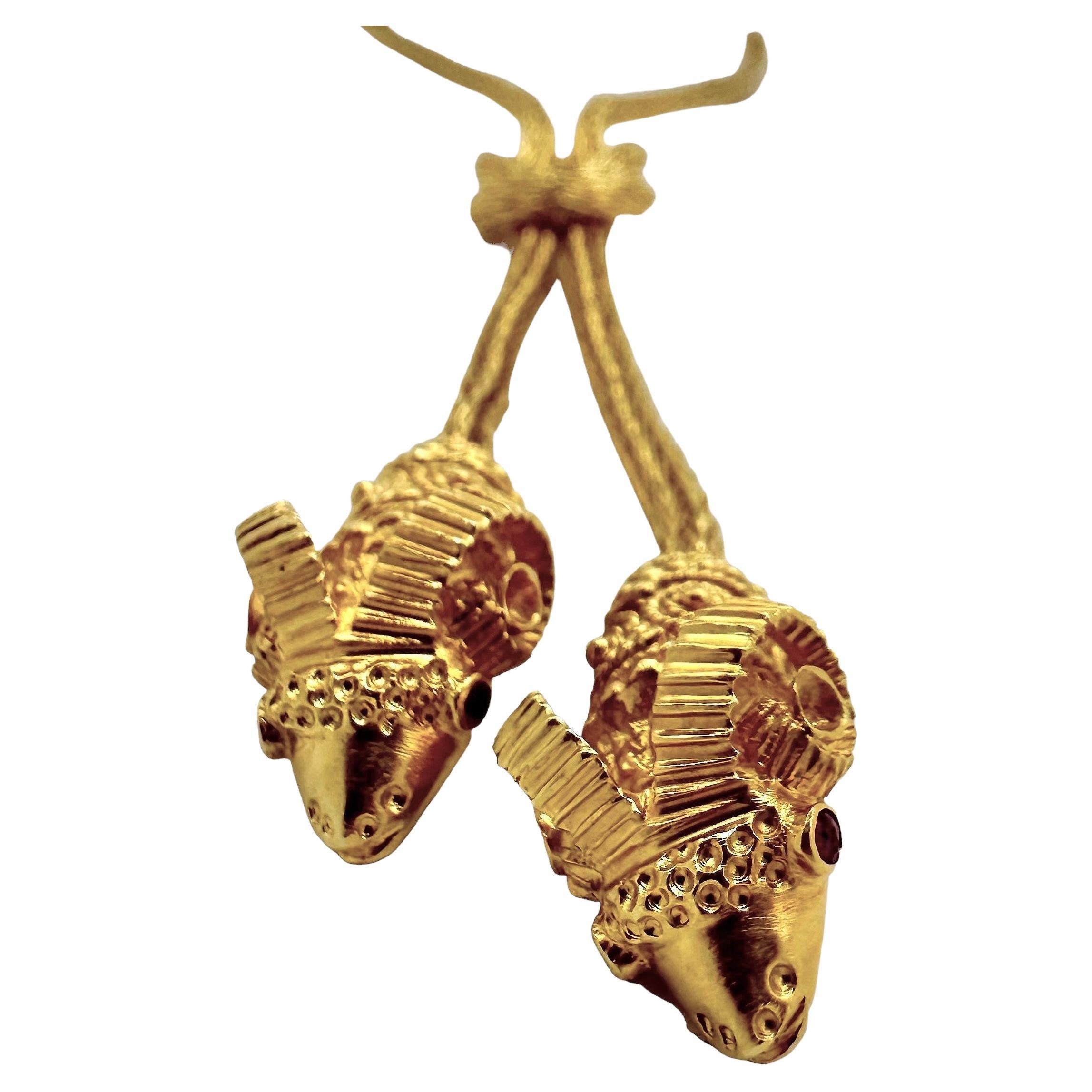 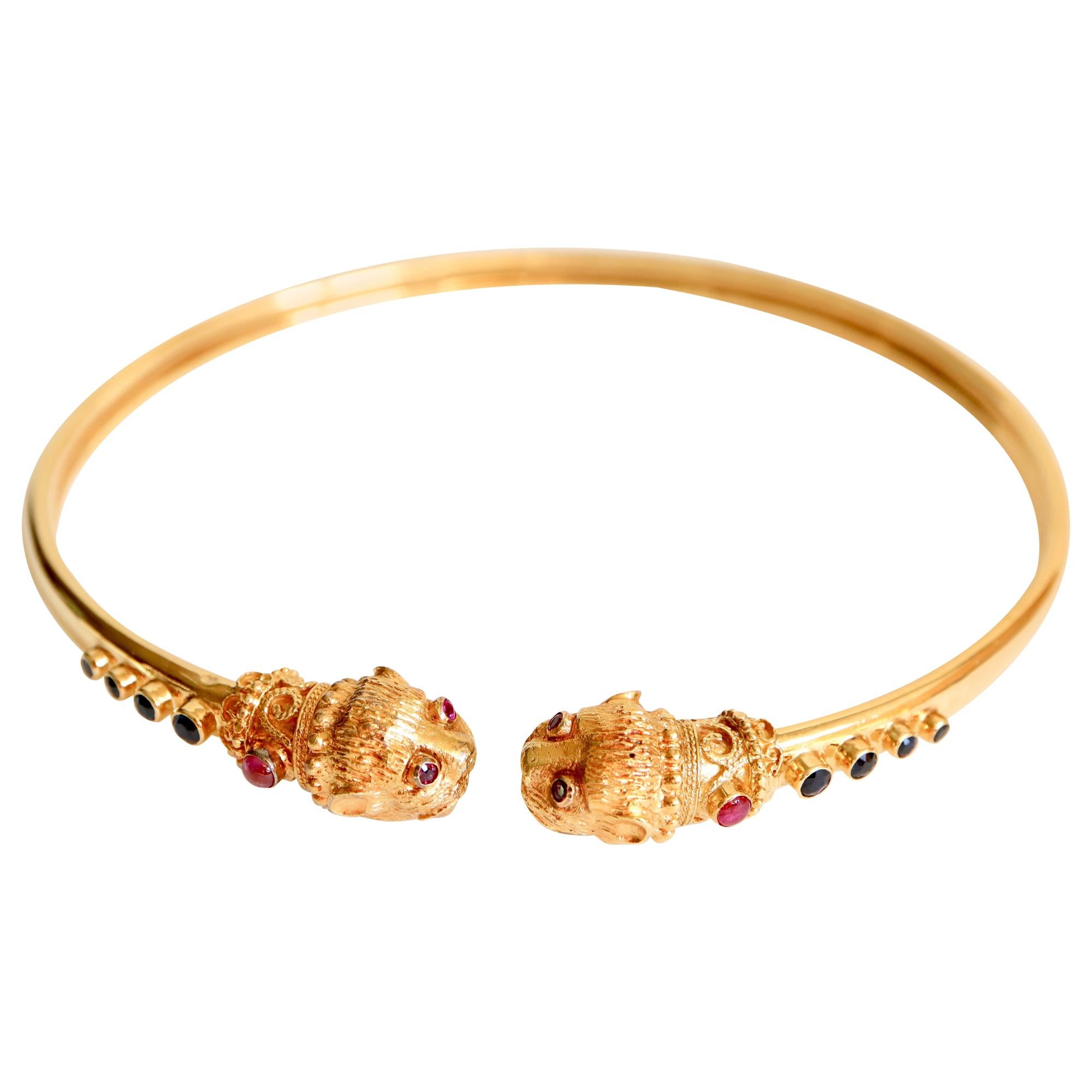 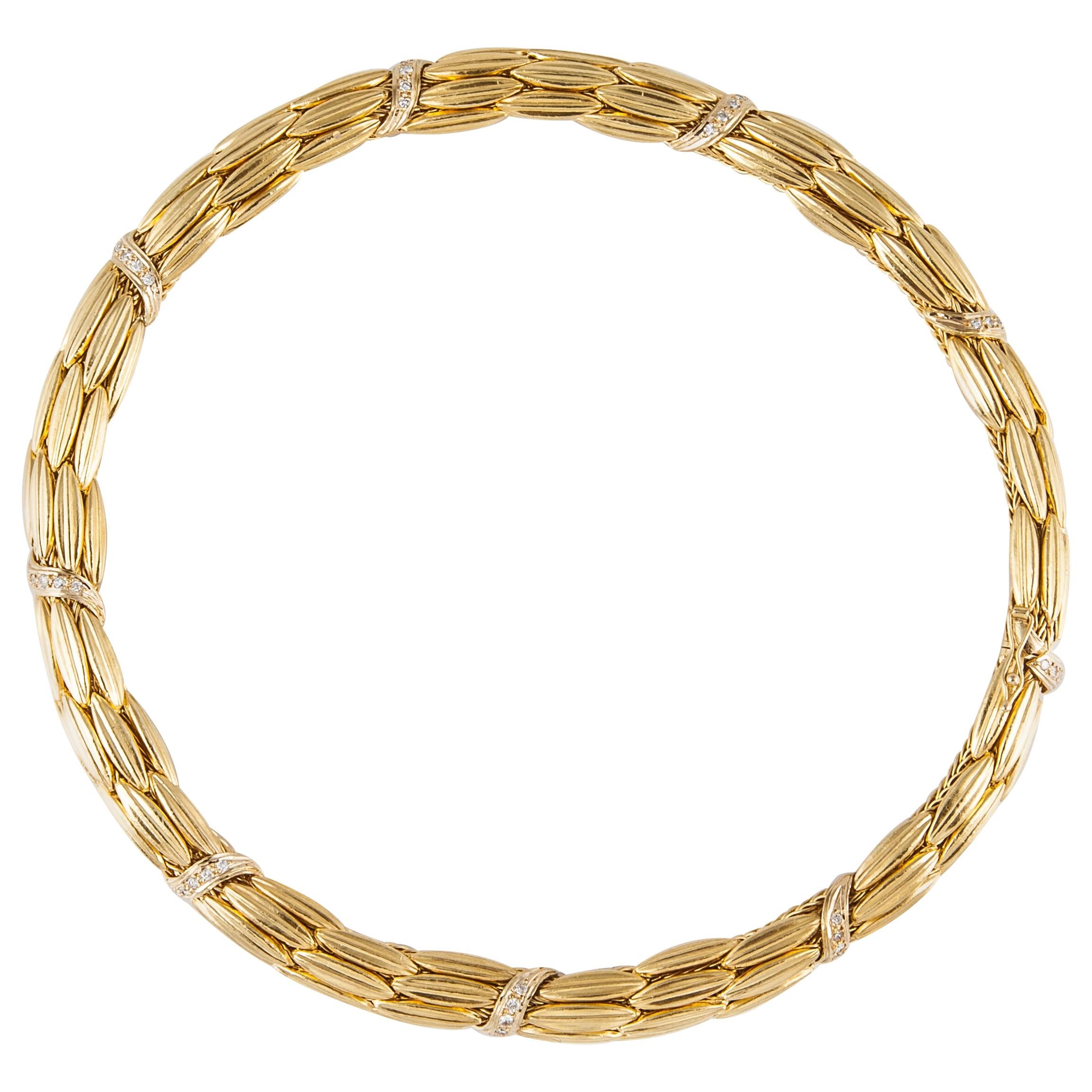 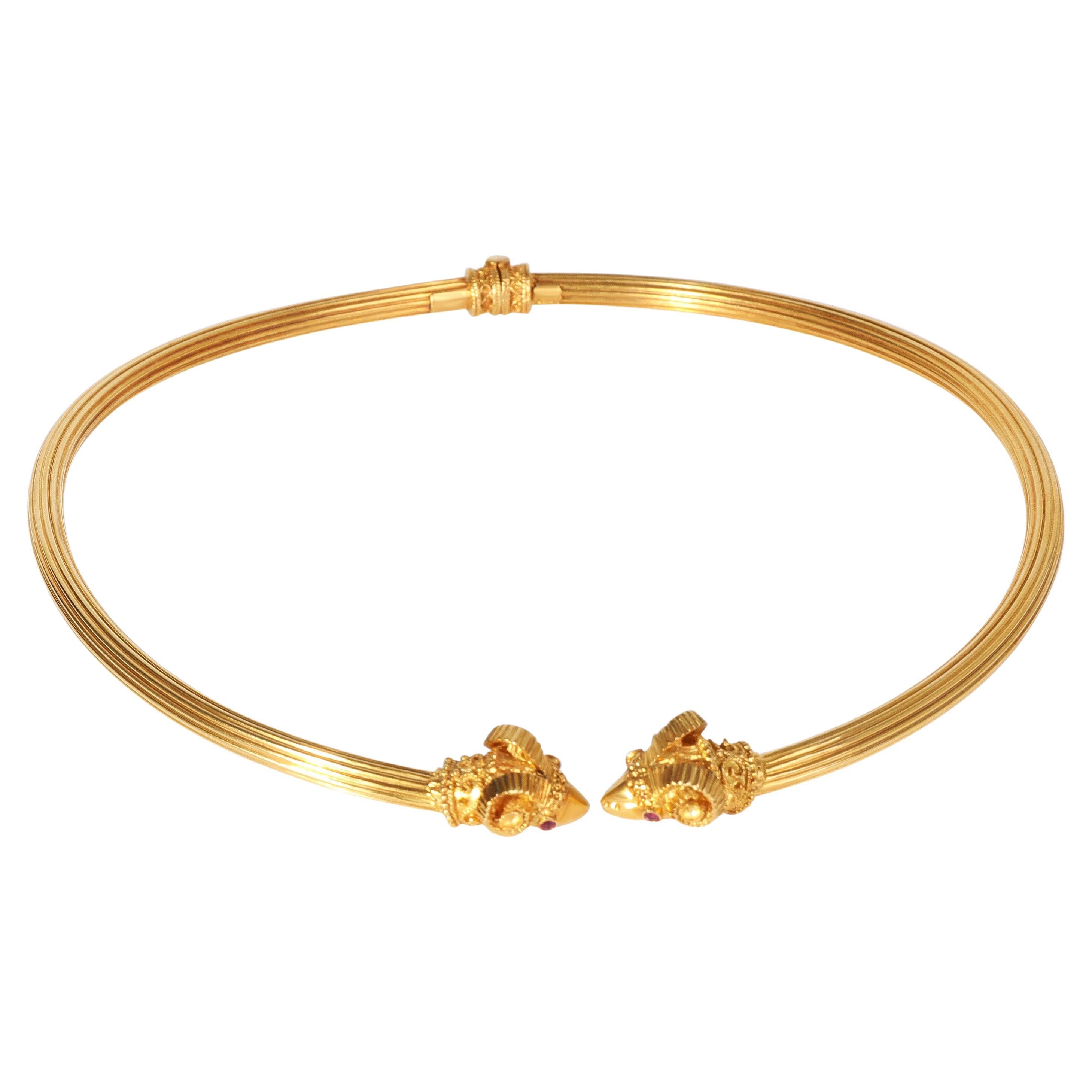 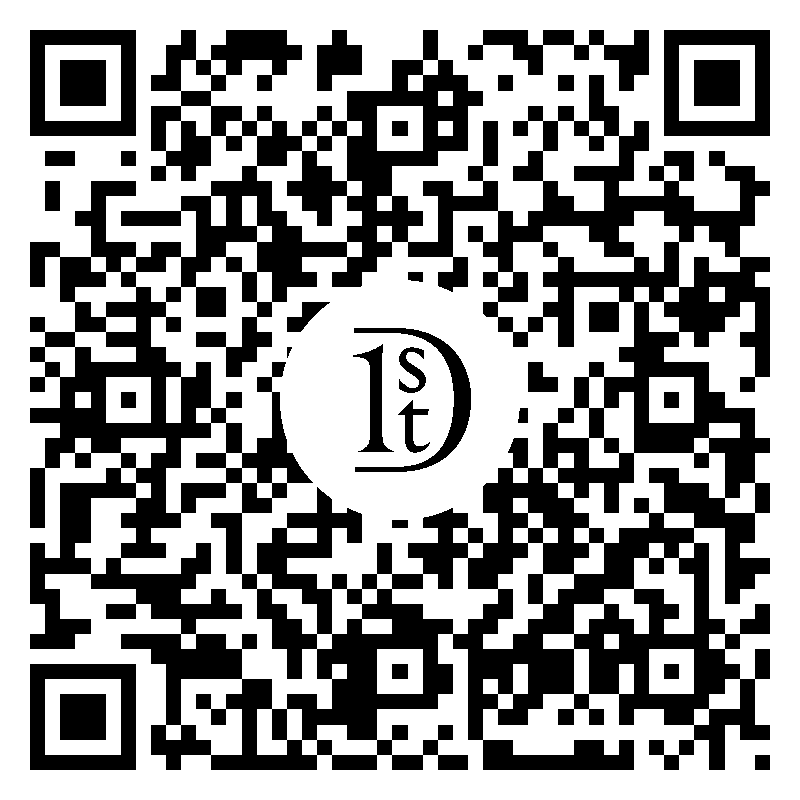 Lalaounis archaeological revival style yellow gold fringe necklace circa 1970. DETAILS: METAL: 18-karat yellow gold. MEASUREMENTS: slightly graduated from 1-5/8” (4.1 cm) to 1-1/8” (2.9 cm), and 15” (38.1 cm) long overall, 125 grams. SIGNED: Lalaounis on the clasp. CONDITION: high magnification photographs show very pristine condition consistent with age and wear. Why not make someone Happy? Yourself or a special person in your life! Happy people can change the world. In either case, it is our sincere desire that it becomes a treasure, a source of pleasure and pride every time it is worn. For over thirty-five years, Jacob’s Diamond and Estate Jewelry has been in the business of making people happy by selling a carefully curated collection of antique and estate jewelry, wearable art. We believe in the power of estate jewelry to be gratifying and luxurious, good quality, usually at a very good value with the added potential of becoming tomorrow’s heirlooms. That is what it is all about, from our good taste to yours. Cheers! Lalaounis yellow gold fringe necklace circa 1970. 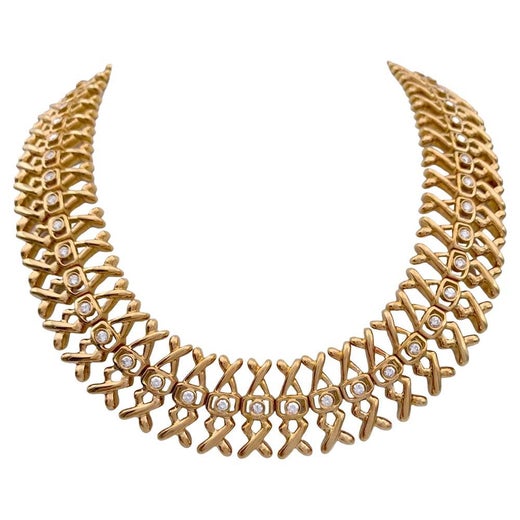 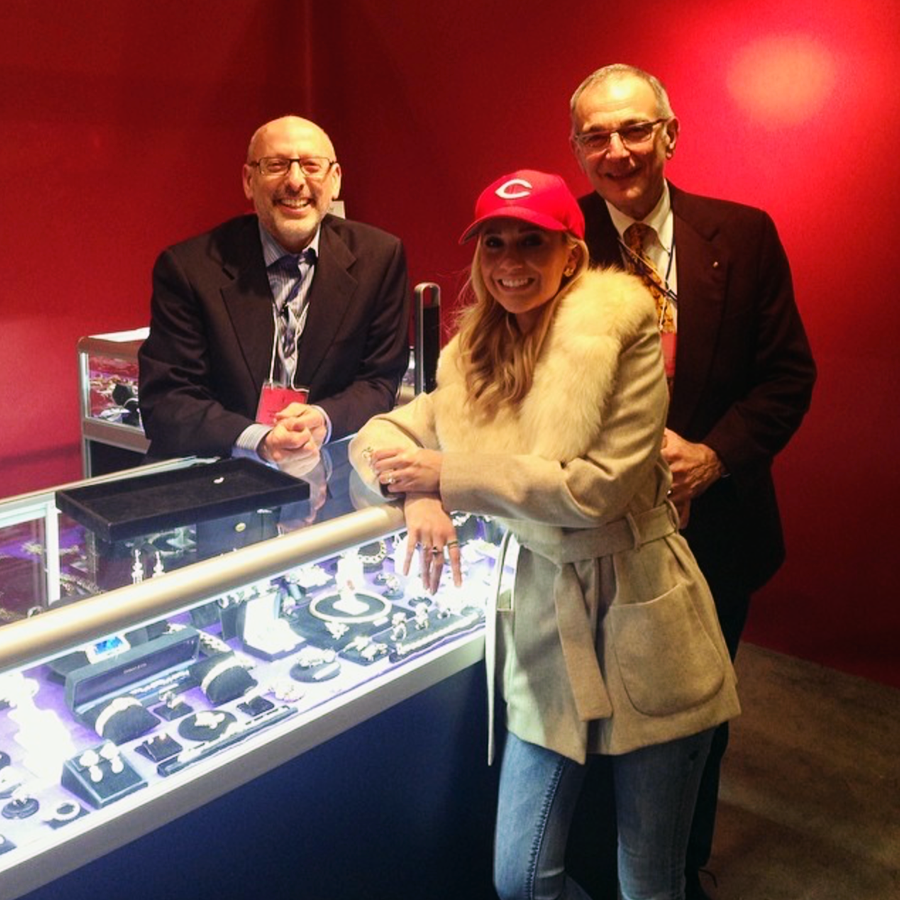 About the Seller
5.0
Located in Los Angeles, CA
Recognized Seller
These prestigious sellers are industry leaders and represent the highest echelon for item quality and design.
Platinum Seller
These expertly vetted sellers are 1stDibs' most experienced sellers and are rated highest by our customers.
Established in 1984
1stDibs seller since 2010
763 sales on 1stDibs
Typical response time: 1 hour
More From This SellerView All
People Also Browsed
You May Also Like