Overlooking one of the city’s most vibrant neighborhoods, this ‘glass box’ penthouse, resting atop a 19th century mill building, boasts views of both downtown and the harbor. The client desired a Zen environment—an oasis within the urban ‘jungle.’ An origami canopy of folded plaster is suspended over the space, lighting nestled in the seams. The kitchen island, mimicking the form of a lily pad, floats in the middle of the great room. A custom-built, circular rainfall shower allows for cityscape views through floor-to-ceiling windows. The all-encompassing gut renovation combined two separate units. The result, a sanctuary for an urban hippie in the heart of the city. 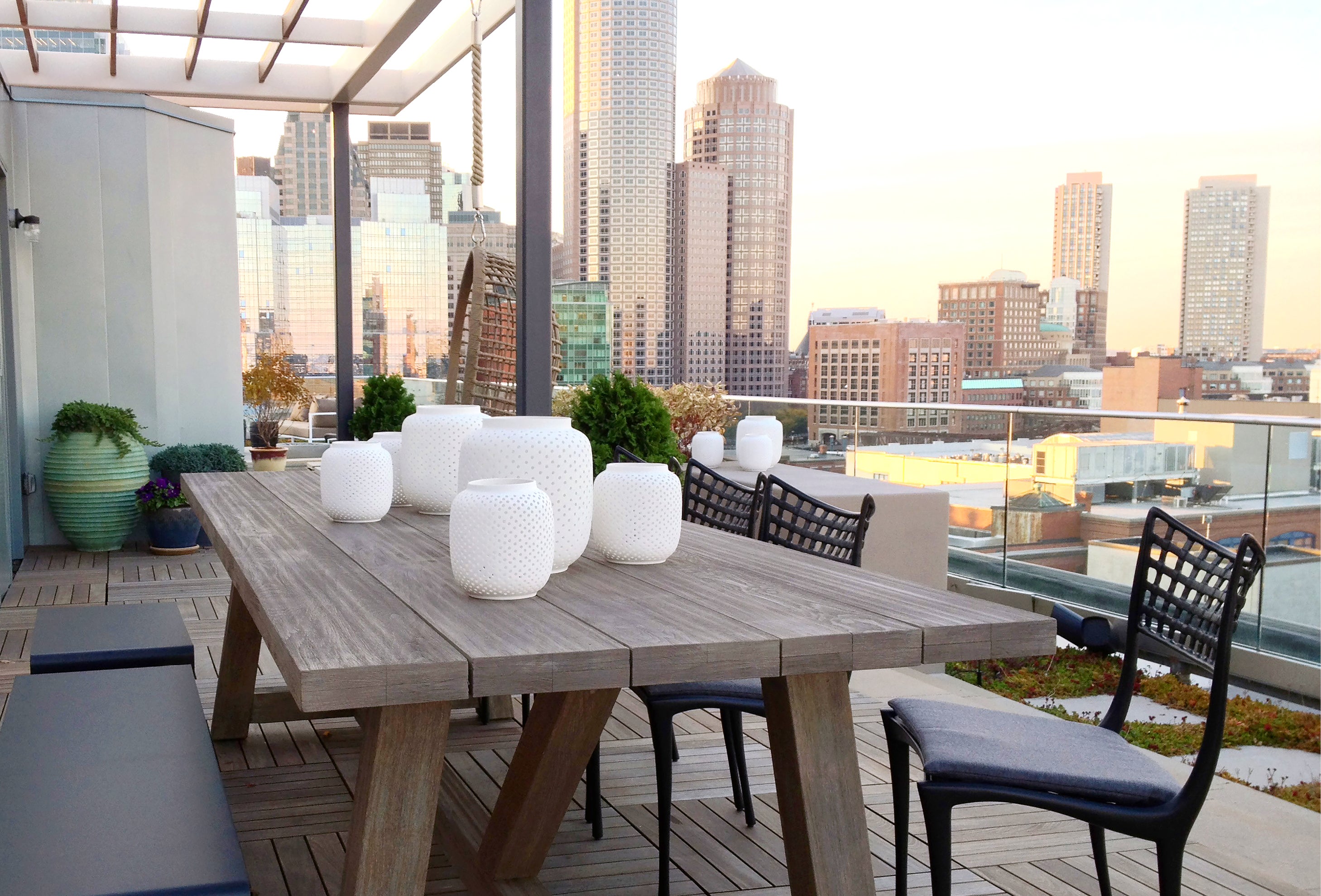 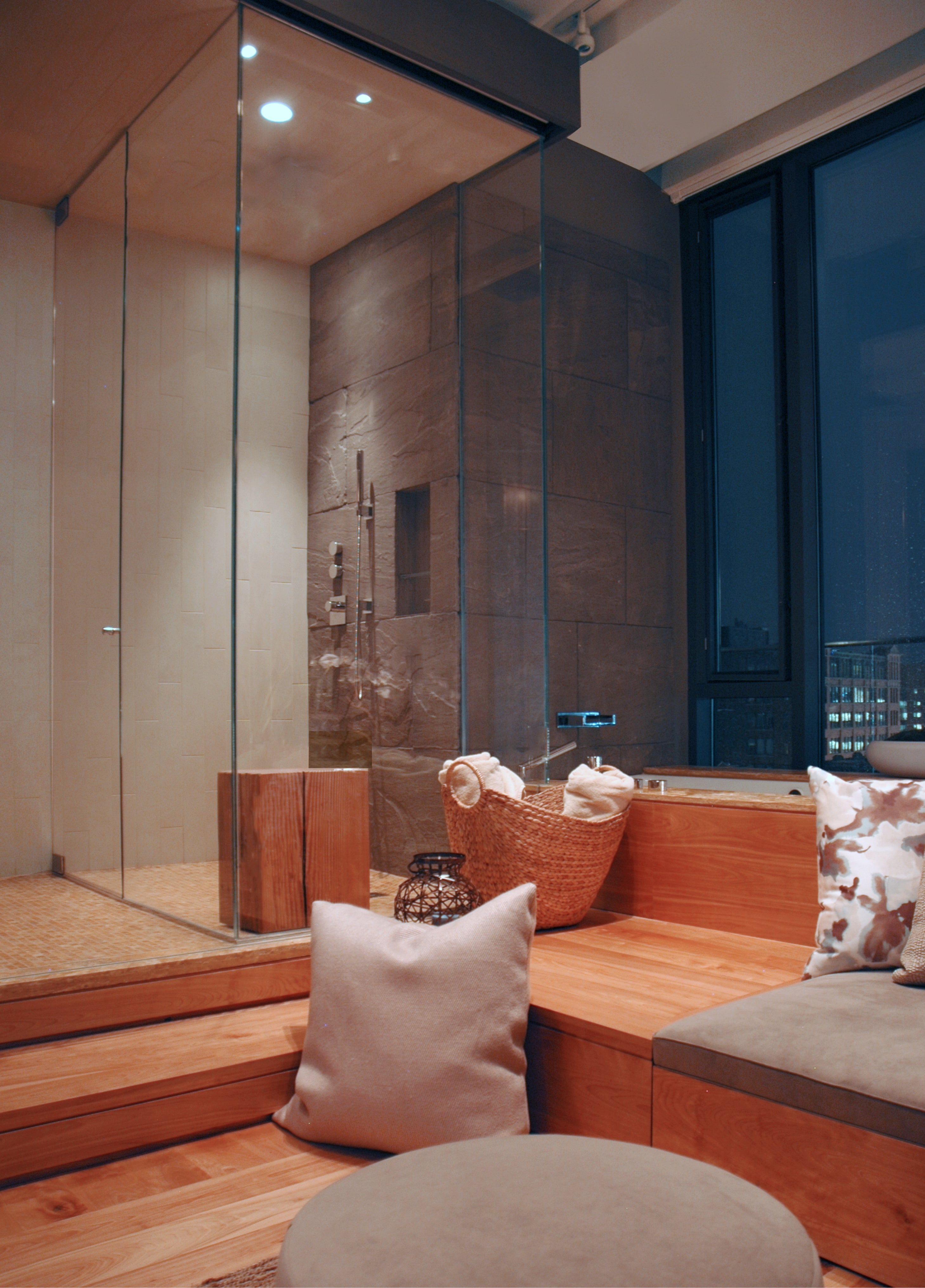 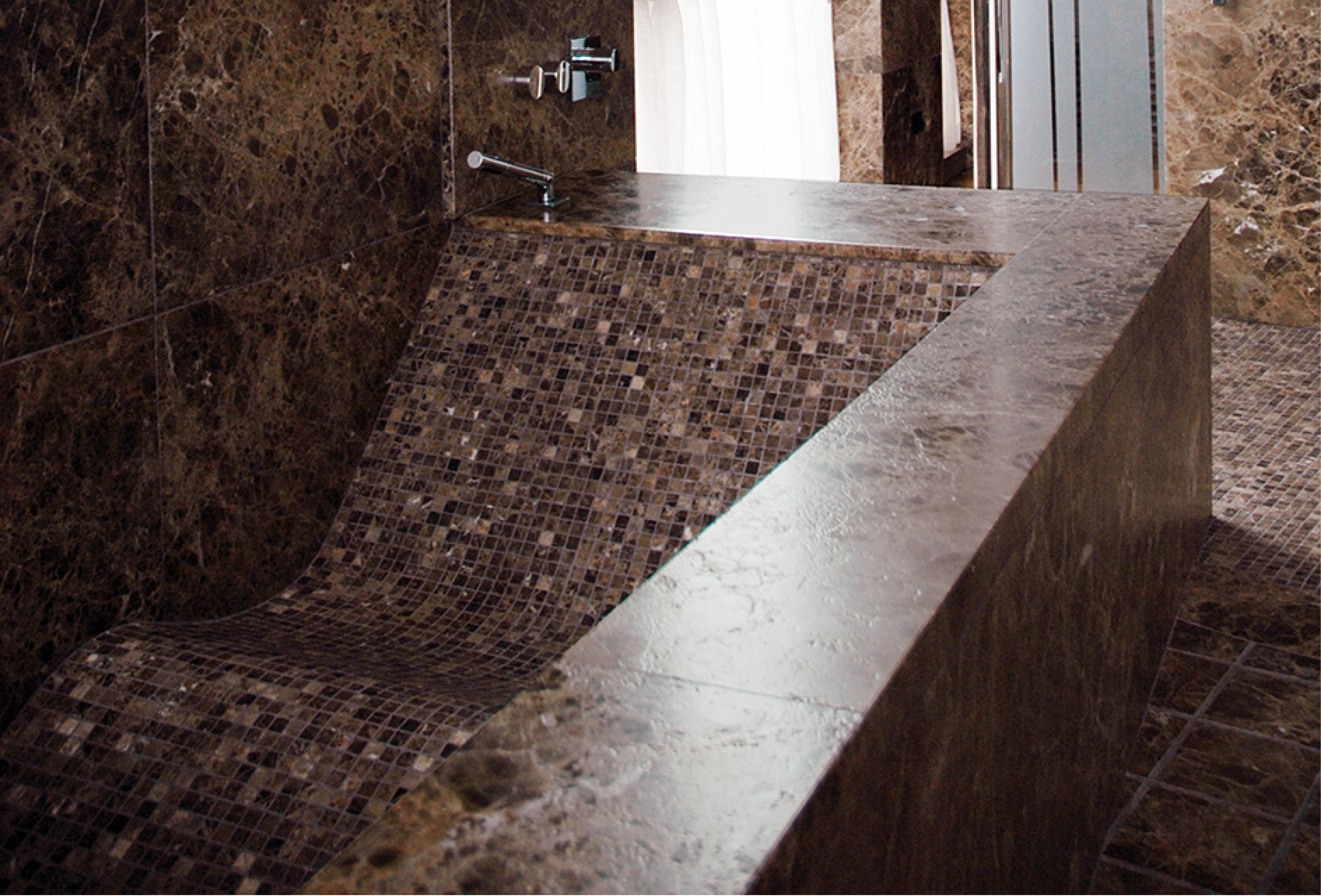 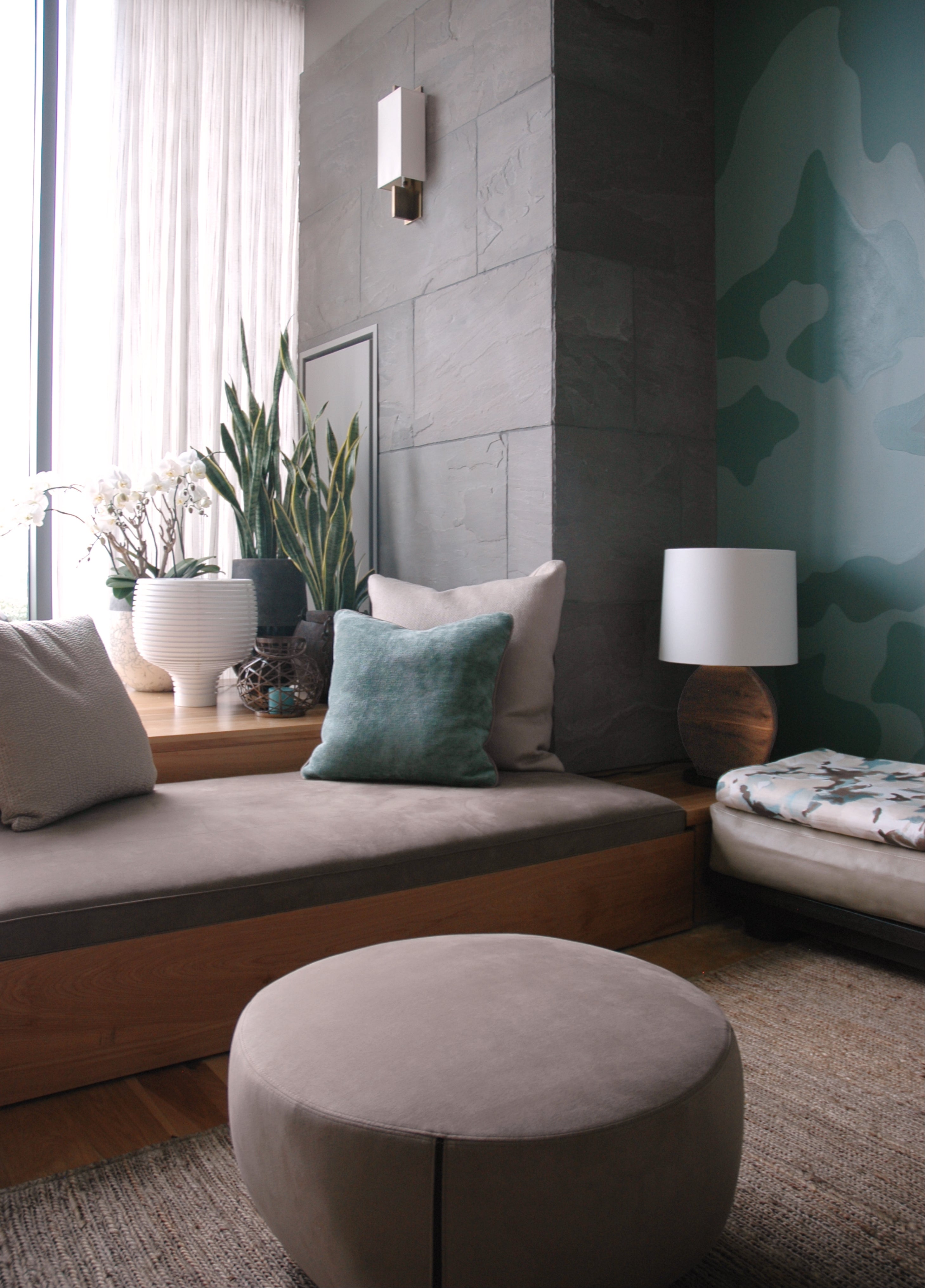 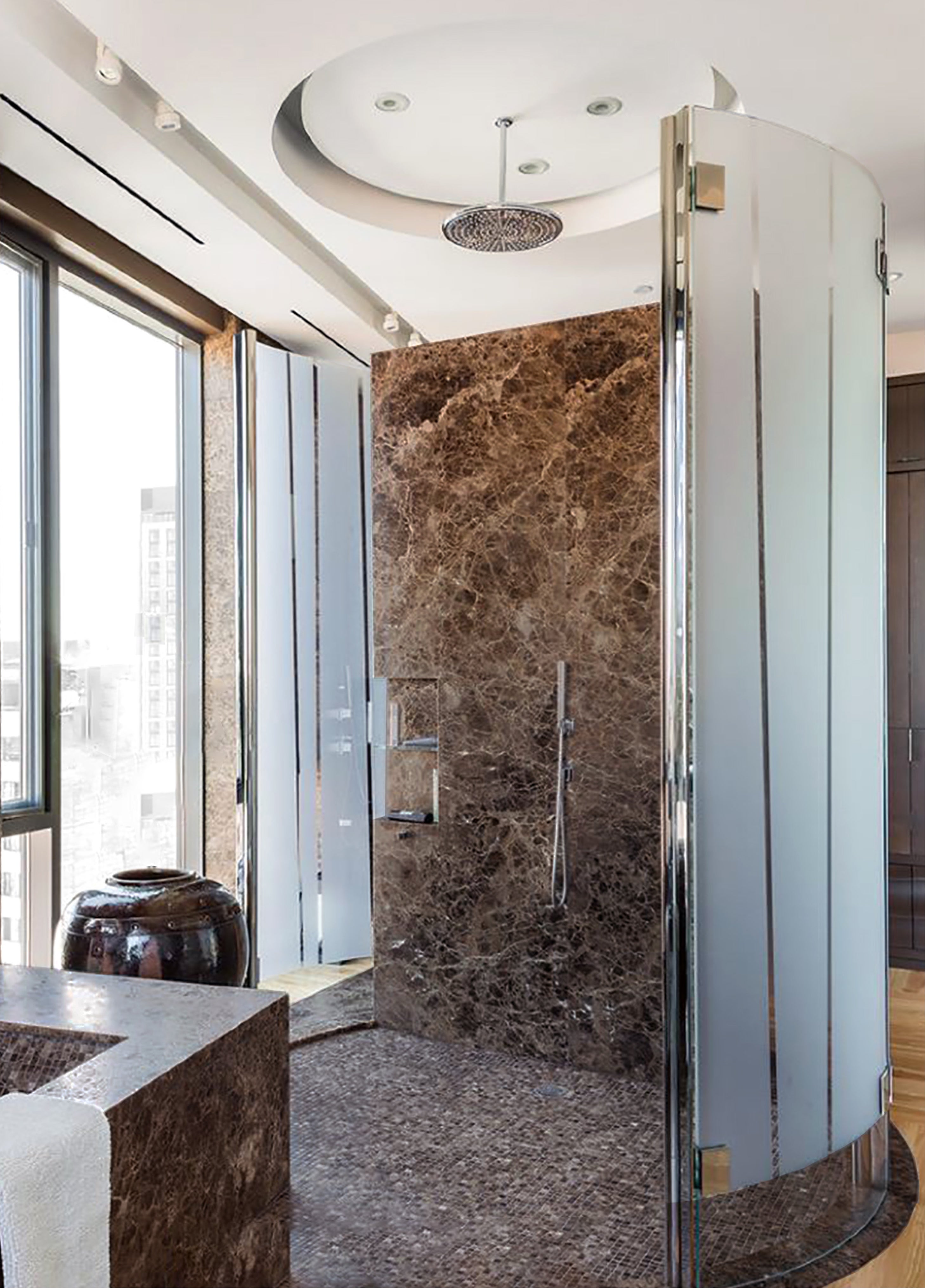 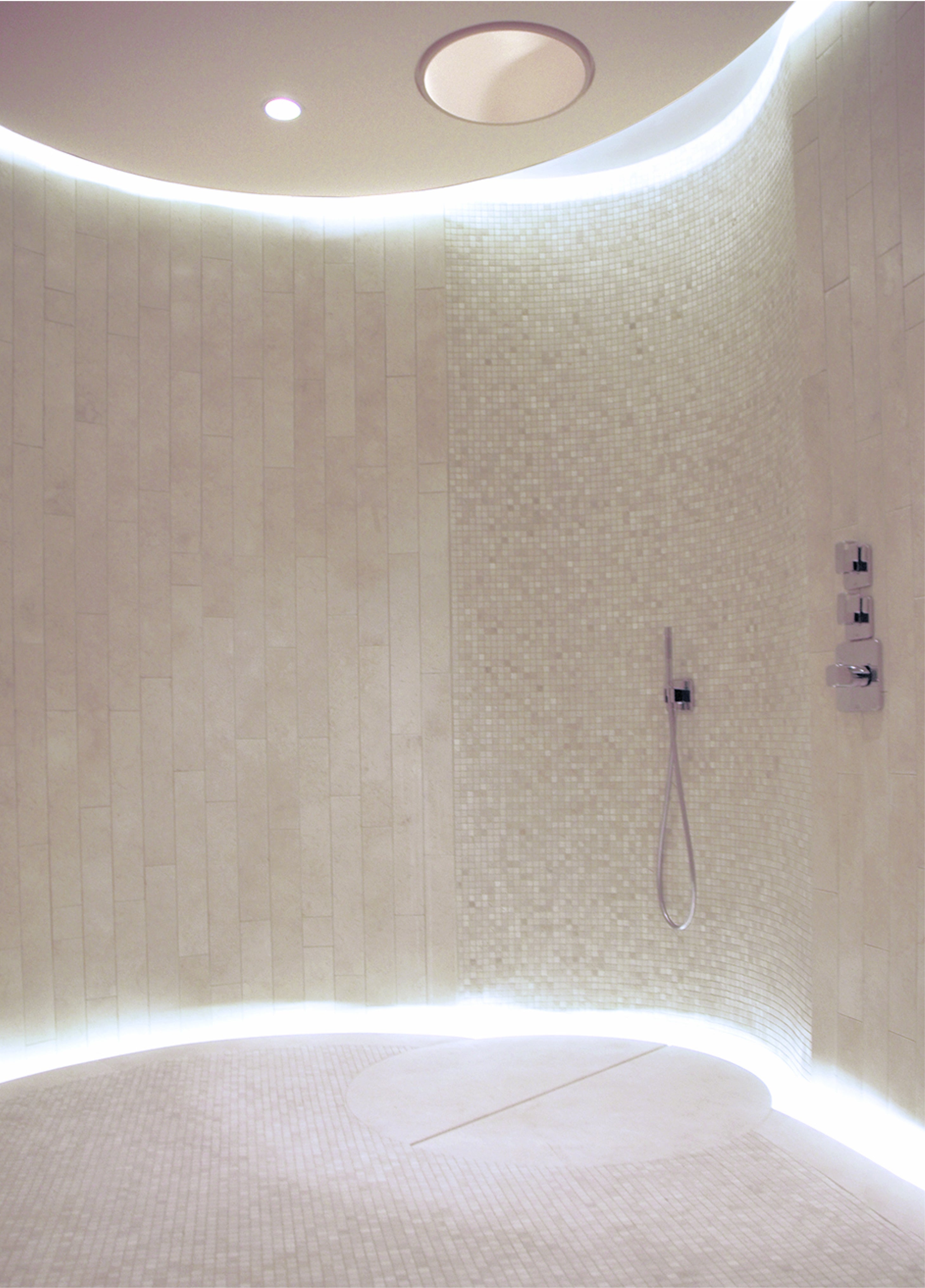 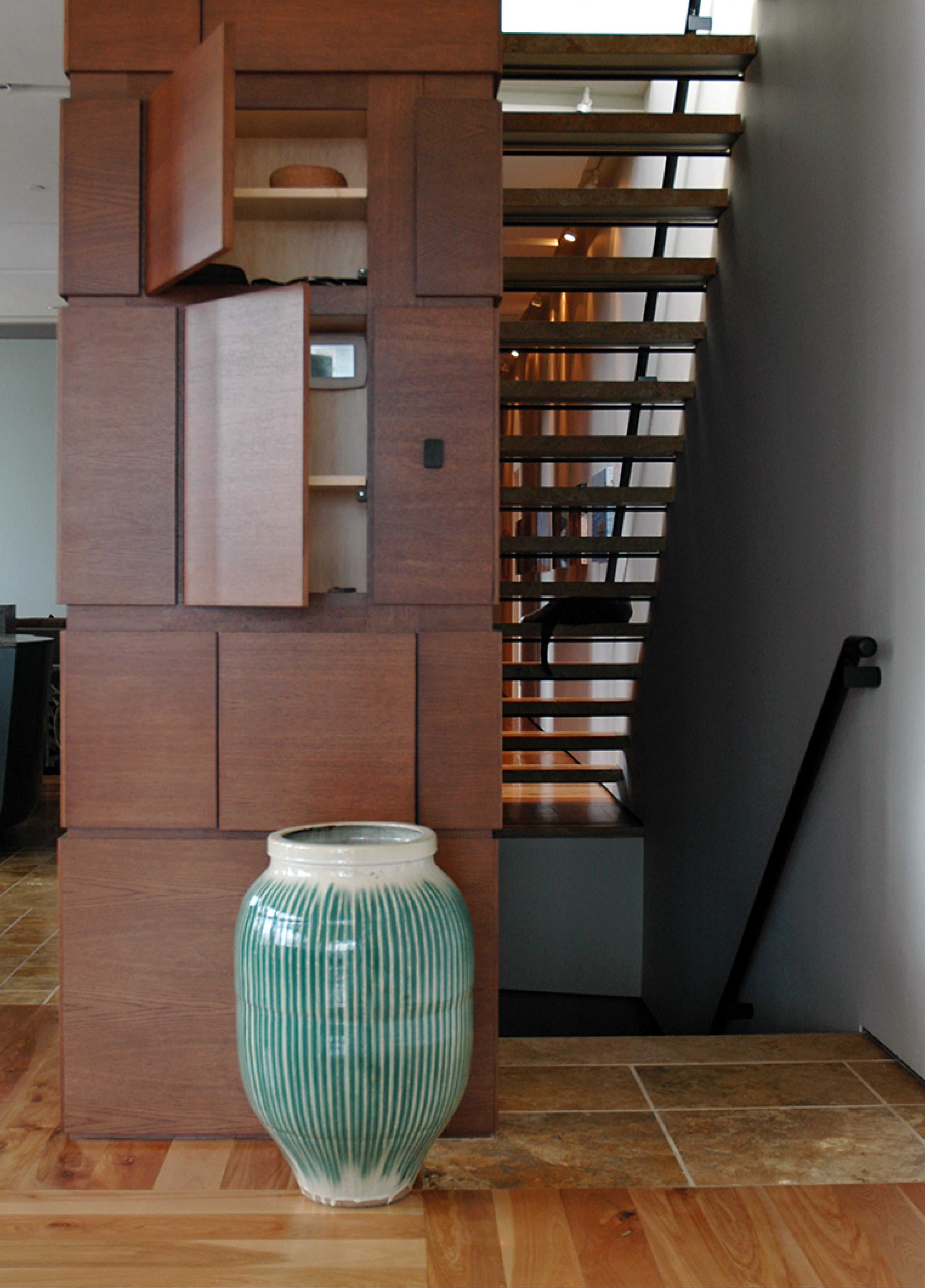 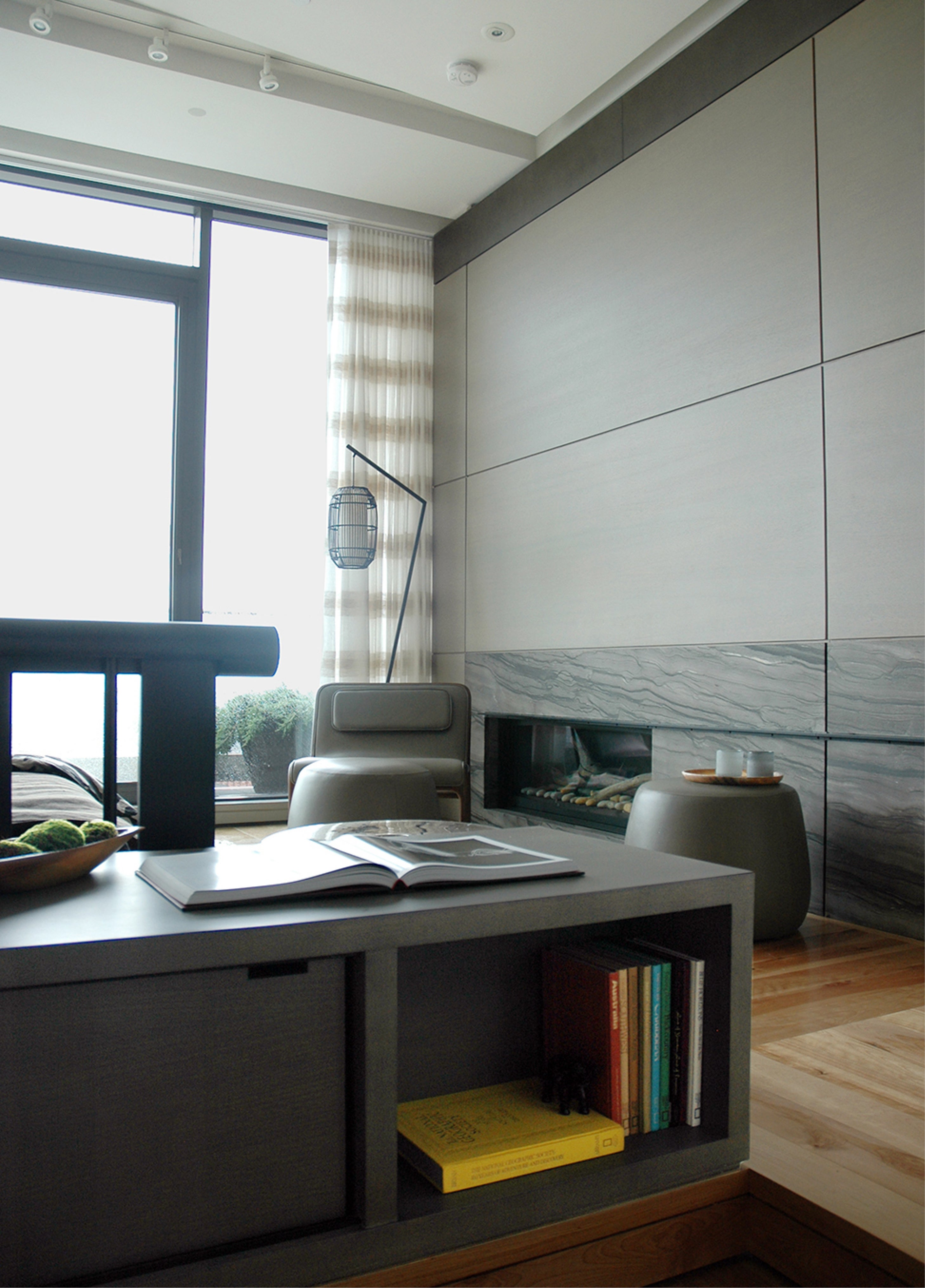 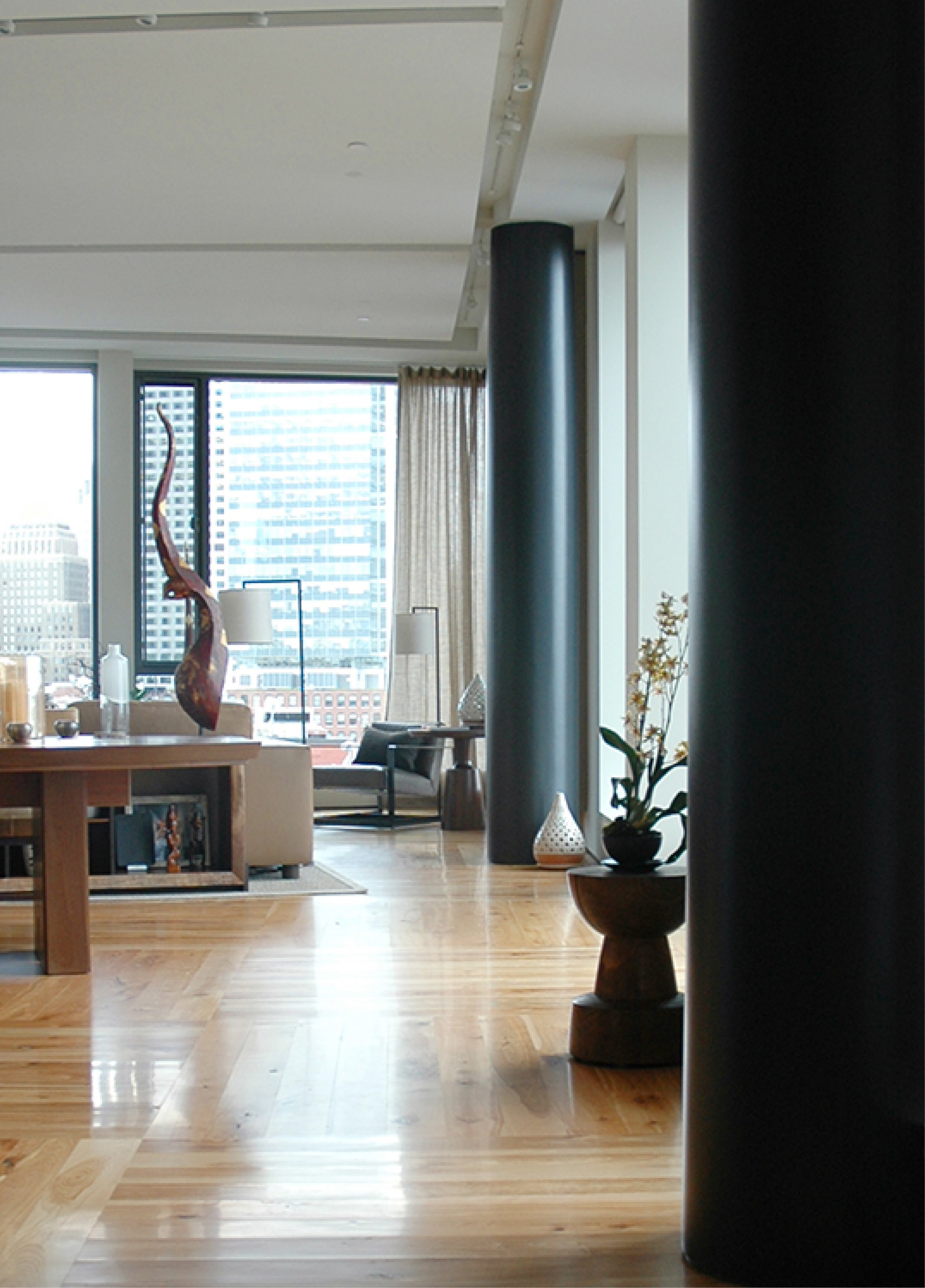