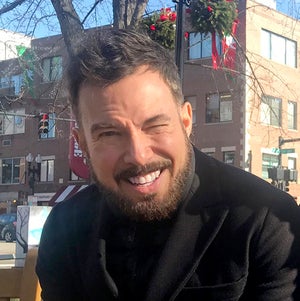 “Whether modern or traditional, I create spaces to function in today’s world while being an inspiration for their owner."

Principal of StudioDykas, Martin Dykas' experience goes back over three decades. Growing up in Connecticut he was a design geek at an early age, sketching floor plans and poring over copies of Architectural Digest while other kids were collecting comic books . Currently based in New York, Marty previously lived in San Francisco and Boston while working on projects throughout the US and across the globe. Originally designing furniture, he now creates unique spaces for residential and commercial clients.

Marty lives with his daughter in New York where he is "lucky to work with clients I also consider friends.”

StudioDykas is an interior architecture and design firm bringing the highest standards of industry practice to every project undertaken. All work is creatively approached and meticulously managed from concept to realization.