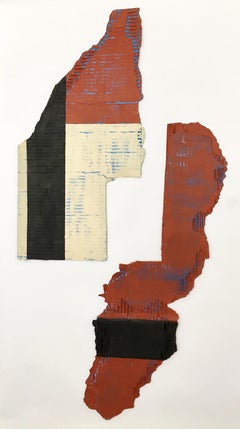 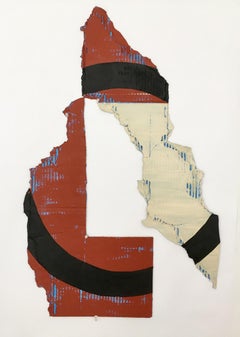 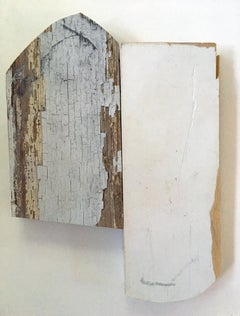 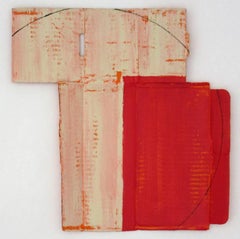 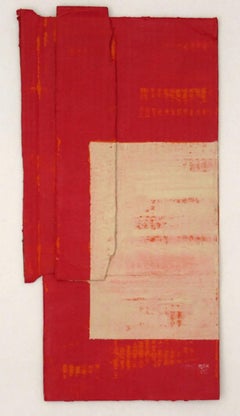 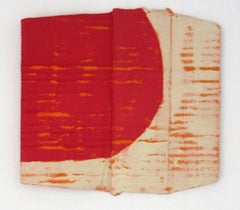 Diane Englander uses formal means to create a place between discord and tranquility, a zone with a charged harmony that energizes as it also provides refuge. That often requires that the prettiness of an initial surface is made ugly, or there’s a conscious choice to avoid balance in the composition. Hers is a largely intuitive process, the materials entice her. Inspiration from the world that we don't call “art” is where she finds her muse: a wall, a landscape, a window shade transfused with light, a stretch of sand and shadow. Most influential are predecessors like Burri, Vicente, Tapies, Motherwell, Rauschenberg, medieval cloisonné, Vermeer, Breughel, and many, many more. A native New Yorker, Diane had an earlier career including 17 years as a management consultant to local nonprofits concerned with poverty or disenfranchisement; work in NYC government; and several years as a lawyer at a large NYC law firm. “I was brought up going to galleries and museums, a sometimes reluctant attendant to my parents’ passion for looking and for collecting. My own expressive energy must have simmered internally for years, occasionally emerging in photography, in quilt-making, in other tentative explorations, and certainly in providing opportunity and materials for my children to create. Not until those children were nearly grown did I come unequivocally to the need to make art myself.” In late 2006 Diane began making collages that started her on her current path; in late 2007 she left her consulting job to focus on her artwork full-time. She has studied with Bruce Dorfman at the Art Students League in New York, and has had solo exhibits at the Alexey von Schlippe Gallery at U. Conn-Avery Point, Hampden Gallery at U. Mass. Amherst, the Grubbs Gallery in Easthampton, MA in 2014, Cambridge Health Associates in Cambridge, MA in 2012, and at the Living Room Gallery at Saint Peter’s Church in Manhattan in 2010, as well as pieces in group shows in New York City, across the US, and in Italy. One of her drawings appears in The Visual Language of Drawing, McElhinney, J. ed., Sterling Publishing (2012). In 2012 she attended the Vermont Studio Center with an artist’s grant. In 2013 she won the Allied Artists of America award at the Butler Institute of American Art.

5 / 5
Our team of world-class specialists approve every seller on 1stdibs.
This distinction is for experienced sellers who continually surpass customer expectations.
1stdibs seller since 2015
Typical response time: 3 hours
Located in New York, NY