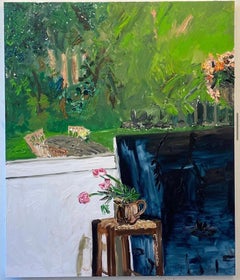 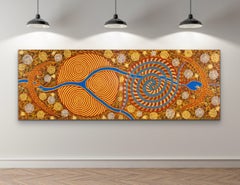 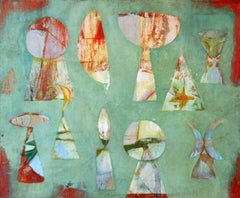 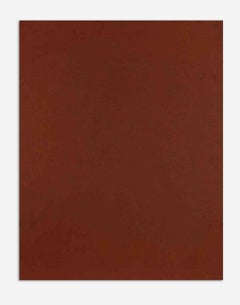 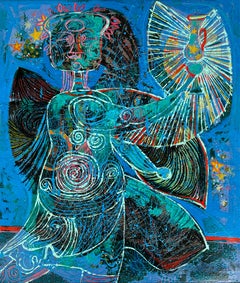 "Midnight Showdown on the Hogbacks" oil, spray paint & enamel on canvas 46x38"
Located in Southampton, NY
We are please to announce that we are now representing the Pop Art cowboy and cowgirl paintings of the artist Matt Straub. We at the gallery have been excited about the Pop Western ...
Category

Neon Love: BH - Abstract Painting with Mixed Media Floral Patterns and Gold
By Suk Ja Kang
Located in Chicago, IL
Abstract art experiments with the use of texture, tone, and light perception. Through abstract works, the artist expresses their feelings rather than particular objects or scenes. W...
Category

Maitri - Buddhist Graffiti Style Abstract Painting in Bright Blues & Greens
By Connor Hughes
Located in Chicago, IL
In Buddhism, maitri is the first of the four virtues that one must practice in order to dissolve any sense of a separate self, as a means of connecting to the divine within. Known as...
Category

"Landscape" Abstract Seascape Contemporary- oil paint- Art Made in Italy
By Marilina Marchica
Located in Agrigento, AG
Landscape oil on canvas 80x80 cm - Original Art My painting tells of the relationship between man, nature and time, the landscape, the sign and the trace, through the stripping, re...
Category

"After the Fire" - Mixed Media Composition in Clay and Acrylic on Wood
Located in Soquel, CA
Striking abstracted landscape by Linda West (American, b. 1953). A bold red landscape is dotted with the charred remnants of trees. The sky is a dull teal color, as if overcast with ...
Category

Linda West
"After the Fire" - Mixed Media Composition in Clay and Acrylic on Wood, 2017

Layer No.51 - Abstract painting
By Doris Marten
Located in Paris, FR
Indian ink on Alu-Dibond, 80 cm × 200 cm. The Layers Series is somewhere between two-dimensional image and three-dimensional object. The artist is querying the idea of illusion in th...
Category

Untitled I - Abstract Metal Art
By Frédérique Domergue
Located in Paris, FR
Untitled I (2014) by French contemporary artist Frédérique Domergue. Oxidized zinc and bronze leaves on a wood panel, 100 cm × 160 cm. Through polishing and oxidation, the artist be...
Category

Light'n'Lines No.8
By Doris Marten
Located in Paris, FR
German artist Doris Marten explores the visual effects created by the harmony between light and color. Lines and the light are the main components of her paintings. But in the Light'...
Category

Pink Painting (Building No.4) - Abstract painting
By Doris Marten
Located in Paris, FR
Oil on cotton canvas, 150 x 110 cm. Inspired by a digital phenomenon, the Pink Paintings series revolves around a notion of abstraction. The parallel lines, so characteristic of the ...
Category

B&W
By Angel Rivas
Located in CÓRDOBA, ES
The painting is shipped unstretched, roll in a tube I can make commissioned works_ -Specialist in large painting___ _intuitive painting, trying to share the happiness of the cre...
Category

Pale Edition No.01 (Sound & Vision series) - Abstract painting on vinyl
By Doris Marten
Located in Paris, FR
Oil on vinyl, diameter: 30 cm. In this last series Sound and Vision, the line remains the only motif of the compositions, but it is illustrated on a new medium which is none other th...
Category

d0110-1, Dripping series
By Ahn Hyun-Ju
Located in Paris, FR
d0110-1 by contemporary artist Ahn Hyun-Ju which is part of the “Dripping” series. Mixed media on aluminum, 200 x 123 cm. In this series of abstract paintings, the artist is toying ...
Category

LONo.9 - Abstract painting
By Doris Marten
Located in Paris, FR
Indian ink on Alu-Dibond, 40 cm × 51 cm. The Layers Series is somewhere between two-dimensional image and three-dimensional object. The artist is querying the idea of illusion in the...
Category

Set of Informalism landscapes with Oak Frame - TUSET (2017), 53 x 42 cm
Located in Carballo, ES
Black And White Informalism Landscapes is an original artwork realized by TUSET in 2017. This audition contains the set of the two framed paintings. Includes certificate of authentic...
Category 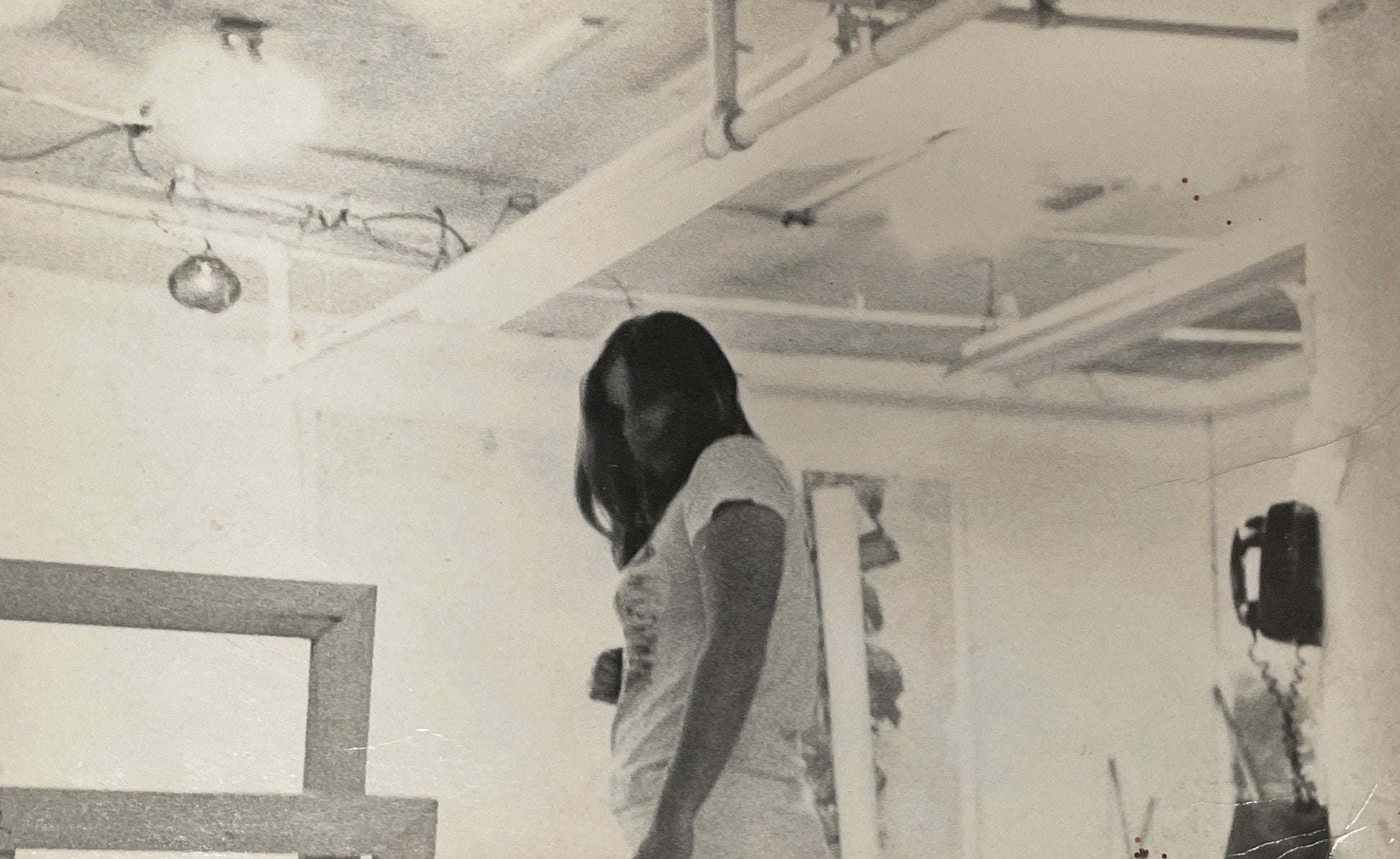 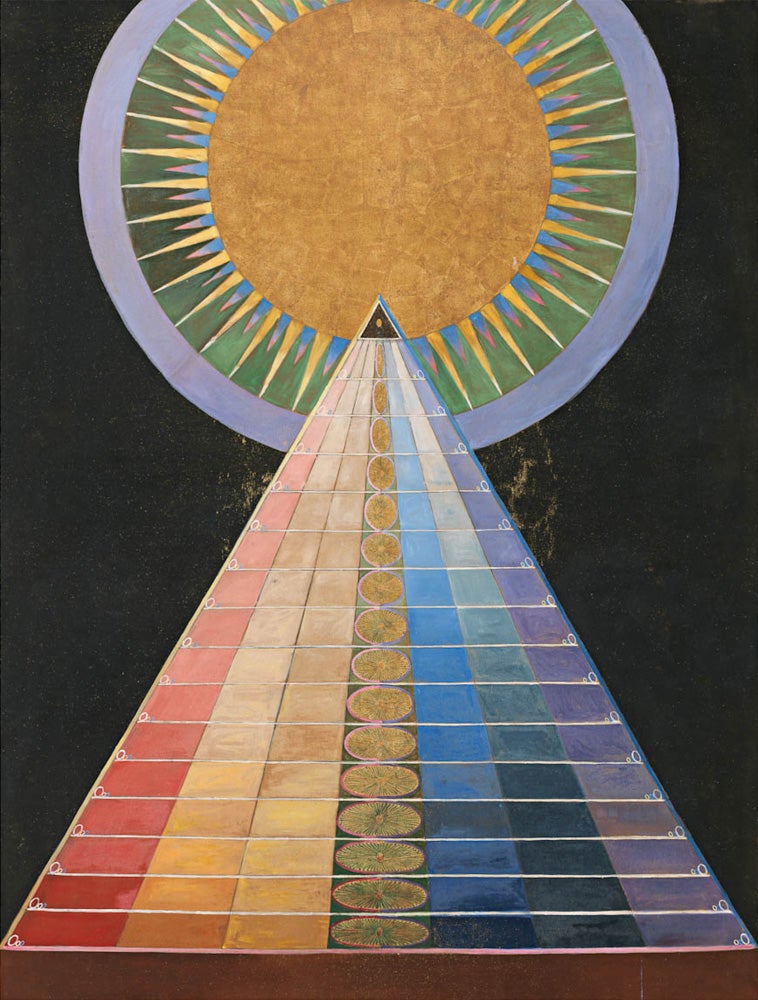 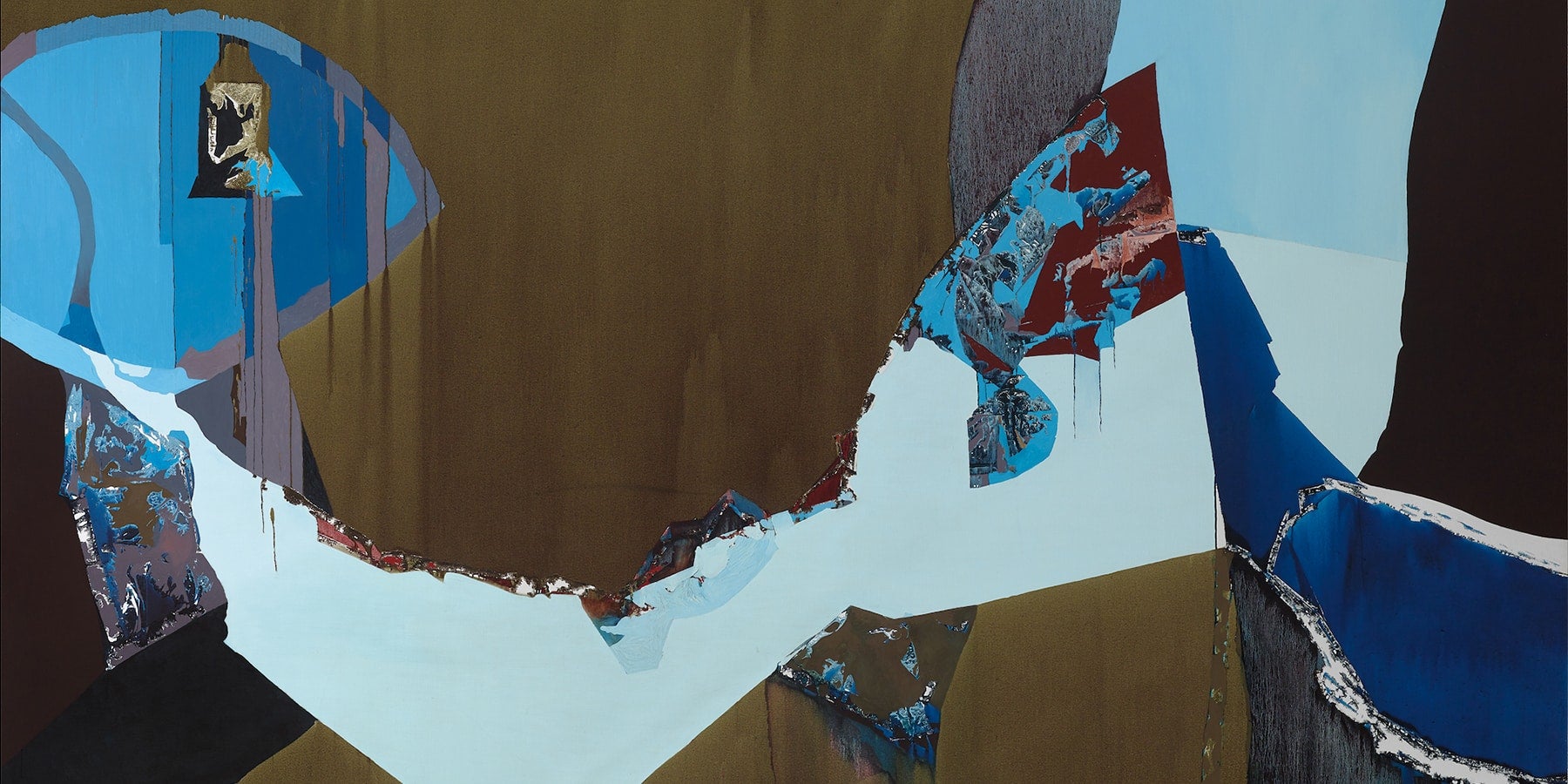 Dorothy Hood’s Boundless Abstractions Are Back with a Fierceness

Works from the impressive oeuvre of the largely unknown Texas native are now on view at Houston's McClain Gallery. 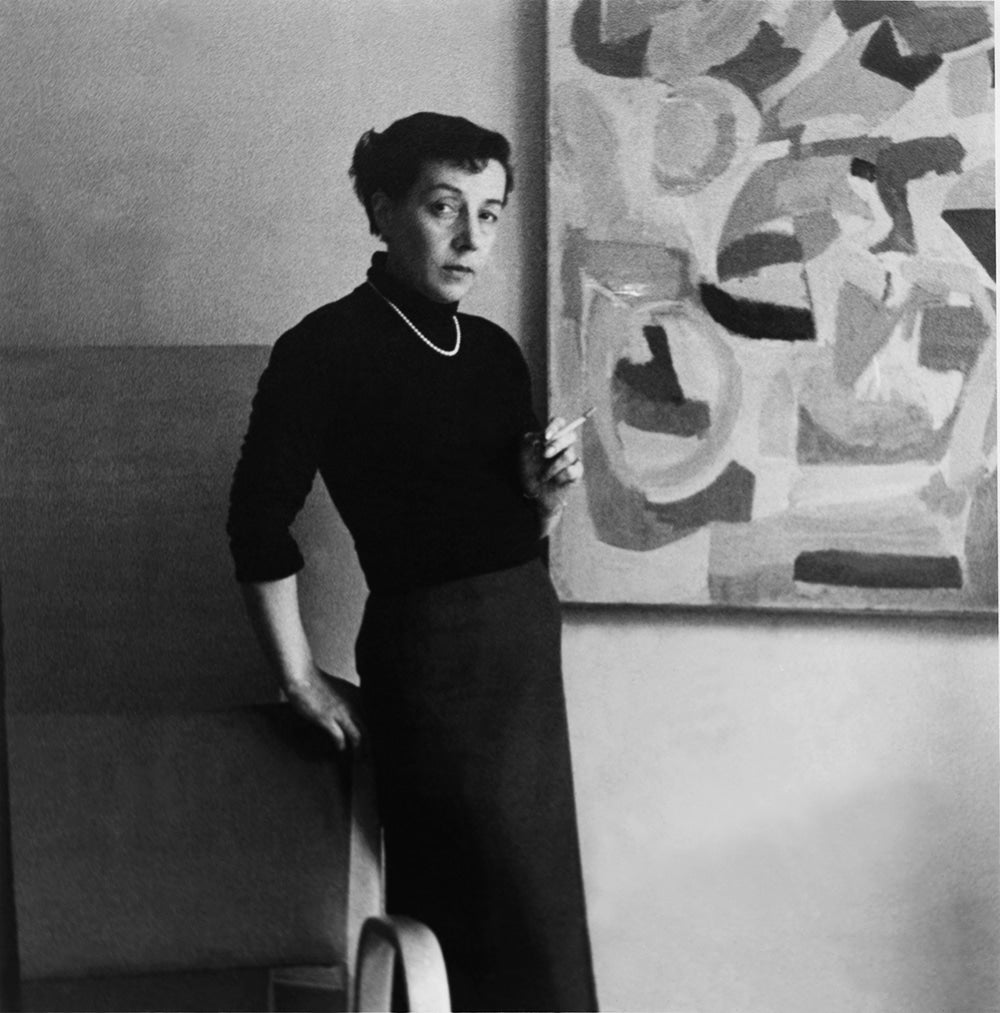 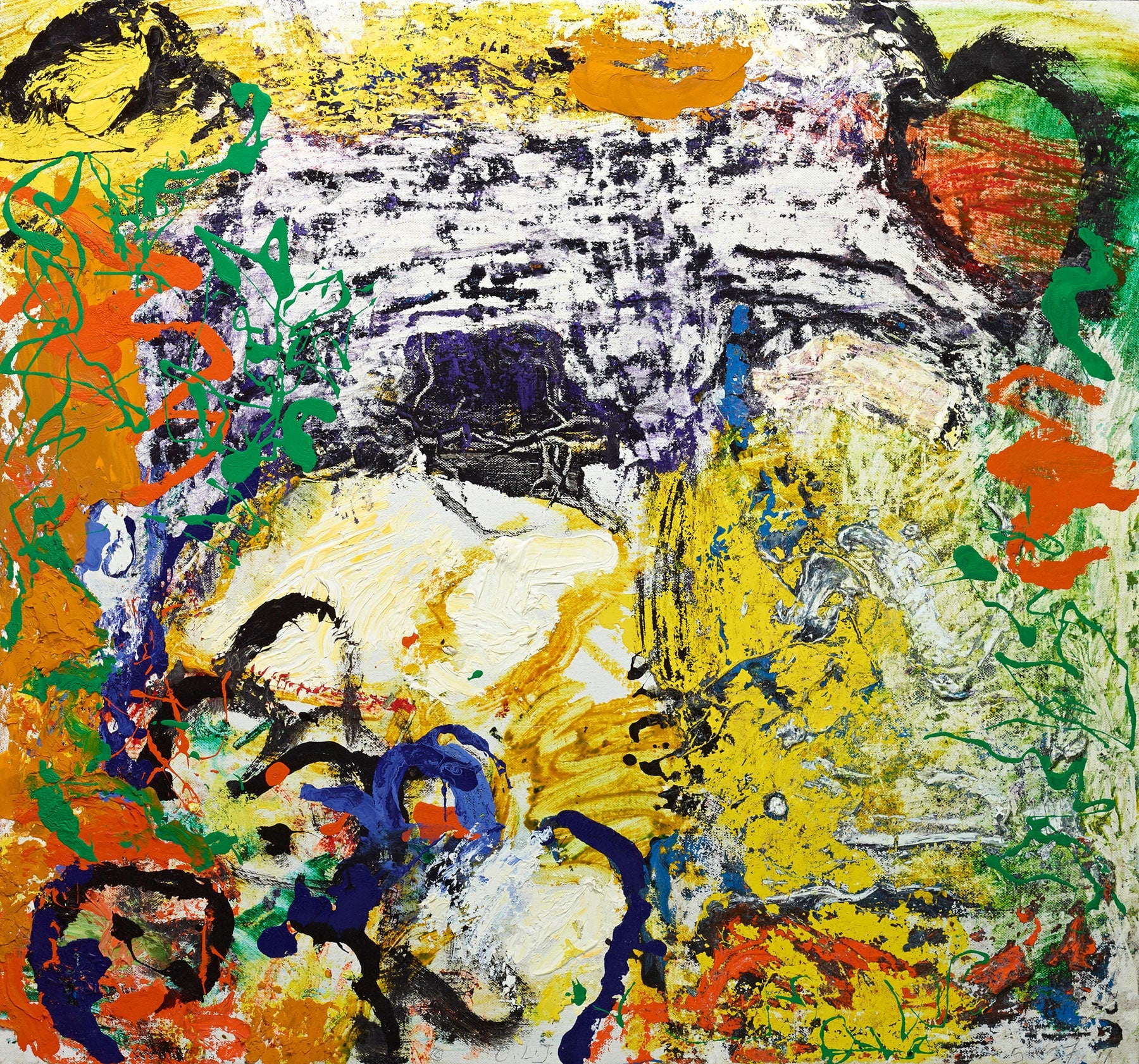 For Oliver Lee Jackson, Painting Is a Fierce and Sacred Matter

The artist and activist is the subject of a new show at Washington, D.C.'s National Gallery of Art.