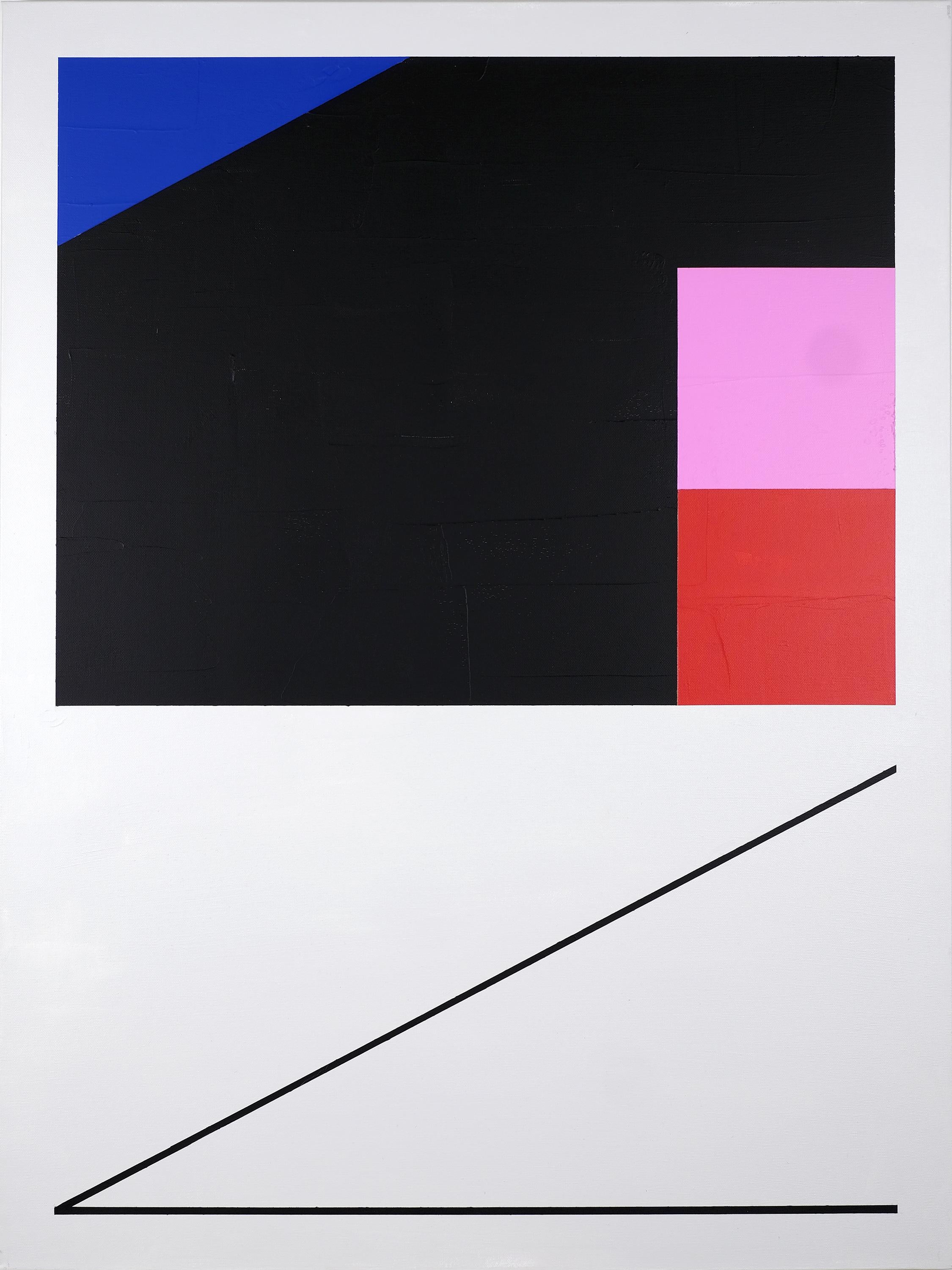 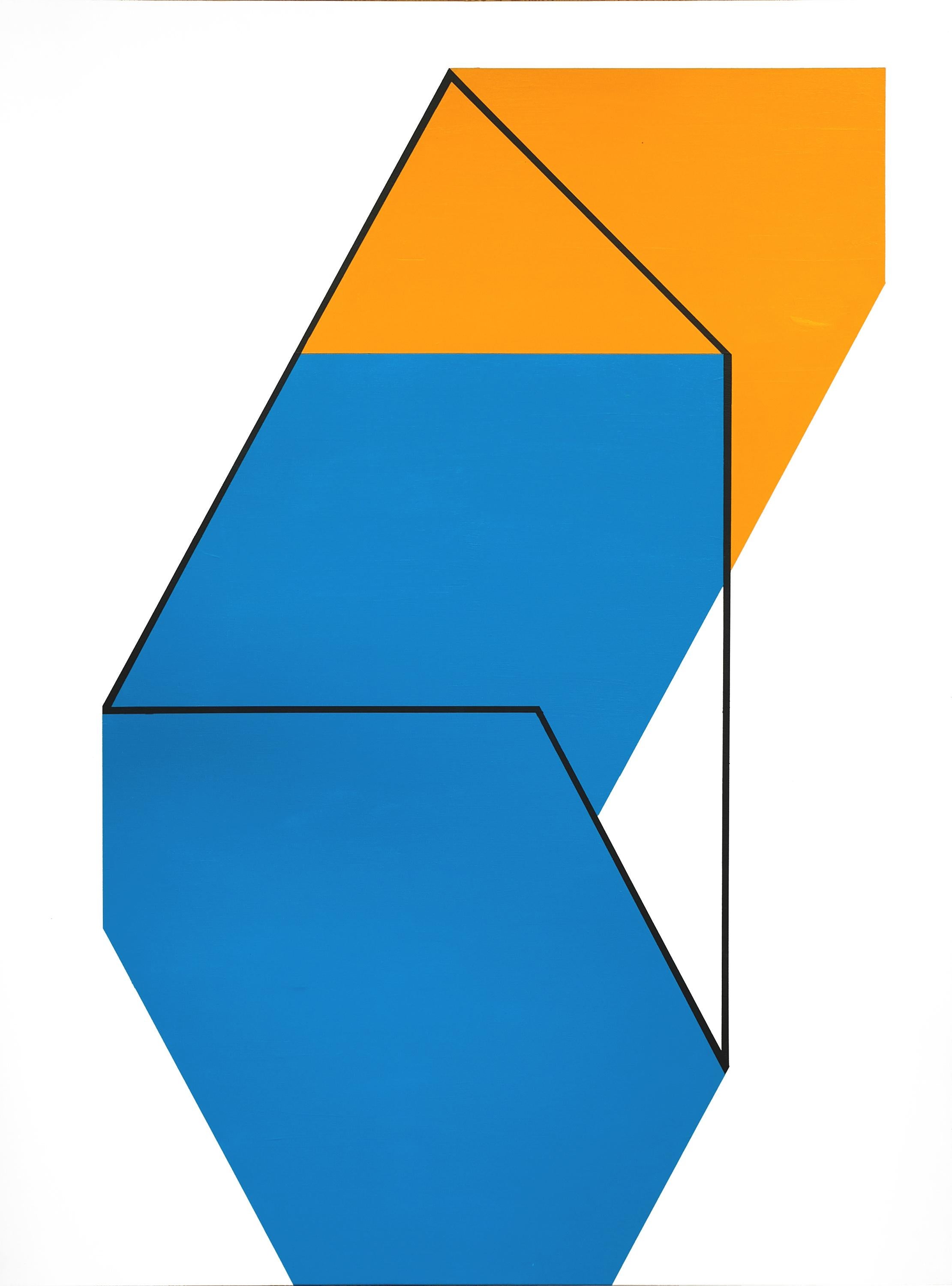 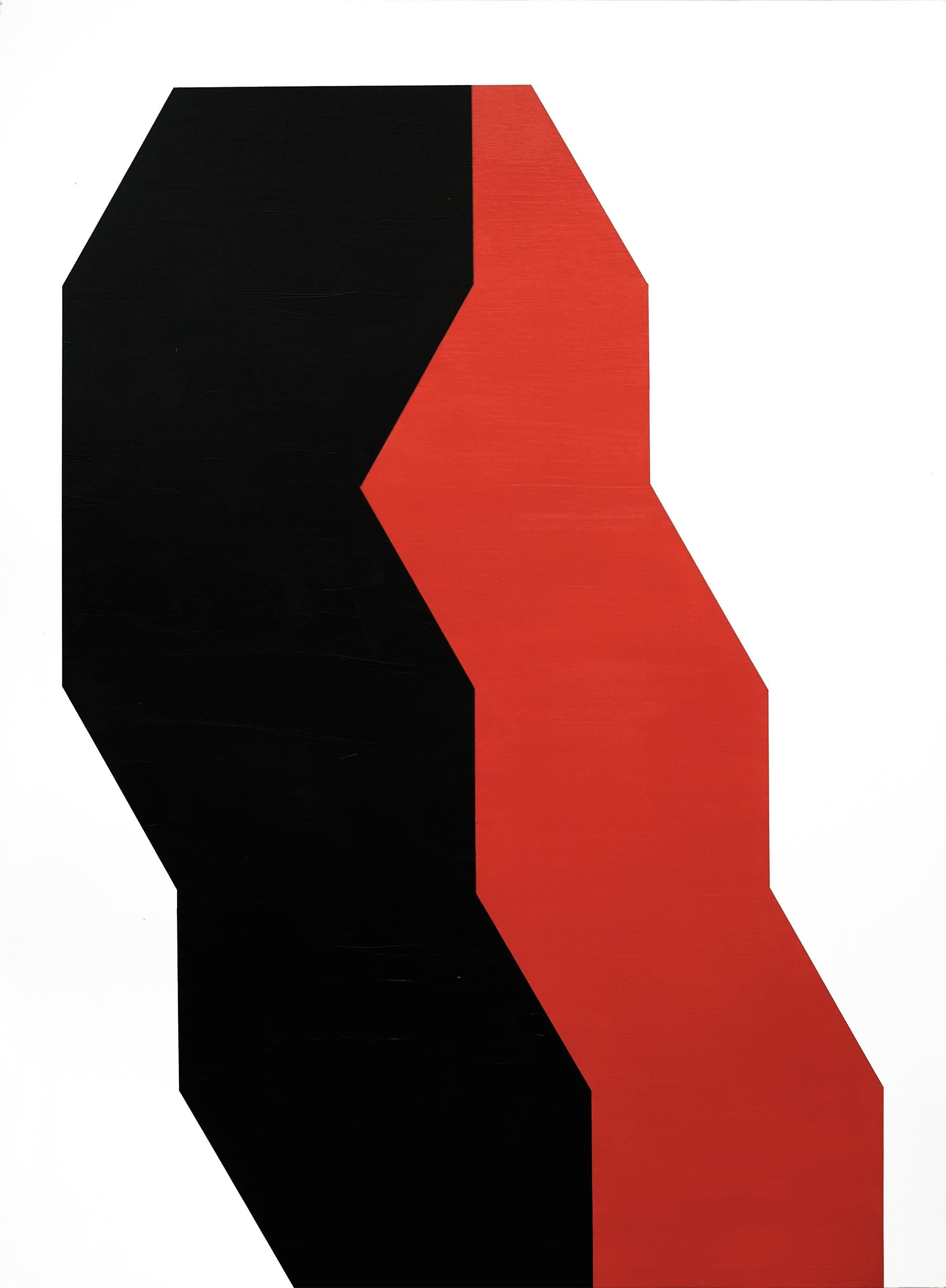 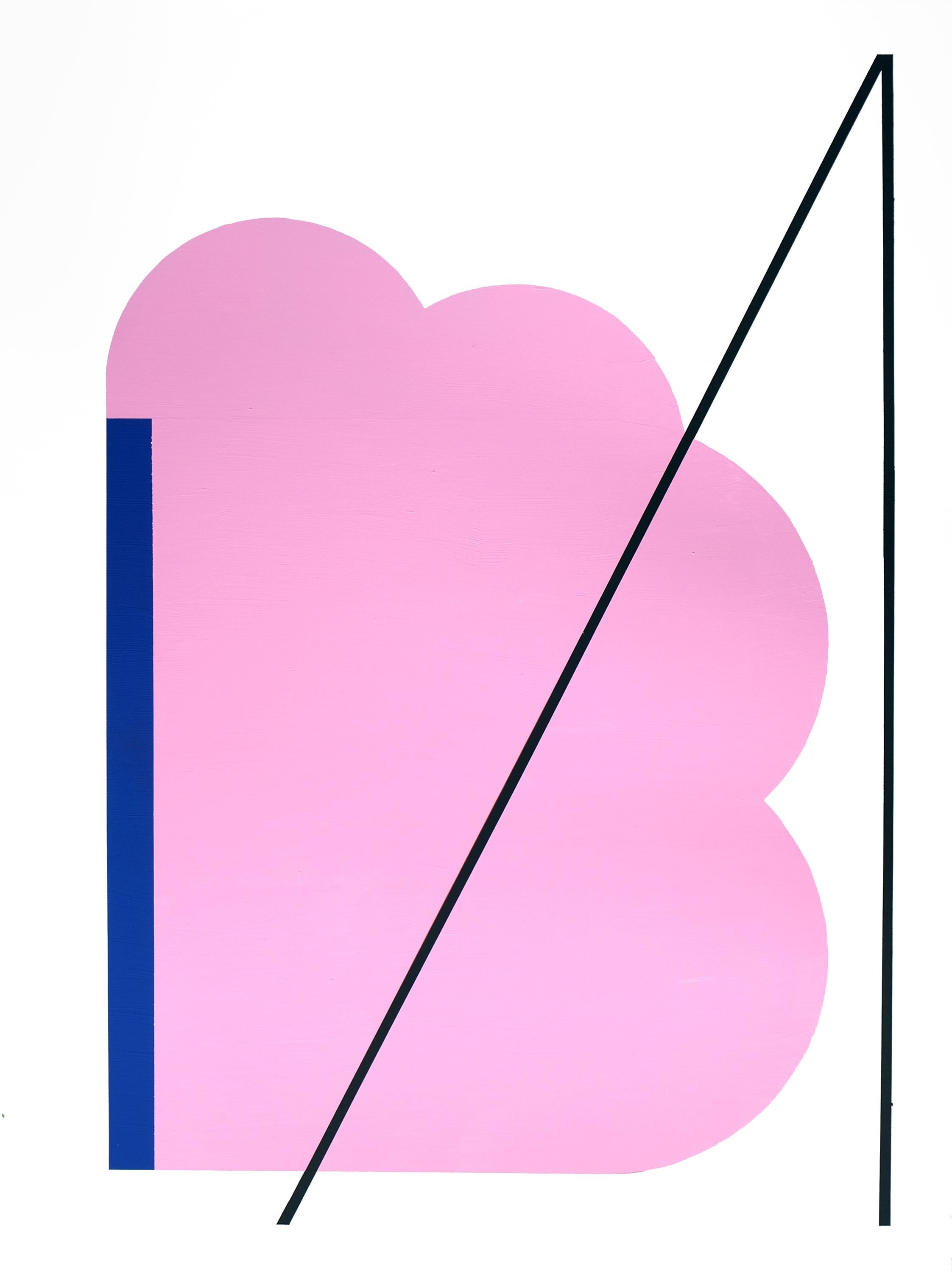 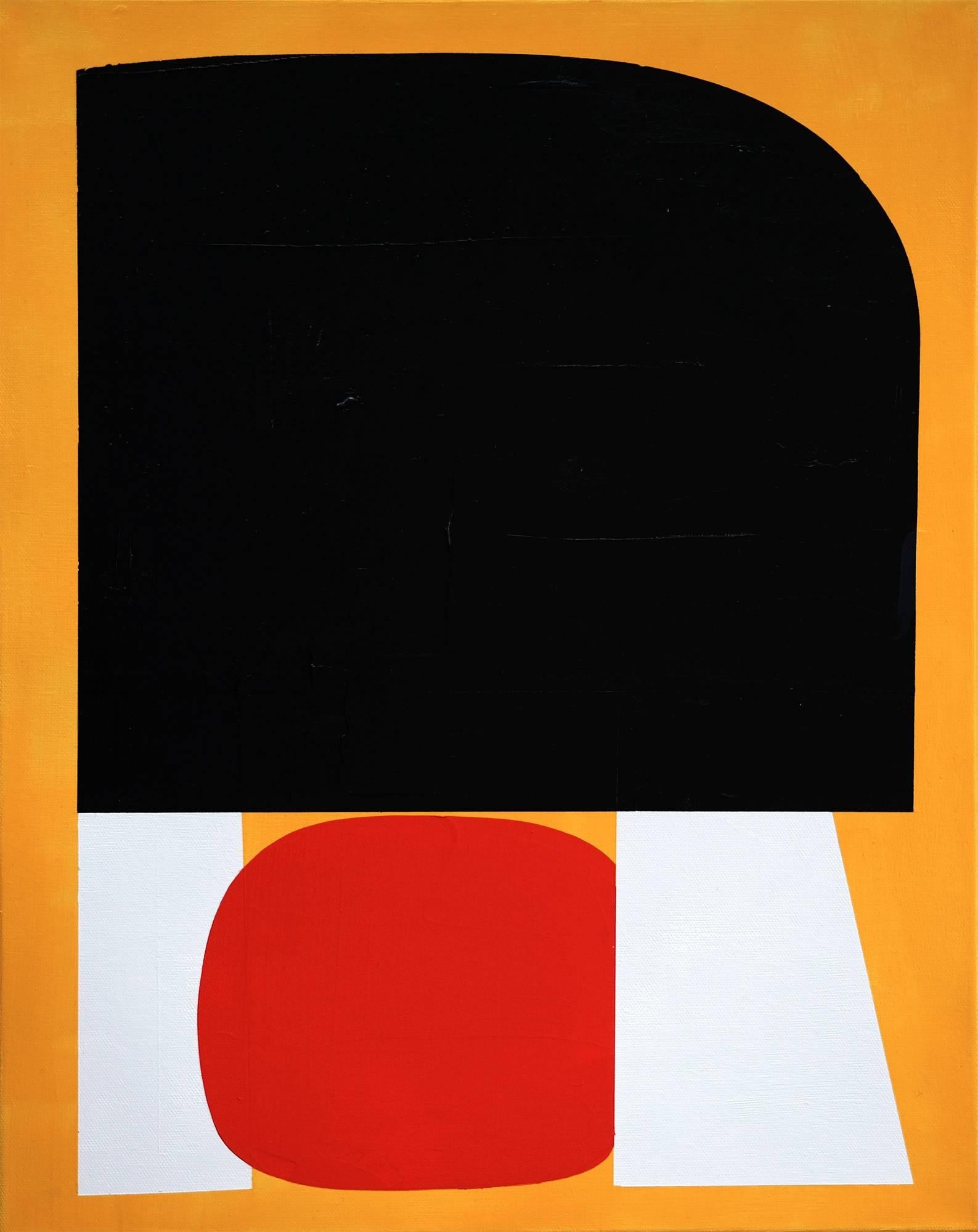 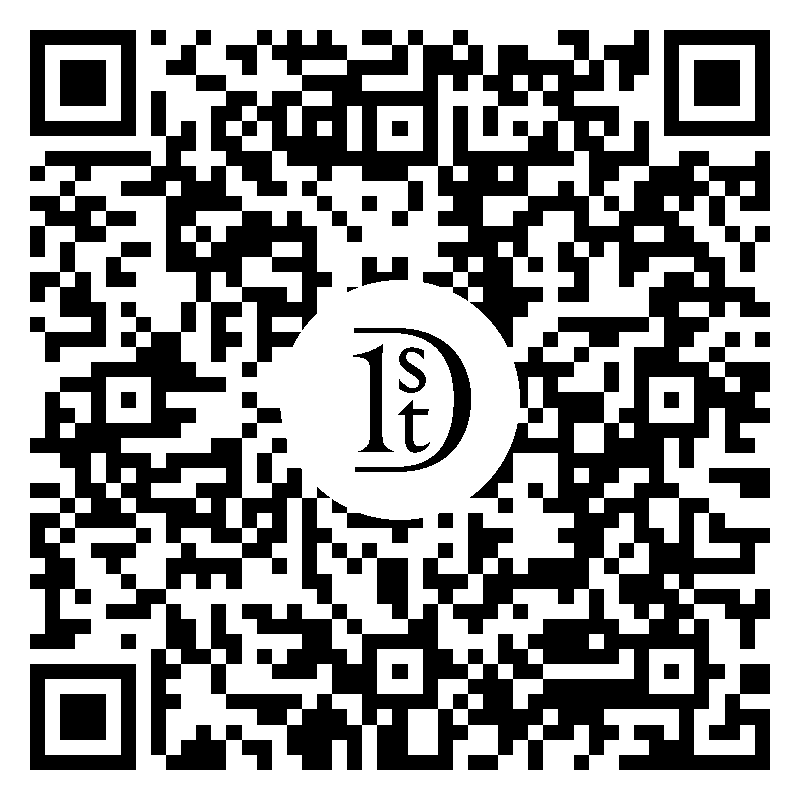 An original acrylic on canvas by American contemporary conceptual artist Julian Montague from the artist's Semi-Fictions series. The body of work included in Semi-Fictions, a new series of acrylic paintings on canvas, grew out of a project that was on view at Anna Kaplan Contemporary gallery in the Fall of 2017. “Fictions” was an exhibition that centered on Montague’s conceptual faux books, posters and other ephemera, which have been a large part of his art practice for the last several years. The show included over 100 posters and other printed materials related to a fictional 1970s art institution Montague has named “The Thorold Gallery.” The posters in the series depict a wide range of artists, artwork, exhibitions, and performances and in the process of creating the imagery, Montague worked with several different media, including painting. Montague has used the medium of painting in the past, in his “Features” series, for example, which are acrylic paintings on MDF and depict a selection of geological features and events that shape the physical landscape of the earth paired with text identifying the image. The paintings included in Semi-Fictions are pure geometric abstractions— bold, simple, compositions that no longer reference anything in reality. Montague has taken a cue from the hard-edged painters of the 1960s, while his palette often recalls two of the pioneers of geometric abstraction, Piet Mondrian and Kasimir Malevich. At the same time, Montague’s forms feel contemporary as ever and are very much in line with his graphic aesthetic. ABOUT THE ARTIST Julian Montague is known for his photography, design and installation work. This is the fourth solo show of Montague’s at Anna Kaplan Contemporary (formerly BT&C Gallery). The first, In Ruins, opened in June 2014 and presented work that is an extension of Montague’s vast ongoing project entitled Secondary Occupants, which explores the relationship of insects and animals with architecture and, ultimately, how their observed behaviors conceptually relate to psychological, human models. In Ruins included a small installation of Montague’s faux books that directly relate to the Secondary Occupants project. Montague has exhibited throughout the United States, Canada, and Europe. His work has received attention from Artnews, Art in America, Frieze, New York Magazine, The New York Times, The Toronto Star, the BBC World Service, and many others. He is represented in the collections of The Albright-Knox Art Gallery, The Burchfield Penney Art Center, Delaware North, The Margulies Collection at the Warehouse, and The Norton Museum of Art as well as numerous private collections. Montague’s instagram account (@montagueprojects), which focuses on modernist book covers, as well as the artist’s own projects, has a following of over 49.1K.[

1stDibs Buyer Protection Guaranteed
If your item arrives not as described, we’ll work with you and the seller to make it right. Learn More
About the Seller
4.9
Located in Buffalo, NY
Platinum Seller
These expertly vetted sellers are 1stDibs' most experienced sellers and are rated highest by our customers.
Established in 1970
1stDibs seller since 2015
1,913 sales on 1stDibs
Typical response time: 2 hours
More From This SellerView All
You May Also Like