Items Similar to "Valentine's Day I"
Lamar Briggs - "Carioca No. 1" 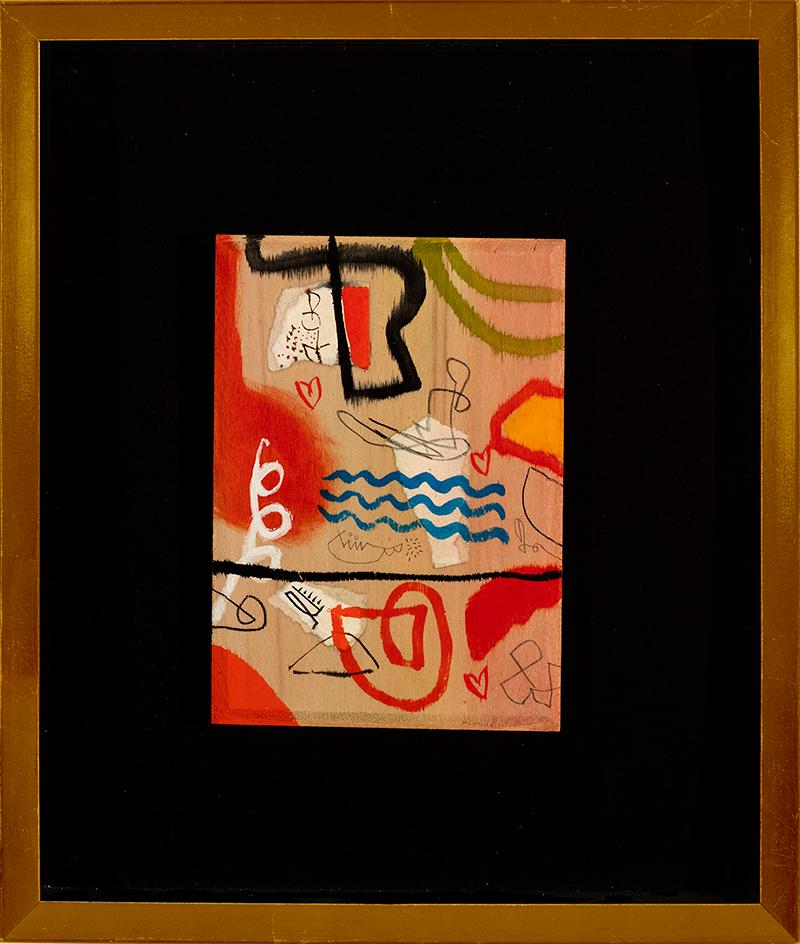 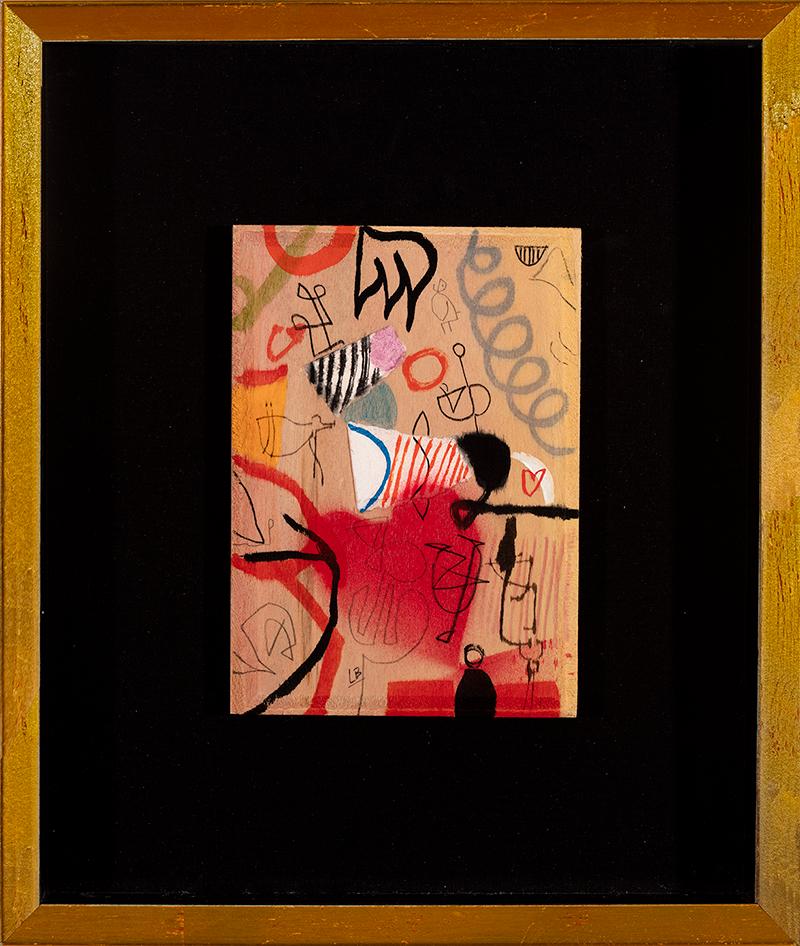 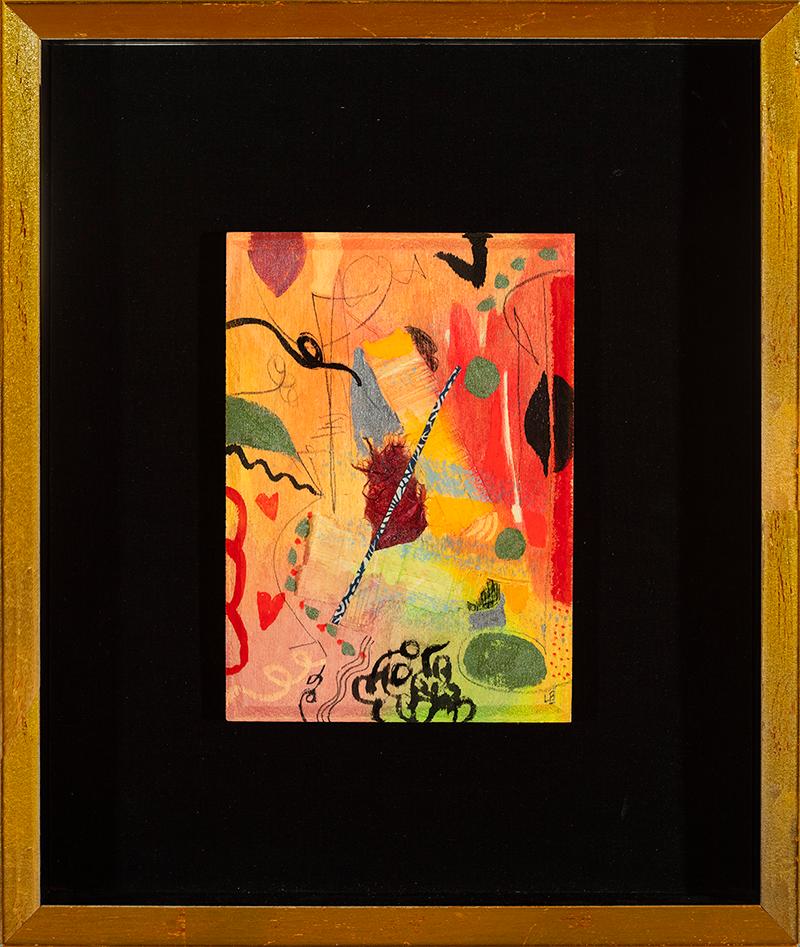 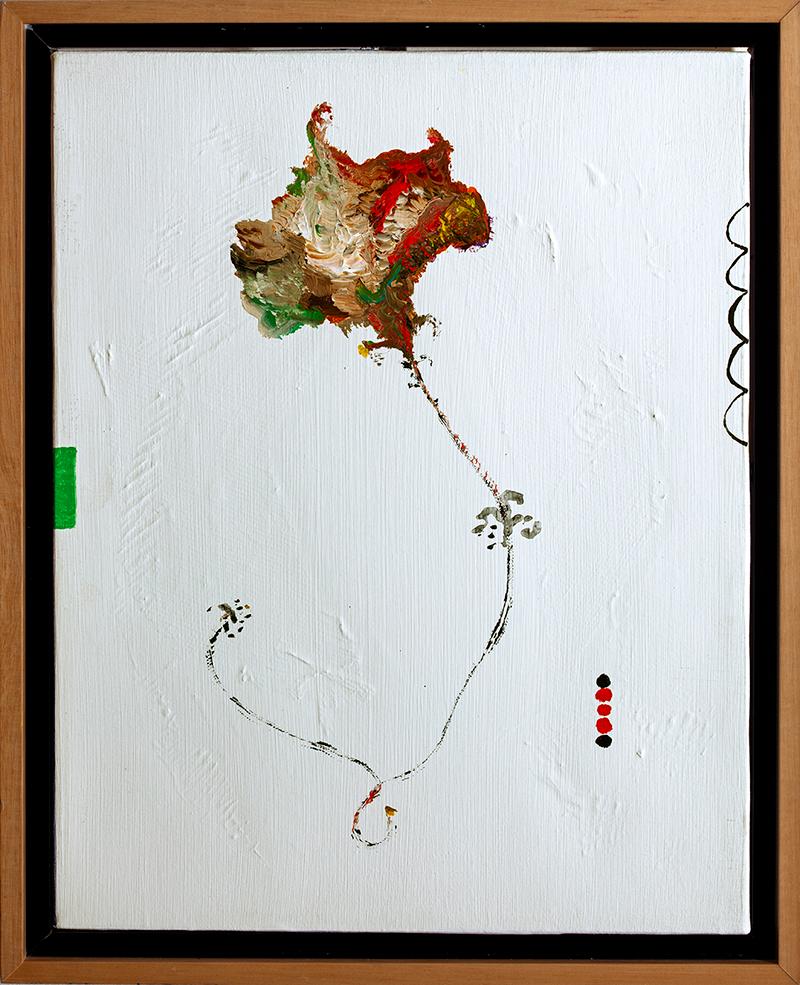 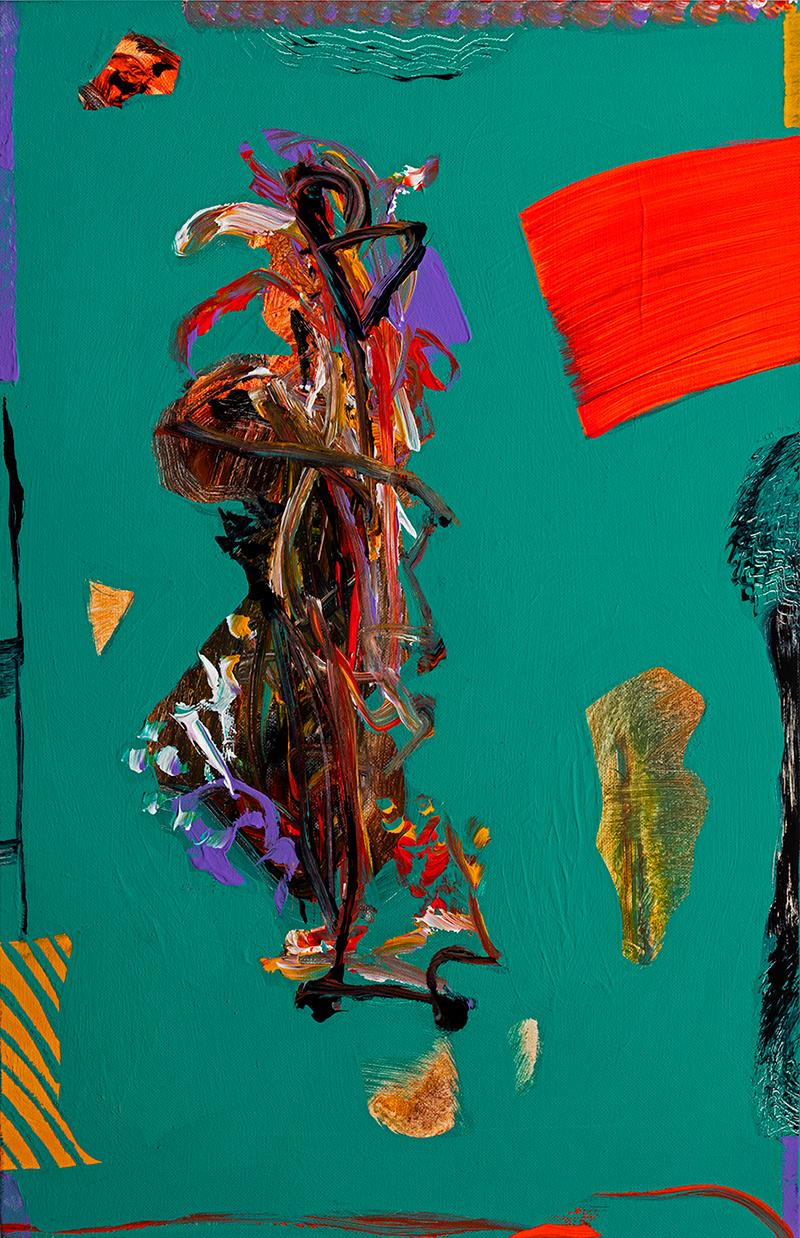 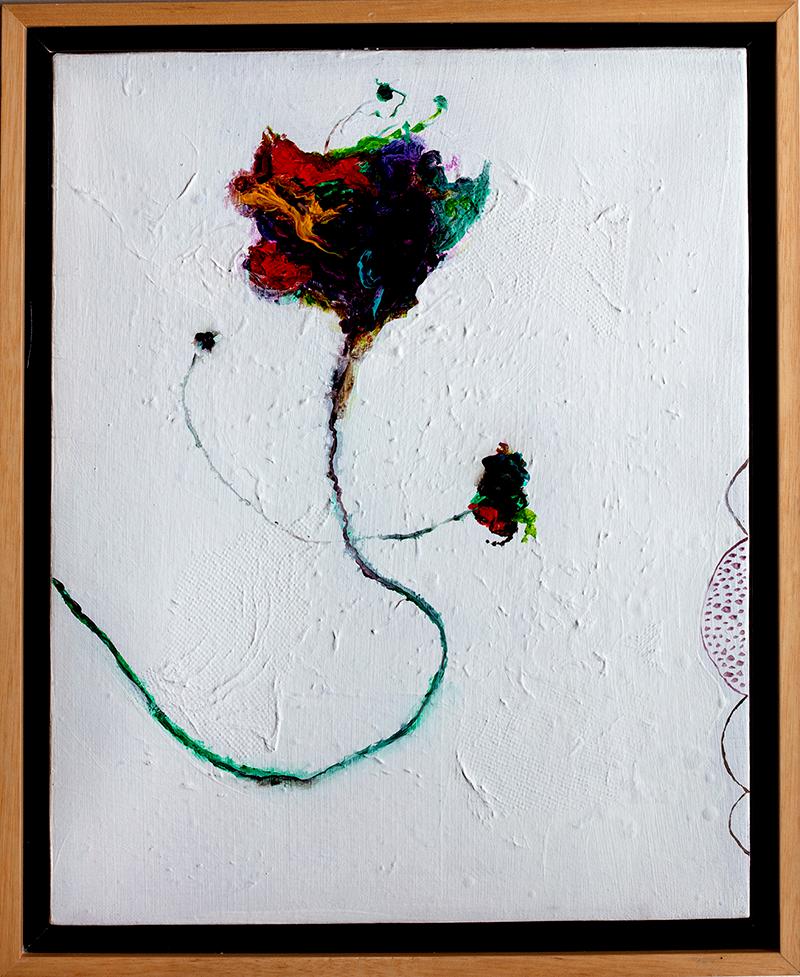 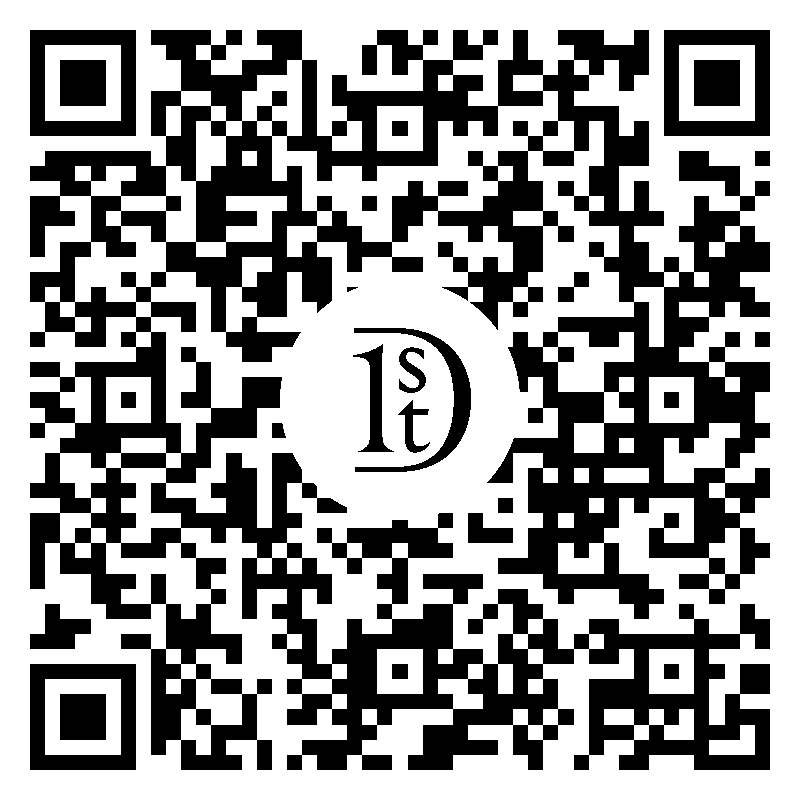 Lamar Briggs (1935 – 2015) Abstract artist, Lamar Briggs, was born November 13, 1935 in Lafayette, Louisiana. He initially attended the University of Southern Louisiana for architecture before transferring to the University of Houston in pursuit of painting. He eventually graduated from the Colorado Institute of Art in 1960 and was later inducted into their Hall of Fame in 2005. After graduating, Briggs returned to Houston and began working as a graphic designer and associate art director at KTRK-TV, Channel 13. The president of the station, Willard E. Walbridge, noticed Briggs’ talents and immediately offered use of a studio in the building. Although Briggs wished to work on his art solely, there were no government grants being offered to individual artists in Texas at this time. With the help of Walbridge, Briggs devised an alternative ensuring financial stability by selling stock in his paintings and future success to interested investors. This association of shareholders, consisting of 18 investors, was called “Club Trieze”, after Channel 13. With the funds procured from “Club Trieze”, Briggs was able to spend six months traveling abroad studying. In 1969, Briggs quit his job as associate art director to become a full-time artist. Briggs received the 1963 “Ford Foundation Purchase Award” in an exhibition hosted at the Houston Museum of Fine Arts. This exhibition was judged by Alexander Calder, James Brooks, and James Johnson Sweeney and presented by Willem de Kooning. By the early 1970s, Briggs was already gaining a reputation for his colorist abstractions and began to experiment in acrylic paint. His style was heavily influenced by nature and music. During his long career, he exhibited internationally in Canada, Mexico, England, Germany, Switzerland, and Hungary and participated in more than 140 exhibitions. In 1982, he was included in a group show at the Zimmerli Art Museum in New Brunswick, New Jersey on Printmaking Studios presented by Rutgers University Archives. This exhibit traveled across the United States for several years after its opening. Briggs was also featured in “The Houston Century (Top Artists of the Century)” in the Houston Chronicle in 1999. Briggs’ career was marked with constant experimentation in medium, color, and movement. His abstractions were produced as paintings, monotypes, watercolor, bronze sculpture, woodcut, and tapestry. He often combined fluid motions, sensitivity for brushstroke, and contrast of vivid colors and soft pastels in his lush abstract compositions. 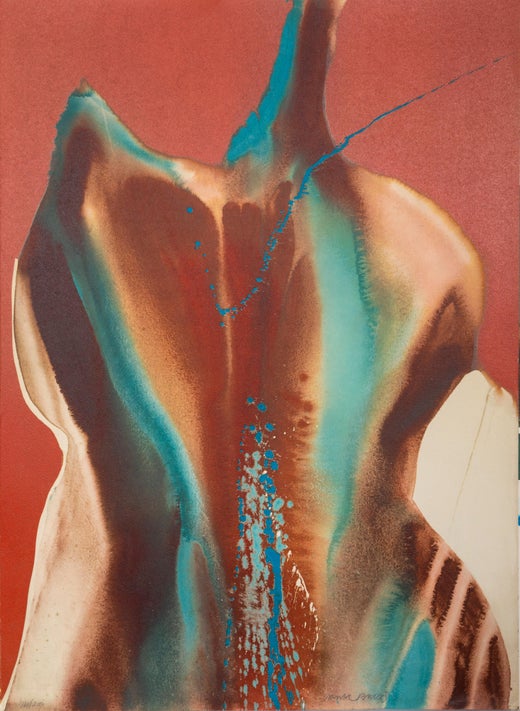 Lamar Briggs was born in Lafayette, Louisiana. He attended University of Southern Louisiana, University of Houston and graduated from Colorado Institute of Art. Lamar’s work is internationally acclaimed, and he is known worldwide as a colorist inspired by music and nature. By 1972, Briggs started coming into his own as a proﬁcient colorist and was invited to exhibit both solo and in group shows nationally and internationally; he has participated in more than 140 group and solo exhibitions. Briggs’s talents as an abstract artist have been applied to paintings, monotypes, watercolors, bronze sculpture, woodcuts and tapestry.

1stDibs Buyer Protection Guaranteed
If your item arrives not as described, we’ll work with you and the seller to make it right. Learn More
About the Seller
5.0
Located in Lambertville, NJ
Vetted Seller
These experienced sellers undergo a comprehensive evaluation by our team of in-house experts.
1stDibs seller since 2014
33 sales on 1stDibs
Typical response time: 1 hour
More From This SellerView All
People Also Browsed
You May Also Like