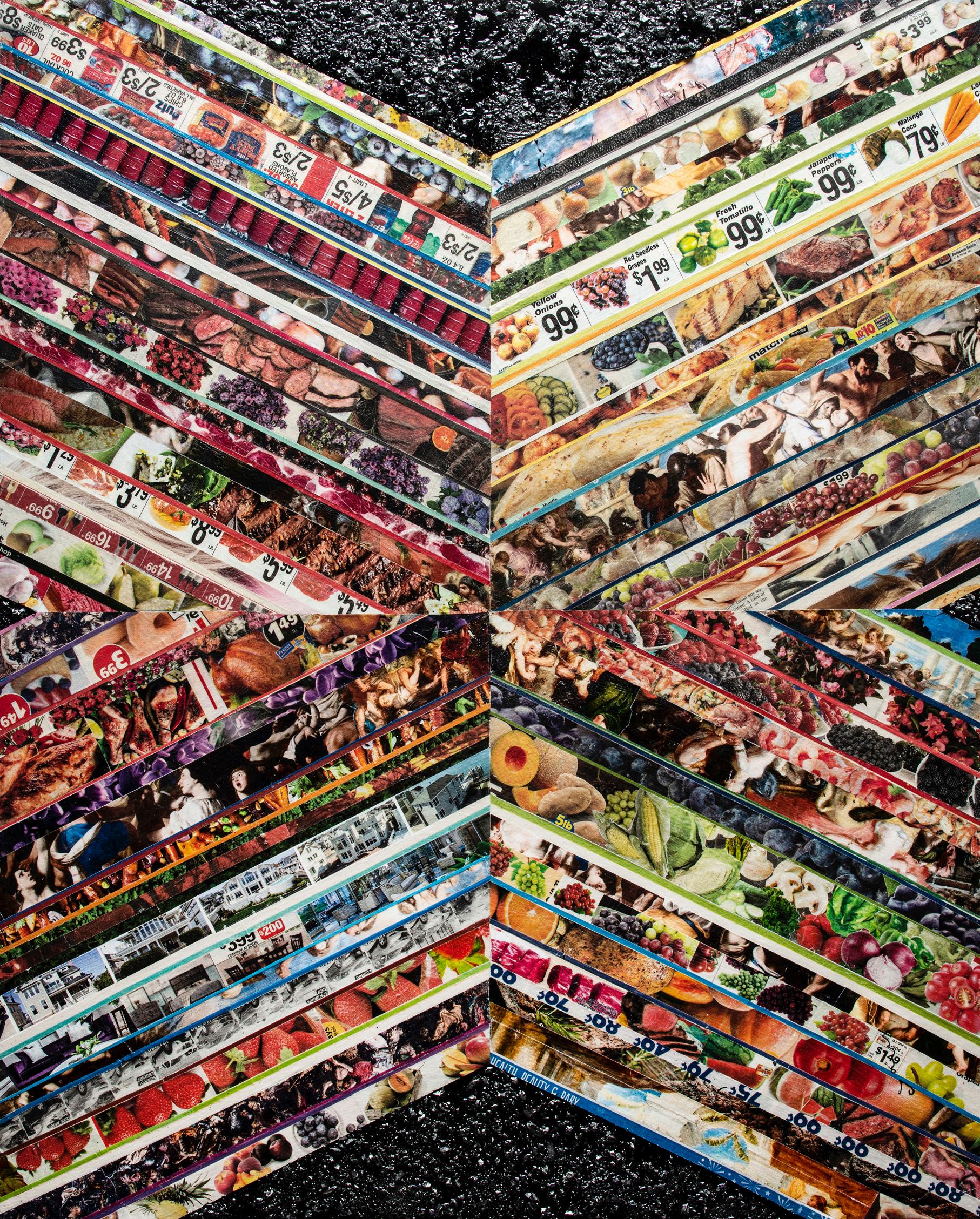 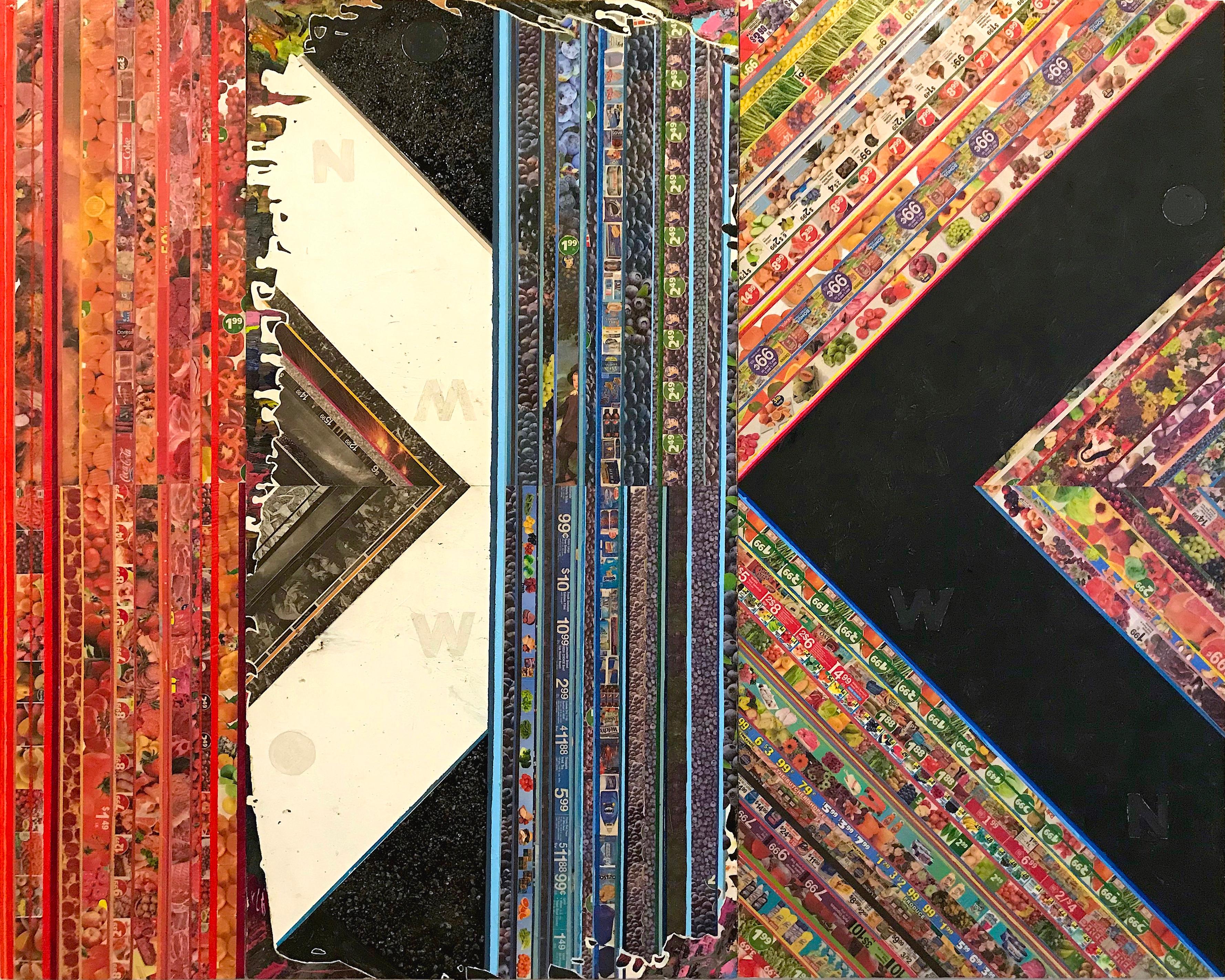 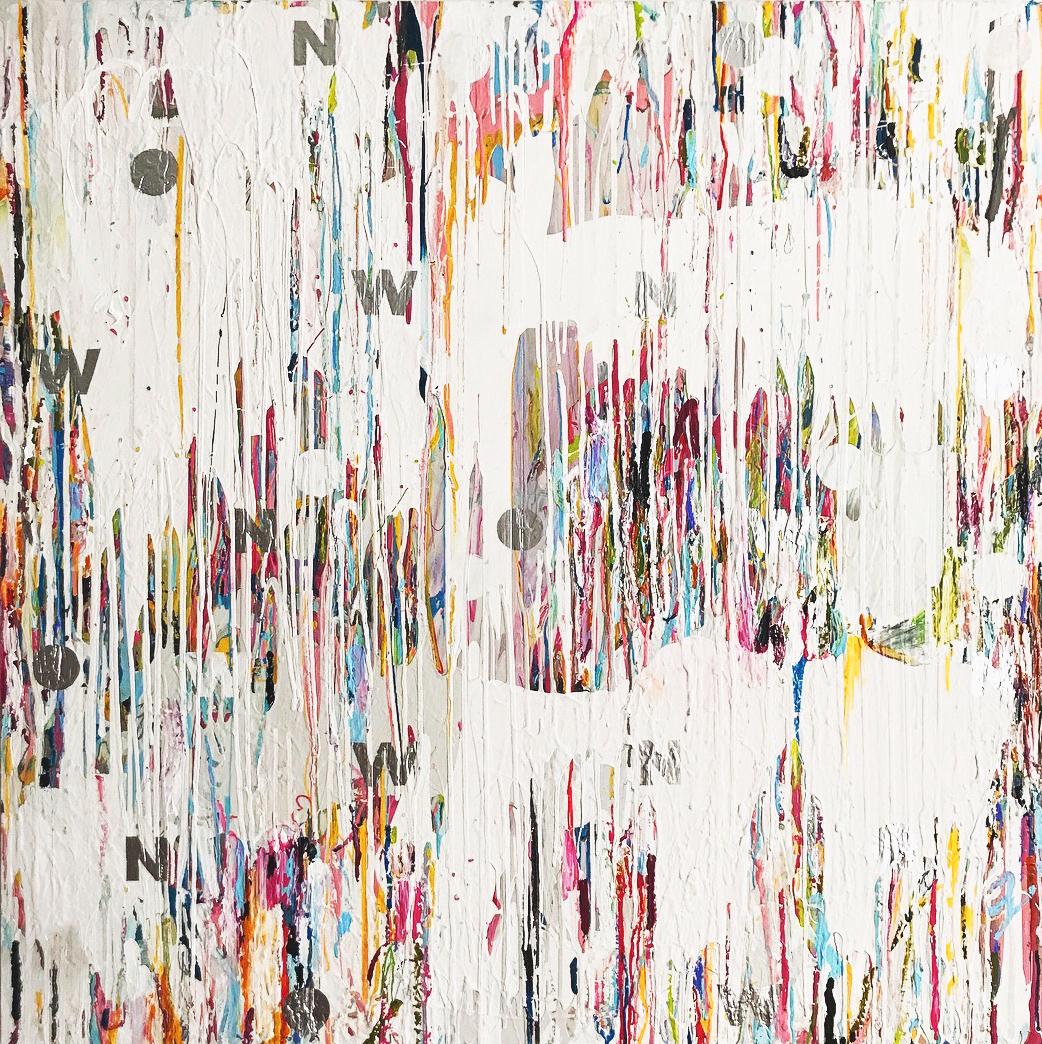 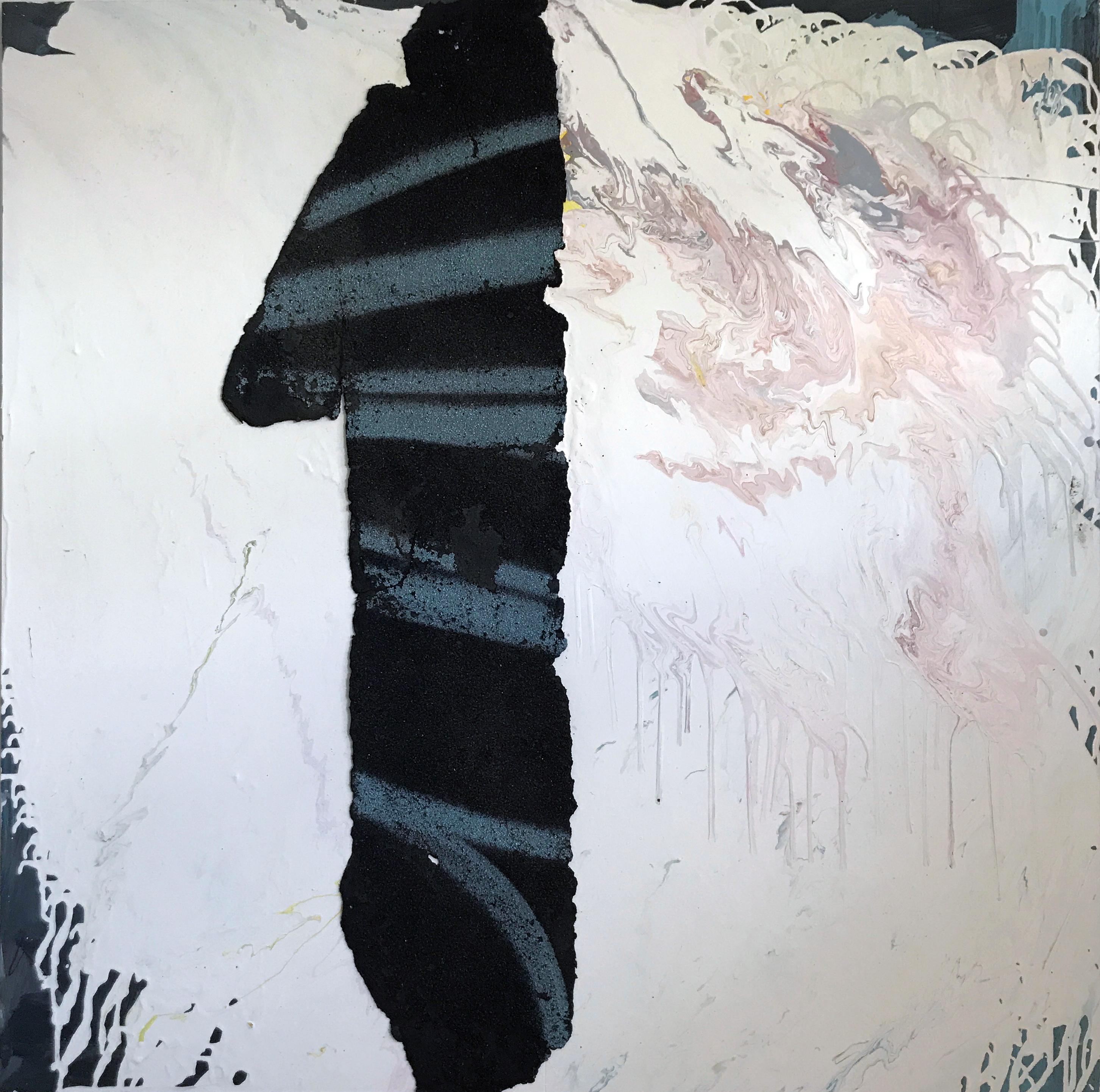 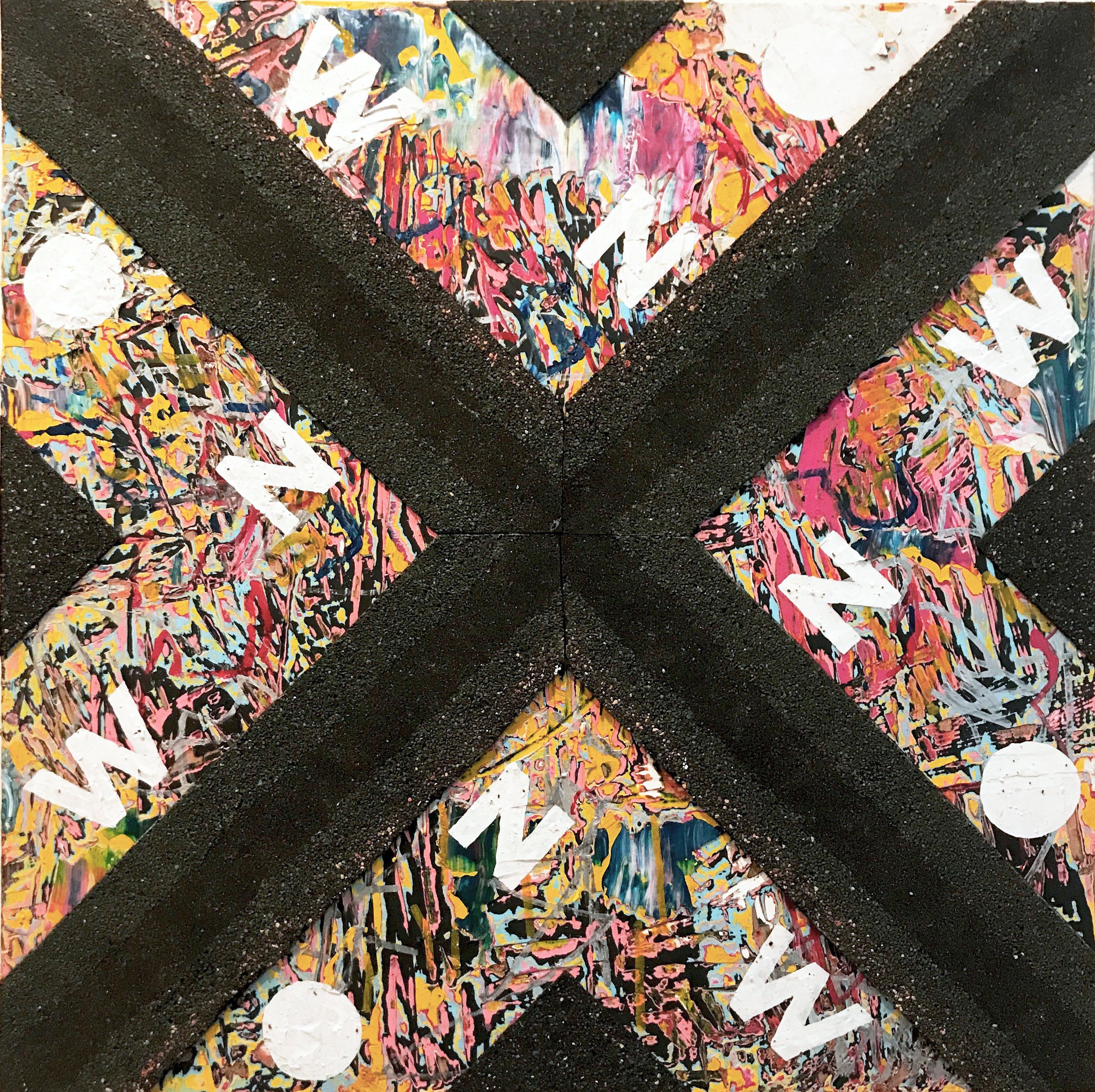 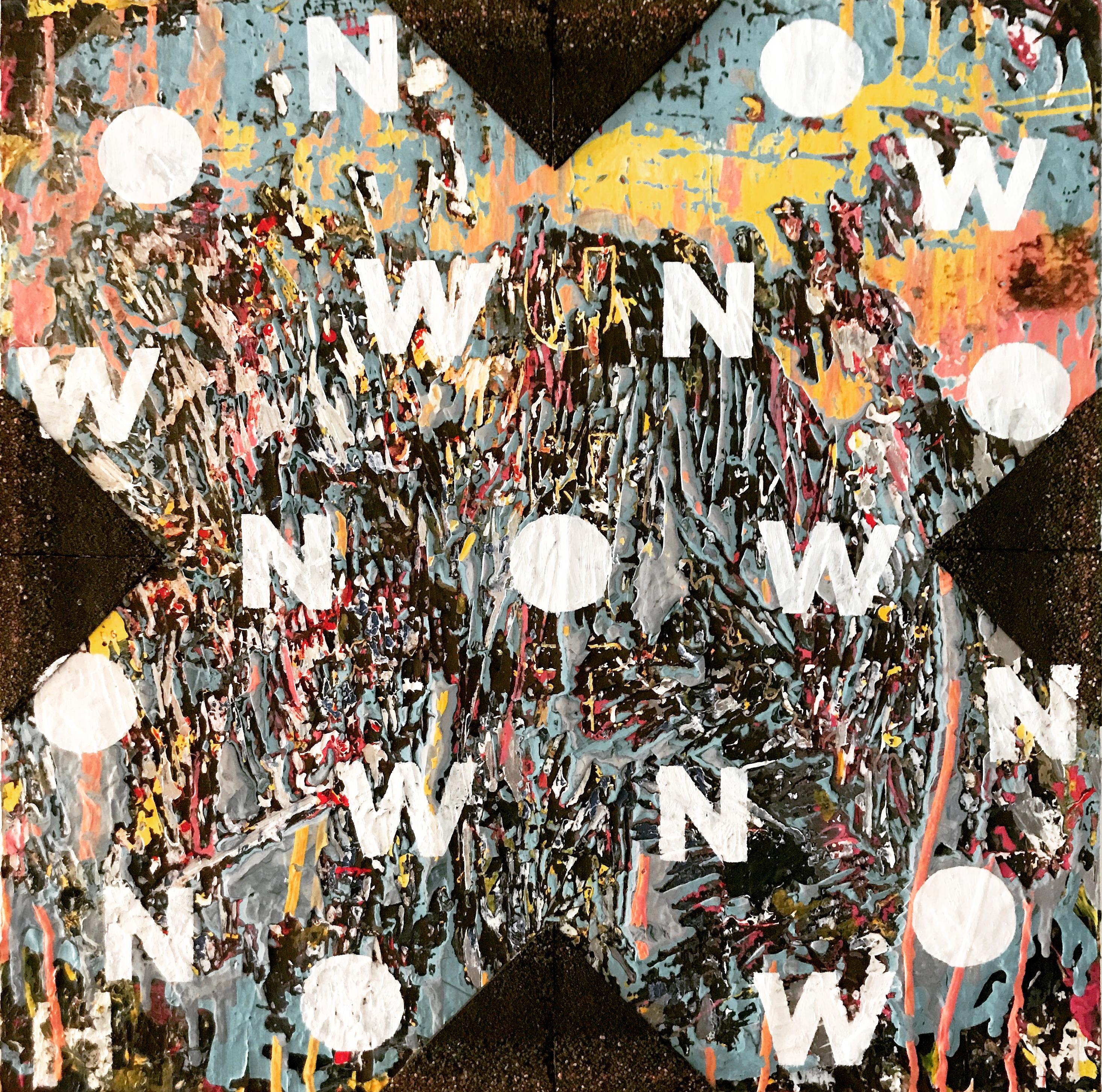 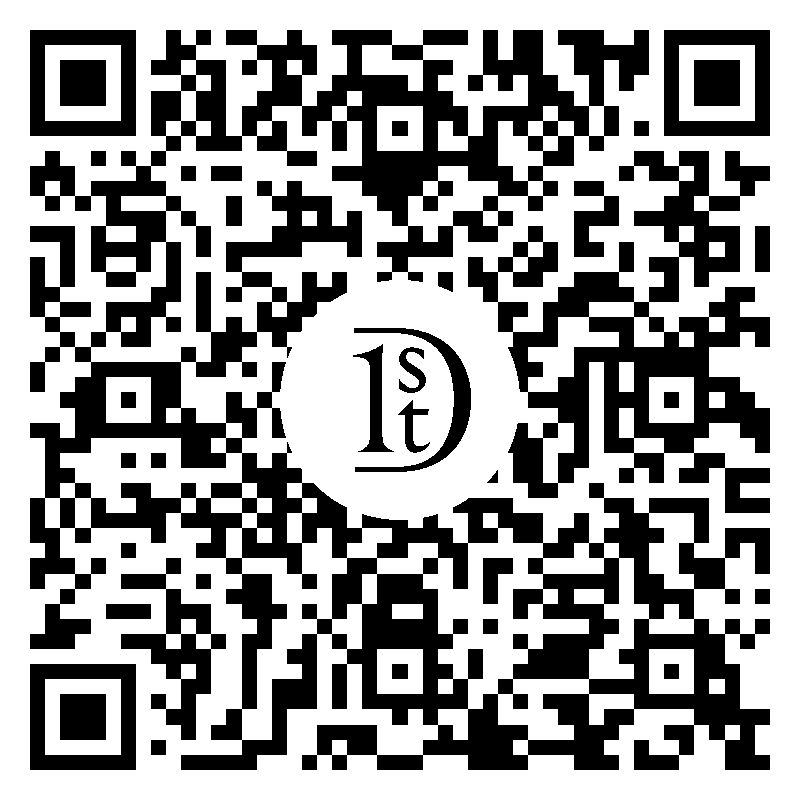 Mat Tomezko's "Price" series of mixed media paintings are constructed from periodicals, circulars, acrylic, asphalt, and coal on panel. Using mostly found materials and imagery such as coupons from circulars and community newspapers, Tomezsko weaves together a wide range of themes. His work records patterns of consumption and their effects, and shows how a wide breadth of issues are interrelated. The series reimagines materials that are so ubiquitous they are almost invisible. Circulars are distributed weekly and are often seen strewn about the street. Asphalt makes up our physical surroundings and coal powers our daily lives. The materials are visually and conceptually linked as forces of both creation and destruction. This painting is signed and dated on the back. Exhibited: "Wynorrific Times: Roberto Lugo and Mat Tomezsko" at Wexler Gallery, Philadelphia (2019). Reviews: “Street Cred, in Paint and Ceramics”, Edith Newhall, The Philadelphia Inquirer, 2019 and "The Terrible and the Beautiful, Lugo and Tomezsko’s ‘Wynorrific Times’ at Wexler Gallery", Natalie Sandstrom, Artblog, 2019. Tomezsko is an artist from Philadelphia who creates abstract paintings, public art installations, and community art projects based around participation and everyday visual language. His approach to composition is informed by mid-century formalism and conceptualism. His work was recognized by the 2017 Americans for the Arts Public Art Network Year in Review for outstanding public art. Tomezsko’s work has been exhibited at numerous art spaces regionally and nationally, including the Crane Arts, Woodmere Art Museum, the Center For Emerging Visual Artists (CFEVA), and Wexler Gallery in Philadelphia; Lillstreet Art Center in Chicago, IL; the Delaware Contemporary in Wilmington, DE; and Thomas Hunter Projects in New York, NY. He has created several notable public art projects including "14 Movements: A Symphony in Color and Words," a mile-long temporary mural installed in downtown Philadelphia during the 2016 Democratic National Convention; "Look Long and Look Good," a series of 30 paintings currently installed along Main Street in Manayunk; and "Flowering Axes," a mural in the 5th Street Vehicular Tunnel underneath the Ben Franklin Bridge. His work is in the collection of The Wharton School at The University of Pennsylvania, Fox School of Business at Temple University, Capital One in Wilmington, DE; and various private collections. 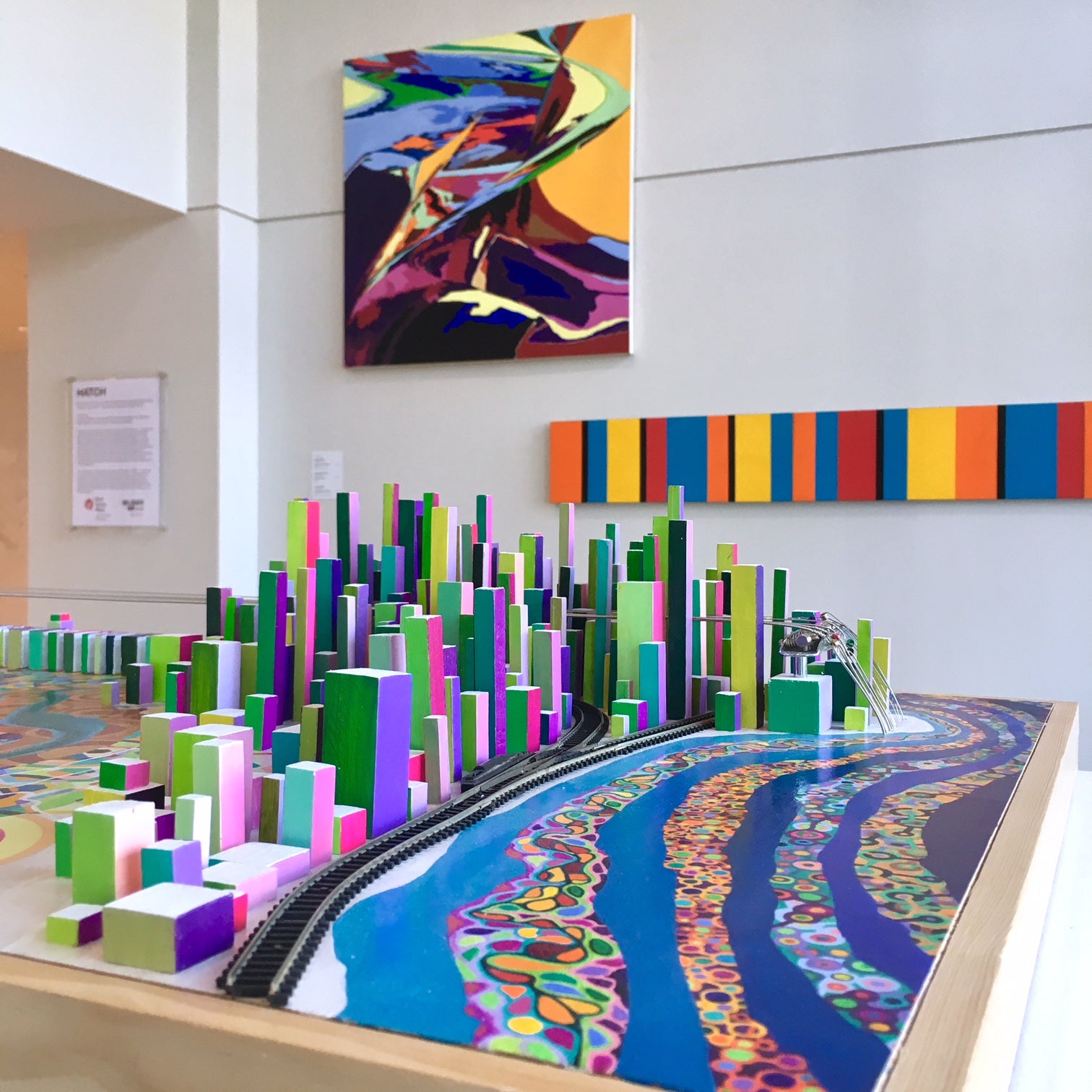 About the Seller
5 / 5
Located in Bryn Mawr, PA
Vetted Seller
These experienced sellers undergo a comprehensive evaluation by our team of in-house experts.
Established in 2014
1stDibs seller since 2020
5 sales on 1stDibs
Typical response time: 1 hour
More From This Seller