Items Similar to Dirndl - portrait of a model in a traditional Bavarian dress
Ellen von Unwerth - Bitch! model on the floor with red lips and high-heels 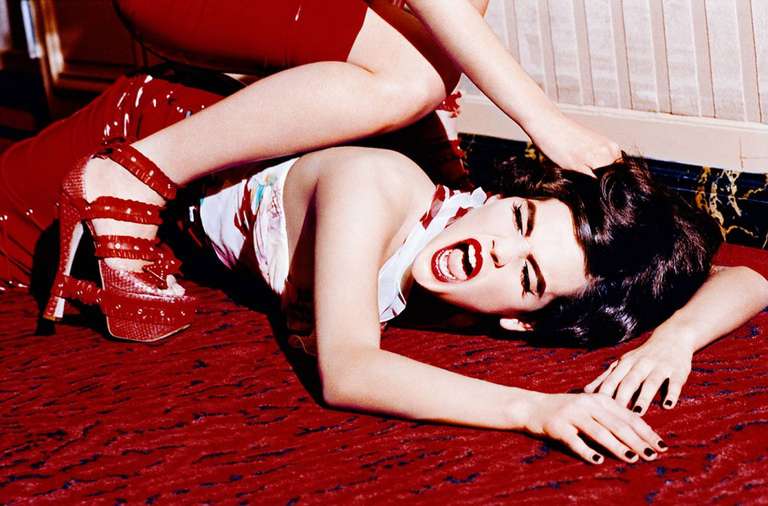 Ellen von Unwerth - Madonna - the superstar with tights dresses as a bunny, before a gold curtain 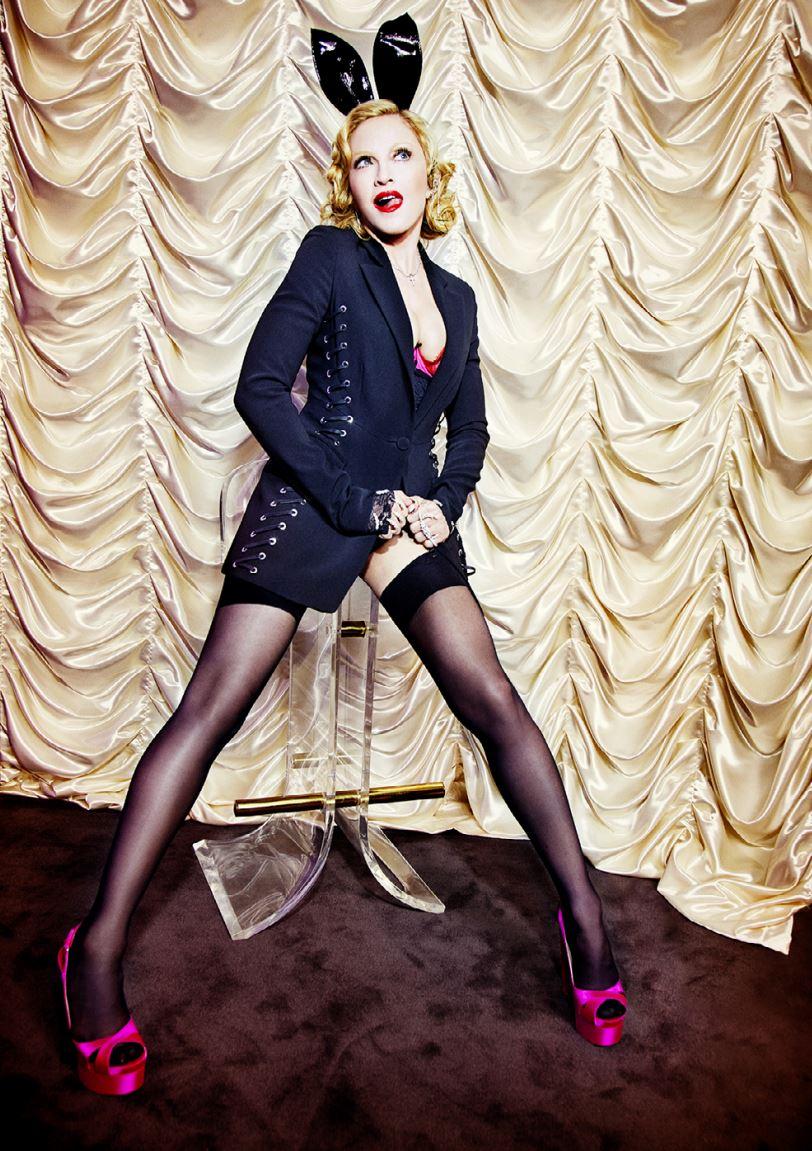 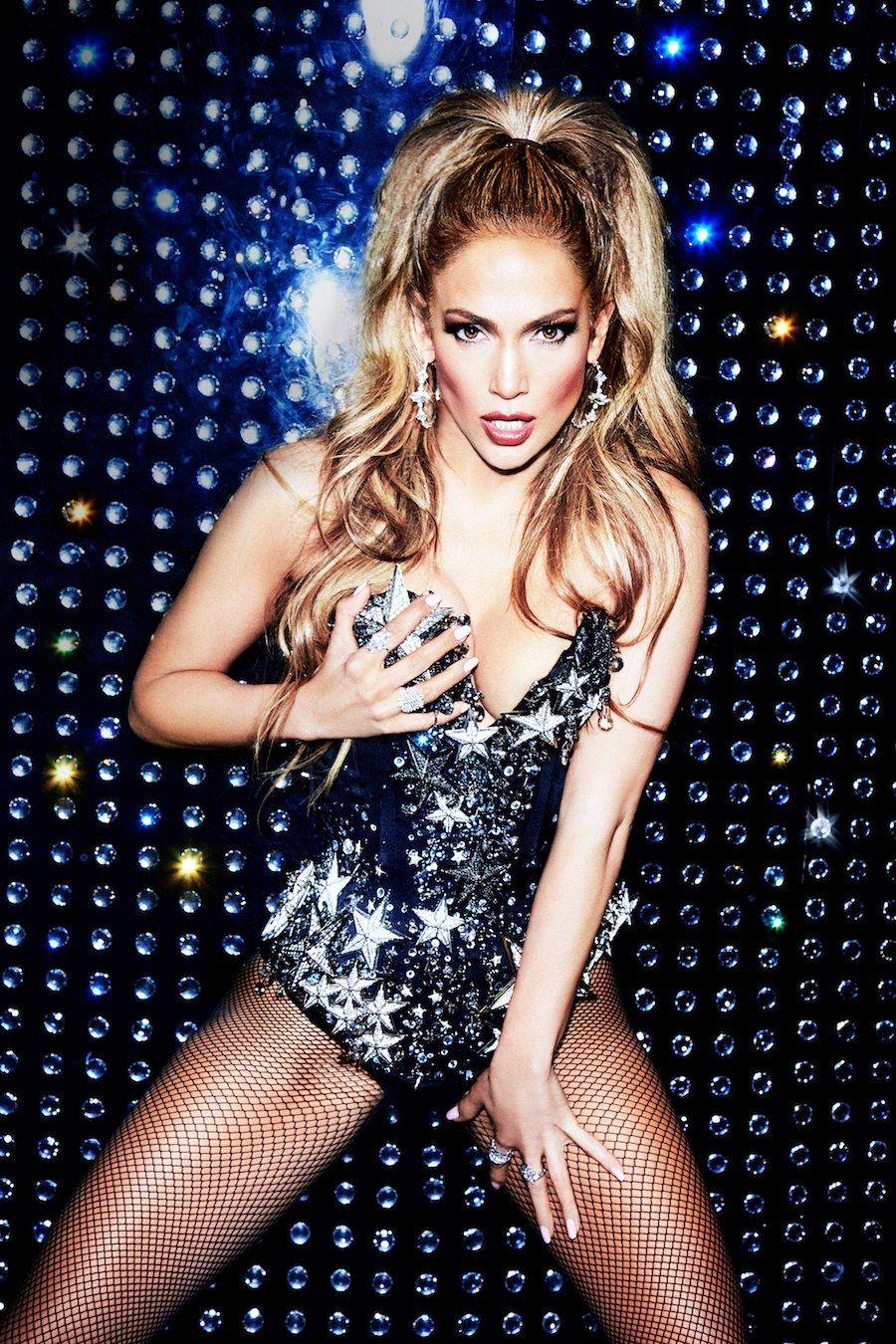 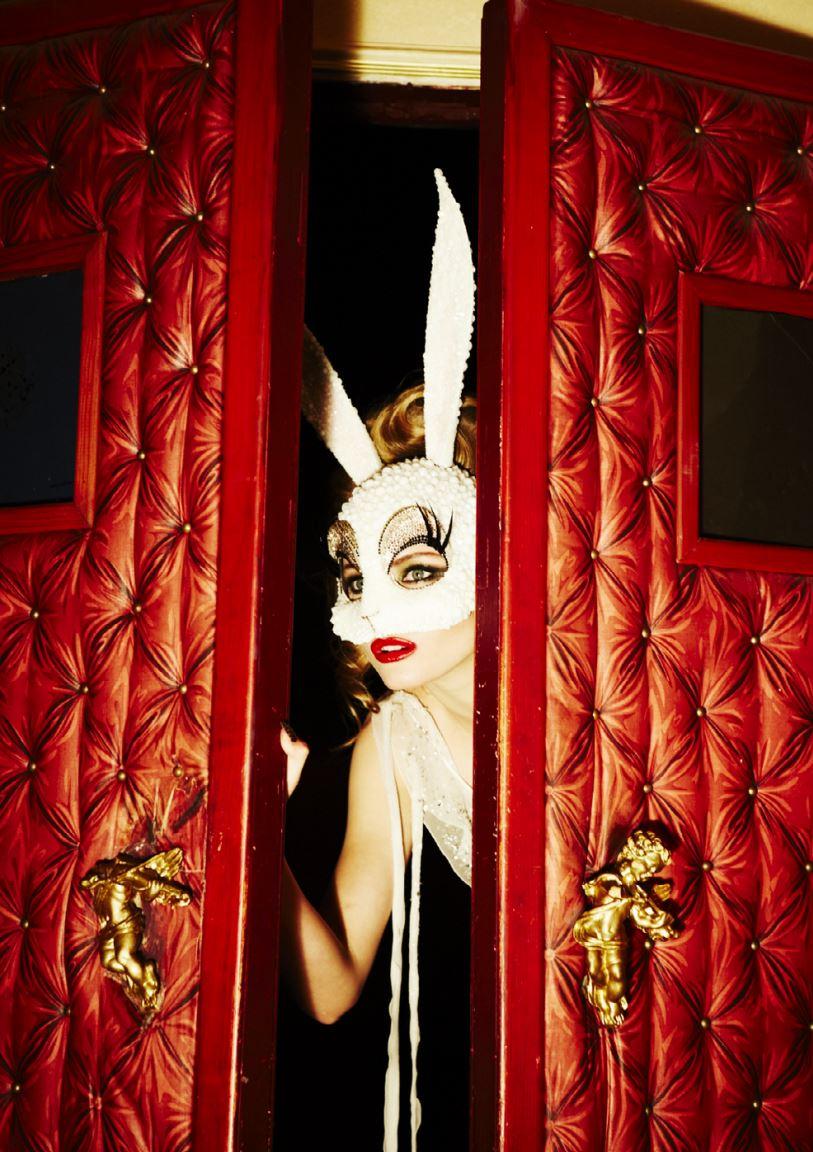 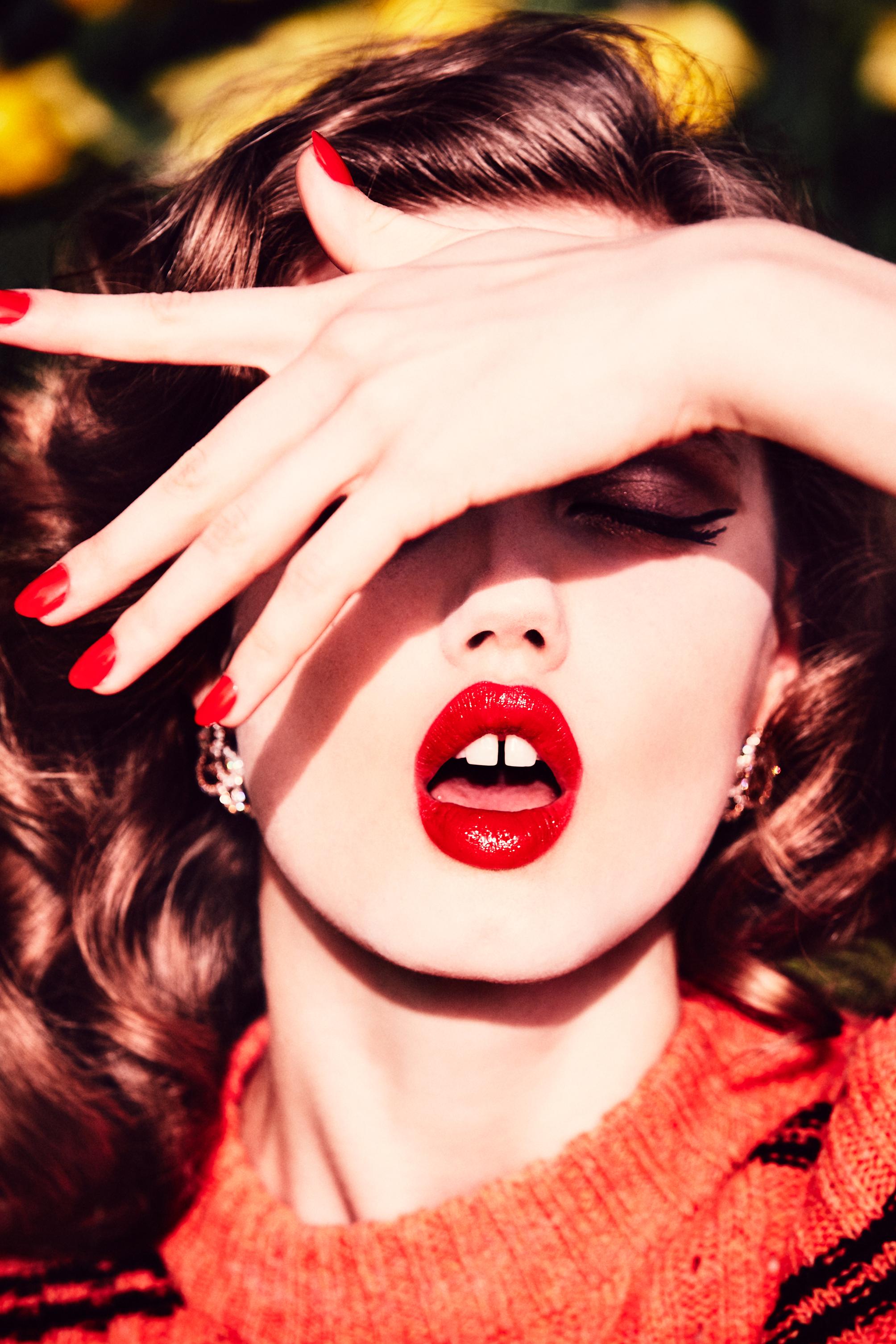 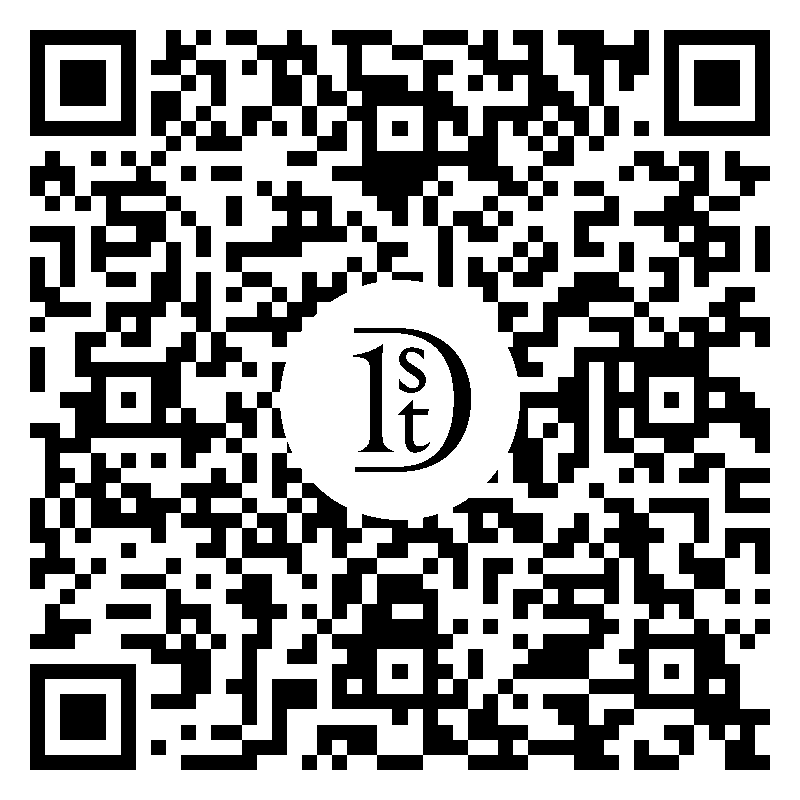 Torso of a model in a green traditional Bavarian Dirndl - dress, wearing a golden necklace in the shape of a pretzel. The artwork is signed and made by the artist in a strictly limited edition of 3. It is framed in museum quality with a white hard wood box and 99% UV-resistant acrylic glass. Other sizes on request. PREISS FINE ARTS is one of the world’s leading galleries for fine art photography representing the most famous contemporary artists. We deliver worldwide. Please contact us for any queries. Ellen von Unwerth is one of the most famous and influential photographers in the world. With her new series Heimat she created an already iconic fine art photography series: a beautiful, ironic and unique game with „Pretzel & Dirndl“. Her artistic achievements have been honored with truly great photography awards. She discovered famous models like Claudia Schiffer and Eva Herzigova, creating worlds of imagery with them that have already gone down in the history of contemporary photography and are now an integral part of our everyday aesthetics. Ellen von Unwerth has been published in all outstanding magazines and her photographs have been widely exhibited in the great museums of the world such as the Metropolitan Museum of Art/NY, the MoMA/NY, the Deichtorhallen/Hamburg, just to name a few. 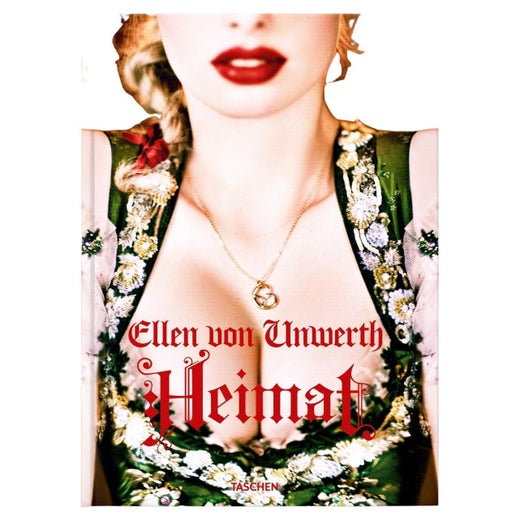 Born in Frankfurt, Germany, von Unwerth was a model in Paris for nearly a decade before turning to photography. Her 1989 images of Claudia Schiffer for a Guess jeans campaign, echoing the playfully feminine style of 1950s pinups, earned both Schiffer and von Unwerth wide attention. Over the years, her work has been featured regularly in magazines like Interview, Vanity Fair, Vogue, I-D and The Face, appearing on covers and in both editorial and commercial contexts. In 1991, she won first prize at the International Festival of Fashion Photography.

Von Unwerth’s 1995 photoshoot of Drew Barrymore for Playboy magazine is among her most popular work and, coupled with an array of album covers for such artists as Janet Jackson and Britney Spears, gave her standing as a celebrity photographer beyond the borders of the fashion world. Von Unwerth’s pictures have a distinctive look and feel, with saturated colors and dense compositions, while also, in certain cases, paying homage to great photographers of the 20th century.

The 2015 Tree of Love, Bavaria, in which a nude model reclines inside the heart-shaped hollow of an enormous decaying trunk, recalls Edward Weston’s sensuous use of the body’s geometry in his compositions. And the dramatically lit Tic Tac Toe from 2010, showing a scantily clad woman posing on a city street at night, evokes Helmut Newton’s atmospheric photograph of a model wearing Yves St. Laurent’s Le Smoking jacket, shot for French Vogue in 1975.

Von Unwerth has published several books of her photographs, including Revenge, in 2003, and Fräulein, in 2009. Those volumes have been joined by one showcasing the photos of her series “Heimat,” in which she playfully combines visual tropes of traditional Bavarian life with her signature eroticism and wit. She is represented by several dealers, including the Staley-Wise Gallery, in New York, and Galerie Trabant, in Kitzbühel, Austria.

About the Seller
4.8
Located in Vienna, Austria
Recognized Seller
These prestigious sellers are industry leaders and represent the highest echelon for item quality and design.
Established in 2009
1stDibs seller since 2013
58 sales on 1stDibs
Typical response time: 12 hours
More From This Seller 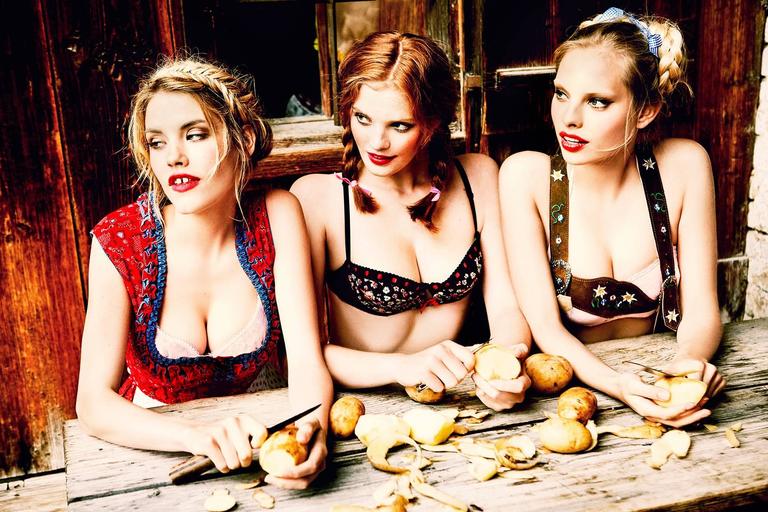 Celebrities and supermodels have been posing for this German lenswoman since the 1980s. But she is only now finding real respect.