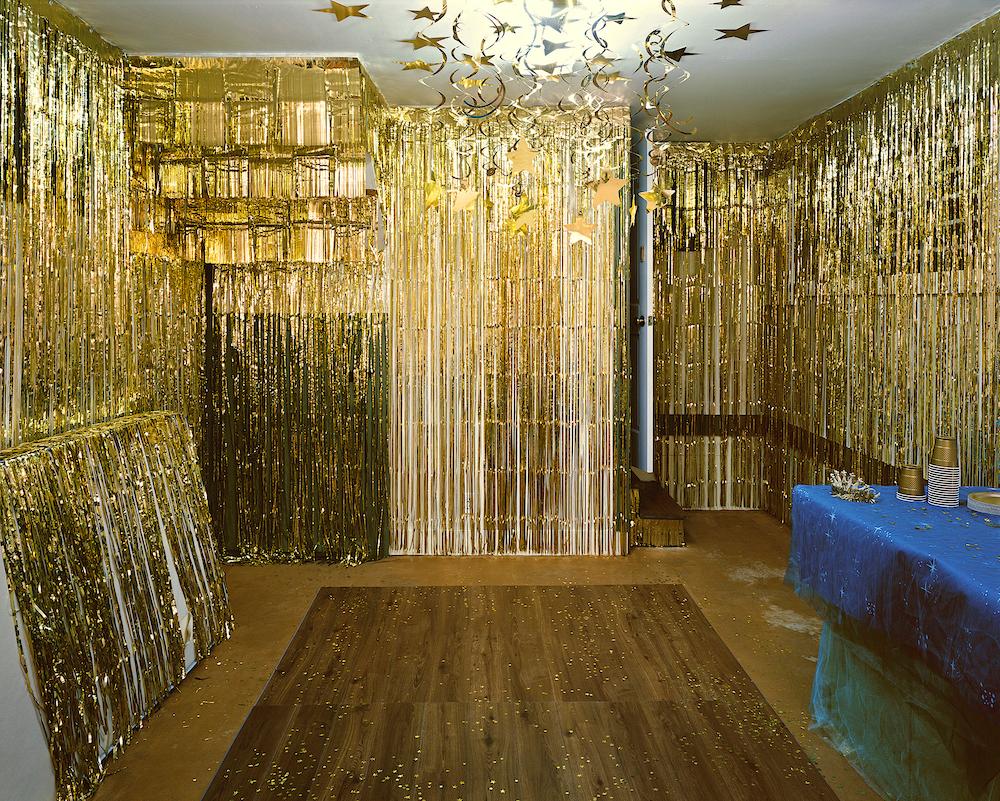 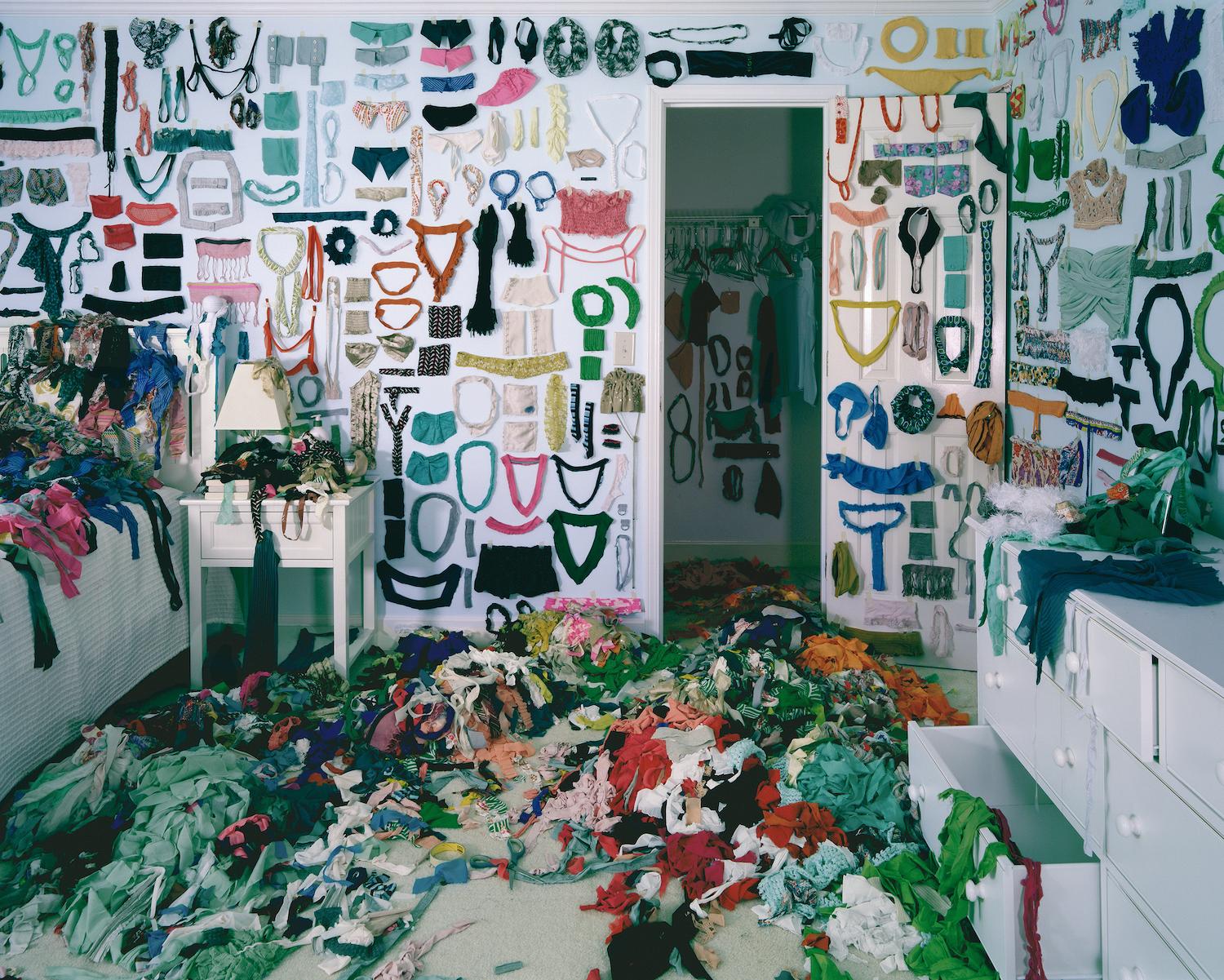 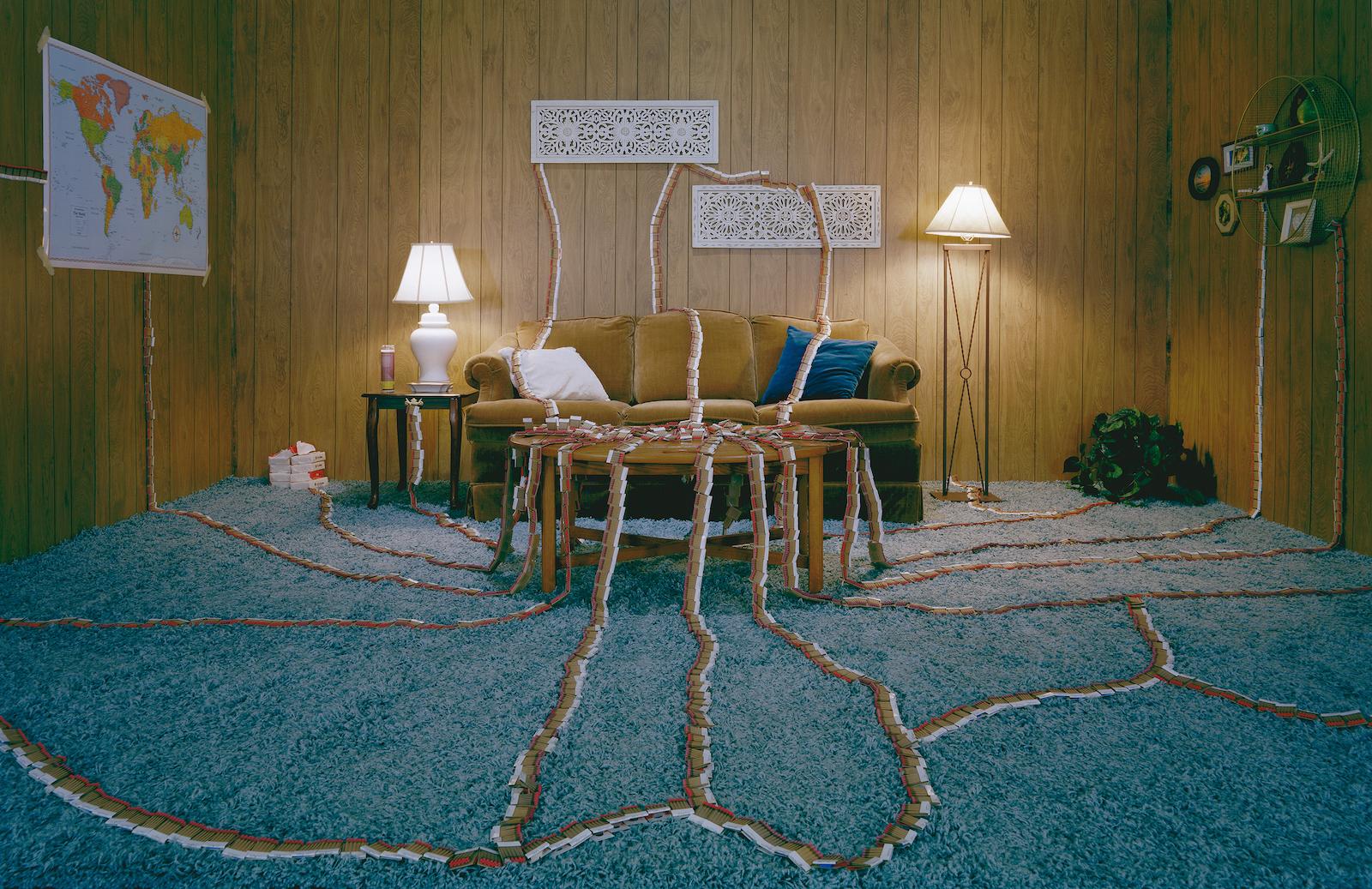 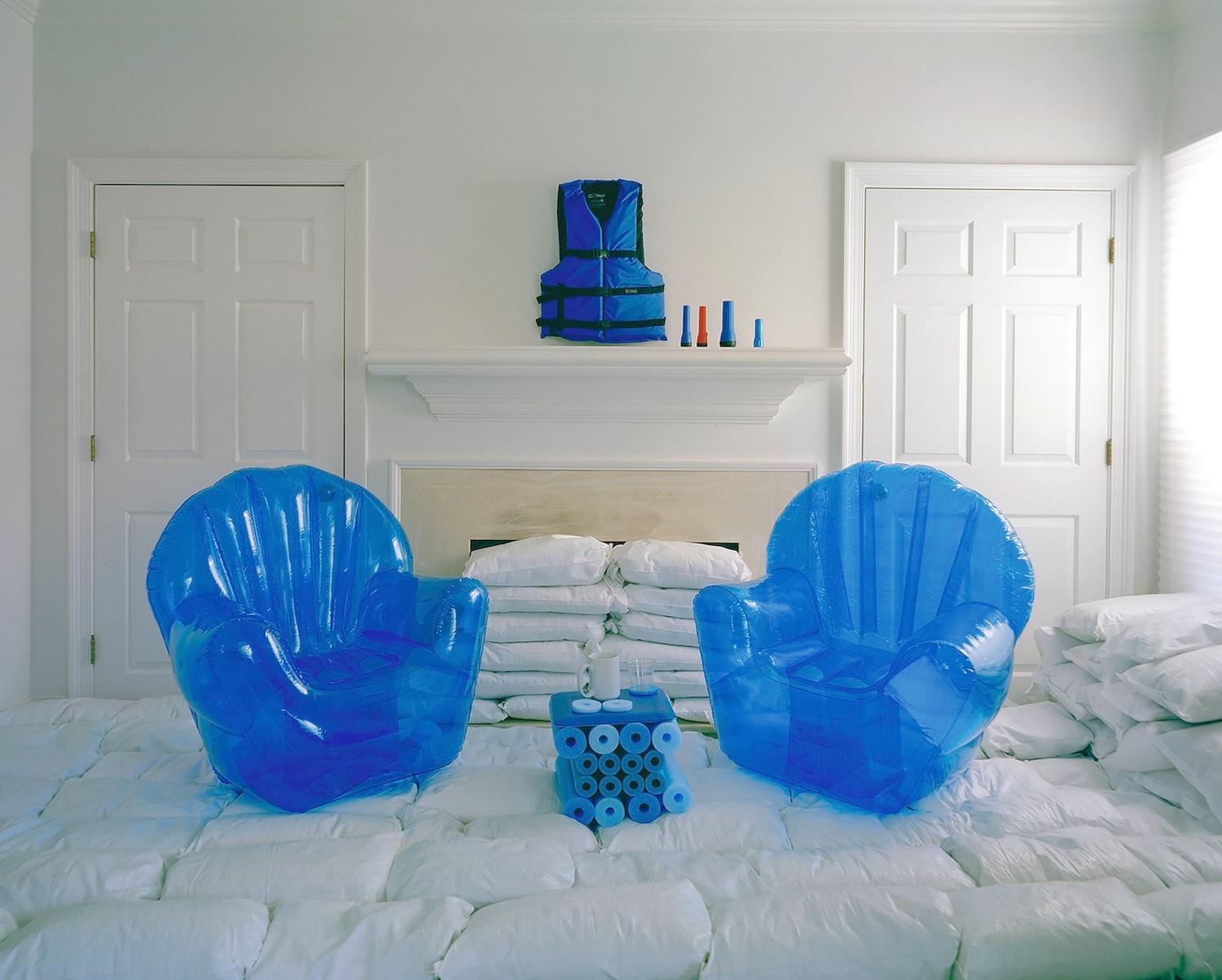 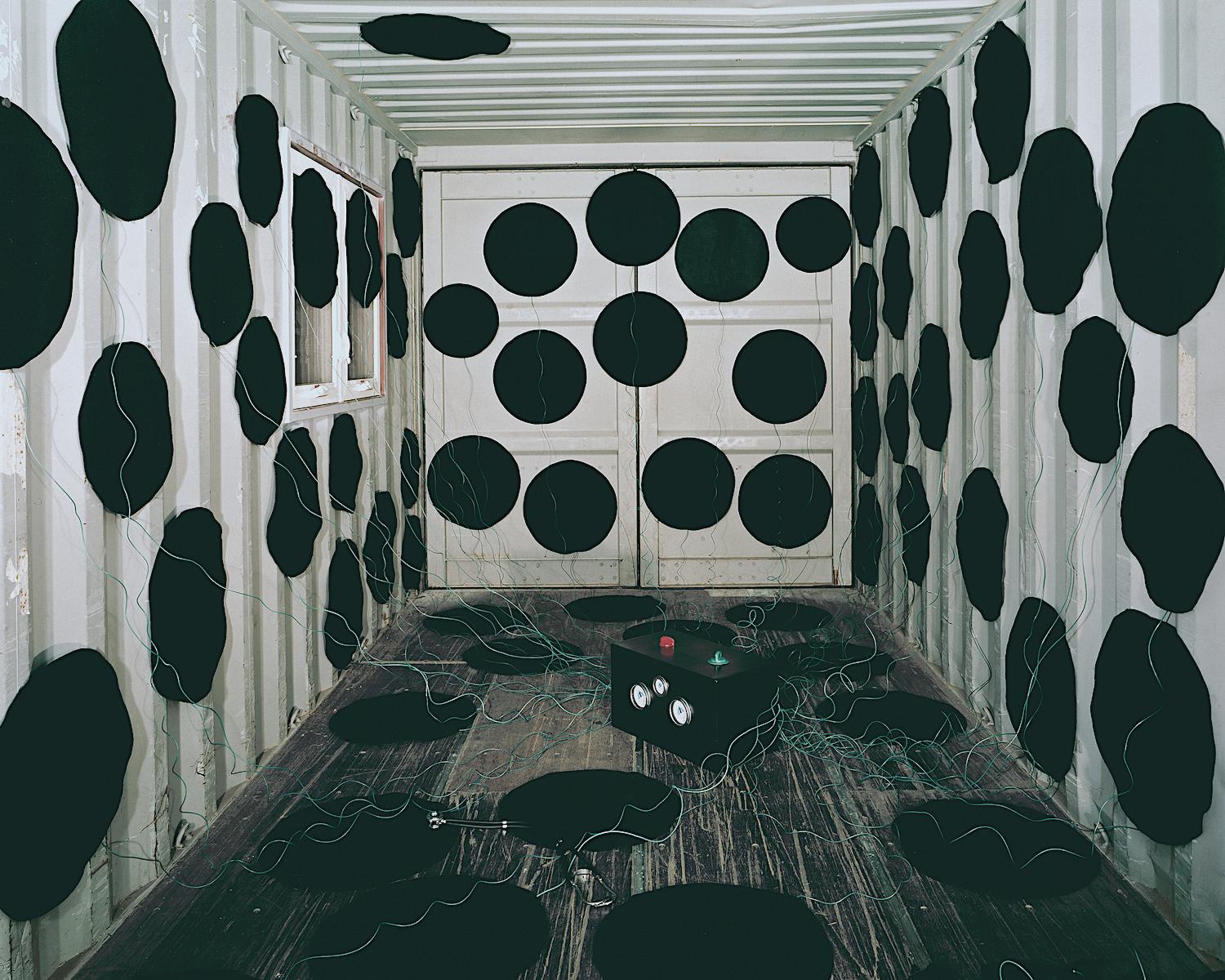 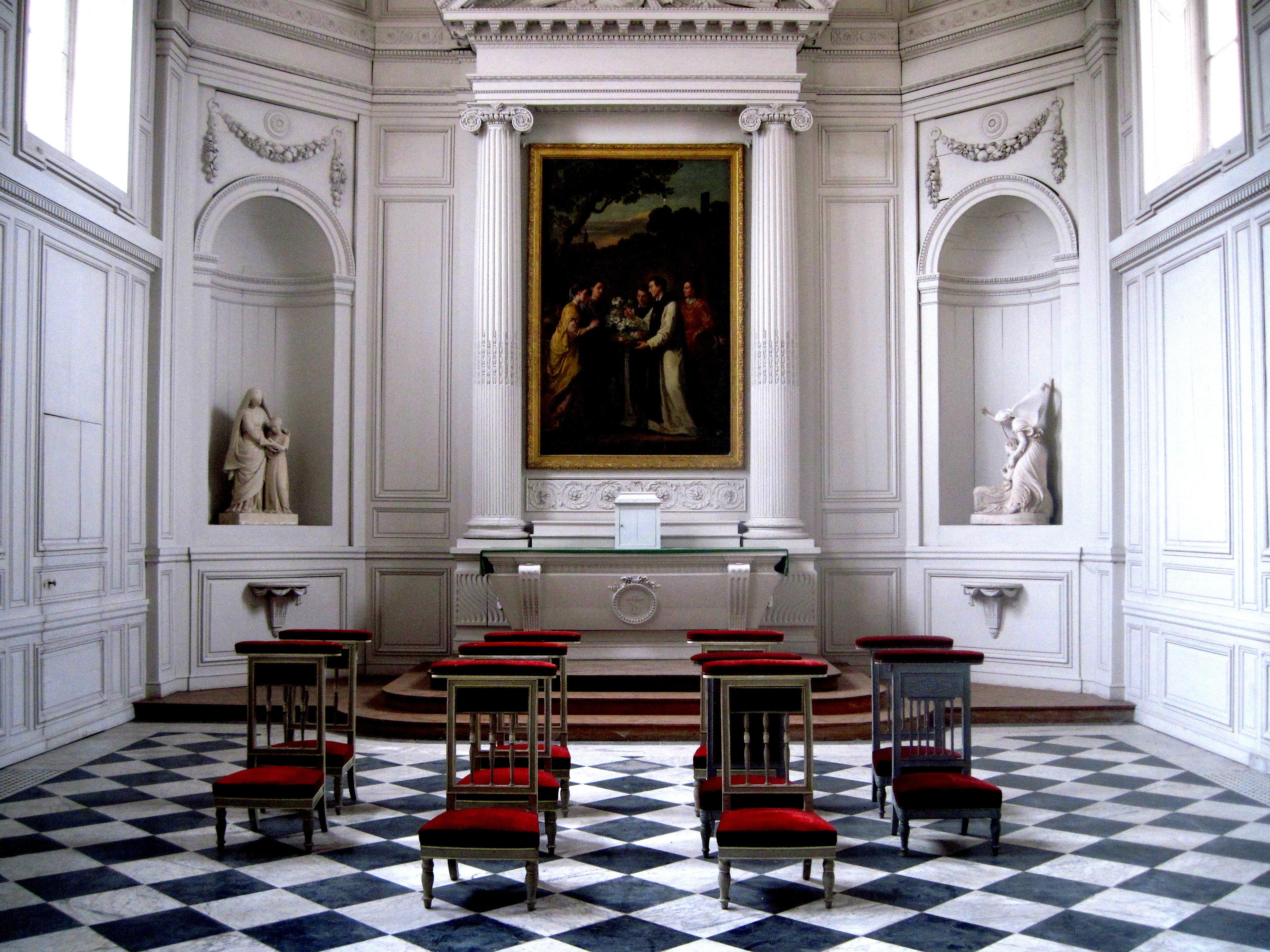 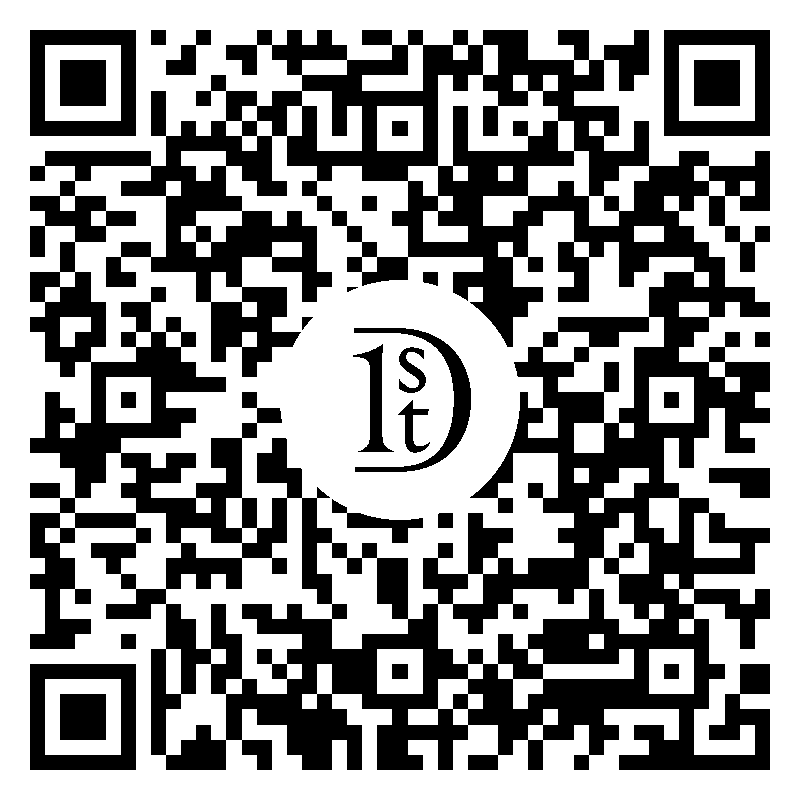 This C-Print by Sarah Hobbs is part of a series included in her show "Twilight Living," at Channel to Channel. It depicts a surreal indoor, forested oasis. A green lawn chair is unfolded on two strips of indoor turf, replete with a faux fire and miniature timber. A tapestry illustrating a woody riverbed hangs on the wall as a backdrop to the scene. Another tapestry of stars hangs directly in front of the lawn chair. Perhaps the inhabitant of this space had hoped that this carefully curated set would satiate their appetite for unrestricted outdoor adventure when they could not go outside. This print comes mounted on Dibond, framed, and ready to hang. The frame in the last photo is the frame that the piece will be in, unless the buyer specifies that they would like to customize it. Additional Sizes: 24” x 30” Edition of 10: $4,250.00 The term twilight used to seem mysterious to Sarah Hobbs, in a poetic and romantic sort of way. But the more her mind dwelled on the idea of it, the more unsettling and confusing it became. The word sounds lovely, as if it doesn’t belong to its true meaning, which is a period of ambiguity or gradual decline. Twilight is the space between the known and unknown. Hobbs is interested in the various ways we attempt to cope in this space. There are those who are fine to live in twilight -choosing to be removed or feeling comfortable with not having to make choices or changes. But, there are also those who cannot abide it. How one might attempt to deal with the ambiguity is the essence of this work. Twilight Living is an exercise in topoanalysis – the psychological study of the sites of our intimate lives. What do we do in our private spaces to assuage our anxiety in the ambiguous times in which we live? There is a weighing down on all of us these days, on our society, and so much of the anxiety of our time is social (and much of that spurred on by politics). Sometimes we dance around topics, trying to feel out another’s philosophies. “Am I going to find myself aligned with this person or opposed?” Turning inward can be a detriment, but we are all so wary of our fellow man, of conversing freely, that it feels like a comfort now to metaphorically hibernate. 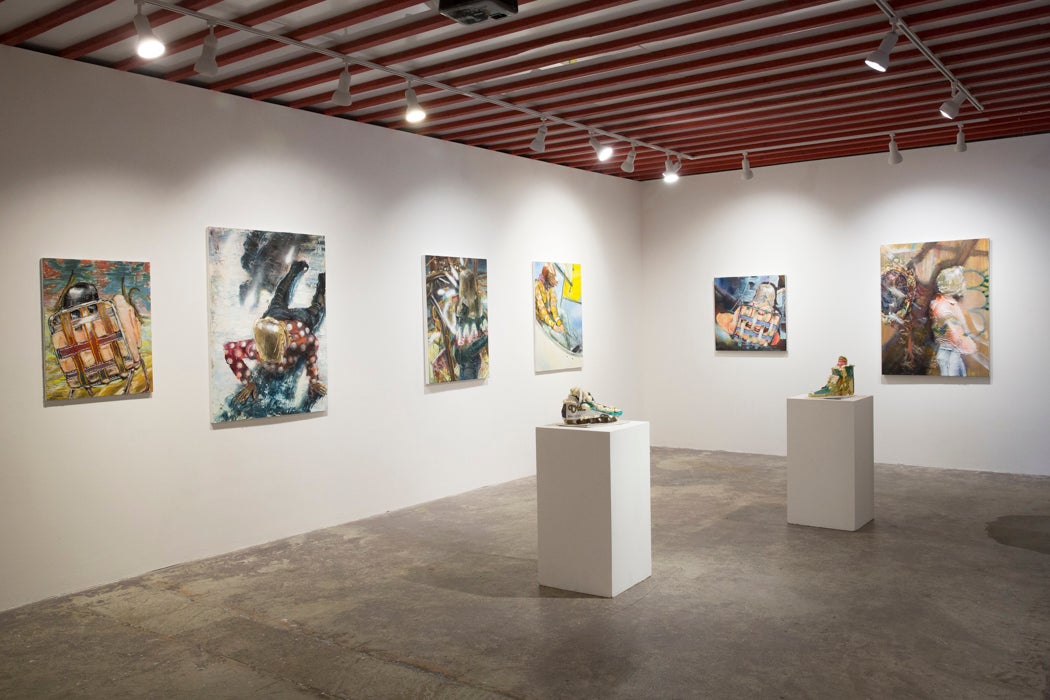 About the Seller
5 / 5
Located in Nashville, TN
Platinum Seller
These expertly vetted sellers are 1stDibs' most experienced sellers and are rated highest by our customers.
Established in 2014
1stDibs seller since 2018
37 sales on 1stDibs
Typical response time: 1 hour
More From This Seller

$250
Aspen Lovers
By Karyn Mannix
Located in East Hampton, NY
Aspen Lovers Engraved Trees About the artist: Art dealer, Karyn Mannix’s work has been exhibited in galleries throughout the United States and has had her work featured at the Chil...
Category