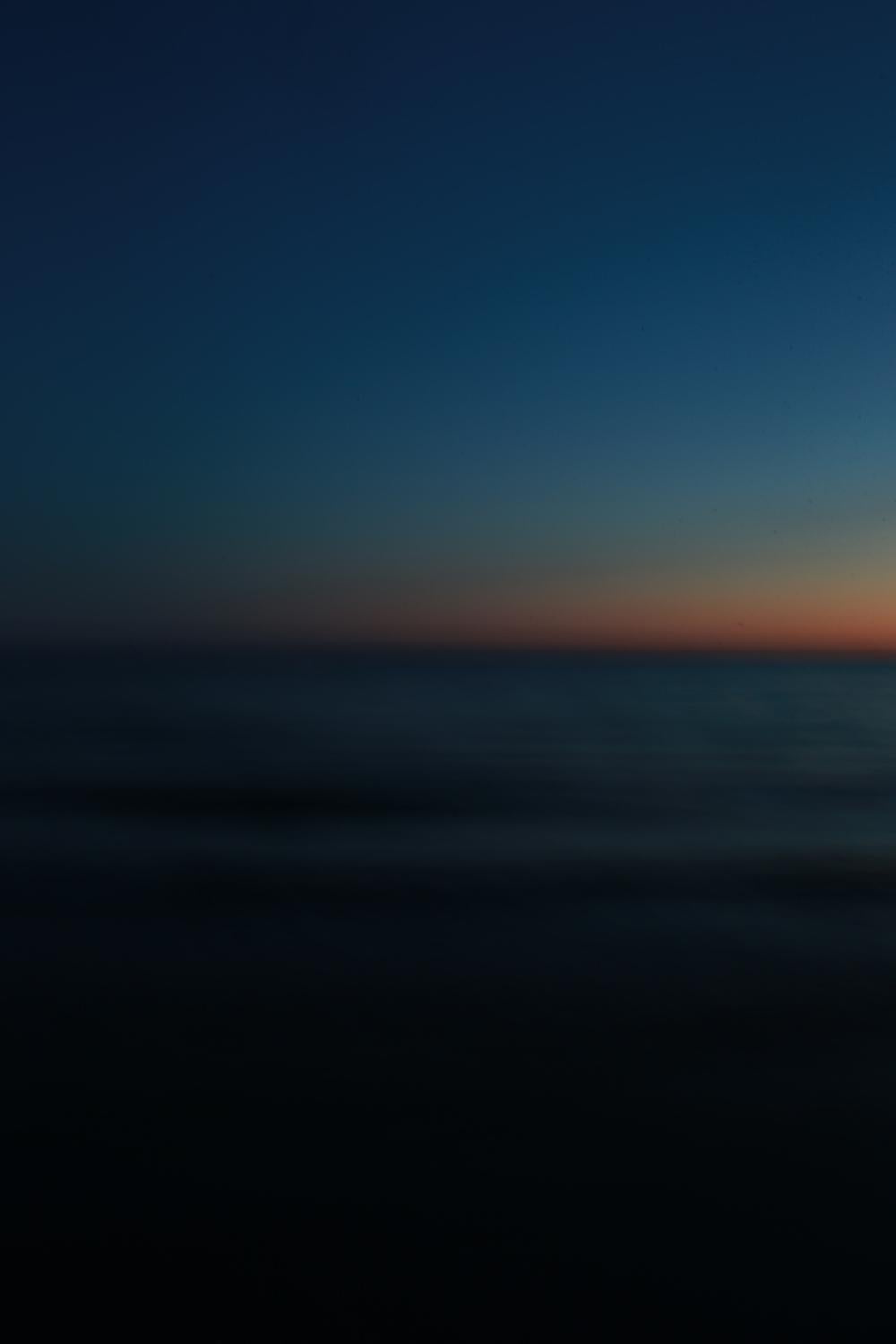 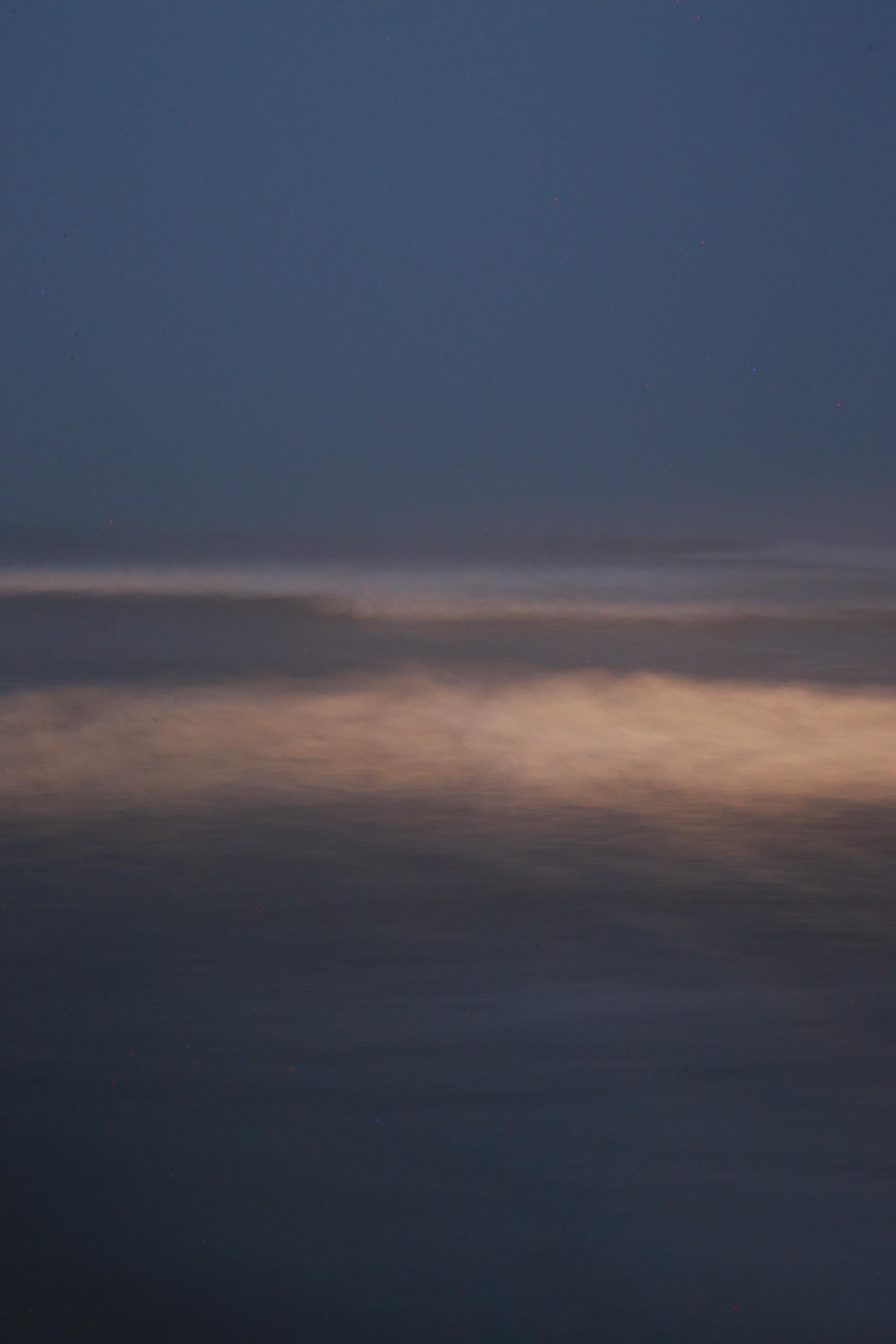 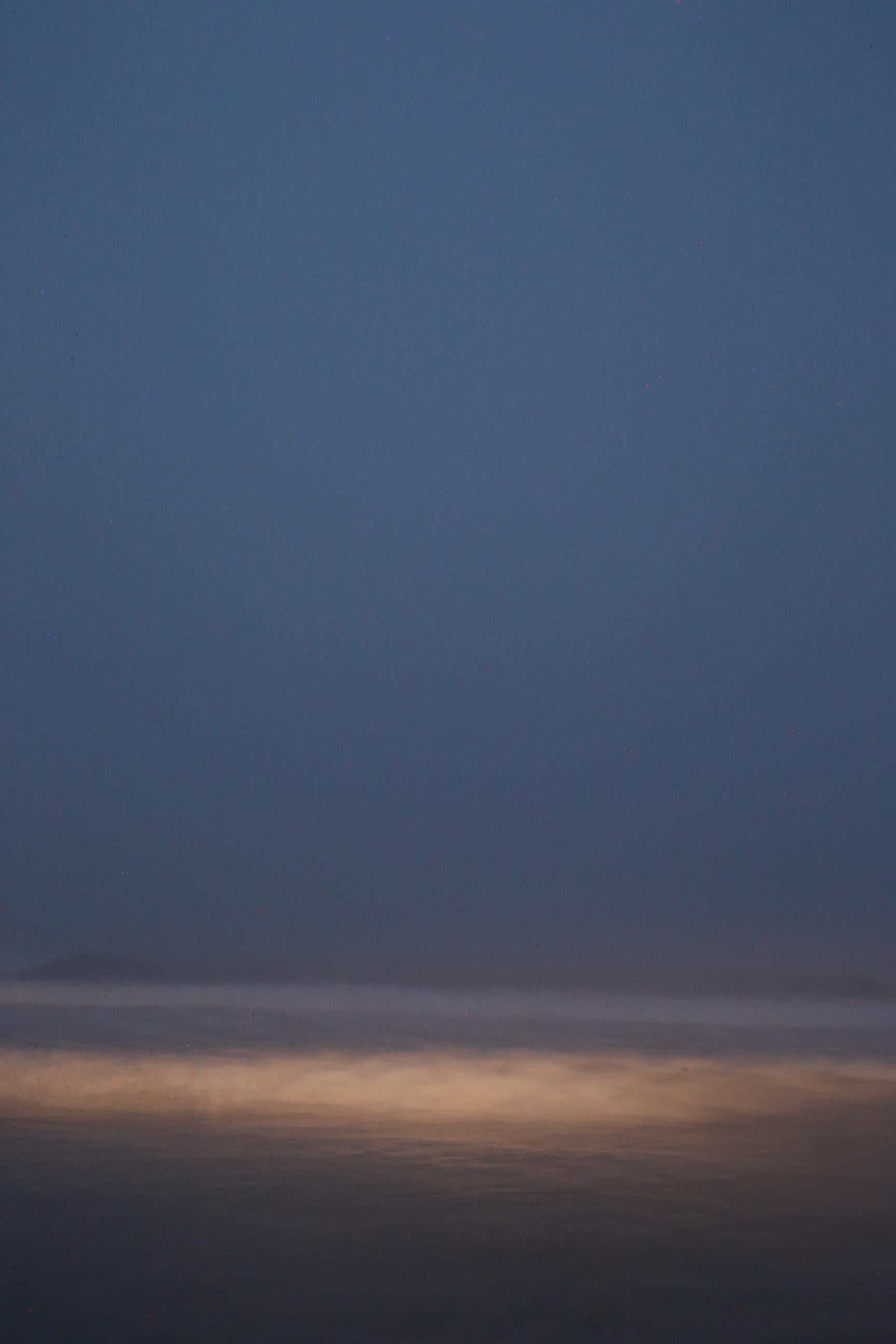 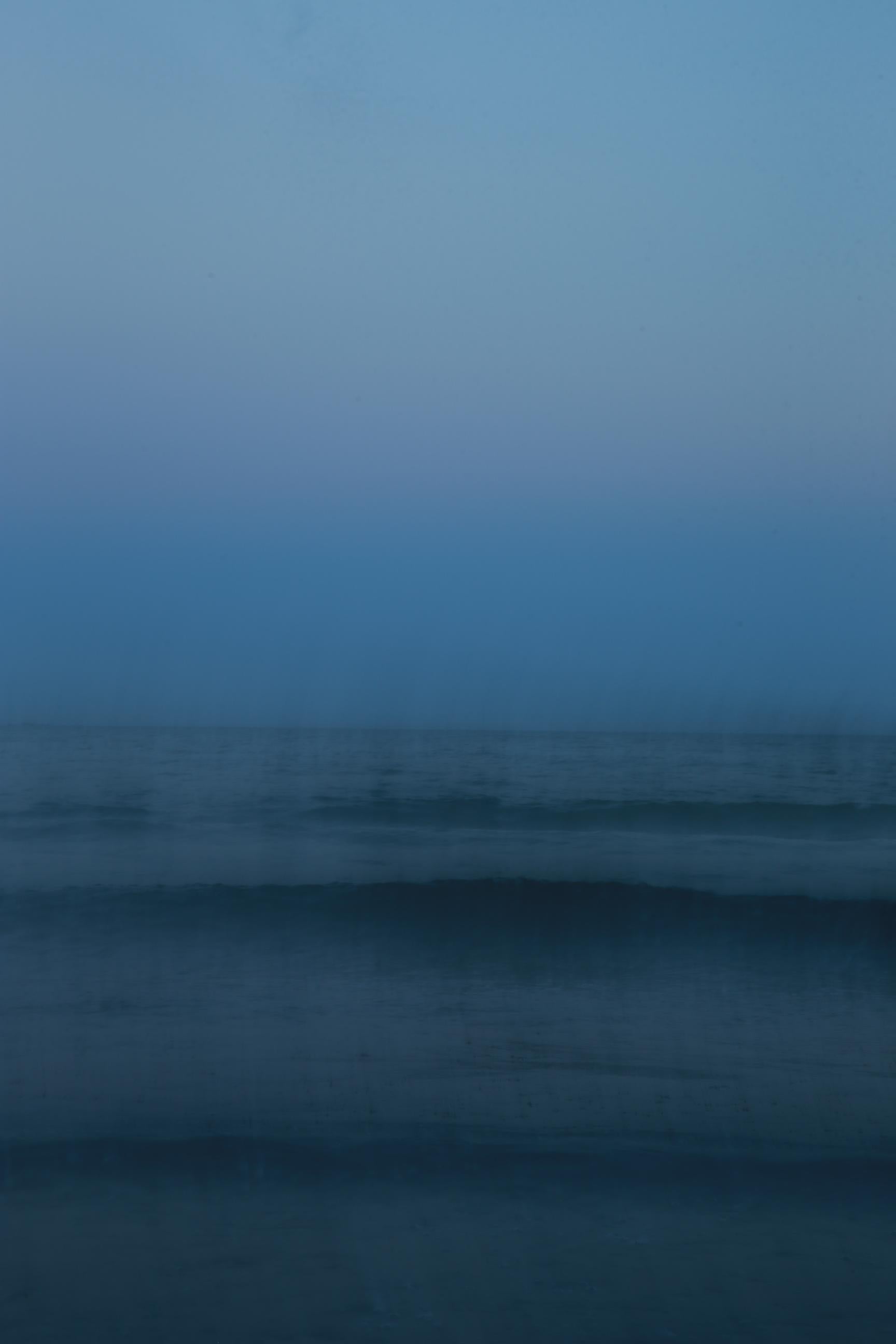 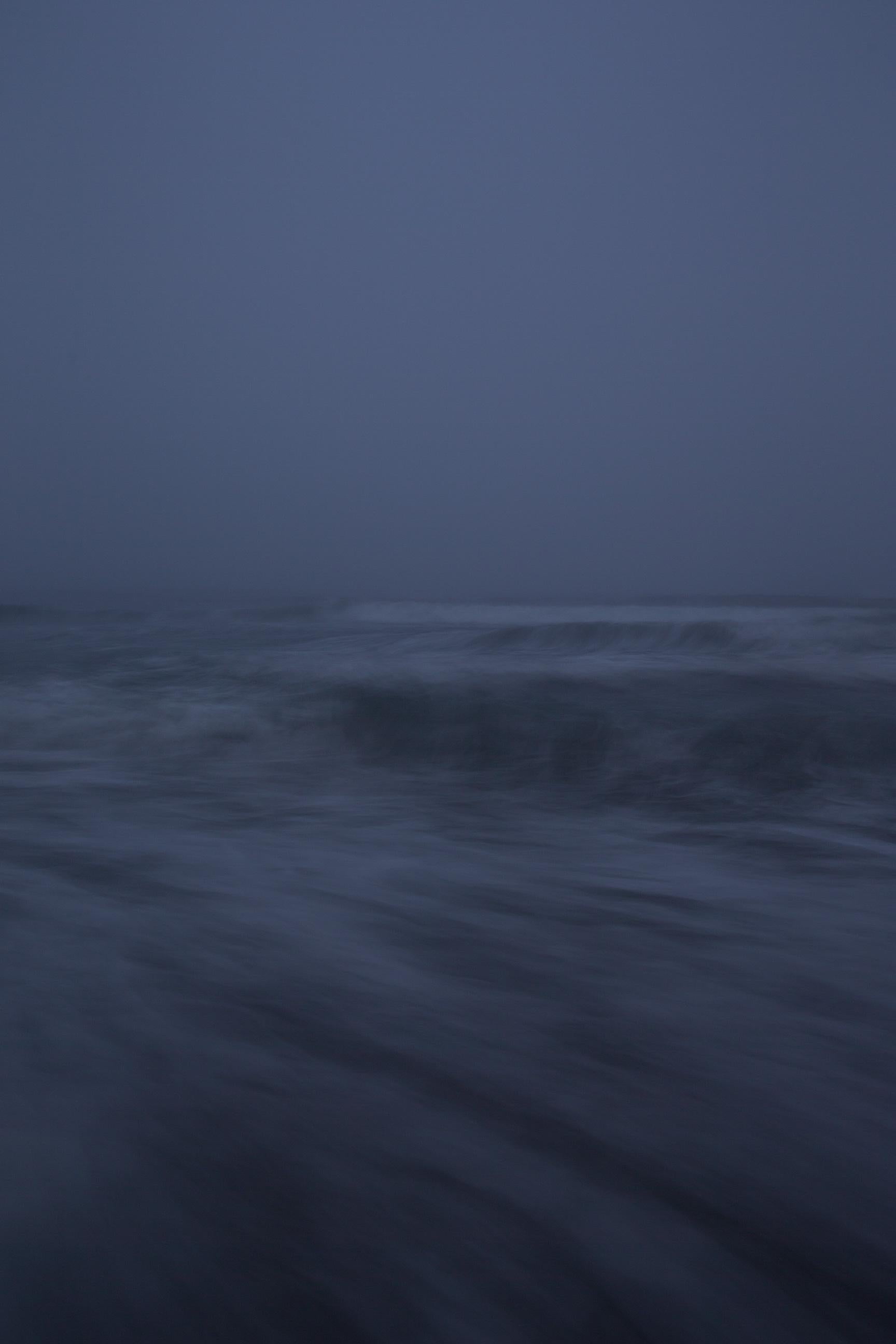 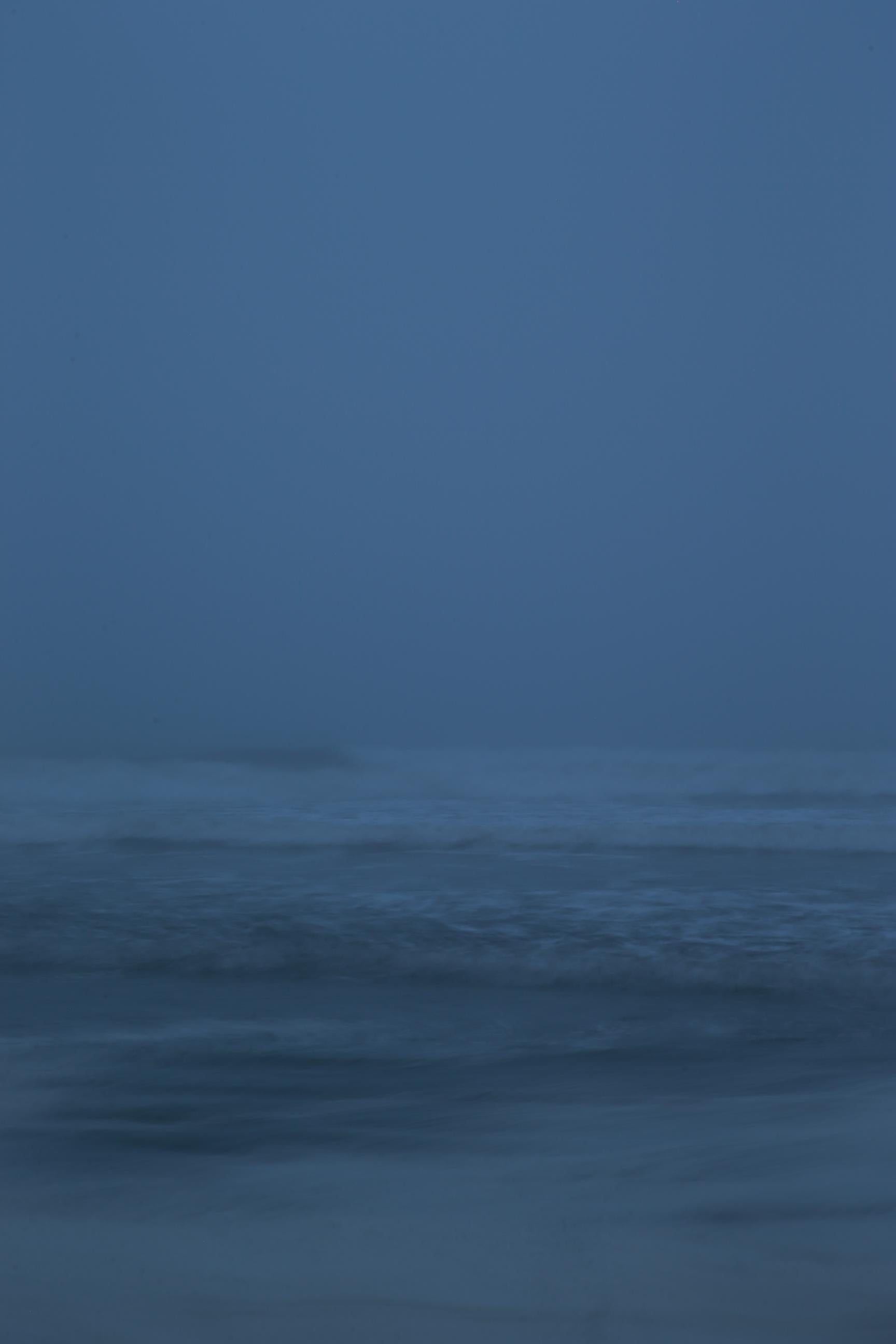 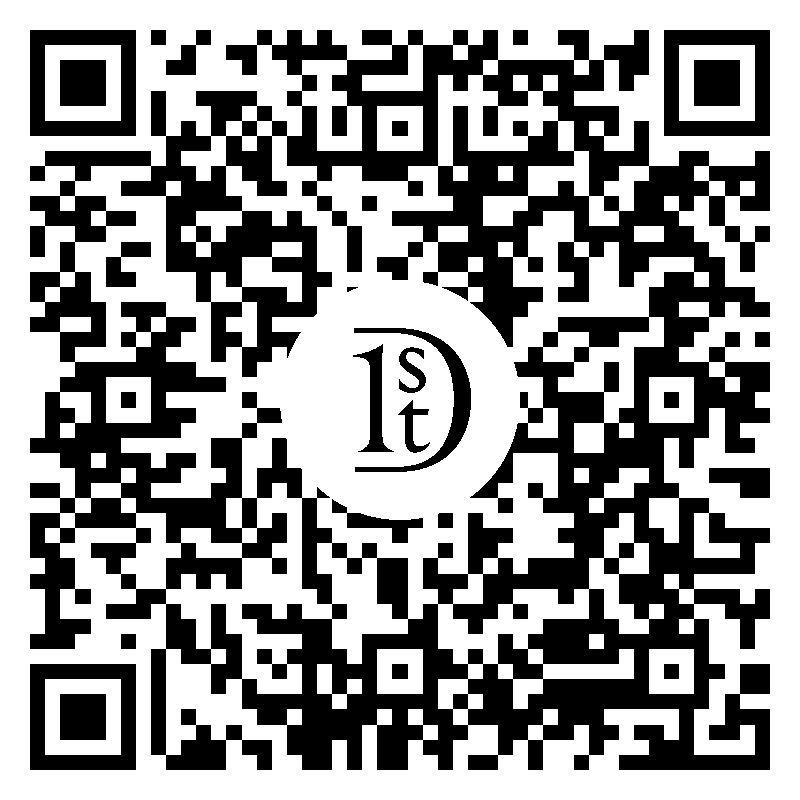 UPCOMING EXHIBITION – runs from April 10th through June 12th, 2016. Any framed photographs purchased during the show will be available after May 12th. If the exhibition piece is sold or the customer orders a different print size, the photograph is produced upon purchase. Please allow two weeks for production. Shipping time depends on method of shipping. Price is subject to availability. The Gallery reserves the right to adjust this price depending on the current edition of the photograph. ABOUT The 13 large format photographs featured in this new exhibition are tender oceanscapes that move beyond typical depictions of the sea. Photographed moments before dusk or dawn, out in the surf, the evanescent horizon line in each image creates an illusory sense of space. In “First Beach, Newport. July 2017”, the bluish-black of the ocean and the sky are indistinguishable as their colors blend into one muted noise. “The waves blur the horizon and produce a dark movement”, McLaughlin explains. The long exposures of the photographs find a vanishing point between form and void-like fleeting memories. 41 Degrees refers to the Northern circle of latitude that is 41.46 degrees above the equatorial plane. It's the coordinate for the beaches in Rhode Island where McLaughlin took the photographs. He holds a personal connection to the place, having spent part of his childhood in Rhode Island. McLaughlin has been a part-time resident of the state for many years, and his visits as an adult let him escape from the hustle of his job, traveling internationally for commercial assignments. By returning to old haunts, McLaughlin creates meditations on time lost and found. McLaughlin’s influences for this series are more painterly than photographic in method. Particularly inspired by the work of Richard Diebenkorn and Pat Steir, McLaughlin creates an abstract collection of lyrical work. This is a departure for him, as he's known best for the photographs he takes on the road around the world. Like Diebenkorn’s Ocean Park paintings, 41 Degrees seeks to capture a place where the artist persistently revisits. While the results of his process vary, the photographs all share a wistful patience for the subject as each one echoes the other. Subtle and opaque, McLaughlin’s scenes gaze endlessly into the depths of the sea as a new dawn fades above. A third-generation Brooklynite, Micheal McLaughlin's interest in photography began at the age of 11. He attended the Nova Scotia College of Art & Design (BFA, 1983), and studied with Alison Rossiter and Julie Mihaly. He has worked as a New York-based advertising and editorial location photographer since 1987. Among others, his clients include Apple, Siemens and IBM. McLaughlin has received honors from Photo District News, Communication Arts, and the NY Art Directors Club. 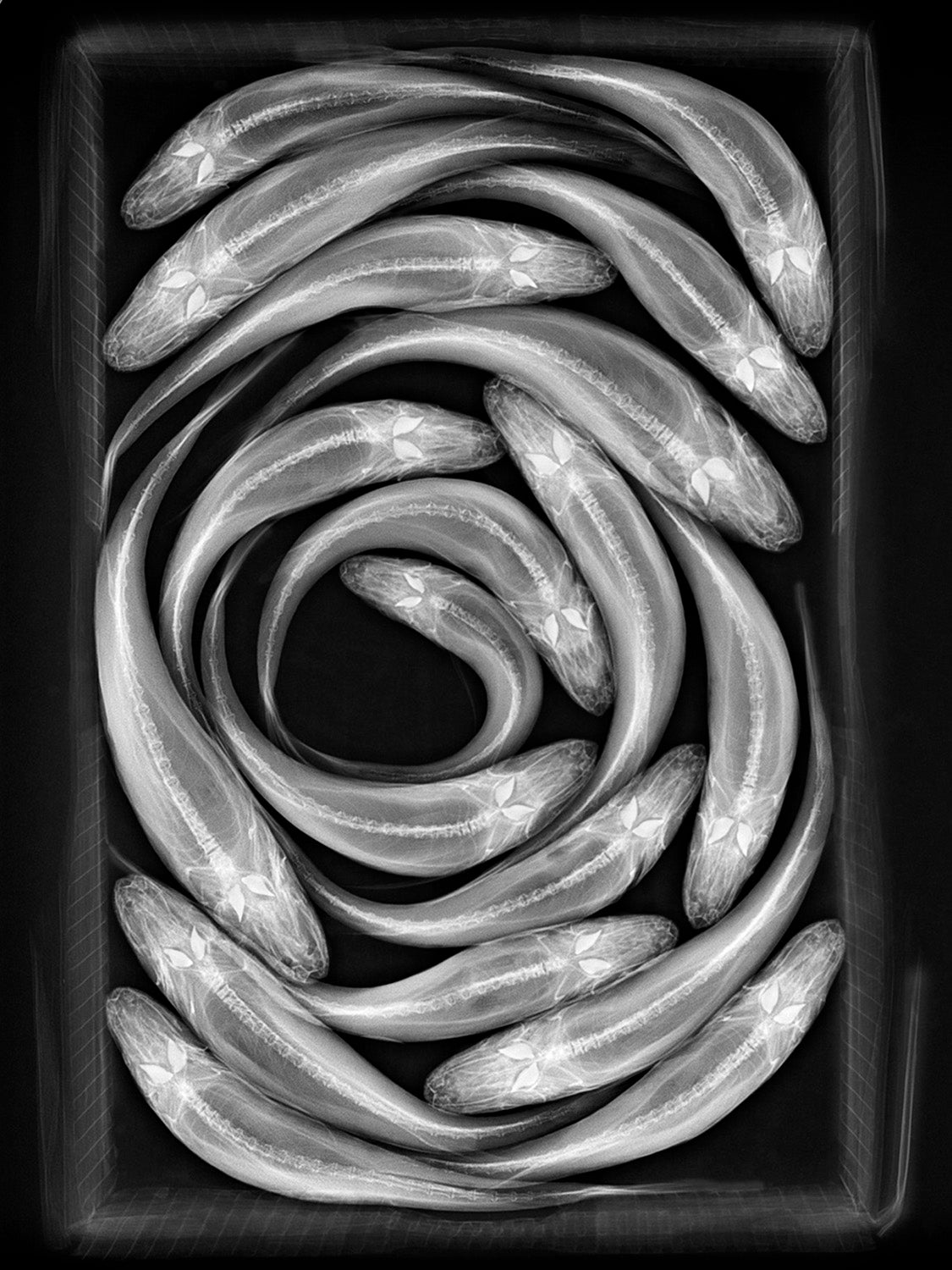 About the Seller
5 / 5
Located in New York, NY
Vetted Seller
These experienced sellers undergo a comprehensive evaluation by our team of in-house experts.
Established in 1990
1stDibs seller since 2010
84 sales on 1stDibs
Typical response time: 2 hours
More From This Seller