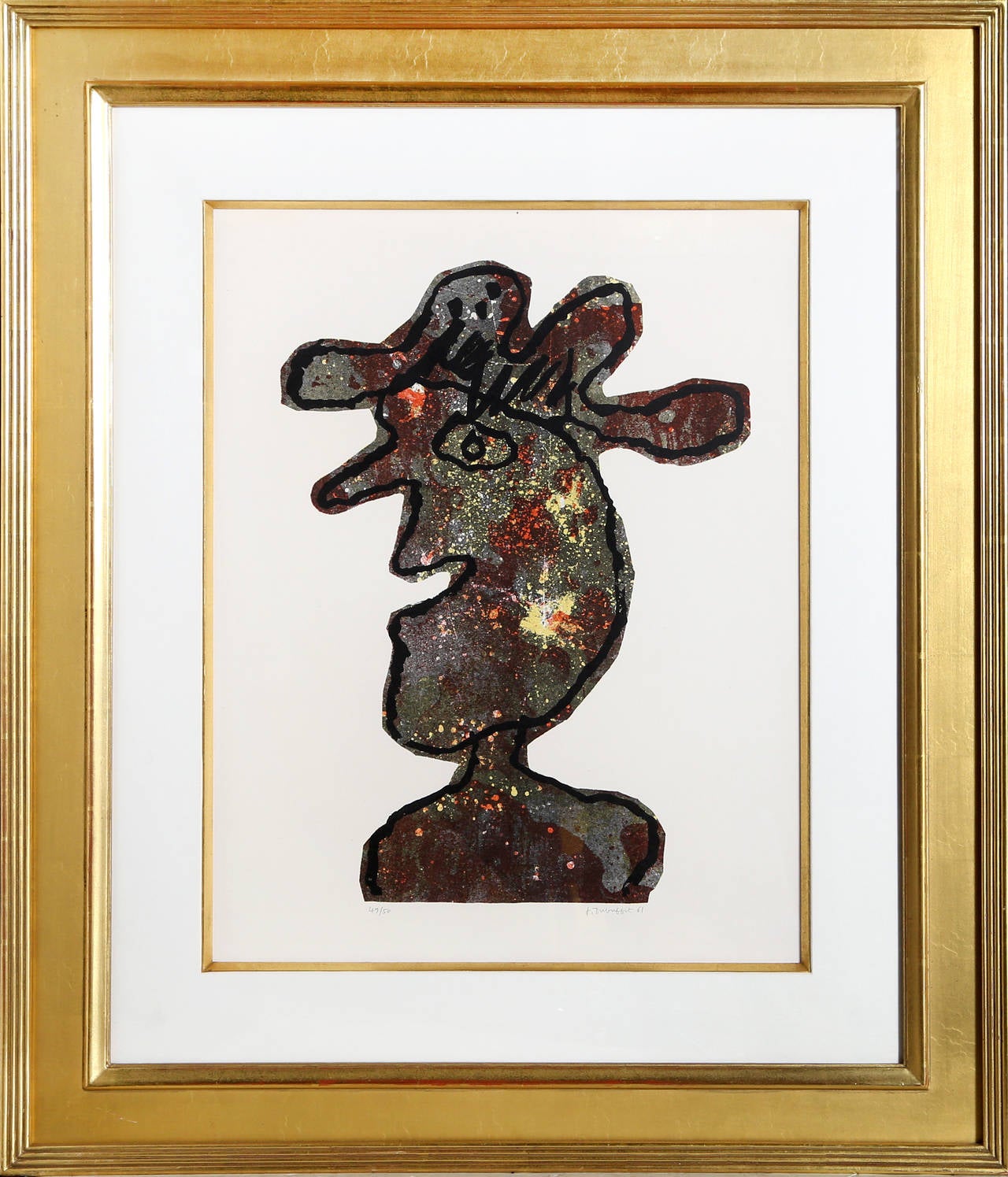 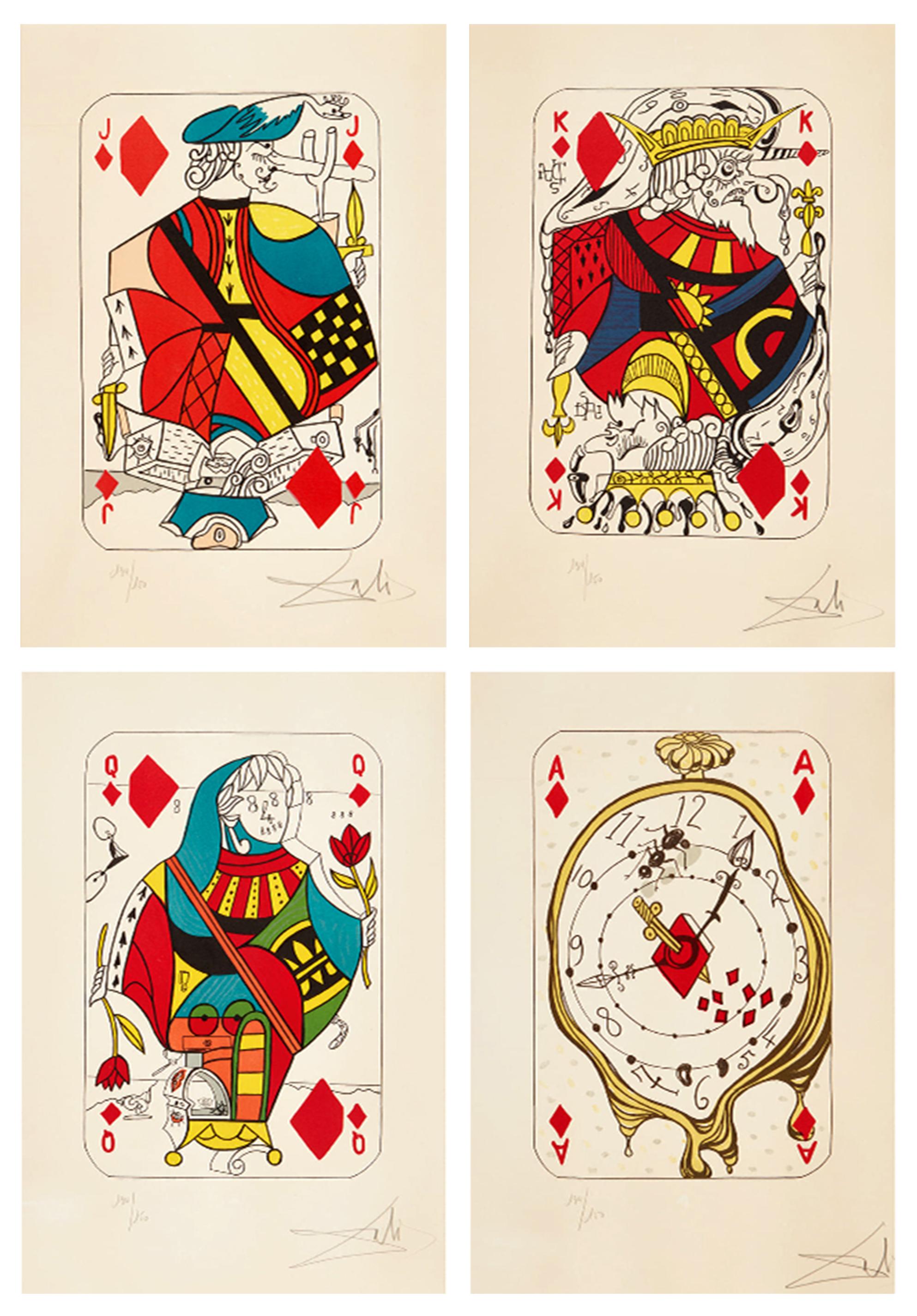 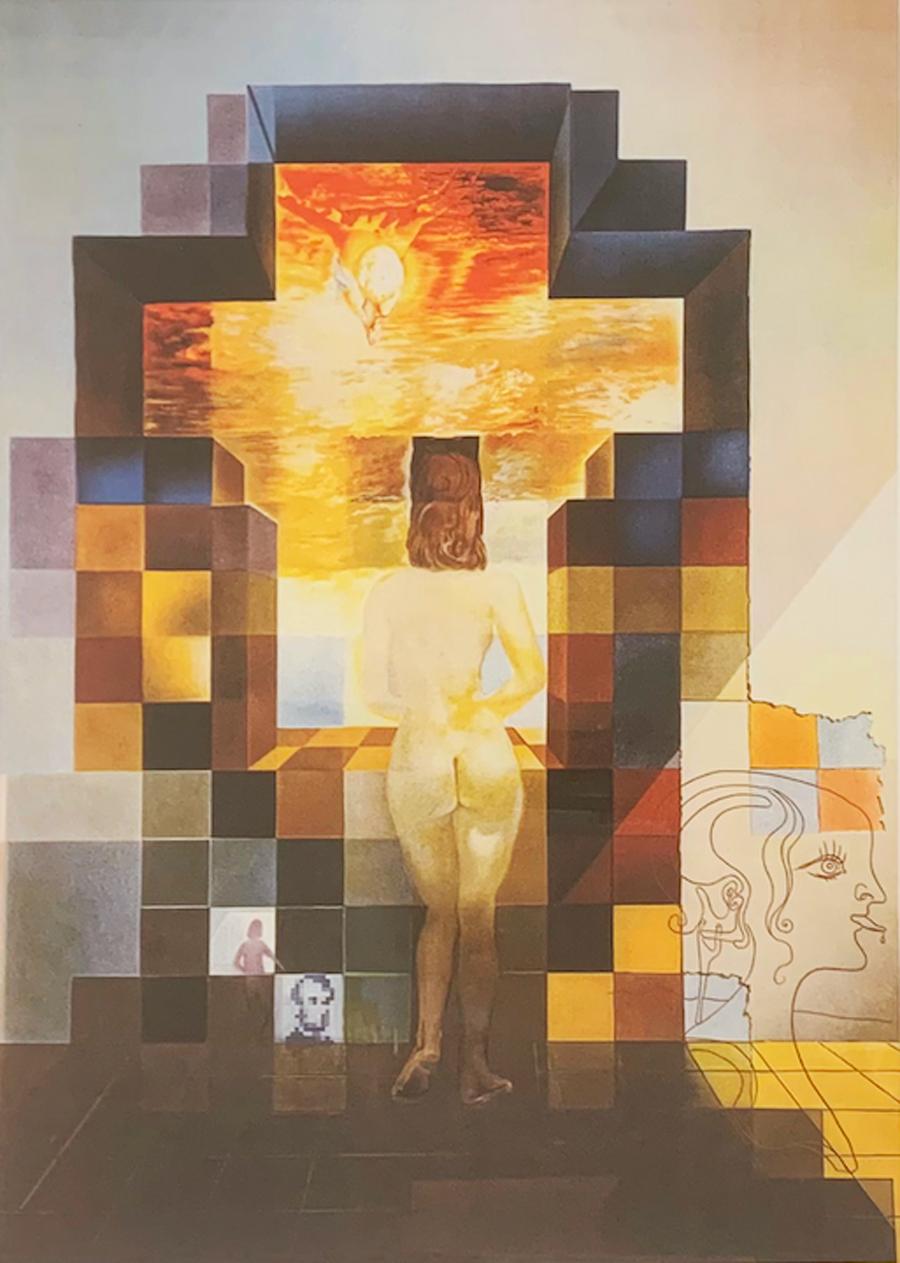 Francesco Clemente - The Departure of the Argonaut (portfolio) 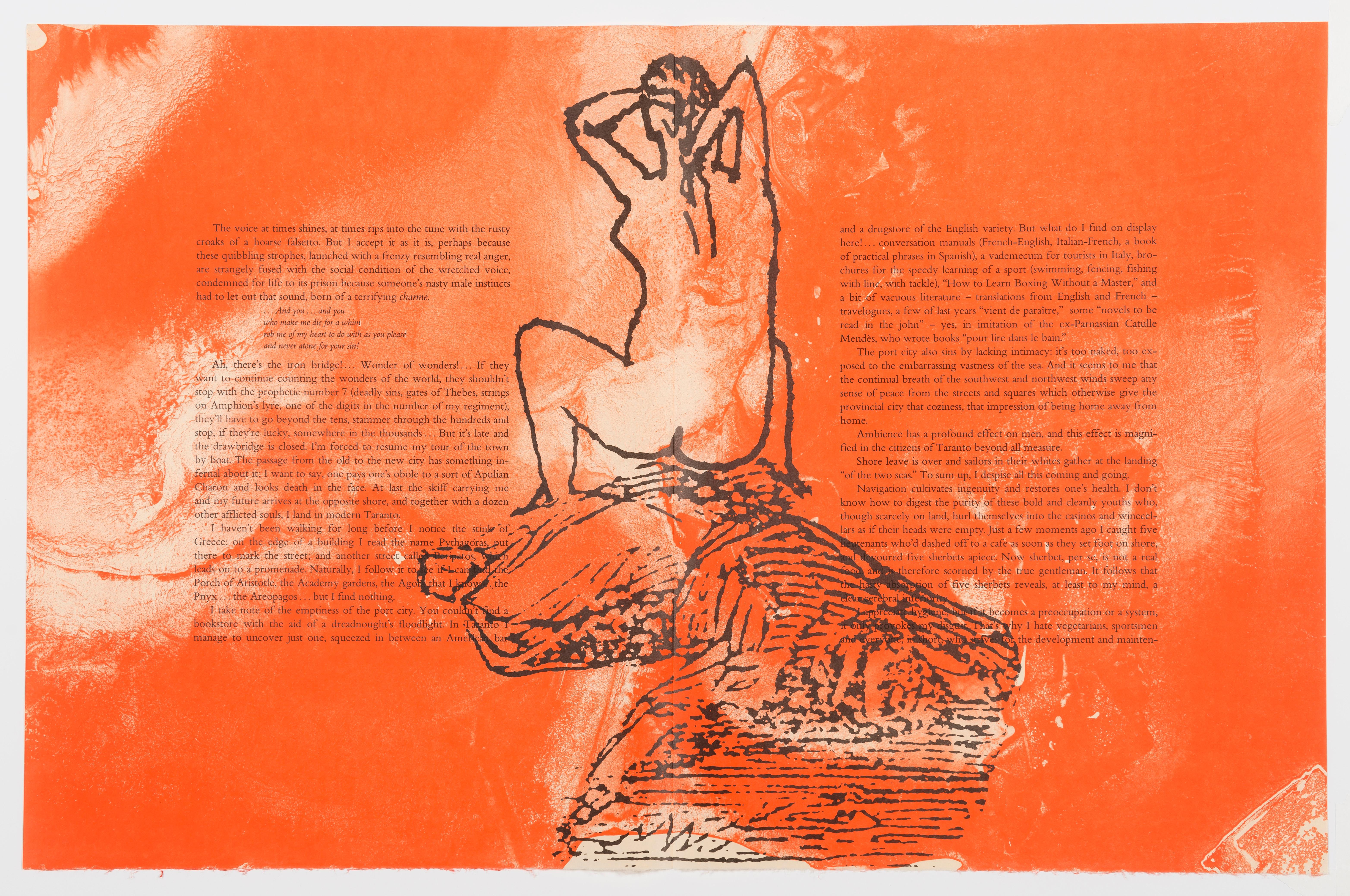 (after) Marc Chagall - Tribe of Issacher, Hand-Signed, Lithograph in colors 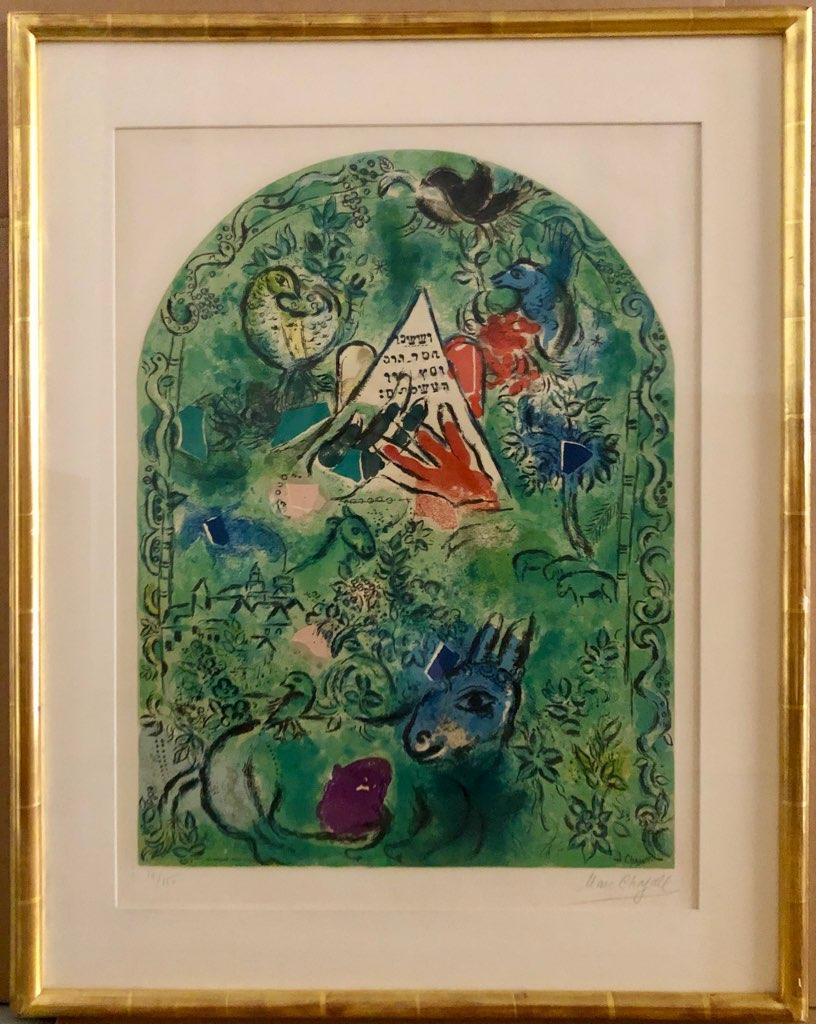 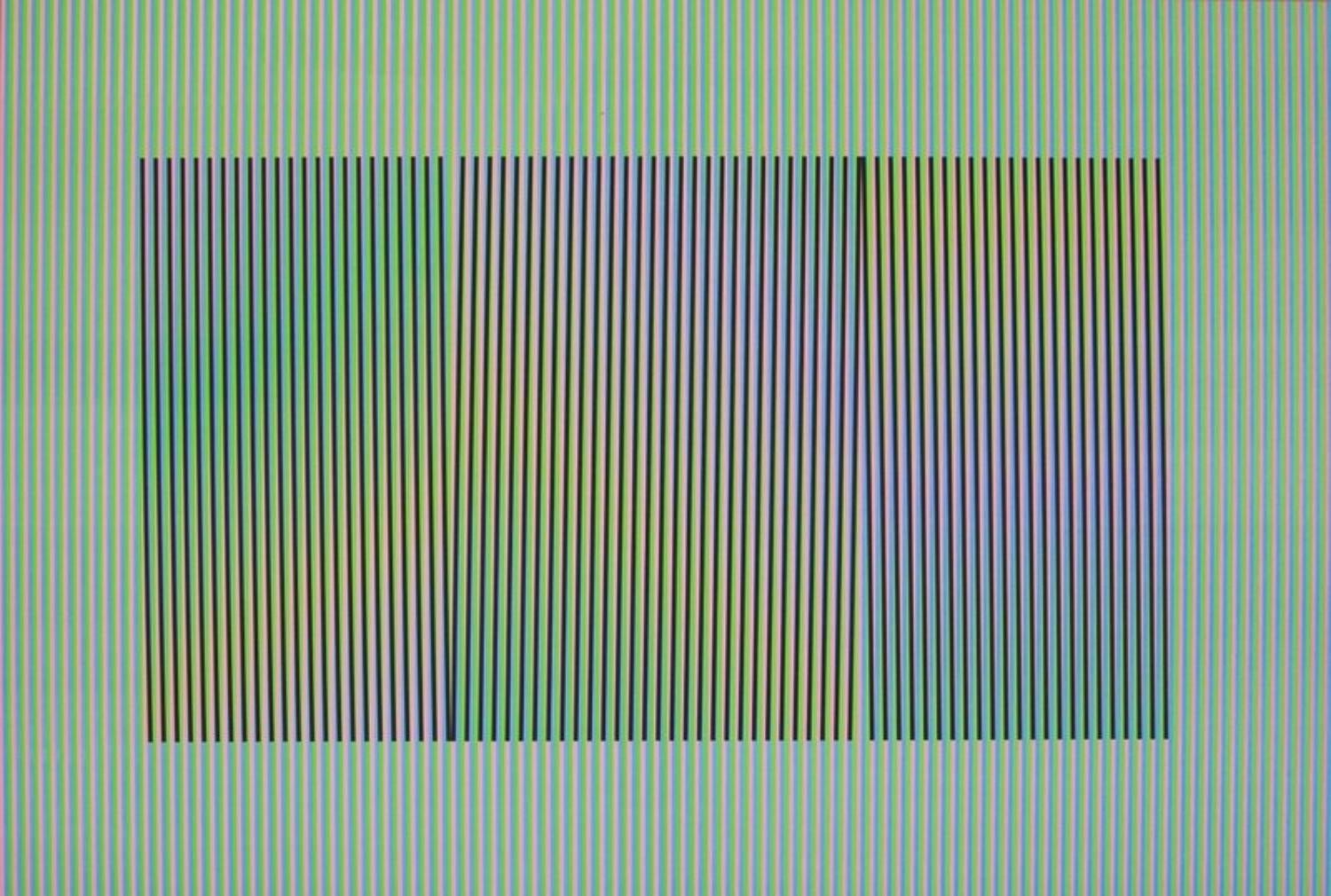 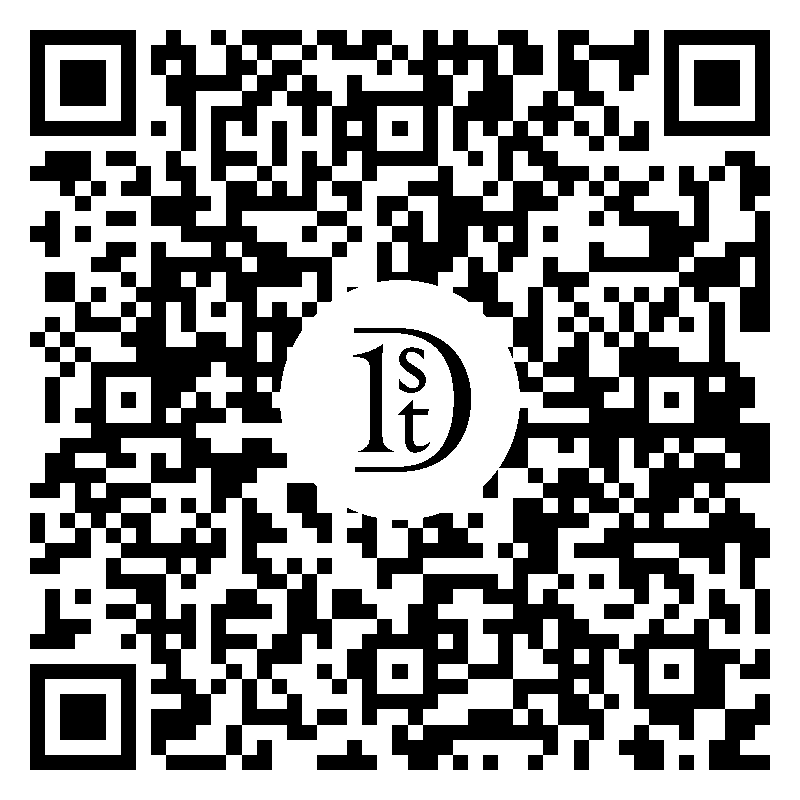 Intended limited-edition of 500, far less actually realized. Precious few survived.... Very rare limited-edition of an intricate drawing by Basquiat utilizing both words and images. Attractively designed and printed in black, blue, and red on textured brownish stock. Created as a VIP invitation to the birthday celebration for Basquiat and Eric Goode, founder of the club "Area" in NYC in the 1980s. Area was one of the most popular clubs on the Downtown scene, often frequented by Basquiat and Warhol during the period when they socialized together. Basquiat later displayed some of his work there and occasionally served as a guest DJ. It was at Area that Basquiat met Eric's sister, Jennifer Goode, who became one of the most important relationships in his life. Original Graphic Illustrator of the work: Fernando Natalici Recent comparable: $8,800, Affiche Yvon Lambert [Sold at Christie’s Paris, October 2012] A fine, unfolded copy - among the most difficult Basquiat items. 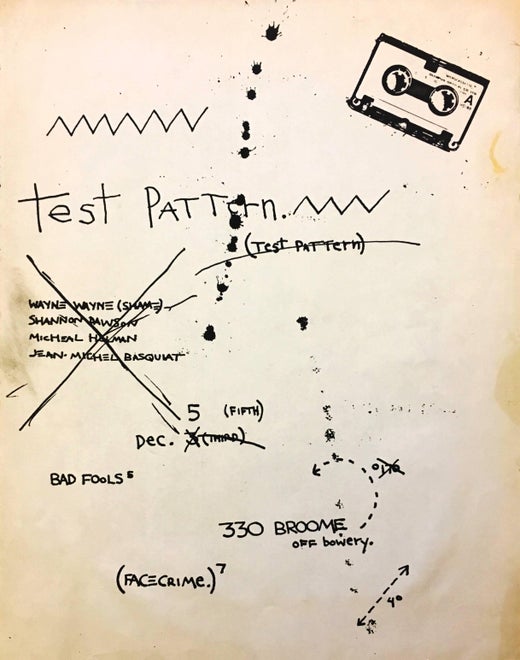 Emerging from the New York City street-art scene, Jean-Michel Basquiat would become one of the most significant artists of the 20th century as he mixed hand-scrawled text, vibrant color, gestural brushwork and themes of social commentary in a prolific output of Neo-Expressionist paintings. Although his pieces always retained the improvisational energy of graffiti, Basquiat used deceptively uncomplicated motifs such as crowns and professional boxers to honor the majesty and power of Black men and place himself in that lineage. Today, Basquiat’s art is among the most expensive in the world, with his paintings regularly fetching tens of millions of dollars at auction.Born in Brooklyn to a Haitian-American father and Puerto Rican mother, Basquiat’s parents treated him to regular visits to New York City museums and nurtured his early talent for drawing cartoons. When he was hit by a car while playing in the street, Basquiat’s mother gave him a copy of the lushly illustrated medical reference book Gray’s Anatomy. Later, human bones and body parts such as skulls and rib cages would prove potent as subject matter for his provocative and spirited visual explorations of social issues as well as his own vulnerability and the struggles he faced as a Black artist.As a teenager, Basquiat spray-painted city bridges with friend Al Diaz, and their “SAMO” tag caught the eyes of local artists. He left home before he was 20, selling hand-painted sweatshirts and postcards in Lower Manhattan. Because Basquiat was homeless — sleeping in parks and girlfriends’ apartments — he couldn’t afford proper canvases, and instead transformed found materials, such as old doors and windows, with paint and layered paper. The works vividly juxtaposed a street-art style with forms inspired by Abstract Expressionism.Basquiat’s first public exhibition was “The Times Square Show” in 1980, a landmark event for artists experimenting with the boundaries between the galleries and the streets, with pieces by Keith Haring, Jenny Holzer, Kenny Scharf and Kiki Smith. His art soon garnered critical acclaim as well as the attention of collectors. Basquiat’s first solo show was at Soho’s Annina Nosei Gallery, in 1982, with another that year at Larry Gagosian Gallery in Los Angeles. His star continued to rise with multiple exhibitions in Europe, a 1983 feature in the Whitney Biennial and inclusion in a 1984 exhibition of painting at New York’s Museum of Modern Art. But he found that racist stereotypes persisted in press coverage of him, even as his profile expanded, and friends contend that he was exploited by collectors and art dealers. He battled a heroin addiction for years, and at the age of 27, Basquiat died from an accidental drug overdose on August 12, 1988.Although it mainly spanned from 1980 to 1988, Basquiat’s career in visual art involved hundreds of paintings, drawings, sculptures, prints and other works. This included collaborations with Andy Warhol, with whom he created a series of paintings between 1983 and 1985. Basquiat’s art has been exhibited in almost every major art museum in the world, and in 2017 his 1982 Untitled painting was sold for $110.5 million at a Sotheby’s auction.Find a collection of original Jean-Michel Basquiat art on 1stDibs.
About the Seller
No Reviews Yet
Located in New York, NY
Vetted Seller
These experienced sellers undergo a comprehensive evaluation by our team of in-house experts.
1stDibs seller since 2015
9 sales on 1stDibs
Typical response time: 2 hours
More From This Seller

Price Upon Request
PORTFOLIO OF WOLF SAUSAGE, KING BRAND, DOG LEG STUDY AND UNDISCOVERED GENUIS
By Jean-Michel Basquiat
Located in Aventura, FL
Conceived in 1982-1983 and printed in 2019. Screenprint in colors. Each stamped and signed by Lisane Basquiat and Jeanine Heriveaux, the artist’s sisters and administrators of the Es...
Category

$142,500
DOG LEG STUDY
By Jean-Michel Basquiat
Located in Aventura, FL
Conceived in 1982-1983 and printed in 2019. Screenprint in colors. From the edition of 50. Stamped and signed by Lisane Basquiat and Jeanine Heriveaux, the artist’s sisters and admin...
Category

$52,000
WOLF SAUSAGE
By Jean-Michel Basquiat
Located in Aventura, FL
Conceived in 1982-1983 and printed in 2019. Screenprint in colors. From the edition of 50. Stamped and signed by Lisane Basquiat and Jeanine Heriveaux, the artist’s sisters and admin...
Category

$52,000
FLEXIBLE
By Jean-Michel Basquiat
Located in Aventura, FL
Flexible, based on a panel painting created in Basquiat’s Venice, California studio in 1984, portrays the griot—a storyteller, entertainer, and purveyor of oral history from West Afr...
Category 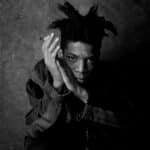