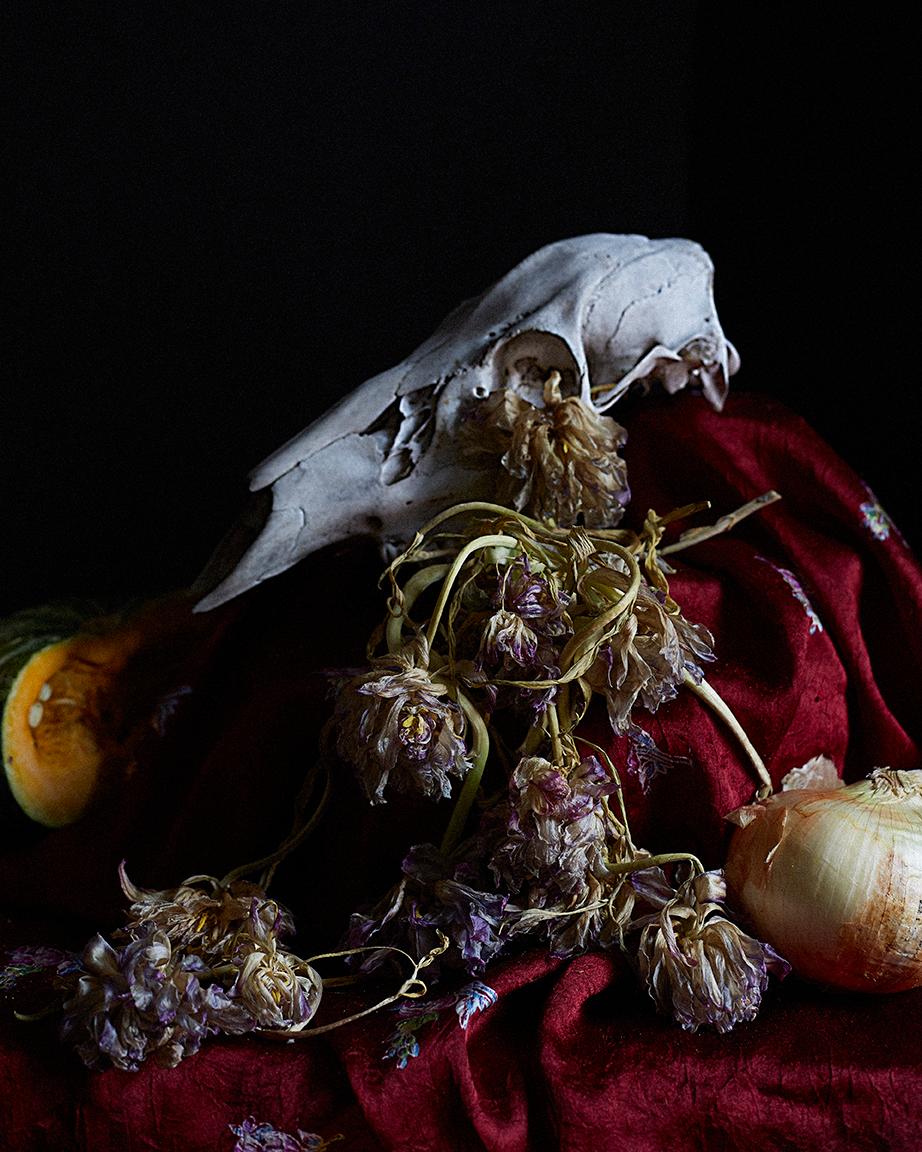 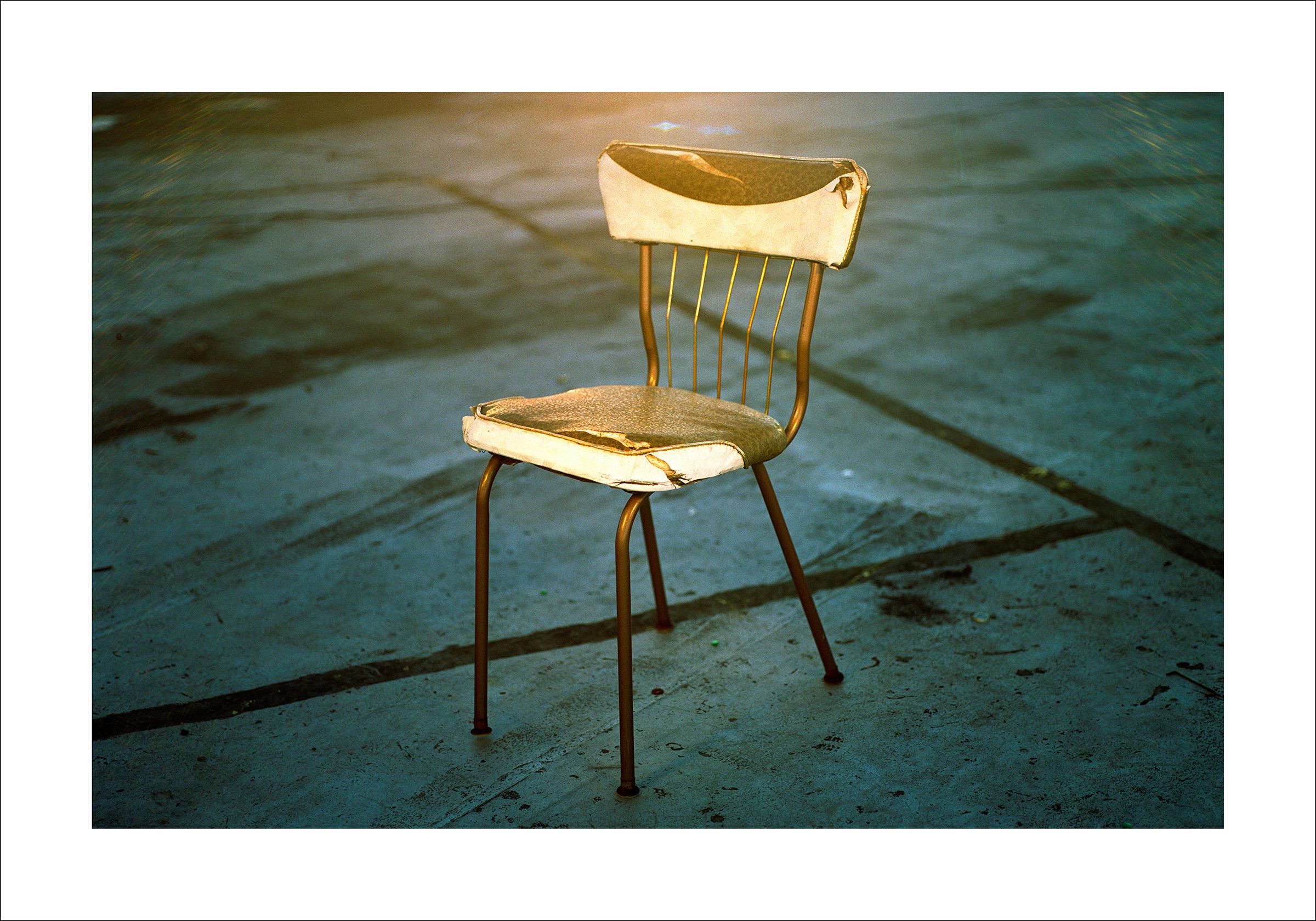 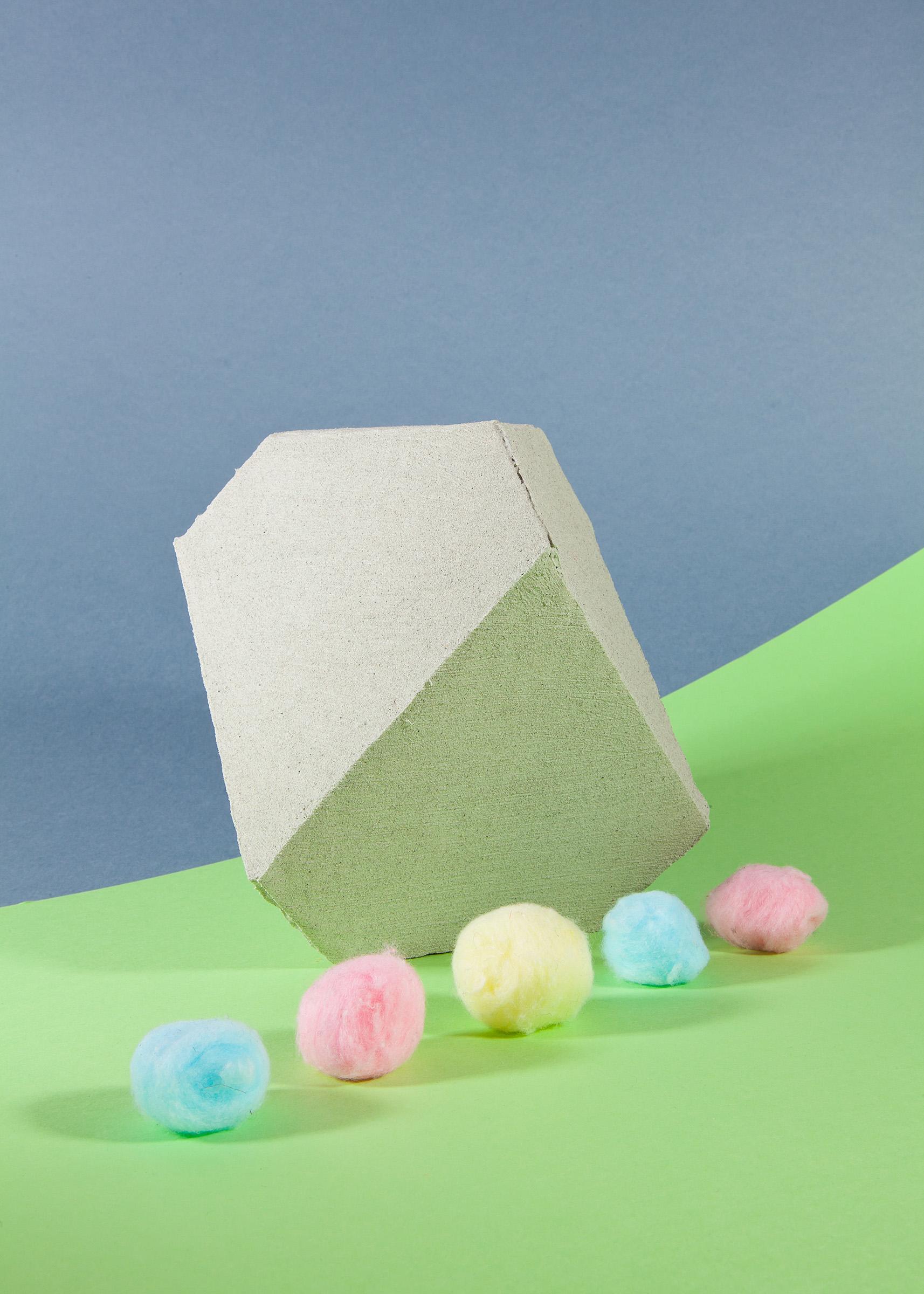 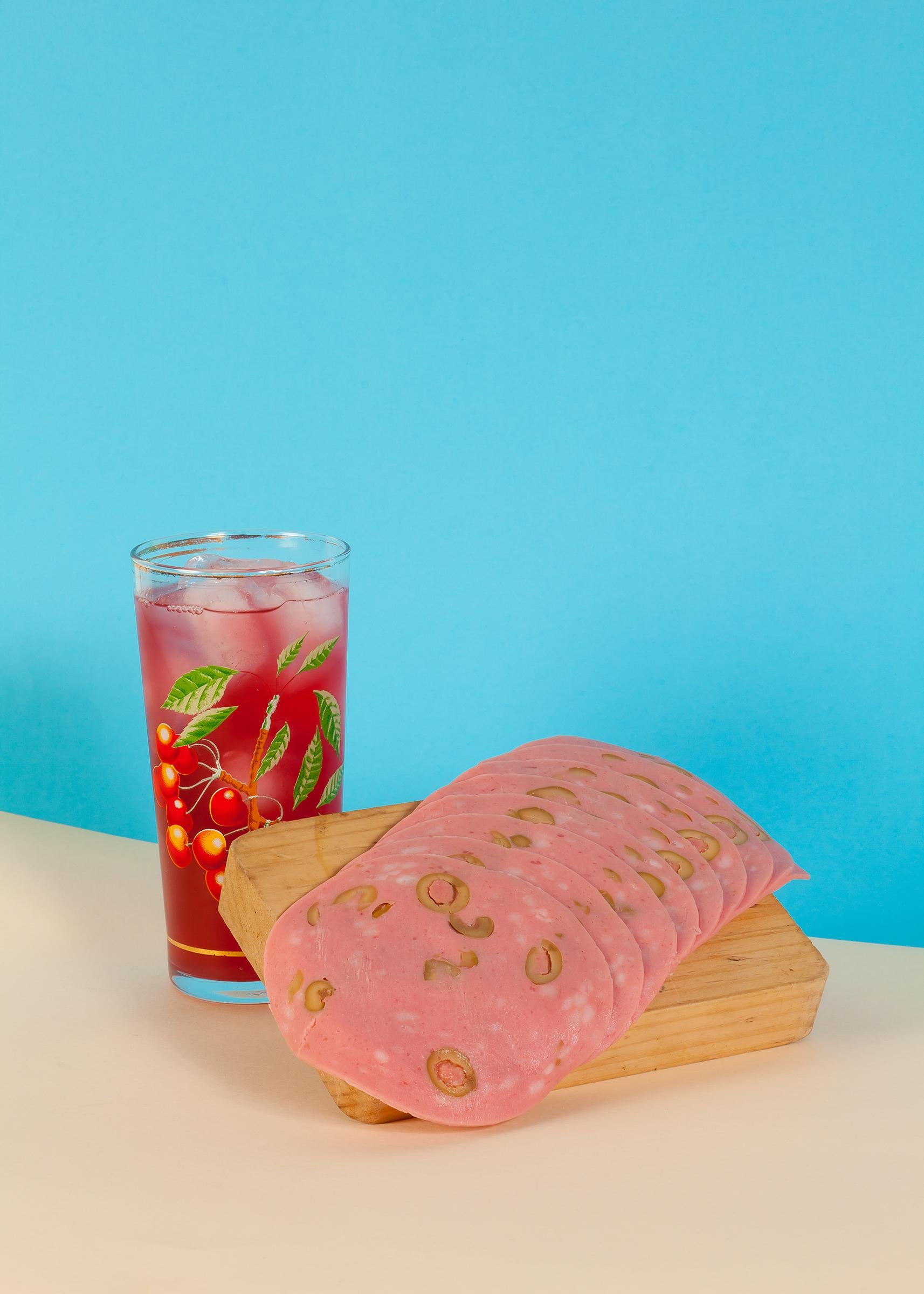 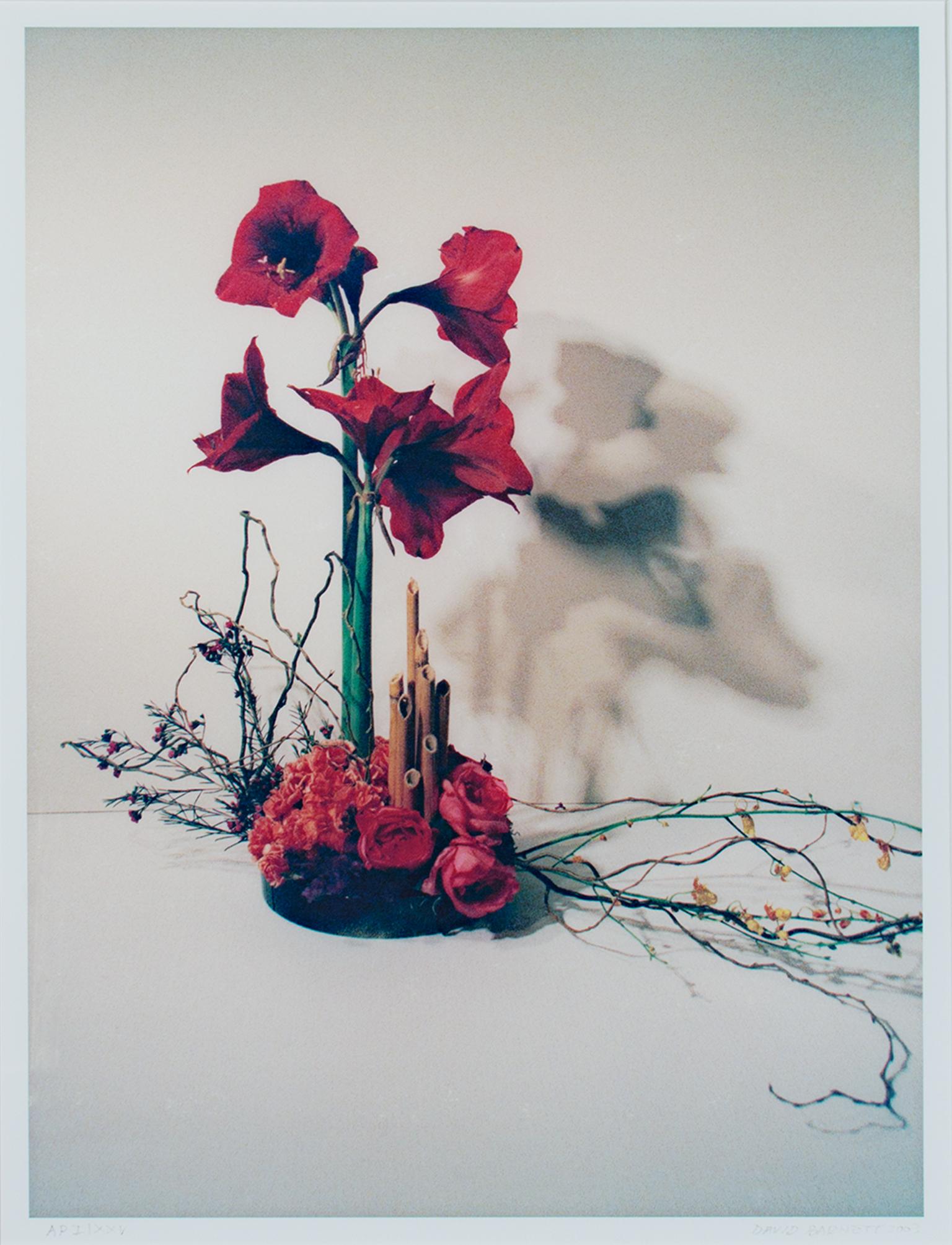 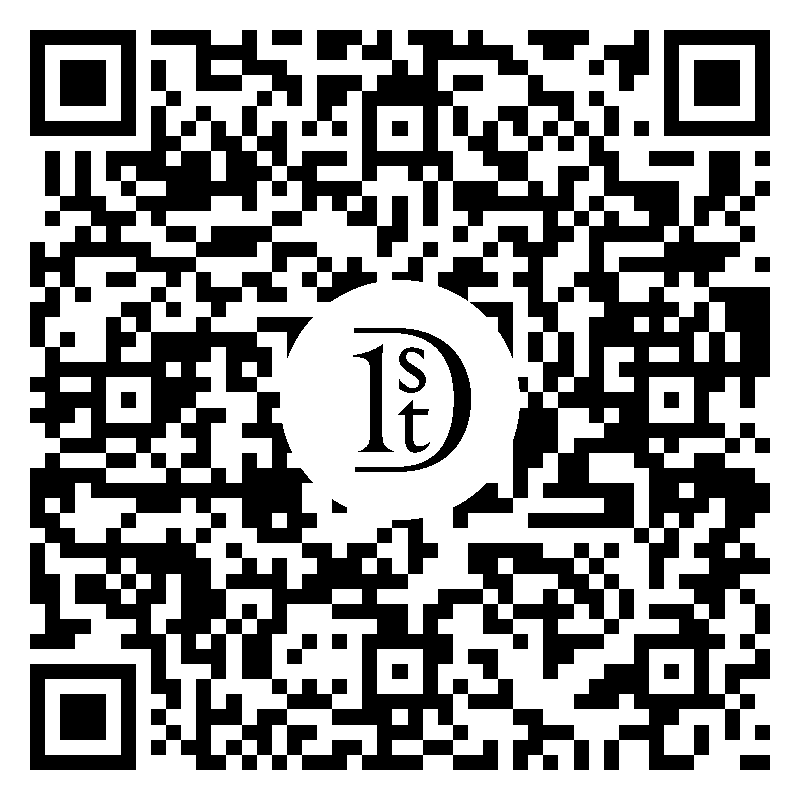 David Barnett's 'Buca di Beppo - Chocolate Demolition Derby' features a playful application of forced perspective. The photograph zooms-in on a yellow toy car mid drift atop a plate of chocolate sauce, recreating a demolition derby in miniature. Condiments, glasses, and a closed wine menu surround the plate, suggesting that the photograph was taken in a moment of levity after dinner. Speaking about the piece, Barnett explained that he had been dining at Buca di Beppo when he noticed a child playing with a toy car on his parents' plate of tiramisu, the sight reminding him of his teenage years spent attending demolition derbies with his peers. This print is signed and dated by the artist in the lower right, and features the inscription “Trial Proof” written in pencil in the lower left. Fine art photography giclée print 10 x 15 inches, photograph 17.25 x 21.375 inches, frame Signed and dated lower right "Trial Proof" written in lower left Framed to conservation standards using archival materials including 100 percent rag mounting materials, and housed in an aged gold finish wood moulding. David Barnett, an artist, collector, appraiser and gallerist has been passionate about art from the early age of five. David’s career as an art dealer began at age nineteen when, as a fine arts student, he sponsored an exhibition of work by fellow student artists. In 1966, he opened his first gallery in a converted basement apartment at Wisconsin Avenue and 21st Street. In 1985 David moved his gallery from Wisconsin Avenue into the Old Button Mansion on State Street and has been active ever since. David’s talents for recognizing undervalued artists and for meeting the needs of art lovers, art collectors and artists have created a vibrant, flourishing gallery and collection of over 6,000 works of art. David was born and raised in Wisconsin. He has been painting in watercolors, acrylics, oil pastels as well as fine art photography. David has more than 10 different series he has developed over the years. They include Abstract, Surrealism, Morph Dog, Up North Birch Bark, Impressions of Mexico City, Southwest, Fireworks, Famous Artist Paying Homage and Garden Panorama. Influential artists include Vermeer, Miro, Kandinsky, Chagall, Nolde and Klee. David has been featured in many magazines, newspapers and public television programs regarding his beautiful gallery, collection and knowledge and passion of fine art. David also has work in the permanent collection Scottsdale Museum of Contemporary Art, Arizona. Since its opening in 1966, The David Barnett Gallery has flourished to become Wisconsin's premier gallery and has the most diverse range of art available in any Wisconsin gallery, including works of art that represent more than 600 artists. The gallery also offers custom framing, art appraisals, installation services, consulting services and more. David Barnett has been appraising art as an accredited member of the Appraisers Association of America since 1975 and he is one of approximately only 2,000 personal property appraisers in the United States with the Uniformed Standards of Professional Appraiser Practice Certification. The David Barnett Gallery specializes in European and American masters, regional and nationally recognized artists, and "emerging" Wisconsin artists. Latin American, Asian, and African American artists also adorn the gallery along with Ethnographic art from Africa, Indonesia, and Oceania. The gallery has a national reputation for its extensive collection of Picasso ceramics and Milton Avery oil paintings.

1stDibs Buyer Protection Guaranteed
If your item arrives not as described, we’ll work with you and the seller to make it right. Learn More
About the Seller
5.0
Located in Milwaukee, WI
Platinum Seller
These expertly vetted sellers are 1stDibs' most experienced sellers and are rated highest by our customers.
Established in 1966
1stDibs seller since 2017
290 sales on 1stDibs
Typical response time: 1 hour
More From This Seller