H 20 in. W 16 in.
Love Kate Moss #1
By Thomas Hussung
Located in Marina del Rey, CA
Kate Moss Love #1 We have had requests for smaller size prints and are offering this amazing image, signed by the artist in an edition of just one. #1/1 in a smaller size!
Category 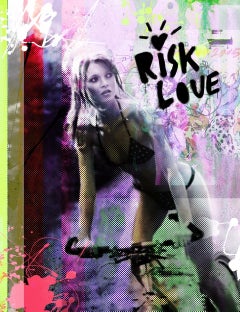 H 36 in. W 24 in. D 1 in.
Kate Moss
By Seek One
Located in Bridgehampton, NY
Mixed media (Vintage Vogue magazine), aerosol & acrylic on 30"x40" wood panel with epoxy resin finish. About the Artist: Seek One is an up and coming talent, showing at galleries...
Category

H 40 in. W 30 in. D 1.75 in.
"It's a Sin to Be Tired" Pop Art Street Art Mixed Media Portrait of Kate Moss
By Gieler
Located in New York, NY
This piece depicts famous English model Kate Moss. Done with beautiful expressive colors and a distinctive street art design, this piece pops with energy and a romantic beauty. It is...
Category

H 18.12 in. W 13 in. D 1.19 in.
"Kate Moss" Contemporary Pop Art Mixed Media Portrait
By Jim Hudek
Located in Houston, TX
1990's model icon collage with Playboy heading encased in resin. The work is signed by the artist in the bottom corner. Jim Hudek is an emerging artist in the Texas region and Housto...
Category

Surely you’ll find the exact piece of kate moss pop art you’re seeking on 1stDibs — we’ve got a vast assortment for sale. In our selection of items, you can find Pop Art examples as well as a Contemporary version. Making the right choice when shopping for an item from our selection of kate moss pop art may mean carefully reviewing examples of this item dating from different eras — you can find an early iteration of this piece from the 20th Century and a newer version made as recently as the 21st Century. On 1stDibs, the right choice in our collection of kate moss pop art is waiting for you and the choices span a range of colors that includes beige, gray, pink and brown. Creating an object in our assortment of kate moss pop art has been a part of the legacy of many artists, but those crafted by Fernando Natalici, Thomas Hussung, Jim Hudek, Jack Graves III and Gieler are consistently popular. These artworks were handmade with extraordinary care, with artists most often working in c print, archival pigment print and paper. A large option in this array of kate moss pop art can be an attractive addition to some spaces, while smaller examples are available — approximately spanning 10 high and 8 wide — and may be better suited to a more modest living area.

How Much is a Kate Moss Pop Art?

The price for an artwork of this kind can differ depending upon size, time period and other attributes — a piece of kate moss pop art in our inventory may begin at $119 and can go as high as $25,029, while the average can fetch as much as $941.