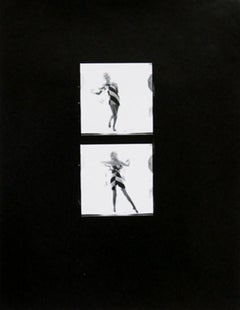 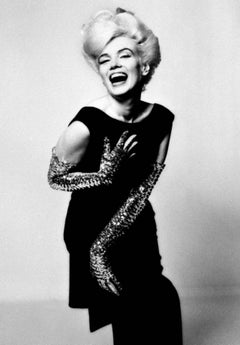 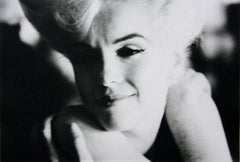 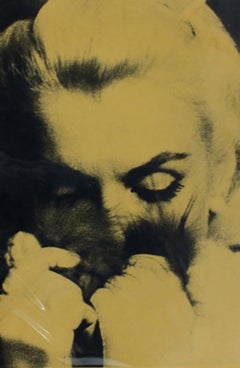 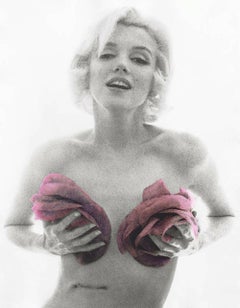 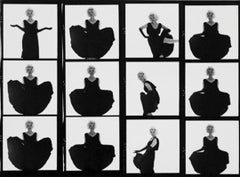 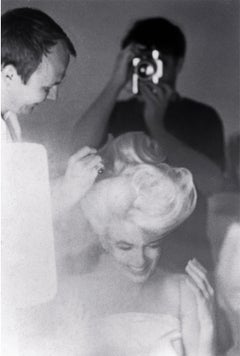 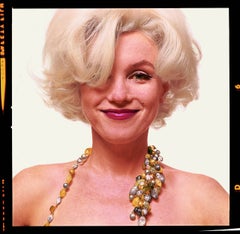 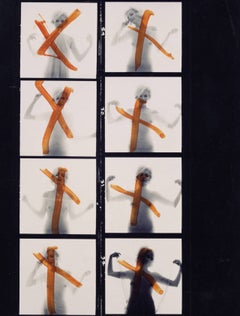 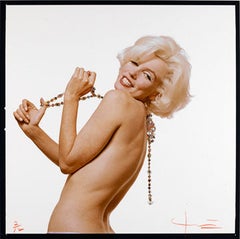 Bert Stern
Marilyn Monroe . In the clouds . The last sitting, 2009

H 13 in. W 19 in.
Marilyn Monroe: From "The Last Sitting, 1962” (Avant-Garde Magazine)
By Bert Stern
Located in New York, NY
Rotogravure print. From 1968 through 1971, 14 issues of a graphic design-focused magazine called Avant-Garde were published. The magazine had a small circulation but was very popul...
Category

Bert Stern
Marilyn Monroe . Passed out on the bed . The last sitting, 2009

Marilyn Monroe with Grey Roses (from The Last Sitting, Vogue), 1962
By Bert Stern
Located in Sag Harbor, NY
VINTAGE HOLLYWOOD BLACK AND WHITE EDITION FROM THE BERT STERN ESTATE comes with certificate from the estate Bert Stern was one of the leading photographers of the 1950s and 1960s; he...
Category

H 19 in. W 13 in.
Marilyn Monroe with White Roses (from The Last Sitting, Vogue), 1962
By Bert Stern
Located in Sag Harbor, NY
Mid century vintage photo from the famed last sitting of marilyn from the estate of BERT STERN with certificate of authenticity Bert Stern was one of the leading photographers of the...
Category

H 55 in. W 82 in.
Marilyn Monroe with Blue Roses (from The Last Sitting, Vogue), 1962
By Bert Stern
Located in Sag Harbor, NY
Bert Stern was one of the leading photographers of the 1950s and 1960s; he redefined fashion photography with his clean and direct style. Like his contemporaries Richard Avedon and I...
Category

H 48 in. W 34 in.
Marilyn Monroe in Black Dior Dress (from The Last Sitting, Vogue), 1962
By Bert Stern
Located in Sag Harbor, NY
vintage black and white MARILYN MONROE LAST SITTING BERT STERN COMES WITH COA FROM THE ESTATE Bert Stern was one of the leading photographers of the 1950s and 1960s; he redefined fas...
Category

H 24 in. W 24 in.
Marilyn Monroe, from The Last Sitting
By Bert Stern
Located in New York, NY
Bert Stern (American, 1929–2013) was considered to be one of the most important photographers of fashion and celebrities. Working as a messenger and mail clerk at Look magazine in 19...
Category

H 38 in. W 38 in. D 2.25 in.
Marilyn Monroe, Rejected with Red Lipstick (from the last sitting)
By Bert Stern
Located in New York, NY
Bert Stern (American, 1929–2013) was considered to be one of the most important photographers of fashion and celebrities. Working as a messenger and mail clerk at Look magazine in 19...
Category

Surely you’ll find the exact marilyn last sitting you’re seeking on 1stDibs — we’ve got a vast assortment for sale. You can easily find an example made in the Photorealist style, while we also have 10 Photorealist versions to choose from as well. Making the right choice when shopping for a marilyn last sitting may mean carefully reviewing examples of this item dating from different eras — you can find an early iteration of this piece from the 20th Century and a newer version made as recently as the 21st Century. Adding a marilyn last sitting to a room that is mostly decorated in warm neutral tones can yield a welcome change — find a piece on 1stDibs that incorporates elements of gray, beige, black, orange and more. There have been many interesting marilyn last sitting examples over the years, but those made by Bert Stern are often thought to be among the most thought-provoking. Frequently made by artists working in paper, photographic paper and archival pigment print, these artworks are unique and have attracted attention over the years.

How Much is a Marilyn Last Sitting?

Bert Stern grew up in Brooklyn, New York. He dropped out of school at the age of 16 and went on to become the art director for Mayfair Magazine. Stern photographed many other iconic female celebrities, including Audrey Hepburn, Elizabeth Taylor, Madonna and Kylie Minogue, but will always be remembered for his captivating images of Marilyn Monroe.