Adolfo Wildt was an Italian artist and sculptor who exhibited his first work at the Society for Fine Arts in Milan in 1893, which was immediately captured by the National Gallery of Modern Art in Rome. From 1894 onwards, he worked for Franz Rose, a Prussian collector. With this protection, Wildt could immerse himself in his work, participating regularly in exhibitions held in Milan, Monaco, Zurich, Berlin and Dresden. In 1913, he was awarded the Premio Principe Umberto for his design for the fountain show at The Trilogy of Secession of Monaco. From 1914, he attended various international exhibitions. He also held a staff in 1919 at the Galleria Pesaro in Milan.

Victory - Bronze Sculpture After A. Wildt - 1990
By Adolfo Wildt
Located in Roma, IT
Category 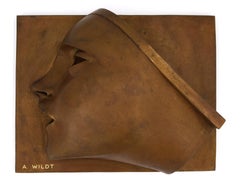 Related Items
Victory - Bronze Sculpture After A. Wildt - 1990
By Adolfo Wildt
Located in Roma, IT
Category 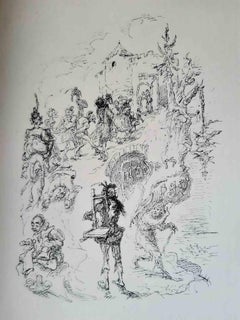