Adolphe-Félix Cals was a French portrait, genre and landscape painter. He was born into a poor family, yet his parents attempted to prevent him from performing manual labor. He initially trained as an engraver under Jean-Louis Anselin, who was a family friend. After Anselin died suddenly, he went on studying engraving, first with Ponce, then under Bosc, before finally entering the atelier of Léon Cogniet. Cogniet tried to mentor Cals in the direction of a more popular style although Cals disagreed. Cogniet argued that Cals’s style would hurt his career but Cals refused to give in. He parted company with his neoclassical-influenced teacher, owing to his teacher's lack of appreciation for the emerging Impressionist movement in art. 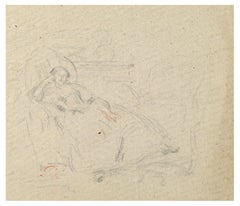 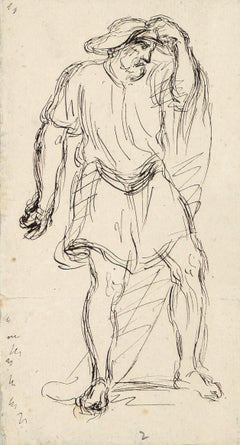