Annis Allen was born in 1922 to a circuit riding Methodist minister and a music teacher. She came of age in West Texas during the Depression and graduated from Texas Tech, when most women did not go to college. Annis married in the middle of World War II, giving birth to her first child with the husband at war and raised three children in Corpus Christi through the 1950s and 60s. She then embarked on a second career as an avid art student and visual artist who continued up to the end of her life. After first educating herself in multiple styles and mediums, Annis focused on collage as her favored path to combine color, texture, form and found objects. During this time, she moved from Texas to the Caribbean island of Puerto Rico, which brought vibrant color and humor to her work, followed by a number of years living in an old farmhouse outside Philadelphia, where her work matured.

Annis returned to Texas in 1979 and settled in Austin. By that time, she routinely exhibited her work in multiple states and at annual art shows throughout the Southwest and received awards at juried art shows through the years. Although she stopped exhibiting several years before her death, Annis continued to make art even after moving to an assisted living facility in 2016. Annis Allen died in 2018 at the age of 95. 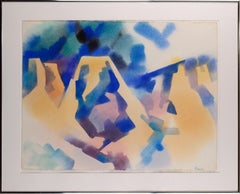 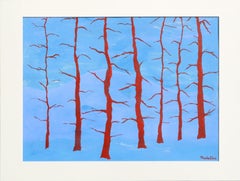