Aristide Joseph Bonaventure Maillol was born in Banyuls-sur-Mer, Roussilon. He decided at an early age to become a painter and moved to Paris in 1881 to study art. After several applications and several years of living with poverty, his enrollment in the Écoledes Beaux-Arts was accepted in 1885, and he studied there under Jean-Léon Gérôme and Alexandre Cabanel from 1882–86. His contemporaries, Pierre Puvis de Chavannes and Paul Gauguin strongly influenced the artist. In 1893, Gauguin suggested he join the artist group "Nabis." Around the turn of the century, the Nabis developed an anti-naturalist, symbolist pictorial language with two-dimensionally-decorative, simplified color shapes and black contours. This style influenced Maillol’s early paintings and tapestry designs. Gauguin had also encouraged his growing interest in decorative art, an interest that led Maillol to take up tapestry design. In 1893, Maillol set up a small tapestry studio at his home village of Banyuls, where he employed local women for weavings and began producing works whose high technical and aesthetic quality gained him recognition for renewing this art form in France. Till 1900, Maillol produced wall tapestries in the Art Nouveau style, but then an eye disease forced him to concentrate on sculpture, mainly small statues made of wood and clay from which he developed his monumental stone and bronze statues. The main subject of his sculptural work was the female nude, which featured a Classic calmness and a clear, closed plasticity. His works done between 1902 and 1905 reveal an approach to classical, statutory forms and his striving for a closed sculptural volume, a harmonious balance and calm classical expression, which was adopted from Hellenistic Antiquity. Aristide Maillol's compact, voluptuous female figures, reminiscent of Gauguin's women as well as of Renoir's later nudes, considerably influenced European and particularly German sculpture. Maillol also produced important graphic works, drawings, lithographs and particularly a series of woodcuts, which the enthusiast for Antiquity made to illustrate antique literature. The first overview of his creations was shown in Paris in 1937, as part of the exhibition "Les maîtres de l'art indépendant," which was held at the Petit Palais simultaneously with the World Exhibition and occupied three rooms. Maillol was awarded large orders, and 1936 - the biggest one of them all, the monumental sculpture "La Montagne" for the then planned Museum of Modern Art in Paris. But these plans were not destined to come true and that makes it possible for his tragic death in a car crash in 1944. Maillol is often remembered as the "Cézanne of sculpture," as he, like Cézanne - paved the way to abstraction. 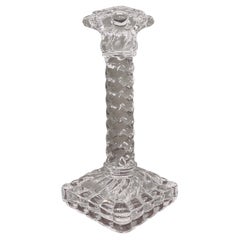 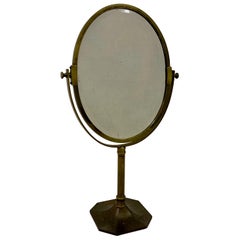 Furniture by Aristide Maillol are available for sale on 1stDibs. These unique items are often made from Paper, and are designed with extraordinary care. In our collection of Aristide Maillol furniture there are many options to choose from, although beige editions of this piece are particularly popular. Many of Aristide Maillol's original furniture was created in Europe in the Modern style during the 20th century. Many customers also consider Furniture by Marc Saint-Saens, Jacques Borker and Jean-Adrien Mercier.. Aristide Maillol Furniture prices can vary depending on size, time period and other attributes. On 1stDibs, the price for these items starts at $4,230 and tops out at $9,000, while pieces like these, on average, can sell for $6,615.