Benjamin Newton Messick was born on January 9, 1891, on a farm near Strafford, Missouri. His art talent was apparent from the time he was a child and later recognized by his commanding officer in World War I. Little is recorded in his autobiography about Messick's life from his teen years and service during the War. He enrolled at Chouinard Institute in the Fall of 1925 and was given a three-year scholarship by Mrs. Chouinard. In 1925, he won a cash award at the Los Angeles County Fair for a group of pen and charcoal drawings done in the parks and streets of Los Angeles. These works give the appearance of being spontaneous and fluid. In 1930, Messick left Chouinard as a full-time student and rented an apartment on West Eighth Street to use as a studio and living quarters. He had his ideas on what he was trying to accomplish in art, “If you should ask what is the message of my drawings, I should say that they may explain themselves or maybe just a technical exercise.” By the mid-1940s, Messick's position in the art world had been well established as a teacher, painter, printmaker, writer and critic. Over his lifetime, he had over 400 shows and exhibitions. Starting in 1939, he produced several stone lithographs that appear to the untrained eye as original drawings. To Messick, the image was the most important aspect of his lithographs, and his signature on the plate was sufficient. Hand signing each lithograph did not seem necessary to him. He exhibited prints widely, including the Albany Print Club and the Metropolitan Museum. To further substantiate the authenticity of Messick's prints the Eclectic Gallery under the authority of the Messick family posthumously signed each estate-acquired stone lithograph. Messick had a childhood fascination with the circus and started drawing and painting the circus in 1935. His circus work, especially his clown studies, and his lithographs became his trademark work in the 1940s and 1950s. Messick died in 1981 in Apple Valley, California.

(Biography provided by Lagamina Fine Art)
Applied Filters2 results
Creator:Ben Messick
to
1
Item Ships From
2
Height
to
Width
to
1
2
1
2
9,809
2,534
1,926
1,597
1
1
1
1
1
Untitled
By Ben Messick
Located in Chicago, IL
Ben Messick is an American artist who depicts life in urban Southern California with humor and compassion. As Messick said, "if you should ask what is the message of my drawings, I s...
Category 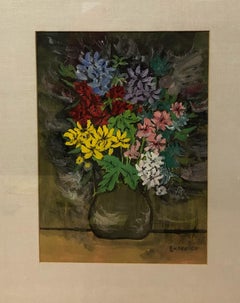 On the Beach
By Ben Messick
Located in Soquel, CA
Study of a female nude in the Baroque style, by acclaimed California artist Ben Messick (American, 1891-1981). He completed his training in Los Angeles at Chouinard in the late-1920s...
Category 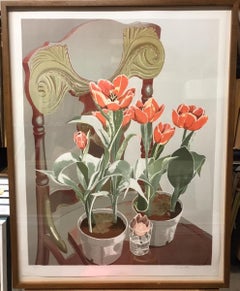 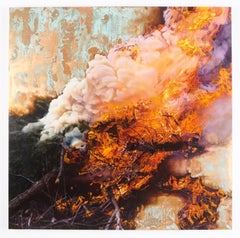