Charles Brindley studied at the University of Tennessee, Knoxville. He has a BFA from Middle Tennessee State University. Meticulous and technical in approach, Brindley isolates his subject matter in simplistic settings, giving them a larger-than-life impact. Brindley is inspired by 19th-century German romantic Caspar David Friedrich, with whom he shares a penchant for nature in its decaying and skeletal form. He prefers nature unpeopled and in its dormant state, to enhance the decay, which time seems to encapsulate from the primitive to the present. Brindley is represented by galleries in numerous cities, including Nashville, Memphis, Taos, Washington, D.C. and New York City. 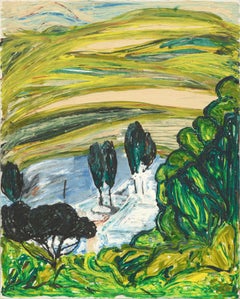