Darwin B. Musselman was born in Selma, California, in 1916, and began his art education at the California State University, Fresno, from where he graduated in 1938. He then attended the Art Center College of Design in Los Angeles, where he studied with portrait artists, Stanley Reckless and Willard Nash. The war years gave him a reason to relocate to the Bay Area, where he worked in the Richmond Shipyards. He then went on to earn his MFA from the California College of Arts and Crafts in Oakland, and a Master's at the University of California,  Berkeley. He was awarded a doctoral equivalence from the California State University in 1966 and was engaged in an advanced study with internationally known painters, Lyonel Feininger and Yasuo Kuniyoshi.

Musselman was a member of the American Watercolor Society and the California Watercolor Society, founded in 1920, which in 1975 became the National Watercolor Society with him as a member. He was also on the first certification committee of the Portrait Society of America.His work is also noted in the book A California Style, published in 1985. Musselman has had more than 50 one-man shows in major art museums, had been invited to show in 50 national, international and regional exhibits, and in 60 competitive shows. A portrait artist since 1940, Musselman had been felicitated with several awards for both his portraits and advertising illustrations. He was a professor of art, design and illustration at his alma mater, the California College of Arts and Crafts, and also spent 25 years as a  faculty at the California State University, Fresno. He retired in 1978 to devote himself to painting. 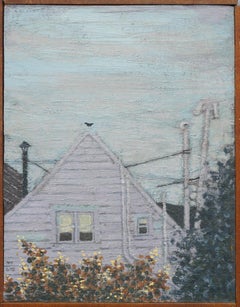 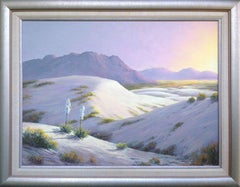 Once The Master
By Benjamin G. Vaganov
Located in Soquel, CA
Category