Eric Balint was born in 1957 in the small city of Poti in Georgia. His father was French and his mother was from Poti. The two met in Paris but moved to Poti to start a family. He was a lively child, often getting caught by his teacher drawing rather than paying attention in class. It was his teacher who convinced his parents to encourage his artistic interests by sending him to art classes. As Balint’s skills grew, he started participating frequently in art programs and had works published in local magazines. By the age of 10, he was known in his local community as a creative child with a great deal of artistic potential. By 15, he decided that he would attend art school formally, and in 1981, he moved to Tbilisi to attend Tbilisi State Academy of Arts. Being a long way from home and family, Balint spent a great deal of time alone introspecting but he was also inspired by everyday scenes. With his growing knowledge of art techniques and new perspectives on the nuances of light and color, Balint’s art began to improve and take shape. After graduating from the prestigious Tbilisi State Academy of Arts, Balint became more confident in experimenting with different subject matter and mediums. His talent was soon recognized by the Artists’ Union of USSR. Although his original plan was to become a university professor, his art exhibitions were frequent and successful enough to open his studio. Eventually, Balint felt that his ability to grow as an artist was rather stunted in Russia, and he was urged by fellow artists to immigrate to the United States. It took a few years to make the move, and he landed in New York where he spent several years painting and gaining exposure. Soon, however, he was interested in living in a smaller city and settled in Atlanta, Georgia in 1989. He has exhibited internationally with great acclaim and continues to draw global attention. 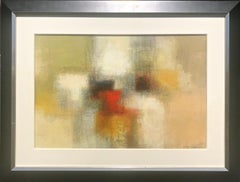 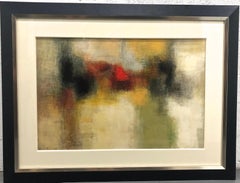 Alexander Gore
The Lasting Way Of A Lane Contemporary Abstract, 2018