George Denholm Armour was a British painter. He was born in Waterside, Lanarkshire, Scotland on 30 January 1864. He grew up in Liverpool and went to school in Fife. He graduated from the University of St Andrews and the Edinburgh College of Art. Armour moved to Tangiers, Morocco, to paint and buy horses. When his money ran out, he moved to London and shared a studio with Phil May. He met Joseph Crawhall on a hunting and painting holiday, and they both ran a stud farmhouse in Wheathampstead, Hertfordshire, England. In 1898, he got married, and Crawhall was his best man at the wedding. He did illustrations for The Graphic, Punch and Country Life. In 1910, he studied military equestrianism at the Spanish Riding School in Vienna, Austria. In 1913, he became an honorary member of the Meadowbrook Polo Club. During the First World War, he commanded the remount depot in Salonika from 1917 to 1919. When his wife died in 1924, he remarried to Miss Violet Burton. They lived in Malmesbury. Armour then became a member of the Royal Scottish Academy. He died in Wiltshire on 17 February, 1949. Some of his paintings are owned by the City of Glasgow, the National Trust, the Aberdeen Art Gallery, the National Galleries of Scotland and the University of Edinburgh. 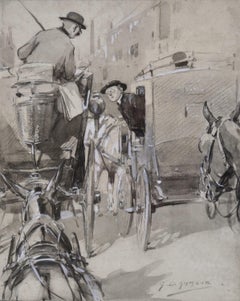 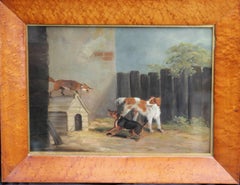 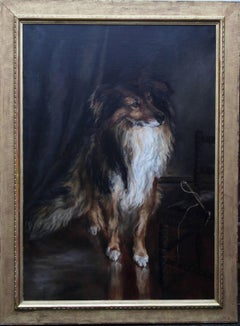