Gerald DiGiusto was born June 30, 1929, in New York City, the son of immigrant Italian and Jewish parents. He grew up in Boston, and as a young man served a stone carving apprenticeship in Quincy, Massachusetts. From 1950–54, while stationed in Tokyo with the Air Force, he worked in the studio of the Japanese sculptor Iwao Norimatsu. Upon returning to the United States, DiGiusto assisted the neoclassical sculptor, Ernest Morenon from 1955–57, with commissions for figurative sculptures for cathedrals in Washington, D.C. and Baltimore. In 1957, he graduated from the School of the Museum of Fine Arts in Boston. In 1958, he received a BFA from Yale University, where he studied under Josef Albers. His contemporaries at Yale included Claes Oldenberg, Eva Hesse, Nancy Graves, Richard Serra and Johnathan Borofsky. He was offered entry to the MFA program at Yale but turned it down for the chance to continue his pursuits in Italy. Supported by Clarissa Bartlett and David Hunt fellowships, DiGiusto studied in Florence, Italy, from 1958–60. During this period, he learned the art of bronze casting at the University of Florence. His teaching career began in 1960 at the University of Oregon where he was the assistant professor of art for two years. From 1962–66, he taught as associate professor of sculpture and drawing at the School of Architecture at Syracuse University, and subsequently became chair and professor of sculpture and drawing in the art department at SUNY Cortland. He often served as a visiting critic and lecturer at other universities. Just before his untimely death on May 15, 1987, he was on sabbatical leave in Florence, Italy, teaching pre-architectural courses for Syracuse University's program abroad. 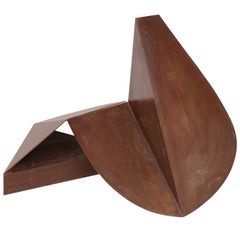 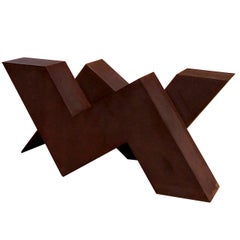 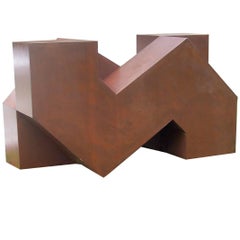 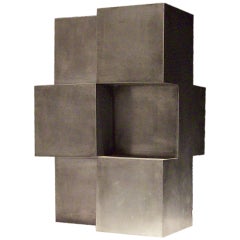 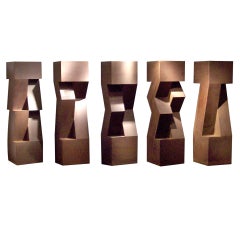