Jack Bilander was born in Lodz, Poland on April 4, 1919. His family immigrated to New York at some point and Bilander began studying art at the National Academy of Design (scholarship), Art Students League (scholarship), Columbia University and New York University (scholarship), all in New York City. Among his teachers were Alton Pickens, Gus Bosa, Will Barnet, Vaclav Vytlacil and Harry Sternberg. Bilander had one-person shows over the years in New York, Ohio, Washington and at the University of the South, Sewanee, Tenn.; University of Maine at Orono, Maine; University Museum of Art, Rio Piedras, Puerto Rico and in Connecticut with the Hunger and Poverty exhibition sponsored by the National Council of Churches of Christ in the USA. His work also traveled with SAGA under auspices of USIA, Directors of the Western Museum Art, American Federation of Art and an Associated American Artists sponsored print show in Japan. Bilander died on June 2, 2008 in New York. 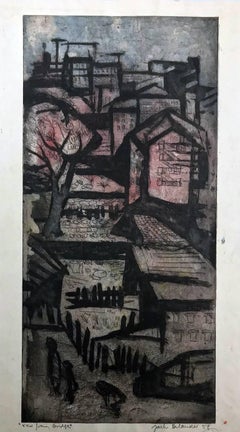 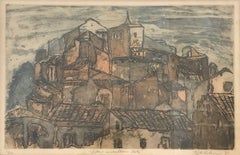