Jean Bazaine was born in Paris in 1904. While preparing for a literature degree, he was a student of the sculptor Landowski at the school of Fine Arts in Paris. In 1930, Bazaine showed his work in group exhibitions with Fautrier, Puni (Pougny) and Goerg and Gromaire whom he befriended. His first personal exhibition was organized in 1932; Pierre Bonnard encouraged him. Jean Bazaine visited Saint-Guénole for the first time in 1936. The sea and the light from the north acquired, since then, a privileged place in his artistic vision. The same year, he befriended Jacques Villon. He took part, the following year, in the important exhibition “L’art indépendent, Maîtres d’aujourd’hui” - “Independent Art, Masters of today” - (Petit Palais, Paris). He was awarded the Blumenthal prize in 1938. In 1941, Bazaine became one of the organizers of an exhibition that marked the history of painting at the School of Paris. An event, "Twenty young artists from French tradition" was conceived as a provocation to the German occupant who had qualified “degenerate art”. Until the end of the war, Bazaine often exhibited with Estève and Lapicque, while maintaining close relationships with painters such as Manessier, Singier, Gischia, Pignon or Moal. Bazaine then participated in major international events such as the Biennial Event of Venice, Carnegie Institute of Pittsburgh, Biennial Event of Sao Paulo, Documenta in Kassel, etc. His first truly important personal exhibition was held in Paris in 1949. Bazaine showed paintings created between 1944–49. His work then rejected appearance, transforming it lyrically sensitive by using a wide range of colors and by the harmonies of great richness. The first retrospective of his work was successively organized in 1959 by Kunsthalle of Bern, Stedelijk Museum of Eindhoven and by the Museum of Amsterdam. His exhibitions, both personal and collective, continued steadily over time. Bazaine explored many ways of expressions like a painter with the gouache, painter in watercolors, engraver and lithographer. Bazaine always continued an intense activity for work with monumental purposes such as painter of paperboards of tapestries, paperboards of mosaics (church of Audincourt, UNESCO in Paris, ORTF, Palace of Luxembourg, etc) and paperboards of stained glasses (Church of ESA, a castle of Lime, a church of Audincourt, Villeparisis, Saint-Séverin church of Paris, Cathedral of Saint-Dié, etc). He created sets for theatre and collaborated in the adventure of an illustrated book with friends such as André Frénaud, Raymond Queneau, Jean Tardieu, Éluard and others. Moreover, since 1934, Bazaine who remained throughout his life, a man of culture, punctuates his work of painters with written reflections on art and artists. His Notes on the painting of today (Ed. Floury, Paris, 1948) is a classic in the field of writings of painter and is repeatedly translated and republished. Bazaine died in Clamart (Hauts-de-Seine) in 2001. 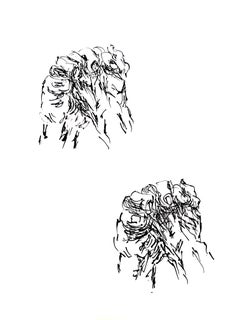 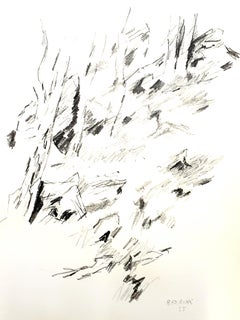