Beuys was born in Krefeld, Germany in 1921. Several months after his birth, the family moved to Kleve, close to the German-Dutch border. His talent for drawing was immediately spotted, and he visited the studio of the Flemish painter Achilles Moorgat as a child, which he later cites as inspirational to his own desires to pursue a career as an artist. In 1936, Beuys became a member of the compulsory Hitler Youth, and after graduating from school in 1941 he volunteered for the Luftwaffe. He began military training under the tutelage of Heinz Sielmann, and simultaneously attended lectures in Biology and Zoology. In 1942, Beuys was stationed in the Crimea.
In 1944, Beuys’ plane crashed on the Crimean Front. Following this incident, Beuys was deployed to the Western Front, where in 1945 he was taken prisoner in Cuxhaven and bought to a British internment camp. He was released on the 5th of August, 1945, returning home to Kleve. Following his return home, Beuys joined the Kleve Artists Association, and enrolled in the Monumental Sculpture program at the Düsseldorf Academy of Fine Arts. In 1947, Beuys co-founded the artistic group Donnerstag-Gesellschaft which organized discussions, exhibitions, events and concerts between 1947 and 1950. In 1951, Beuys shared a studio with Erwin Heerich that he kept for three years until after his graduation. Beuys graduated as a master student in 1953, and throughout the 1950s, struggled to successfully live off the income his art was bringing in. In 1961, Beuys was appointed a professor at Kunstakademie Düsseldorf. In 1964, Beuys’ performance at the Technical College Aachen began his launch into public consciousness. The following year, Beuys held a solo exhibition at the Galerie Schmela, Düsseldorf. Two years later, Beuys exhibited solo in Austria and Germany again, which he continued to do almost yearly throughout his career. In 1975-1976, Beuys represented Germany at the Venice Biennale. In 1979, Beuys held an exhibition at the Solomon R. Guggenheim Museum in New York, and represented Germany at the Venice Biennale once more in 1980. There was a retrospective held for Beuys in 1984 at the Seibu Museum of Art, Tokyo. Notably, Beuys was given a retrospective at the Tate Modern, London in 2005 and at the Museum of Modern Art in New York in 2008, and has been at the center of the international art scene since. Beuys is collected worldwide, including at the Galerie aKonzept, Berlin; the Thomas Ammann Fine Art, Zurich; the Nohra Haime Gallery, New York; the Galerie Kluser, Munich; the Galerie Schwarzer, Dusseldorf; the Richard Saltoun Gallery, Londoon and the Plazzart Paris, France. 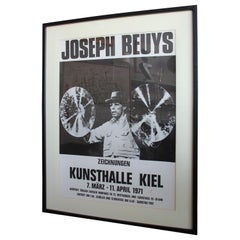 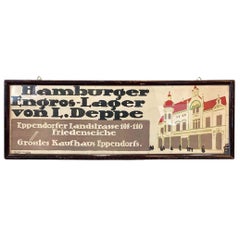 Joseph Beuys Furniture is available for sale on 1stDibs. These distinctive objects are often made of glass and are designed with extraordinary care. In our Joseph Beuys Furniture collection, there are many options to choose from, although brown editions of this piece are particularly popular. If you’re looking for additional options, many customers also consider Furniture by Paul Wunderlich Furniture, Thomas Bayrle Furniture and Dorothea Fischer Nosbisch Furniture. The prices for Joseph Beuys furniture can vary depending on size, time period and other attributes. On 1stDibs, the price for these items starts at $1,733 and tops out at $1,793, while pieces like these can sell for on average $1,763.