Luis Cruz Azaceta is a Cuban American painter. Since the late 1970s, his paintings and drawings have been taking the moral and ethical pulse of Cuba. For Azaceta, art is not a vehicle by which one achieves aesthetic satisfaction and an escape from common history and time. Rather, it is a way of facing the world. Azaceta recognizes that change is inevitable and that all of us are implicated by reality and time passing. The world we inhabit is contingent and changing; and chaos is an inherent part of the process. This is the reality we all share and which we all too often ignore. Azaceta’s work has been featured in more than 100 solo exhibitions in the USA, Europe and Latin America. Currently, his work can be seen at the Whitney Museum of American Art, New York, in the exhibition entitled, “ I, YOU, WE”, curated by David Kiehl, and at the Smithsonian American Art Museum, Washington, D.C., in the exhibition entitled, "OUR AMERICA: THE LATINO PRESENCE IN AMERICAN ART," curated by E. Carmen Ramos. He has received numerous awards and grants, including the National Endowment for the Arts, The Guggenheim Memorial Foundation Grant, The Joan Mitchell Foundation Grant, Pollock/Krasner Grant, Penny McCall, New York Foundation for the Arts, Mid-Atlantic Grant for Special Projects and the CINTAS Foundation. His work can be seen in numerous museum collections, some of which include: The Museum of Modern Art, NY, The Metropolitan Museum of Art, NY, The Whitney Museum of American Art, NY, The Smithsonian American Art Museum, Washington, D.C., Museum of Fine Arts, Boston, Museo De Arte Moderno, Santo Domingo, Dominican Republic, Museo De Bellas Artes, Caracas, Venezuela, Atrium Museo De Arte Contemporáneo, Vitoria–Gasteiz, Spain and Museo De Arte Contemporáneo De Monterrey, Mexico. 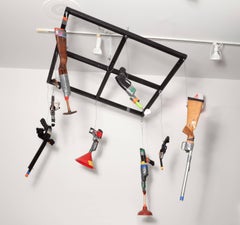 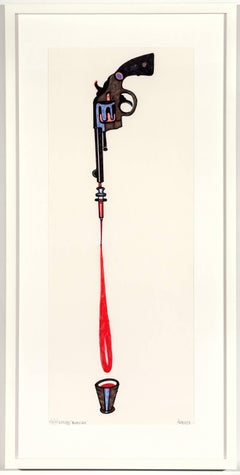 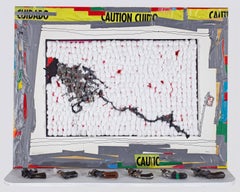