Born in Caracas on October 23, 1969, Moises Morgenstern is a self-taught artist, he explains that “art has always been in my family and my life.” His father was a jewelry designer, his mother is an architect and his grandfather was a photographer. Since he was a young boy, Morgenstern has always thought about design and sculpture. In 1991, he studied graphic design at Institute Soligraphica de Arte and started teaching photography. He now resides in Miami, Florida. All of his techniques are self-taught from the welding to the construction of the sculpture. He uses aluminum, industrial epoxy paint and stainless steel hardware. His sculptures are created for both outdoor and indoor spaces. Reticent by nature, Morgenstern seeks to communicate visually rather than verbally. His goal is to express his view of life through people’s eyes, animals’ eyes and what is reflected from the eye through a magnification of the optics of the eye. It is often said that “the eye is the window to the soul”. That sentiment has informed the work of Morgenstern. When Morgenstern looks into someone’s eyes, he sees reflections and draws upon what he sees and gives those reflections form, ultimately trying to convey what that person perceives from the world. Morganstern expands the eye and enlarges it until it becomes a form with the balance in order to create a physical manifestation of that form. He does not see people and the world as merely static; he sees music, movement and light and most of the sculptures contain movable components to reflect that perspective. 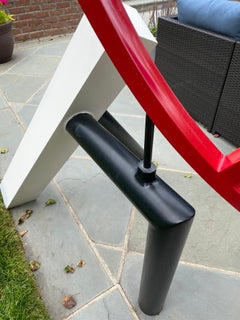 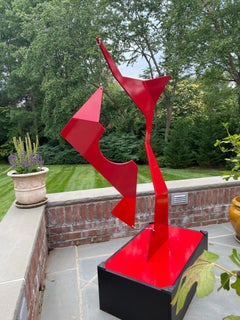 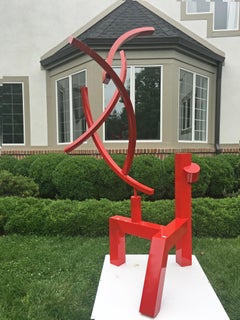