Pierre Bosco was a member of the famous Italian Della Rovere family born in Visco, the province of Udine, Italy. At an early age, he developed an interest in art. His ever-growing interest in paintings took him to Genoa and then Rome, where he became a religious paintings restorer, learning the secret techniques of the great masters of art. Bosco’s early works already showed a natural sensitivity to color and a willingness to give volume to images, which became his artistic signature. When he first discovered paintings of Cézanne, Pissarro, Gauguin and Rouault, he became convinced that his future was in Paris, where the "bohemian" lifestyle attracted painters and sculptors from around the world. At 22, he decided to leave his native Italy and move to Saint-Germain-en-Laye, where he diligently attended the schools and painting workshops of the capital. He met his neighbor, Maurice Denis, and then some of the most well-known artists, such as Pierre Bonnard, André Derain, Aristide Maillol, Edouard Vuillard and his brother-in-law, the Nabi painter Ker-Xavier Roussel, who became his great spiritual master and with whom he discovered his artistic personality. The war years were difficult for the artist. In 1940, he befriended the painter André Marchand and managed to make a living by selling occasionally and with the help from his family. However, he had his first solo exhibition in Paris in 1943 at the Galerie Roussel, boulevard Saint-Germain, but continued to pursue his work austerely in the silence of his studio. When his father died in 1945, the painter returned to Italy to be with his family for some time after 15 years of absence.

After this homecoming, he returned to Paris in 1946, painting and making a living as an art restorer. He finally gained success and recognition in the 1950s. In Saint-Germain-en-Laye, he created the Independent Painters’ Association (API), which gathered painters like Jean Souverbie, Roger Chastel, the Vera brothers, Clave, Gomery and Edoardo Samartino. After participating in the first “Biennale del Mare” in Genoa, he exhibited his work at the Gallery Vivet in Paris in 1952. In 1953, he participated in the Third Sacred Art Exhibition at the Paris Museum of Modern Art, where his painting Descent from the Cross received high praise. The following year, he exhibited 50 paintings at the Galerie du Hérisson in Saint-Germain-en-Laye to an enthralled public, especially Pierre Seghers, a well-known poet and publisher. The French press attributed the paintings of this period to “bewitching magic.” On the occasion of this exhibition, Bosco met the poet Guy Lavaud. According to him, Bosco was a powerful painter and a visionary. For three consecutive years, the painter was selected for the prestigious Otto Friez price at the Museum of Decorative Arts in Paris. In 1955, the Gallery M. Forein in the Faubourg Saint-Honoré invited Bosco for an abstract art exhibition. After careful thought, he refused to participate. At a time when abstract art was emerging into the School of Paris, influencing young painters like Alfred Manessier, Pierre Tal Coat, Jean Bazaine and many others, Bosco explored pure abstraction, but he realized that he ended up making more or less the same paintings with this form of art. For an artist in search of new experiences, abstract art is "an easy way to be locked in a system.” However, abstract art continued to be part of his work but mainly in his works on paper.

In 1956, Bosco met Alex Maguy, a famous collector and owner of the Galerie de l'Elysée. The 45-year-old painter had reached a maturity that was appreciated by a large public of art connoisseurs. He signed a contract that bound him to this art dealer for 15 years, then prepared a major exhibition for the following year. The press was unanimous, praising his "dazzling visions.” Robert Vrinat, a journalist for Le Figaro newspaper, considered him "as one of the greatest painters of his generation.” Americans even saw him as "the latest Picasso in perspective, and very much in vogue" (New York Herald, May 14, 1957). In 1957, Bosco was well known to the affluent elite of the French capital. He appeared in numerous laudatory articles written by famous poets like Pierre Seghers, Jean Cocteau and Marcel Sauvage — who dedicated a poem to him — including the French poet and novelist Henri Bosco, and the journalist and writer Louis Nucéra. Bosco’s works of art stood among those of the biggest names in contemporary painting: Chagall, Braque, Picasso, Matisse, etc. This collaboration opened new doors for him; he participated in radio shows and his paintings entered permanent collections of museums. Once introduced to the American Jewish community, Bosco attracted financiers, lawyers, actors and film producers. The exhibition at the Matarasso Gallery in Nice attests to his success in Paris.

In 1959, the Marquis de Langle, an art collector, organized an exhibition at the Galerie Di Meo in Paris, gathering writers, diplomats and high-ranking officers. On this occasion, Bosco met his Royal Highness the Prince of Greece and the Duke of Broglie. In 1960, he married Madeleine Poire and both traveled to New York for their honeymoon and to attend a major exhibition at the Norval Gallery, where all his usual collectors had gathered for the occasion. The New York Herald Tribune praised this event. Thanks to this success, Bosco extended his honeymoon in the northeastern United States. After his return from America, from January 28 to February 16, 1961, the Athénée museum in Geneva devoted a major exhibition to him. Private collectors including Joseph H. Hirshhorn, a wealthy American industrialist and art collector, made several acquisitions. We can also find Bosco’s paintings in the private collection of celebrities, such as the American actor Kirk Douglas — who acquired seven paintings (among them a Harlequin and a Regatta), Robert Mitchum, Jack Palance, Lord Beaverbrook (Sir Winston Churchill’s friend and confident) and former French president Georges Pompidou as well as singers and sportsmen.

Bosco prepared a major solo exhibition in 1963, and it was a great success. On this occasion, several newspapers — such as Le Figaro, Libération, l’Humanité and Paris-Presse — published laudatory articles. In the literary magazine Carrefour, the author stated, “The savage art of Bosco bears its rudeness and its mystery. It is an art of pure expression that is not made to please, of course, but whose sincerity cannot do anything but capture your attention.” Similarly, in Les Lettres Françaises literary magazine, it was written that "Bosco's paintings are filled with a mysterious atmosphere, a tragic expressionism.” In 1964, he exhibited at the Max Bodner gallery in New York; his paintings were presented among those of Marie Laurencin, Picasso, Signac, Pissarro, Renoir and Rouault. At the end of April, he exhibited at the Galerie du Carlton in Cannes. The following year, he presented 40 recent works at the Wamper Gallery in Cologne (Germany). In April 1967, Bosco was awarded the Silver Medal of the City of Paris, and in June he was made Chevalier de l’Ordre des Arts et Lettres (a distinguished award from the French Ministry of Culture). Stéphane, his third son, was born that year. The end of the decade is marked by European exhibitions at the Gallery Il Tibbio in Trieste (Italy) and the Corner Gallery in London. In 1971, he held a major exhibition at the gallery La Belle Gabrielle. In early 1986, Bosco created a mural, a car race, in the lobby of the Bendix Research Plant in Drancy. In the fall of 1986, he exhibited four paintings in the Hippodrome of Longchamp for the Prix de l'Arc de Triomphe, the French prestigious horse race. A prolific artist over his career, Bosco made many paintings, not to mention the innumerable works on paper: pastels, gouaches, watercolors and drawings.

Pierre Bosco occupies a privileged place among American and European collectors, particularly in France and Italy, but also in Scandinavian countries. His works are also found in the permanent collections of museums: Museum of the City of Paris, Tel Aviv (Israel), Caramulo (Portugal), Beaverbrook Art Gallery (NB, Canada) and the United States (Toledo Museum of Art, Hirshhorn Museum and Sculpture Garden, Washington D.C.). 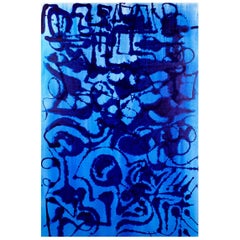 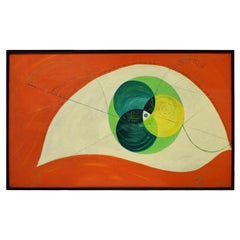 Pierre Bosco furniture is available on 1stDibs for sale. These unique items are often made from Canvas, and are designed with extraordinary care. There are many options in our Pierre Bosco collection of furniture, although gray editions of this piece are particularly popular. Many customers also consider furniture by Elisée Maclet Furniture, Gabriel Godard Furniture and Merio Ameglio Furniture if you are looking for additional options. Pierre Bosco Furniture prices can vary depending on size, time period and other attributes. Price for these items starts at $5,500 and tops out at $5,500, while pieces like these can sell for $5,500 on average.