Born in London in 1928, just too late to serve in the Second World War, Richard Beer studied between 1945–50 at the UCL Slade School of Fine Art. Subsequently, a French Government scholarship allowed him to spend time in Paris at Atelier 17, working under Stanley William Hayter, one of the most significant printmakers of the 20th Century, he only returned to Paris in 1950. Subsequently, Beer studied at the École des Beaux-Arts, Paris. Working for John Cranko, choreographer for the Royal Ballet, Beer designed the sets and costumes for his The Lady and the Fool at Covent Garden, subsequently working for him following his move in 1961 to Stuttgart Ballet. Additionally, he produced book illustrations and designed book jackets. Beer taught printmaking at the Chelsea School of Art, where he was a popular teacher. Probably his greatest work was a collaboration with John Betjeman to produce a portfolio of prints of 10 Churches of Sir Christopher Wren in London for Editions Alecto, copies of which are in the Government Art Collection. That collection contains a total of 54 prints by Beer, and the Tate Gallery’s collection holds 7. His Oxford series was also produced for Editions Alecto as was a series of predominantly architectural views in Southern Europe. Most of his prints are of architectural subjects, where he explores the use of color in interesting fashions.

Richard Beer (1928-2017) - Contemporary Watercolour, Italian Countryside Scene
By Richard Beer
Located in Corsham, GB
An accomplished watercolour painting with pen and ink by the artist Richard Beer. The scene depicts an Italian countryside view, with a villa. Signed in graphite to the lower right-h...
Category

Richard Beer (1928-2017) - 20th Century Watercolour, Venetian Scene
By Richard Beer
Located in Corsham, GB
A charming watercolour painting with pen and ink by the artist Richard Beer. The scene depicts a Venetian view, with an arch bridge. Well-presented in a cream card mount and in a spe...
Category 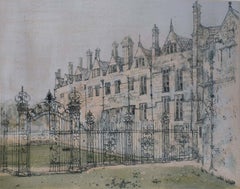 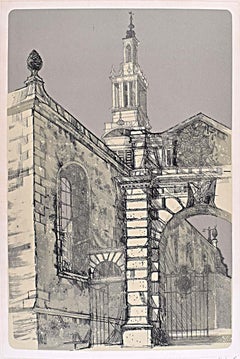 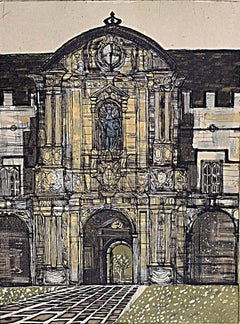 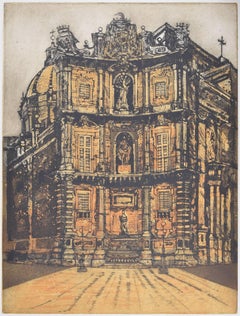 Previously Available Items
Richard Beer Magdalen College and Bridge Oxford etching c. 1980
By Richard Beer
Located in London, GB
To see our other views of Oxford and Cambridge, scroll down to "More from this Seller" and below it click on "See all from this seller" - or send us a message if you cannot find the ...
Category