A painter, lithographer and writer of the American West, Russell Chatham has had several hundred exhibitions of his paintings and prints and is considered one of the world's foremost lithographers. He has written numerous essays and short stories on hunting, fishing and conservation as well as on food and wine and has had his work published in Sports Illustrated, Esquire, The Atlantic and Outdoor Life. Based in Livingston, Montana, he settled there in 1972 and operated a literary press, a gallery and a company that produces catalogs, prints and posters. He also spent much time fly fishing. Chatham's paintings focus on the landscape of his surroundings and include Missouri River headwater scenes and Yellowstone National Park. He was fascinated by changing seasons and changing light and the silent, spiritual aspects of the landscape. Of his work, he said "Creating art is an attempt to search for something beyond ourselves." In 1990, he began a commission of twelve large size paintings that are odes to the Montana seasons for the Museum of the Rockies in Bozeman. Chatham was raised in Carmel Valley, California and there developed a love for the landscape. Inspiration for his painting was his grandfather, Gottardo Piazzoni, one of the foremost California painters in the early 20th century. Chatham inherited and used his painting tools, easel and sketch box. As an artist, Chatham was mostly self-taught with a stated intent of remaining distanced from the contemporary art world. He was not prolific and sometimes finished only six or seven large paintings a year. 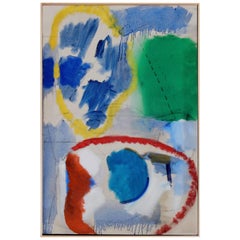 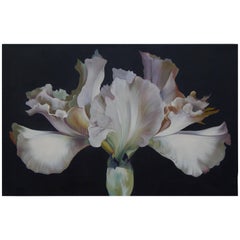 H 26 in. W 29 in. D 3 in.
Summer on Marshal Ridge by Russell Chatham
By Russell Chatham
Located in Coeur d'Alene, ID
(1936-) lithograph; 10" x 14". 127/327. Montana painter and lithographer of the American West. Considered one of the world's foremost lithographers. Major write-up published in Cowbo...
Category