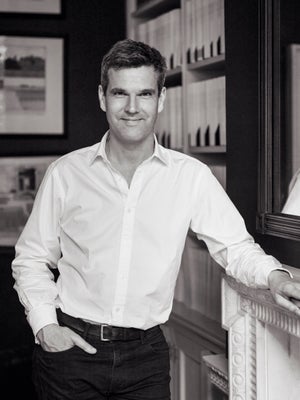 Ben Pentreath’s London-based architectural and interior design studio has established a powerful reputation across a variety of disciplines.

The practice works at many scales, from master-planning and urban development, to private houses and playful interiors; our small and close-knit team works to create the best – whatever the scale, size, scope and budget of a project. Above all, Ben and the team enjoy designing places that work beautifully for the long term.

Ben's aesthetic is inspired by tradition and a respect for carefully detailed, authentic materials and design, but combined with a love of contemporary culture, which means that life is never dull. He writes regularly for the Financial Times, and his weekly blog, Inspiration, is followed by many thousands of readers in the UK, America and around the world. In 2008, Ben opened a tiny eponymous design store, which has become one of the most influential small shops in London.

Ben’s background is in Art History, which he studied at the University of Edinburgh before attending the Prince of Wales’s Institute of Architecture. He worked for five years in New York and then with the Prince’s Foundation, before starting his own practice in 2004.