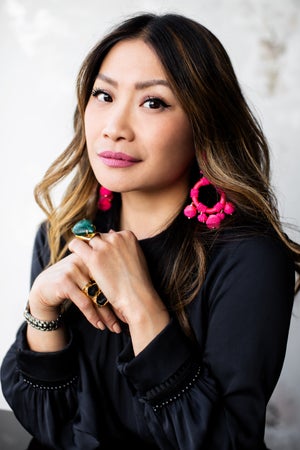 Peti Lau is a celebrity interior designer. Peti Lau is an International Interior Designer based in Los Angeles, California with over a decade of residential and commercial experience. Her designs have been featured in House Beautiful, Architectural Digest, Wall Street Journal, Coveted, NBC Open House, NYC&G (New York Cottages and Gardens), where she was profiled as a “Rising Star”.

Peti Lau has developed a signature style she coined AristoFreak™. Peti expresses her worldly inspirations with eclectic colors, patterns and textures to create romance and moods in all of her spaces. AristoFreak™ emerged from Peti’s early career in Thailand, Mauritius, and Europe through her adventures as an expatriate, influenced by her love of art, travel and lifestyle. Her curiosity for exploration ultimately led her to the concrete jungle of New York City. AristoFreak™ evolved through the ideology of “old world charms” adapted for modern living.

Over the past decade, Peti Lau’s projects have brought her to locations in London and Brighton in U.K., Koh Samui Thailand, India, and Mauritius. Her eclectic style has attracted a wide range of clients including celebrities, restaurants & bars, a rainbow themed villa, a Fifth Avenue Pied-a-Terre where Ernest Hemingway once lived, and a San Francisco Victorian Townhouse.