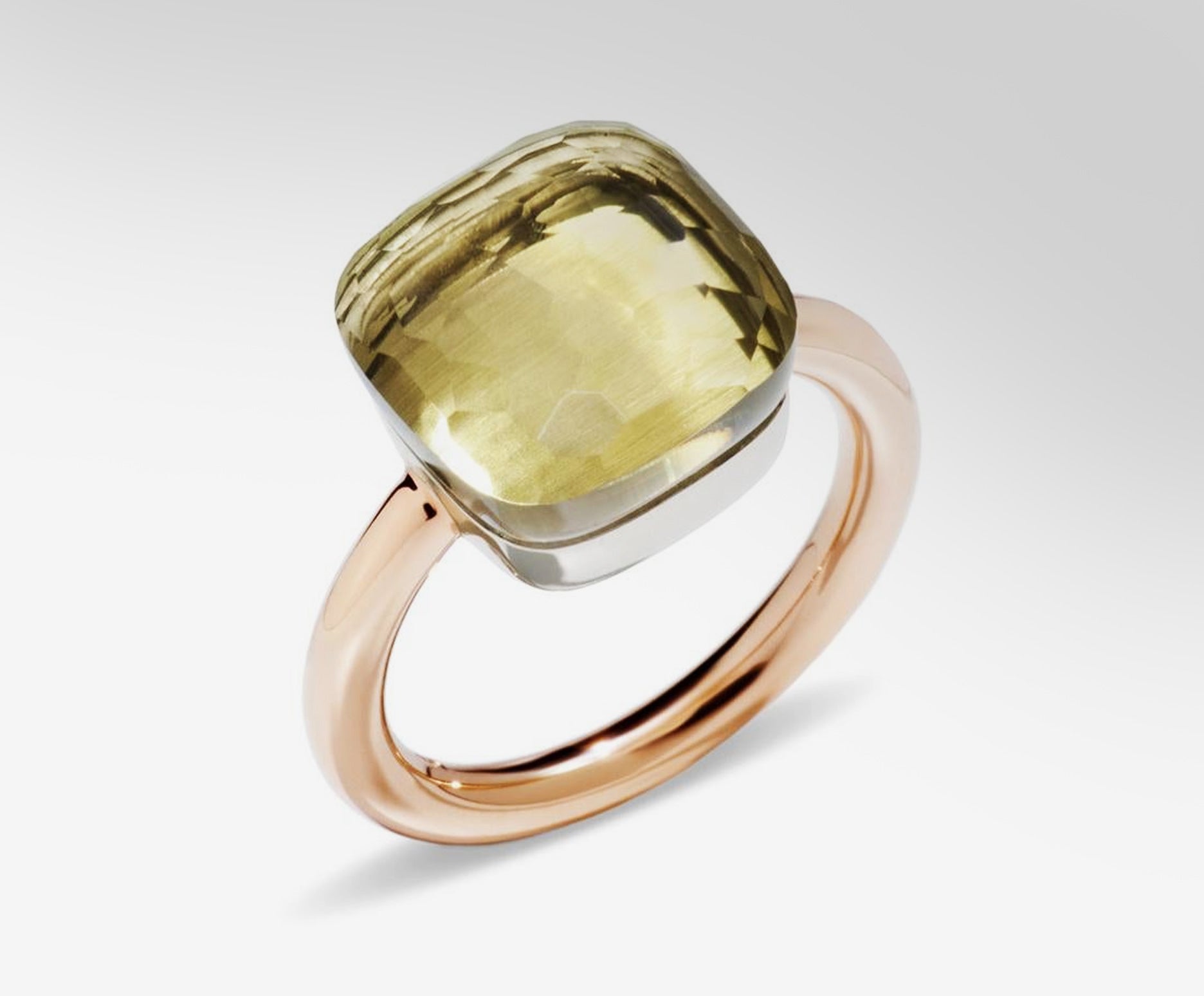 Modern, fresh and even a bit playfully chunky with its bulbous, square-cut colored gemstone and simple rose-gold band, the Nudo ring is the most celebrated product from Italian jewelry house Pomellato. The Milan-based company was established in 1967 by Pino Rabolini, who, influenced by Pierre Cardin’s innovative and enduring vision, sought to upend the exclusivity of fine jewelry by developing a brand dedicated to prêt-à-porter, or ready-to-wear, pieces. Ultimately, Rabolini, who was an heir to a goldsmithing family, wanted to create jewelry that could be worn on a daily basis by many women, not just the elite. Pomellato has since produced numerous lines of fashion-forward, personality-driven and relatively affordable pieces that have drawn quite a following, with the Nudo ring immediately earning cult status following its 2001 debut.

Since the 1990s, Pomellato has prioritized colored gemstones — like those that characterize the Nudo ring — strengthening its universal reputation as a fun and venturesome brand. The Nudo ring incorporates an incredibly diverse array of stones, from rose quartz to blue topaz to obsidian, although some versions forgo the colorful solitaire gems in favor of pavé-set diamonds. And as nudo is Italian for nude, the grandeur of the stone is front and center, unencumbered by a prong setting. While the majority of the bands are rose gold, some Nudo rings, which are available from Pomellato today, have white-gold bands and others still are encrusted with diamonds or obsidian. The line is noted for its flexibility and variety, leading many die-hard fans to purchase a number of versions to match their outfit du jour. 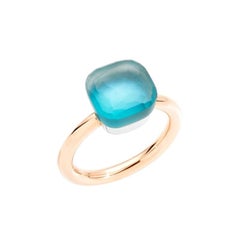 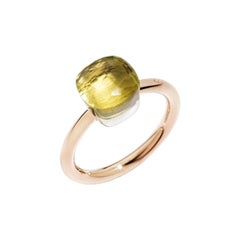 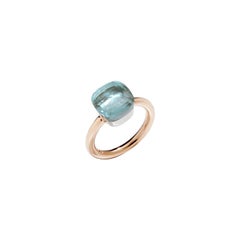 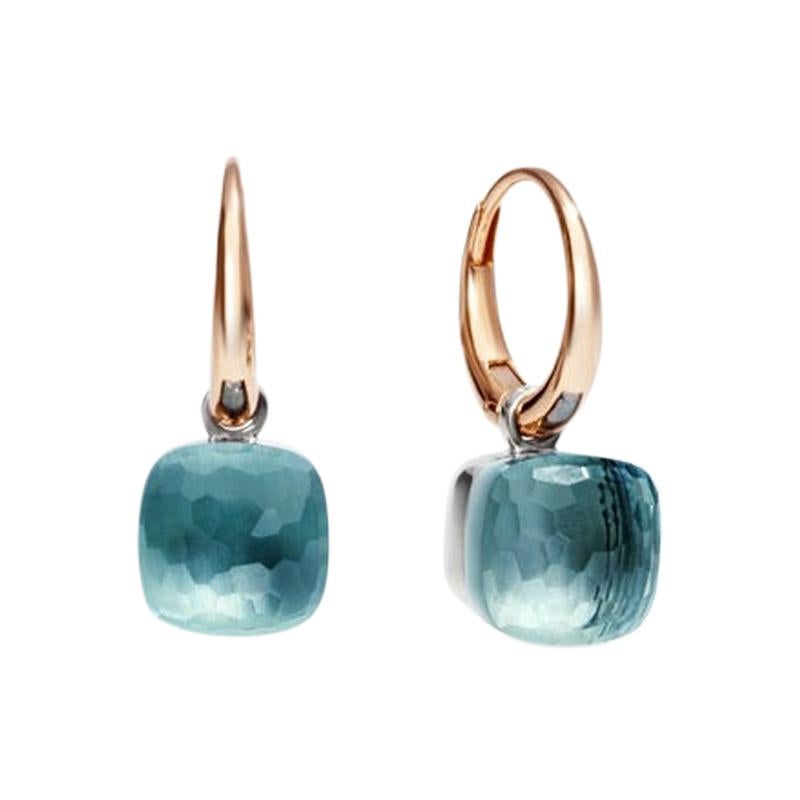 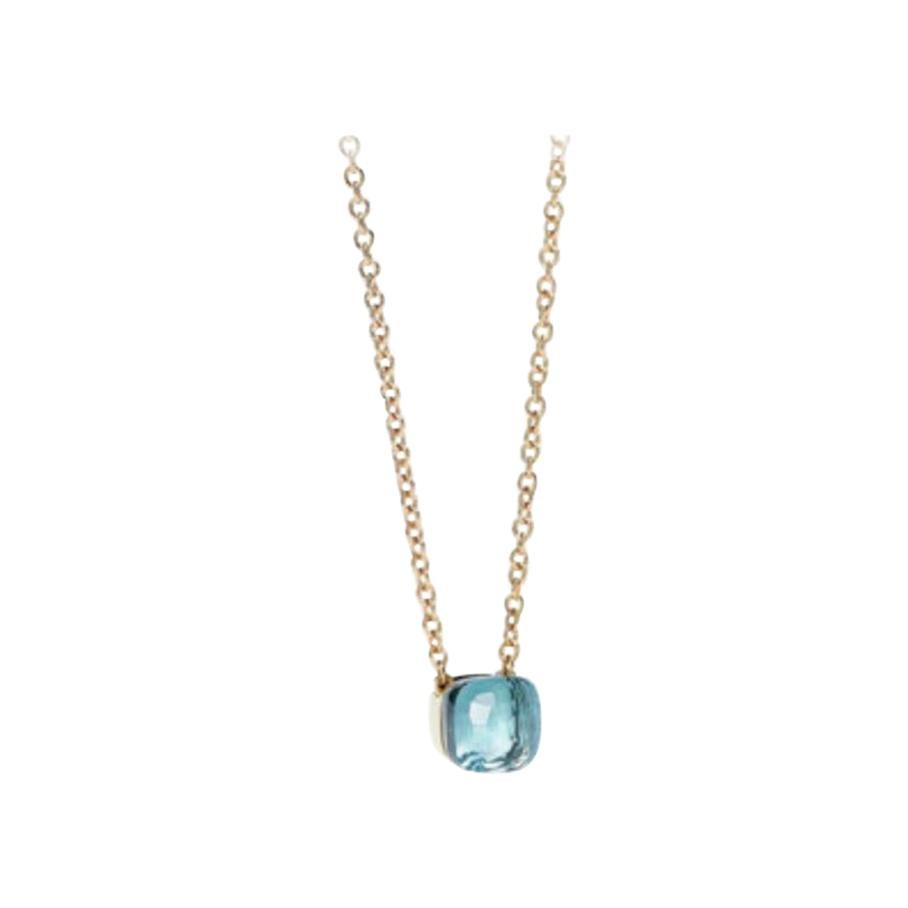