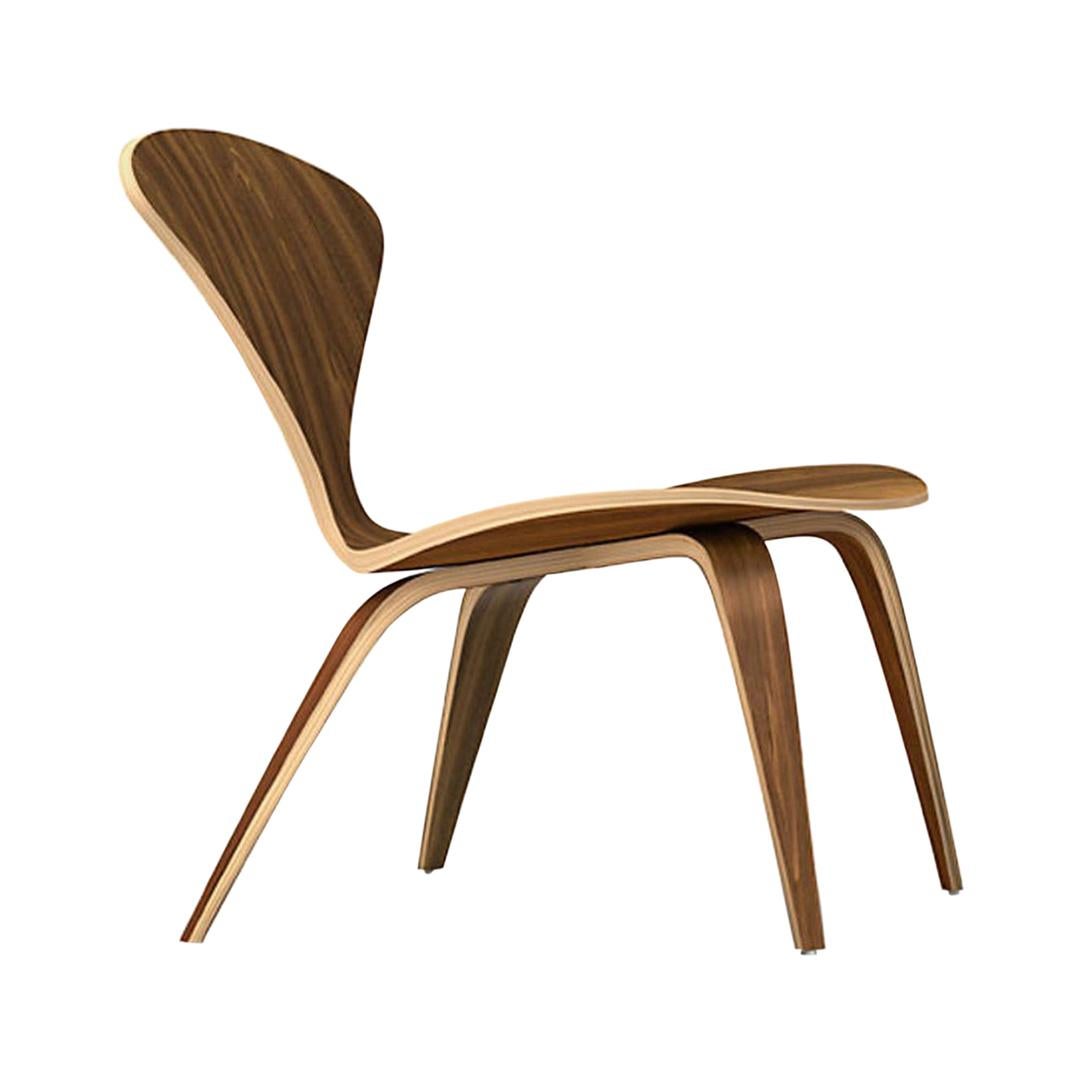 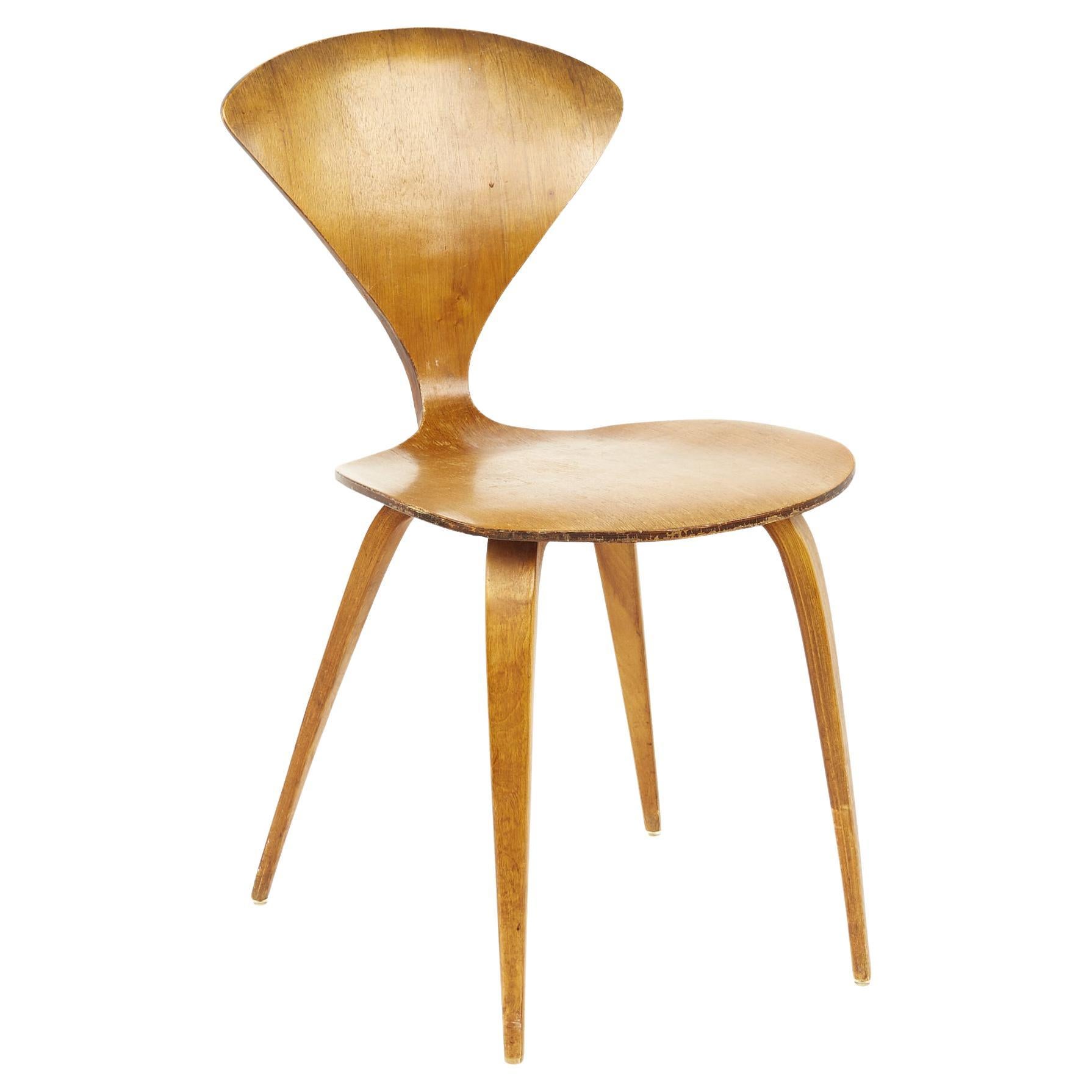 Cherner Armchair with Metal Base 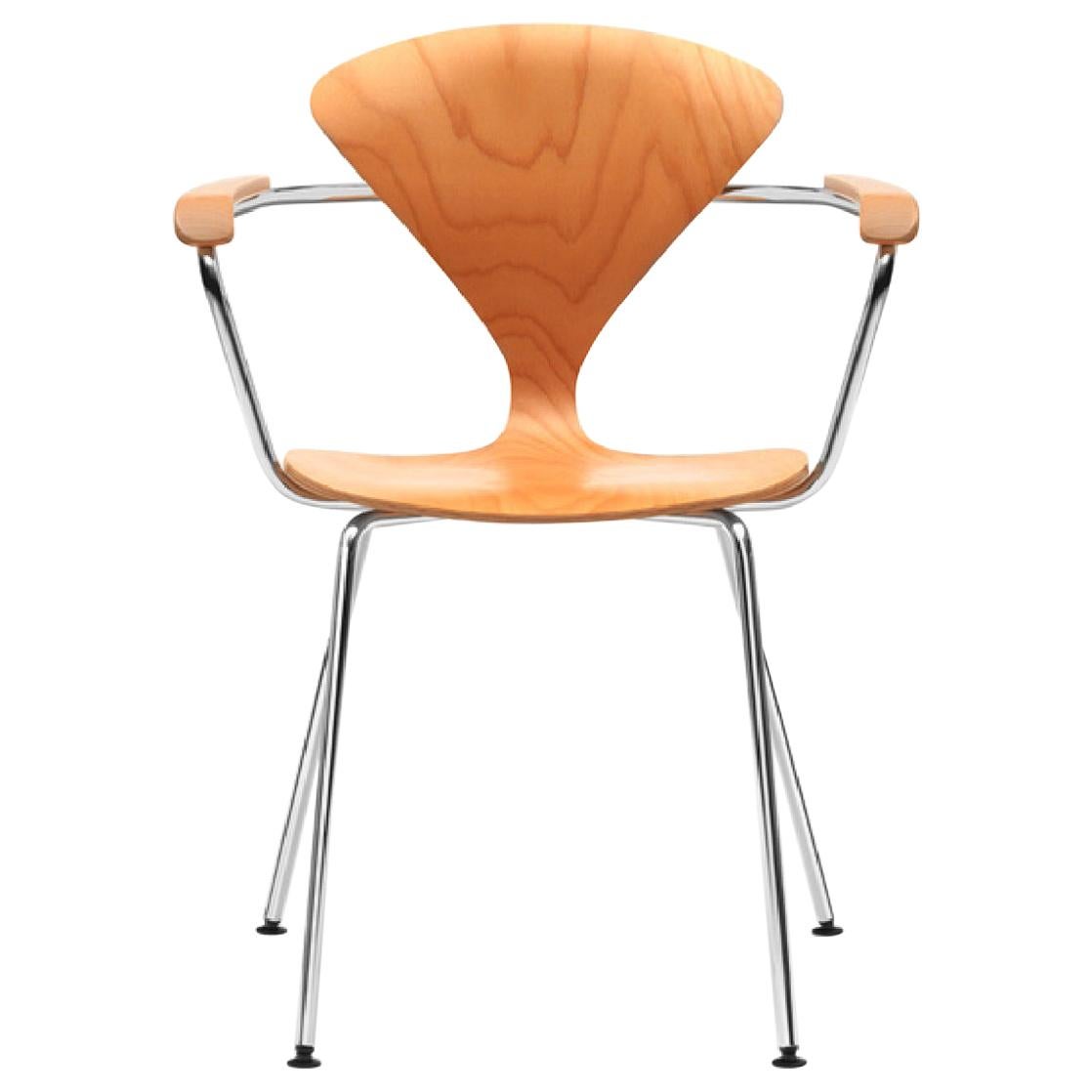 Cherner Bar Stool with Metal Base 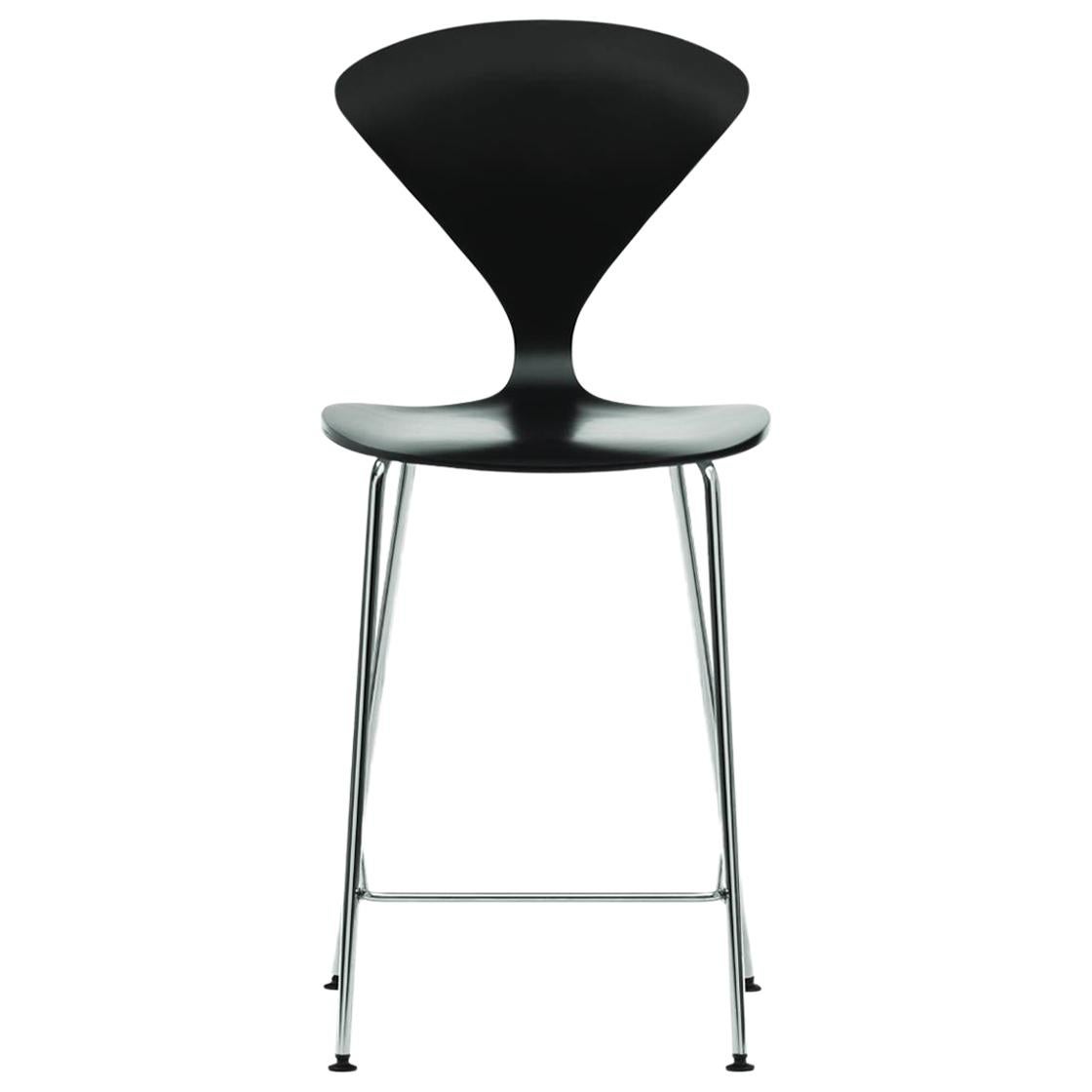 Cherner Bar Stool with Wood Base 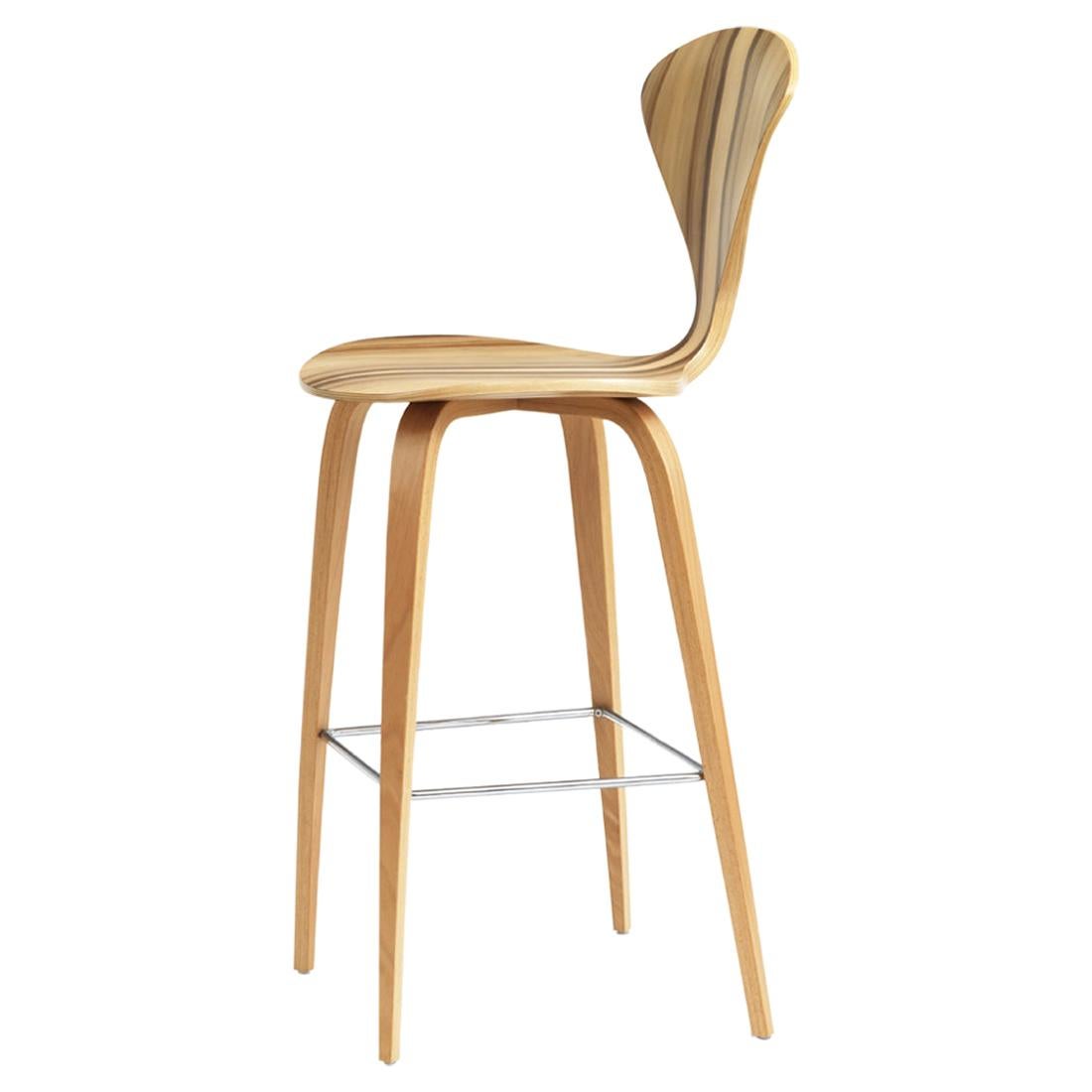 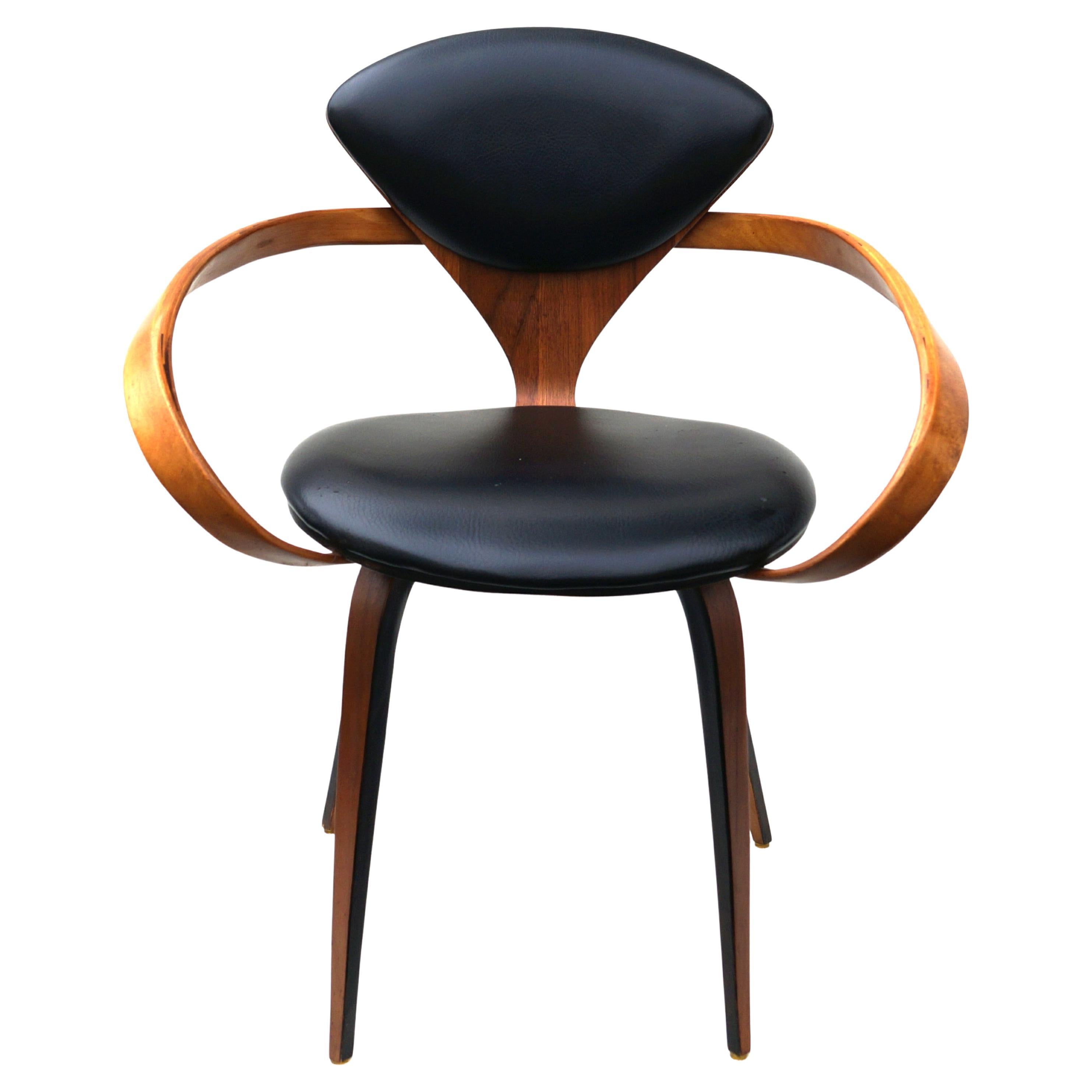 Cherner Side Chair with Metal Base 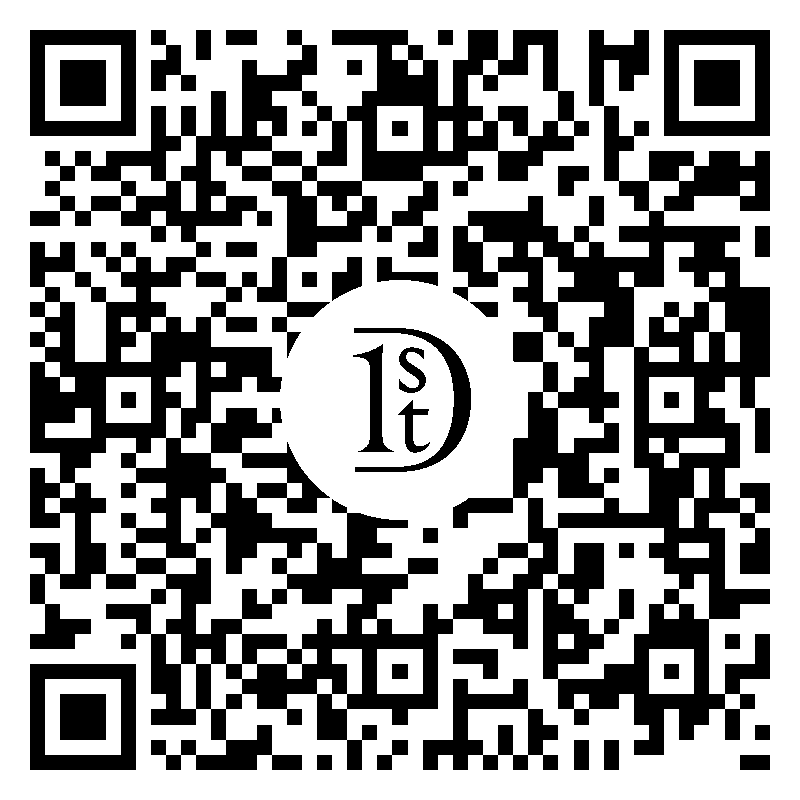 The 1958 molded plywood stacking chairs by Norman Cherner are perfect for home, office or cafe. The seat is made of laminated plywood of graduated thickness, from 15 plys to 5 plys at the perimeter of the shell. Reissued in exacting detail from the original drawings and molds, strong, lightweight and like the original, made entirely in the U.S.A. 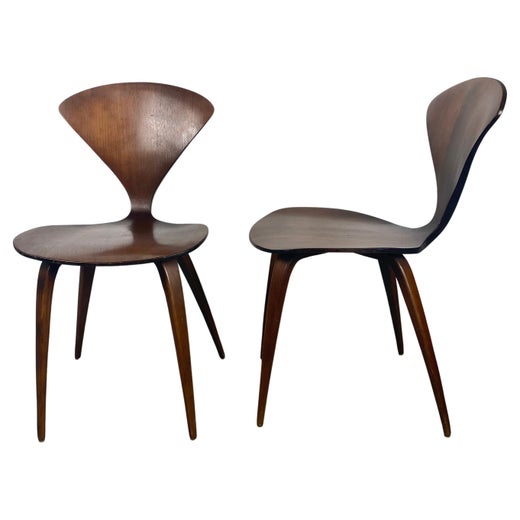 Norman Cherner was an influential designer who explored postwar technological innovations and how to incorporate them into furniture production and architecture. And while its history is complicated, his Cherner chair is one of the most successful examples of mid-century modern molded plywood seating.

Born in New York City, Cherner was an architect and a prolific designer who taught at Columbia University’s Teachers College. An enthusiast of the Bauhaus, he gave lectures in the late 1940s on the principles of the legendary German design school at the Museum of Modern Art.

Cherner was fascinated with the concept of cost-efficient design, and this extended into his pioneering ideas for prefabricated housing. His philosophy was that a modular home should be a complete design concept that included economical furniture and lighting. He published several DIY books, such as How to Build a House for $6,000. Cherner caught the interest of a housing cooperative in upstate New York and was contracted to design and oversee the construction of prefabricated housing in the town of Ramapo. The U.S. Department of Housing assembled a pre-built Cherner home for exhibition in Vienna.

But he is best known for his chair.

In the 1950s, one of George Nelson’s designers, John F. Pile, created the Pretzel chair. It had structural problems and proved too costly to make at Herman Miller, where Nelson was director of design. Production was subcontracted to Massachusetts company Plycraft, but the agreement didn’t last long owing to a dispute between the furniture manufacturers. Based on a recommendation from Nelson, Plycraft sought out Cherner to redesign the chair so that it would be durable and affordable to produce.

Cherner submitted his redesign only to be told that Plycraft had shelved the project. However, Plycraft secretly began producing what would become the Cherner chair under a different name — and Cherner later stumbled across his seat in New York. Cherner sued Plycraft and won. The chair became instantly popular after being featured in a Norman Rockwell illustration for a Saturday Evening Post cover in September of 1961.

Other noteworthy Cherner designs include his Konwiser furniture line, Multiflex storage units and tube lighting. The Museum of Modern Art praised his Konwiser collection as “some of the most progressive furniture designs available to the American public.”

In 1972, Plycraft discontinued production of his chair, and Cherner died in 1987. In 1999, his two sons founded the Cherner Chair Company and began making furniture based on their father's original designs for armchairs, chairs — including the Cherner chair — tables and credenzas.

About the Seller
4.8
Located in Berkeley, CA
Vetted Seller
These experienced sellers undergo a comprehensive evaluation by our team of in-house experts.
Established in 2010
1stDibs seller since 2015
302 sales on 1stDibs
Typical response time: 6 hours
More From This Seller

US$1,295
Set of 4 Cherner Chairs by Bernardo / Plycraft
By Norman Cherner
Located in Brooklyn, NY
Set of 4 dining chairs designed by Norman Cherner for Bernardo (Plycraft). Molded walnut plywood shell with steel rod base. Original labels are missing on some but are signed Bernard...
Category

Mid-Century Bentwood Chairs in the Style of Norman Cherner