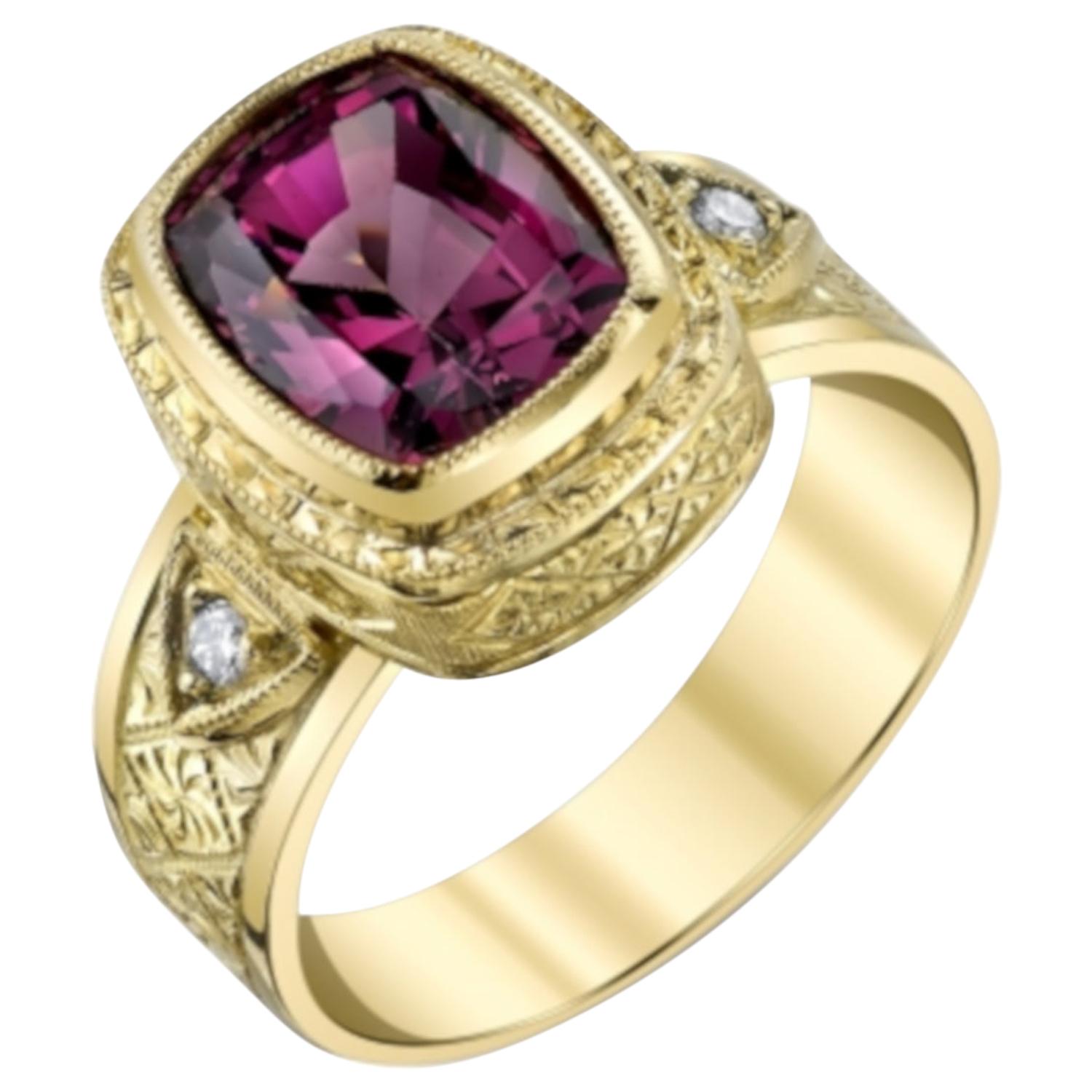 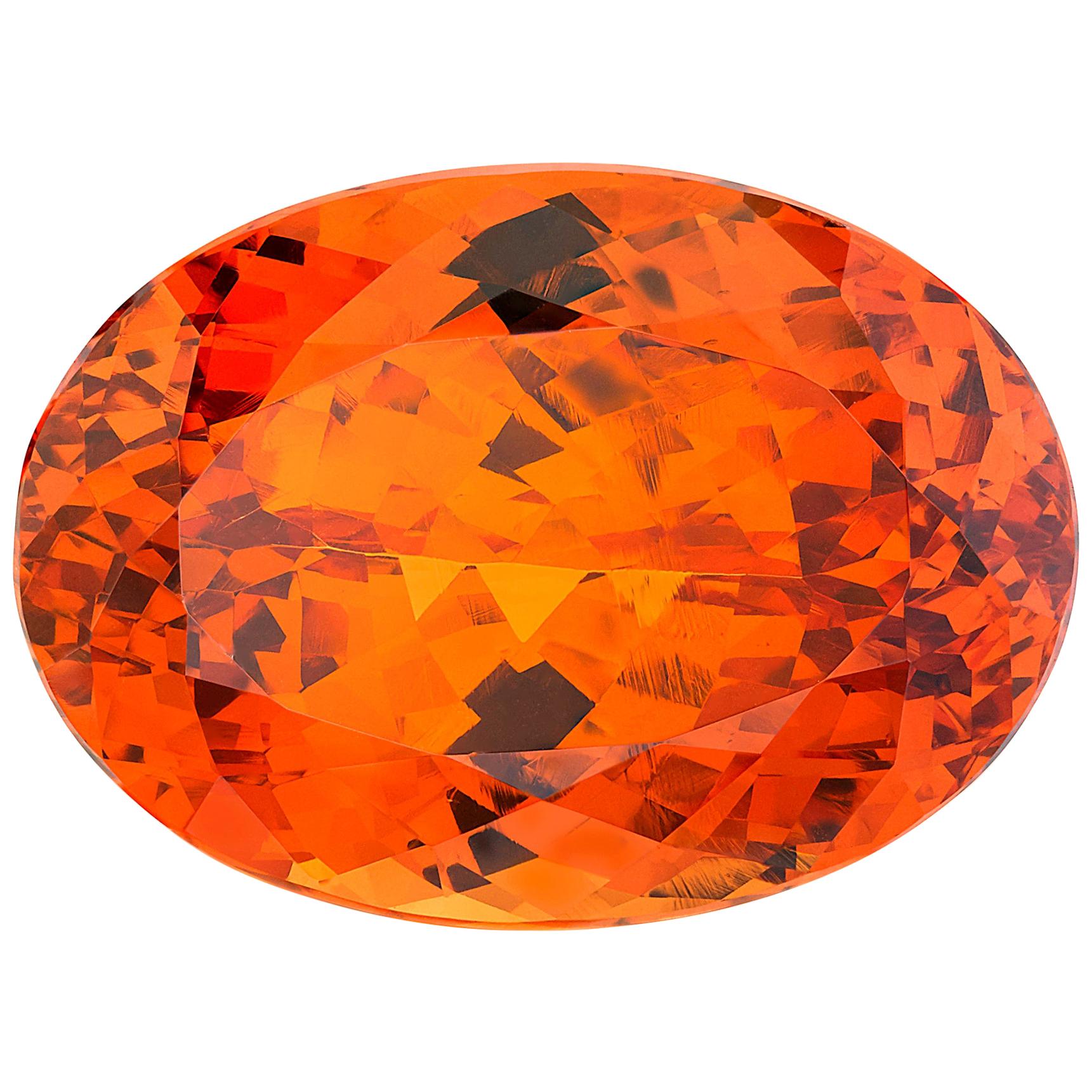 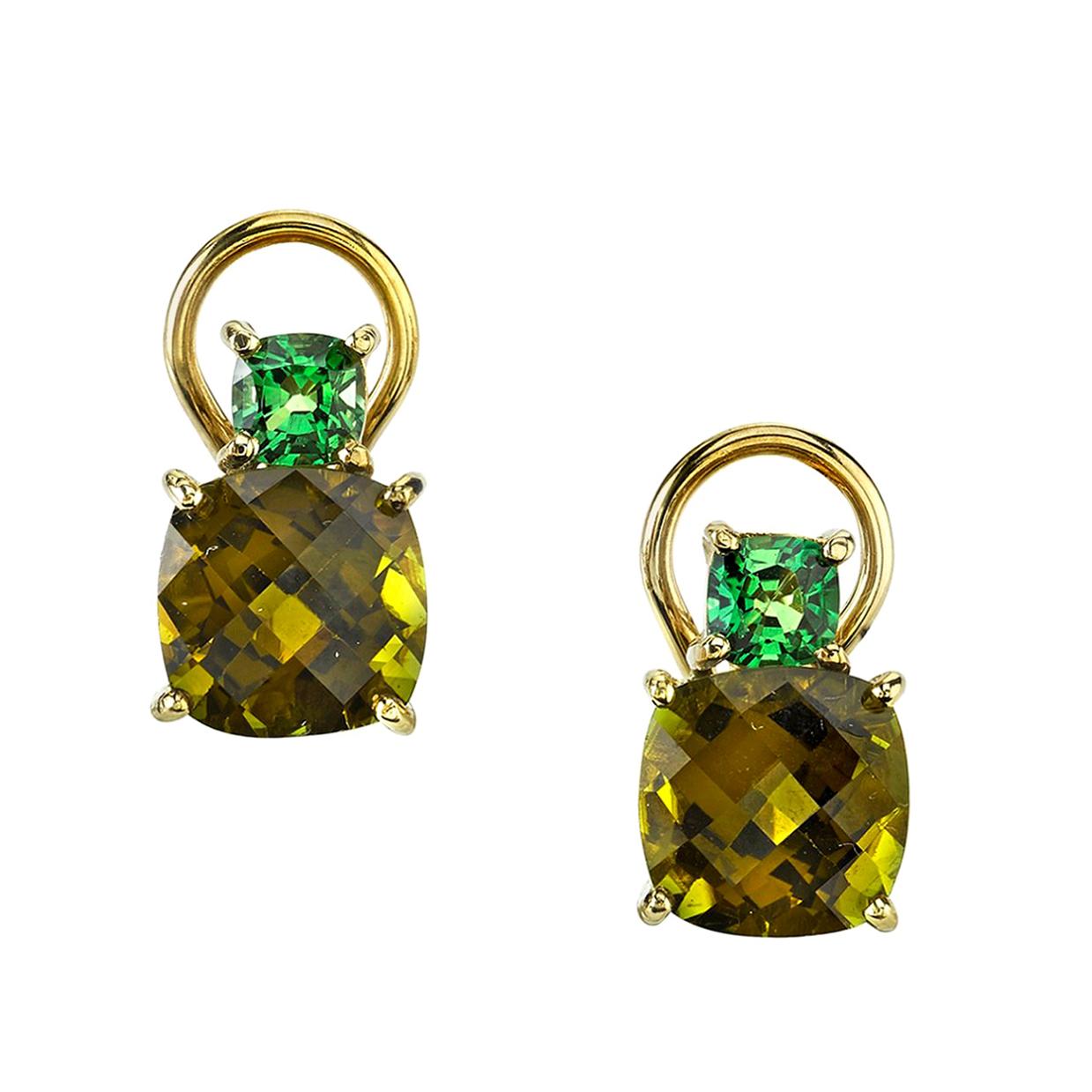 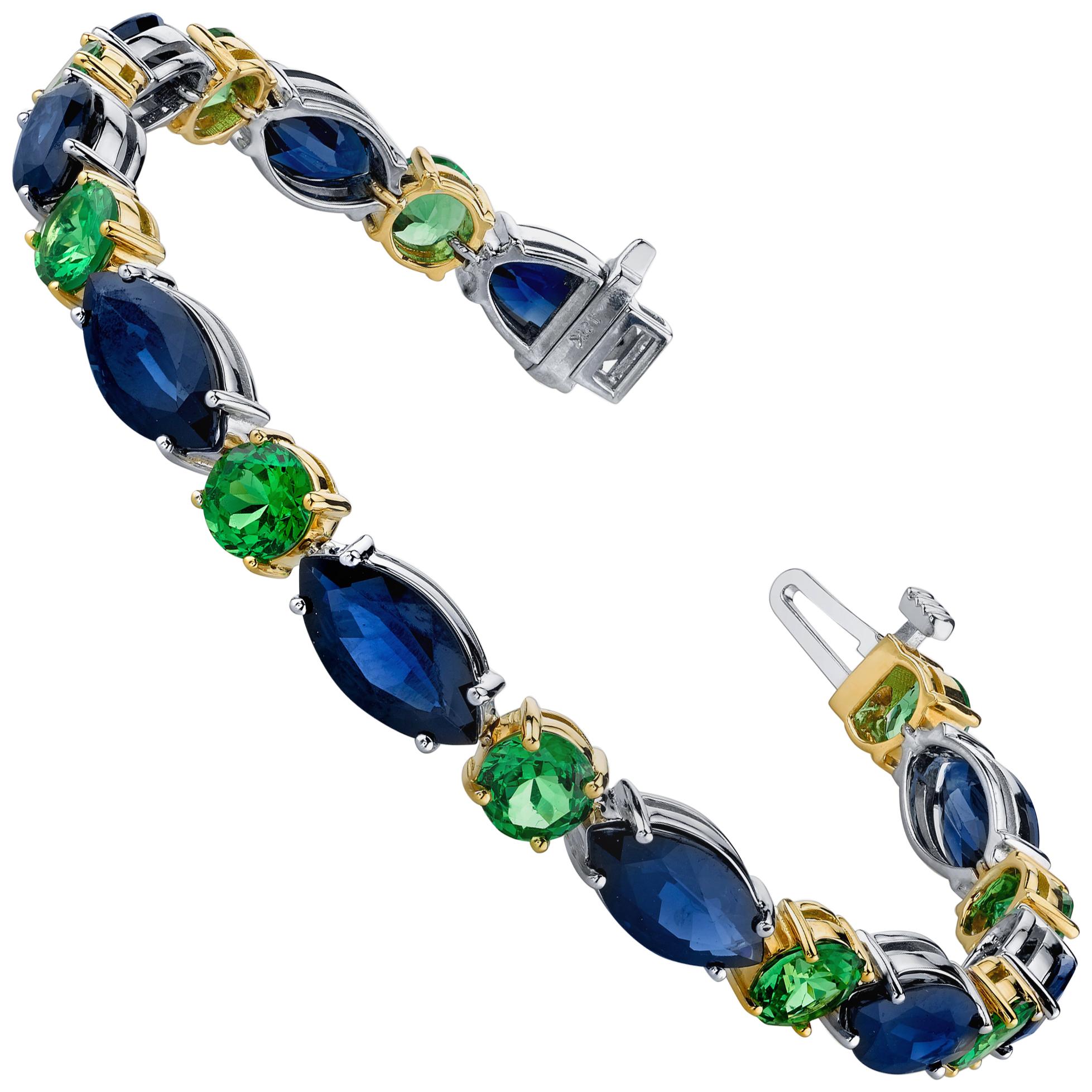 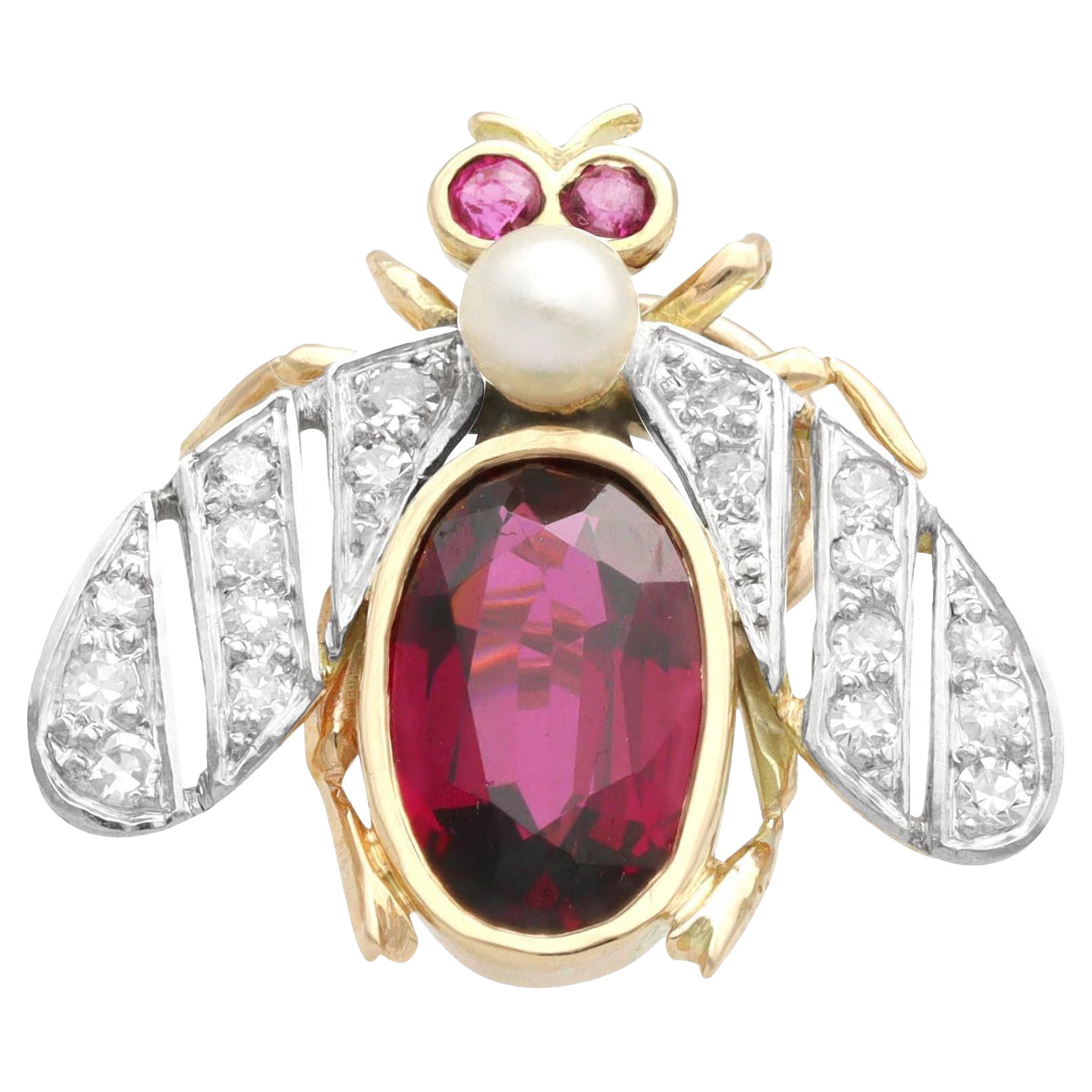 Free Shipping
1.70 Carat Tsavorite Diamond 14 Karat White Gold Halo Engagement Ring
By Roshe Jewels
Located in Los Angeles, CA
This ring has an Oval Cut Tsavorite which weighs 0.99 carats and is surrounded by a double halo of 81 Round Cut Diamonds that weighs 0.71 carats. The total carat weight of the ring i...
Category

Spessartite Mandarin Garnet and Diamond Double Halo White Gold Cocktail Ring
By Sarosi By Timeless Gems
Located in Los Angeles, CA
Treat yourself, or surprise your loved one with this breathtaking Mandarin garnet and diamond halo ring! "Mandarin" is the name given to this special variety of spessartite garnets t...
Category

"Oops" Solitaire with 2 Carat Rhodolite Garnet & 10 Tiny Diamonds in Yellow Gold
By Eytan Brandes
Located in Sherman Oaks, CA
Story time! Eytan Brandes was asked to make an engagement ring with a bulgy band and a setting for a nice two carat diamond. When the ring came back from the caster, the band was a...
Category

1.94 Carat Tsavorite Diamond 14 Karat White Gold Halo Engagement Ring
By Roshe Jewels
Located in Los Angeles, CA
This ring has an Oval Cut Tsavorite which weighs 1.35 carats and is surrounded by a halo of 32 Round Cut Diamonds that weighs 0.59 carats. The total carat weight of the ring is 1.94 ...
Category

Free Shipping
Demantoid Green Garnet 14 Karat Gold Engagement Ring
By Tsarina Jewels
Located in Bangkok, TH
When one is not enough! Two Russian Demantoids are pretty impressive. They have amazing fire and adorable green color! Use this ring anytime you need to add elegant style to your ou...
Category

Estate Garnet Yellow Gold Cross Pendant Necklace
Located in Los Angeles, CA
Garnet cross and yellow gold chain necklace circa 1950. Love it because it caught your eye, and we are here to connect you with beautiful and affordable jewelry. Celebrate Yourself...
Category

Oval Garnet and Diamond Illusion Halo Cluster Ring in White and Yellow Gold
Located in Yorkshire, West Yorkshire
This contemporary ring features a single Oval Garnet gemstone with a deep and luxurious colouring in a four claw setting. The beautiful Garnet is surrounded by an illusion halo with ...
Category

2.02 Carat Tsavorite and Diamond Gold Ring
Located in Tucson, AZ
Green Garnets (Tsavorites) clean and in lager size have become harder to get. This oval cut Tsavorite is 2.02 carats, it is VS grade and cut by Bill Vance. We decided to make the ri...
Category

Free Shipping
Garnet Earrings with Diamond Halo 2.77 Carats Emerald Cut, 14k White Gold Studs
By Five Star Jewelry
Located in Austin, TX
These emerald cut garnet earrings have 28 diamonds going around each gemstone. The diamonds are all natural and each have top color and clarity for maximum brilliance and sparkle! Ga...
Category

18 Karat Yellow Gold Garnet Chain Bracelet
By VR Jewels
Located in Houston, TX
Bracelets are worn to enhance the look. Women love to look good. It is common to see a woman rocking a lovely gold bracelet on her wrist. A gold gemstone bracelet is the ultimate sta...
Category

Garnet Silver Openwork Link Bracelet
Located in Rotterdam, NL
This beauty is searching for a new home! Maybe with you, or to give as a gift to your loved one?! A filigree bracelet made of six ornate silver panels, each panel is set with a bea...
Category

Pomellato Garnet Yellow Gold Cocktail Ring
By Pomellato
Located in Feasterville, PA
A chic Pomellato cocktail ring showcasing a round step cut garnet in 18k yellow gold. The ring measures a size 6 3/4 and can be resized if needed.
Category

Vintage and antique garnet jewelry has been around for a long time.

Garnets have been used for adornment going all the way back to the Bronze Age. While we will never know if garnets can be used to prevent plagues or heal warriors, as has been suggested, we do know that both the Egyptians and the Romans felt that it was a worthy stone to set in gold for their nobility. In more “recent” times, garnets were ubiquitous in Victorian jewelry. The “G” in REGARD rings, the equivalent of the modern-day engagement ring, implied garnet.

Garnets were also highly valued in the region of Bohemia. The Smithsonian Museum of Natural History has in its collection an antique hairpin with Bohemian pyrope garnets from the Czech Republic. Bohemian pyrope got its name from Bohuslav Balbín, sometimes referred to as the “Czech Pliny,” in 1679. Abundant in the region, it was used often in jewelry during this time. In fact, it became so popular that in 1762, Empress Marie Terezie forbade its export. Stonecutting workshops opened in several regions across Bohemia, and pyrope became the country’s mineralogical symbol. While there was never a decline in its popularity, it was only in the mid-20th century that garnets enjoyed a revival.

Garnets can come in many shapes and sizes — one of the largest ever discovered is a 68.82-carat Tsavorite garnet. This stone is also in the collection of the Smithsonian Museum of Natural History.

According to the Gemological Institute of America, Brazil’s mines are rich in garnets, including spessartine, which can also be found in the Myanmar area, recognized for a specific shade of reddish-orange. While red garnets are the most popular, garnets actually come in a medley of colors.

Find a collection of antique and vintage garnet rings, necklaces and other jewelry today on 1stDibs.