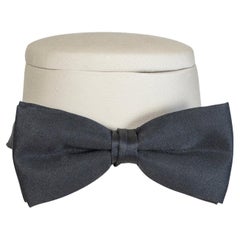 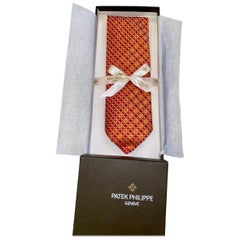 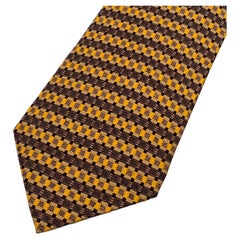 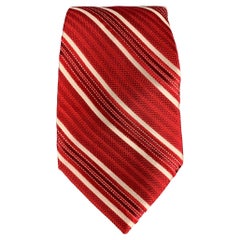 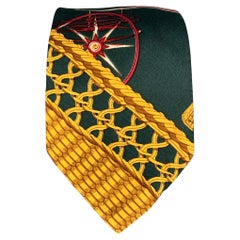 Vintage Valentino 100% silk elegant tie
By Valentino
Located in Milano, IT
A true evergreen, this tie is designed by the famous fashion designer Valentino, reflects the great Italian taste in fashion. This vintage all silk tie is colorful, yet classic. deco...
Category

Vintage Gucci all-silk tie with paisley motif
By Gucci
Located in Milano, IT
A black paisley motif on a striped background in green and beige: this tie shouts Gucci in every possible way. Made in all silk, this tie is an evergreen: it is a perfect choice for ...
Category

Vintage Gucci all-silk tie with canes
By Gucci
Located in Milano, IT
Designed by Gucci, this tie is made in all silk. This accessory is simple yet elegant and displays colourful walking sticks on a quetzal green background. This tie is perfect for eve...
Category

While vintage and designer ties have evolved over the years, they are still a must-have style accessory for any wardrobe. Today, ties can be found in a range of fabrics, colors, shapes and sizes.

Ties have been a part of fashion for centuries. The popularity of neckties emerged in the 17th century in Paris, inspired by the ties Croatian mercenaries wore to keep their jackets closed. King Louis XIV started wearing a lace cravat and a fashion craze was born.

The rise of casual wear in the early 20th century saw changes in the design of ties. The Roaring Twenties and its Art Deco movement were landmarks in American men’s fashion. In 1924, tailor Jesse Langsdorf innovated a design with 45-degree angles and a three-piece construction, resulting in the modern necktie.

During the 1950s, the tie was an essential component of a tailored suit. The 1960s and ’70s were decades for breaking all the fashion rules. Ties were no exception, with styles becoming wider and brightly colored.

Today, while the necktie endures as a staple of menswear, this accessory isn’t bound by outdated gender conventions. Designers and luxury houses such as Christian Dior, Giorgio Armani, Hermès and Luciano Barbera have all made their mark with patterned silk neckties that appeal to everyone.

A vintage silk tie is an evergreen accessory, while an understated black tie is always going to come in and out of your wardrobe. Browse 1stDibs for a large selection of vintage and designer ties.