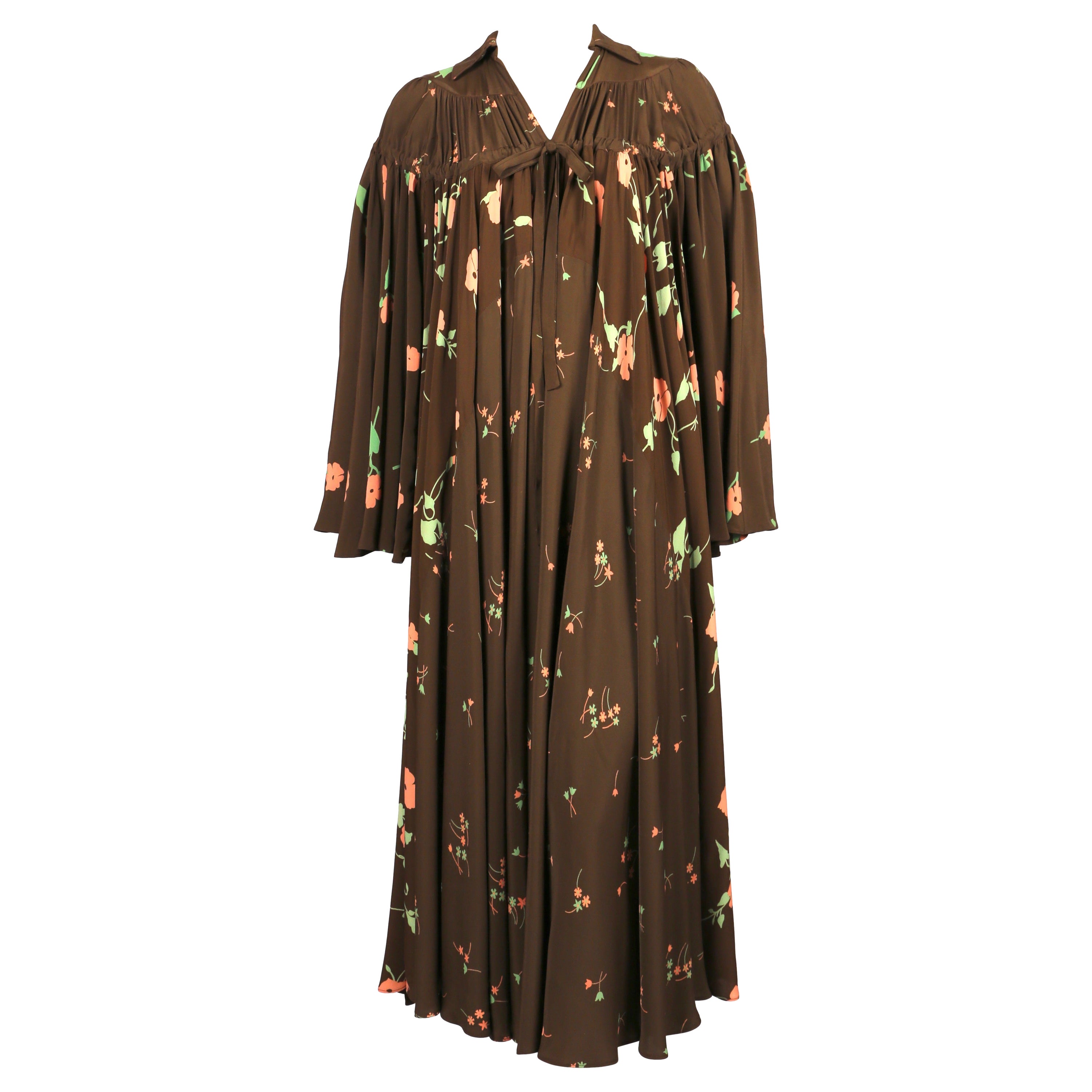 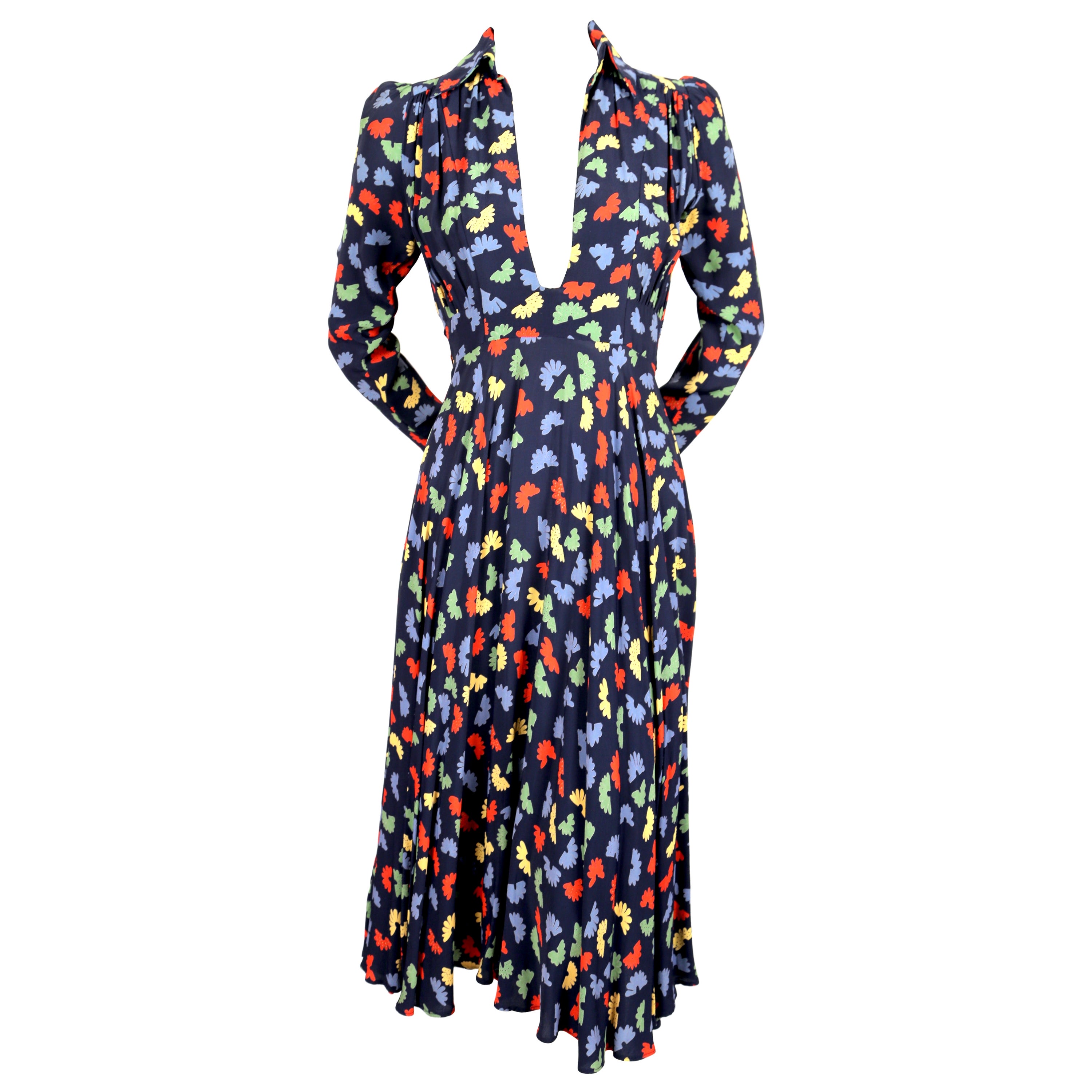 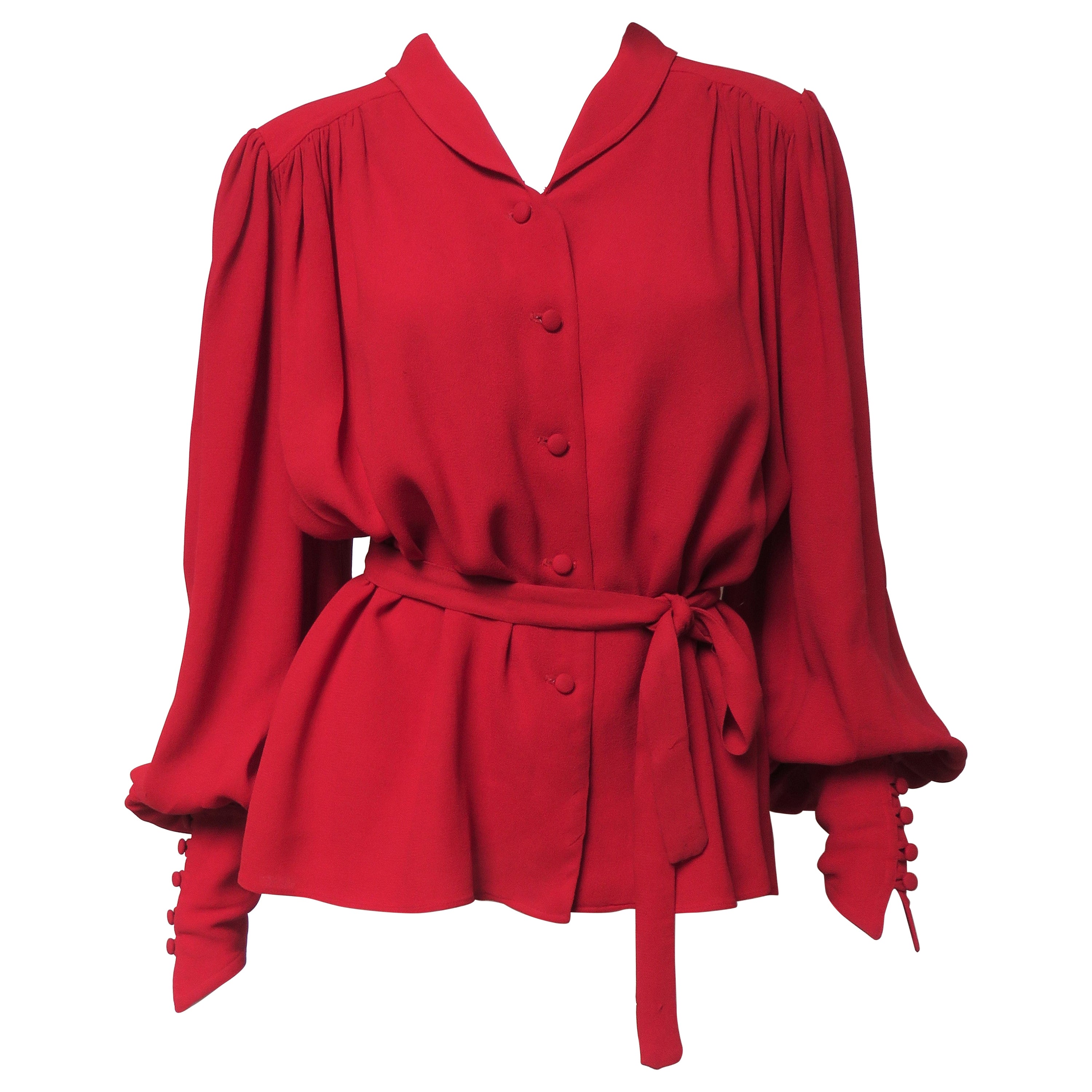 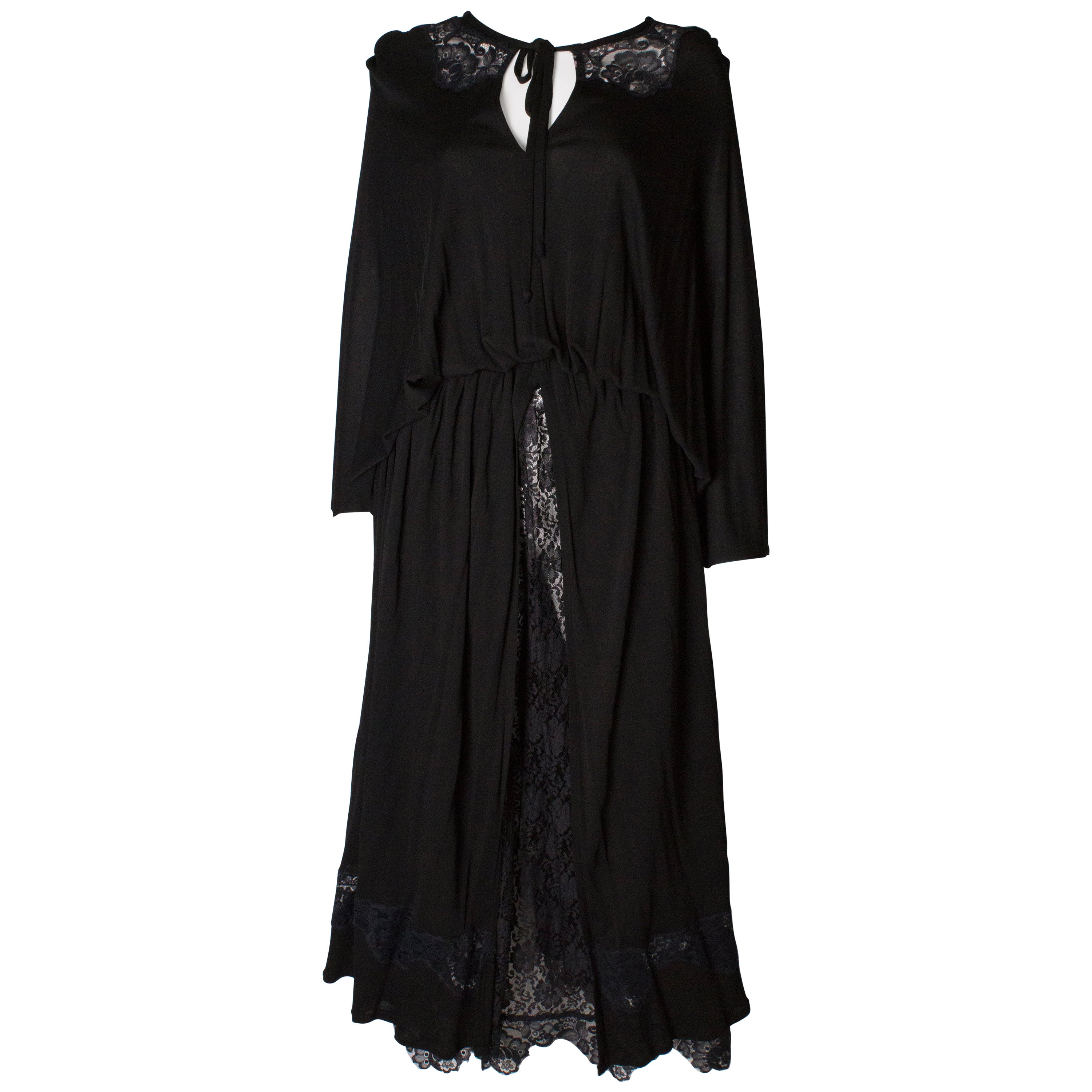 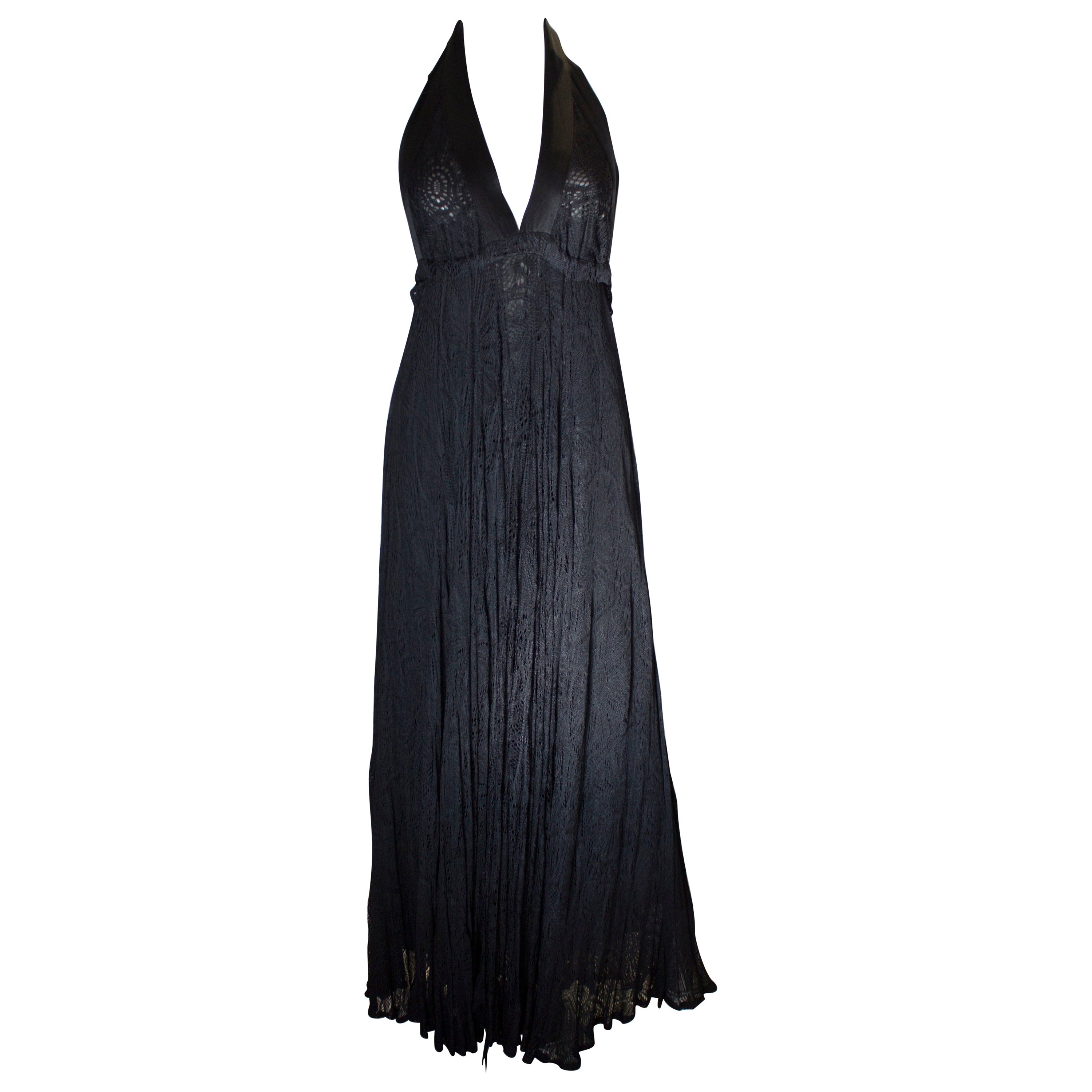 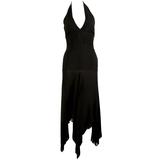 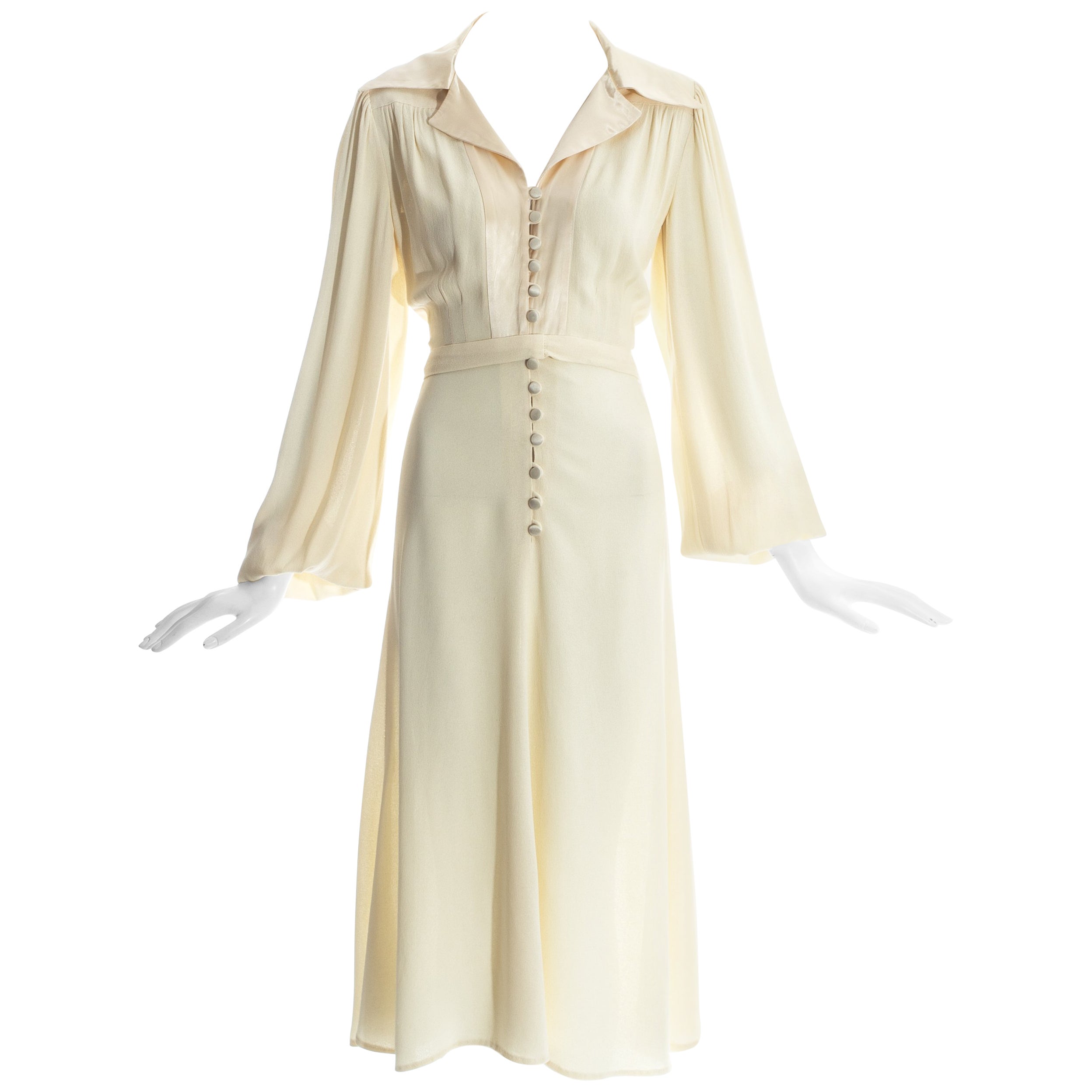 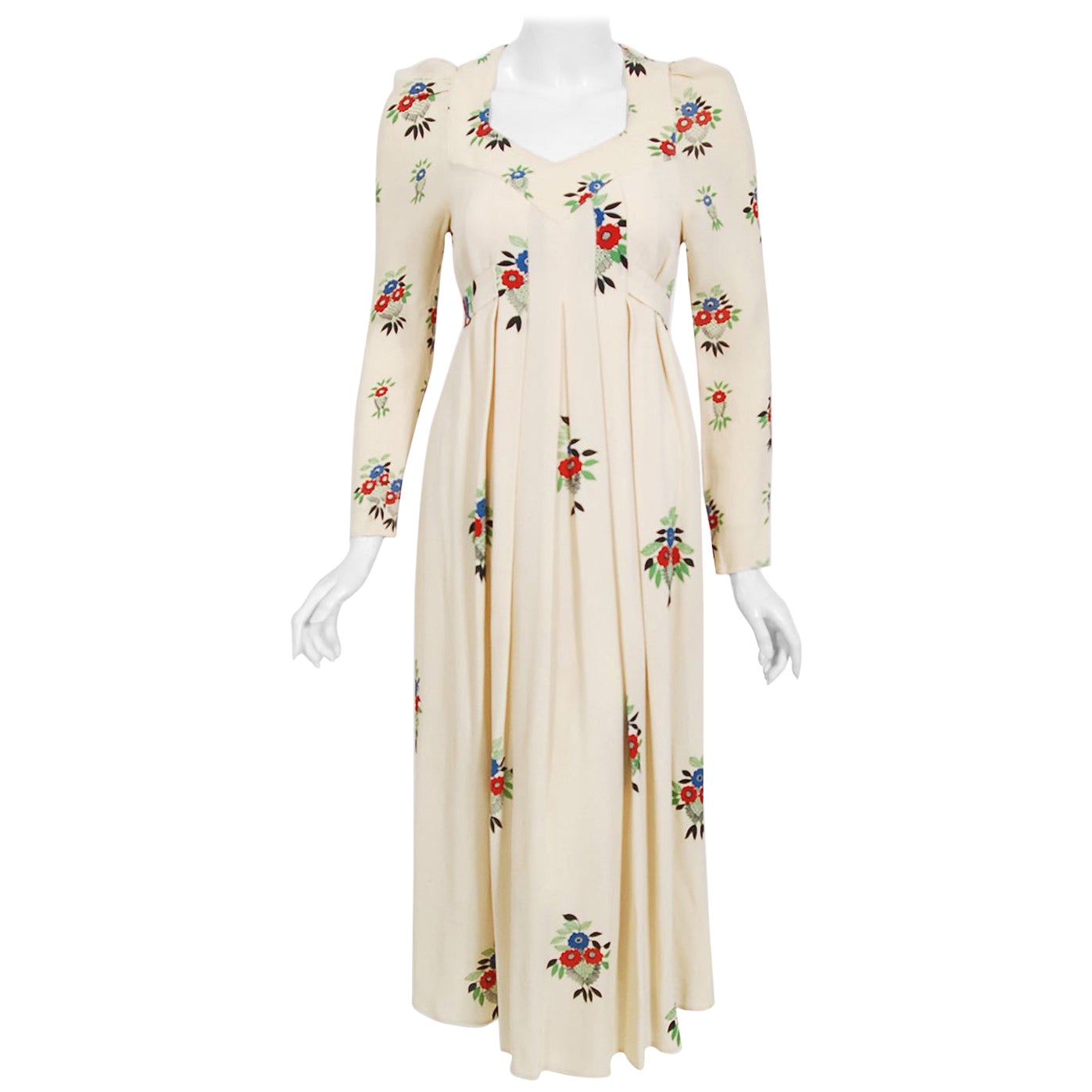 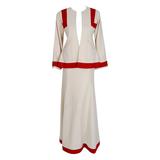 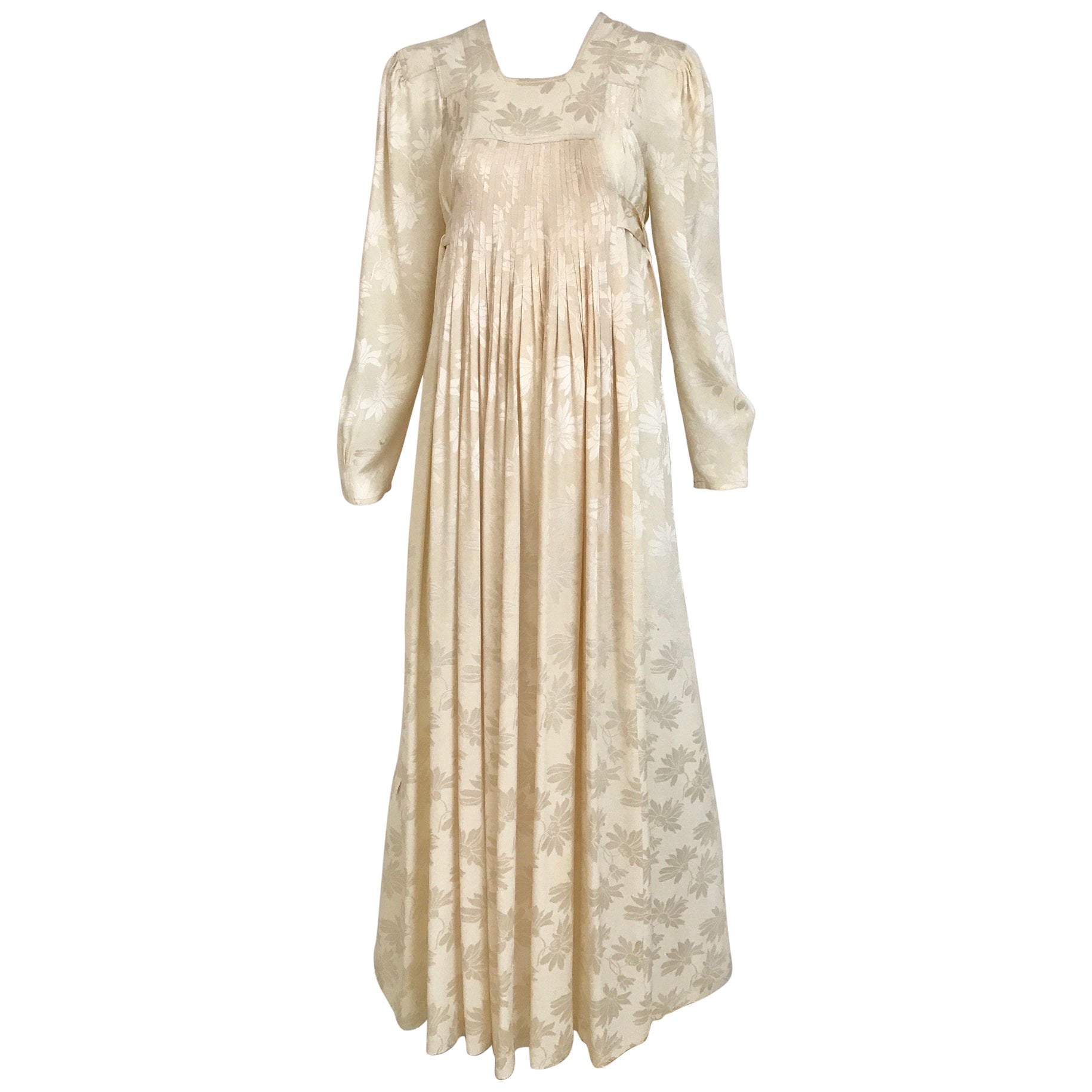 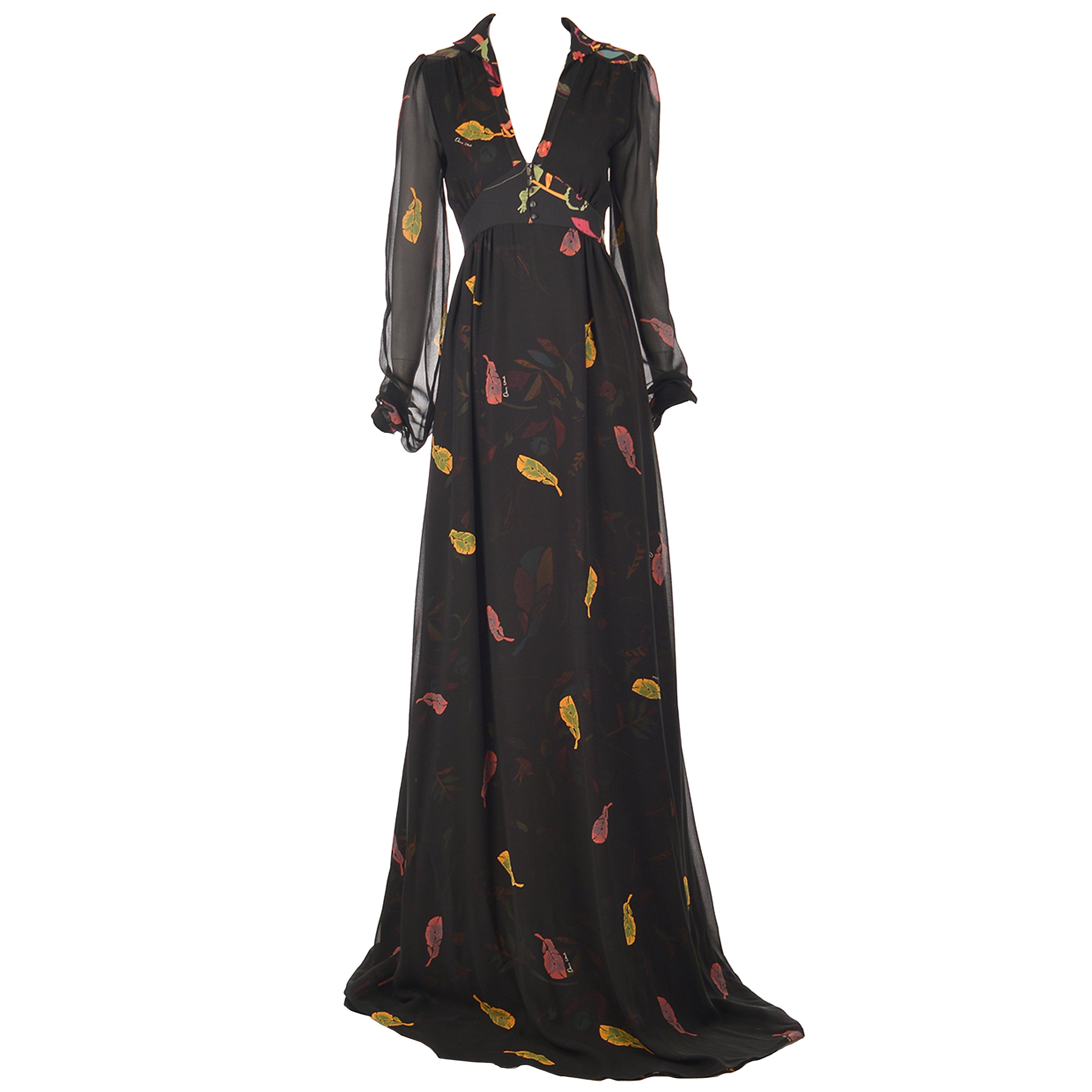 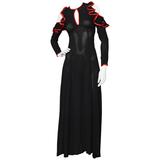 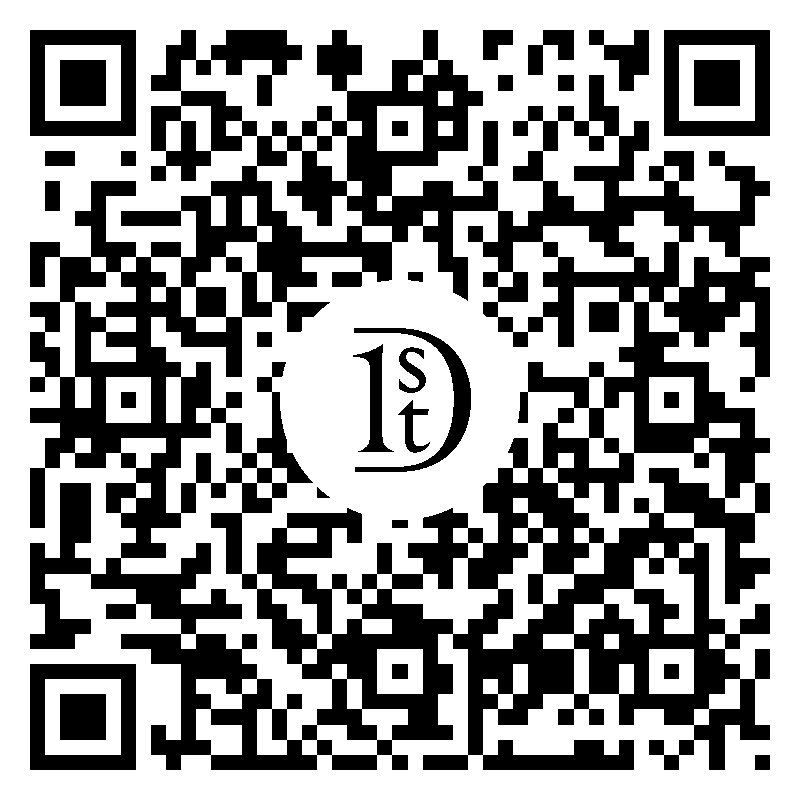 - print with 'The Lovers' tarot card, cupids and the romantic phrases 'while we are absent from one another', 'gli amanti' and 'mitzpah'. c. 1965-9

It’s hardly an exaggeration to say that neither the Swinging Sixties nor the hippie fashions of the 1970s would have been what they were if not for Ossie Clark, who popularized the flamboyant fashions synonymous with the eras. Born Raymond Clark in 1942, the designer moved as a boy to Oswaldtwistle, the source of his lifelong nickname. Clark began studies in architecture at just 13, a foundation that instilled in him the lessons of proportion and scale that would inform his unique fashions decades later.


After learning tailoring, pattern cutting and more important technical skills at the Regional College of Art in Manchester (now the Manchester School of Art), Clark attended London’s prestigious Royal College of Art. There, he began a lifelong friendship with the artist David Hockney, who would eventually paint a portrait of Clark and his wife and partner, Celia Birtwell, also a designer. Clark’s graduation show in 1964, featuring at least one garment decorated with a line of light bulbs, made instant waves in the fashion world, foreshadowing the career he would have as a boundary-pushing creative. He landed his first feature in British Vogue just months later and was a veritable instant addition to the London fashion scene. While he was still a student, Clark’s designs were being sold in the famous London boutique Quorum, and Henri Bendel had brought his collection to New York. His fashions soon became synonymous with the famous “Chelsea Girls” of the decade.


Clark’s clothing ran the gamut from free-flowing garments in muted hues to graphic patterns in bold colors informed by a fascination with Pop art and flora. He collaborated with Birtwell for most of his career, incorporating her dynamic Art Deco–inspired prints in his work before the couple parted in the 1970s. Clark favored crepes and chiffons and paid close attention to small details, often eschewing simple zippers in favor of, say, fabric-covered buttons. At the end of the 1960s, Clark adjusted hemlines to the maxi length and introduced a line of chiffon dresses intended to be worn over a nude body.


Clark’s penchant for flowing pants, bell sleeves and fringe is largely regarded as popularizing the archetype of 1970s fashion in London and the United States — influence bolstered, no doubt, by his dressing such A-list clients as Mick Jagger, Liza Minelli and The Beatles. A gifted draper, he was known for his uniquely flattering fits. As designer Manolo Blahnik once said,  “He created an incredible magic with the body and achieved what fashion should do — produce desire.”

About the Seller
5 / 5
Located in London, United Kingdom
Recognized Seller
These prestigious sellers are industry leaders and represent the highest echelon for item quality and design.
Established in 1994
1stDibs seller since 2015
440 sales on 1stDibs
Typical response time: <1 hour
More From This Seller
View All From Seller

$675
Vintage Quorum Dress
By Quorum
Located in London, GB
An evening dress by Quorum. The dress has a lace collar and skirt , with a black split over skirt. There is a row of lace at the hem.
Category

$335
Vintage Quorum Black Lace Halter Neck Dress
By Quorum
Located in London, GB
A pretty vintage lace dress by Quorum. The dress is a halterneck , and has an unusual back adjustable drawstring , so it can be as low as you like... It is fully lined with a fr...
Category