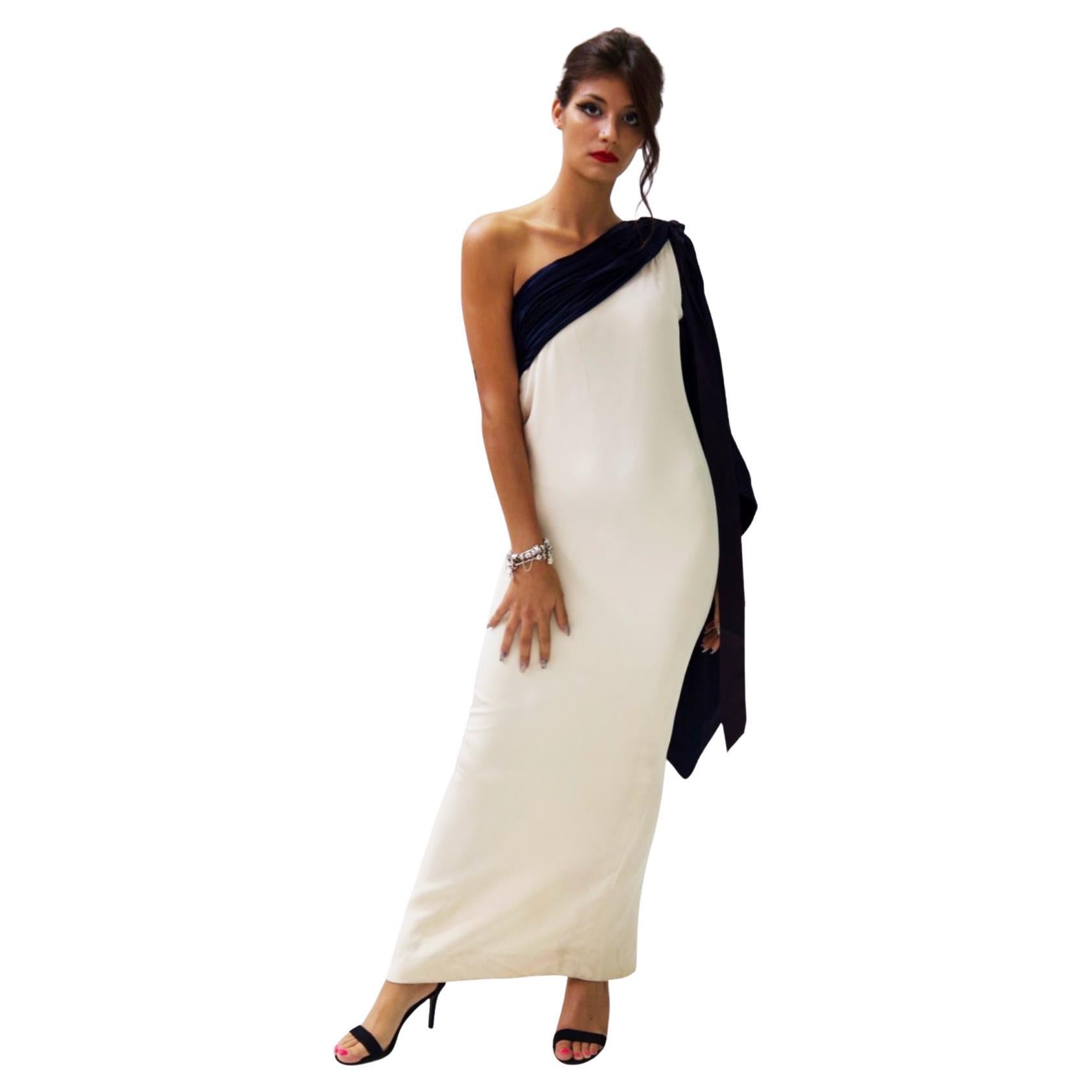 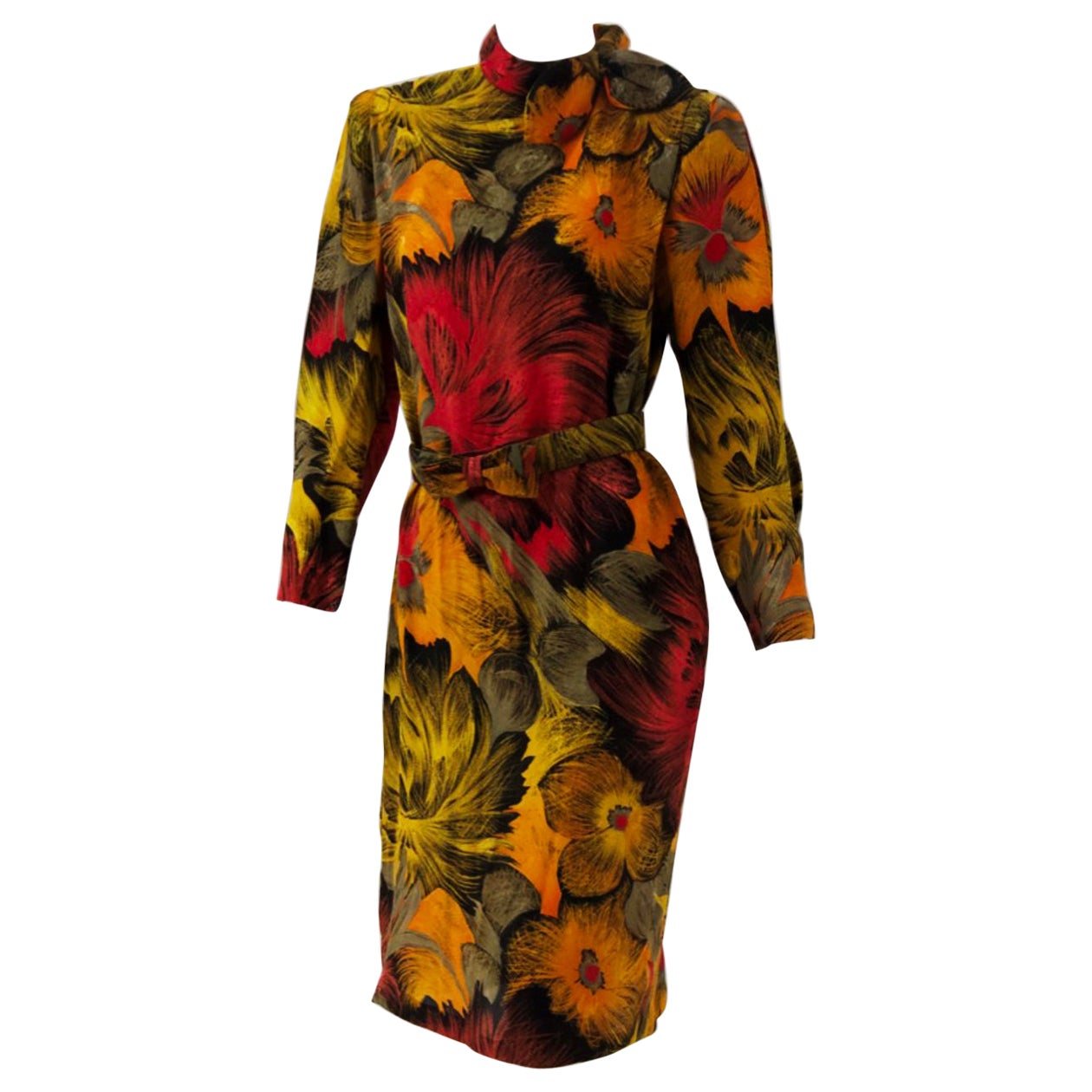 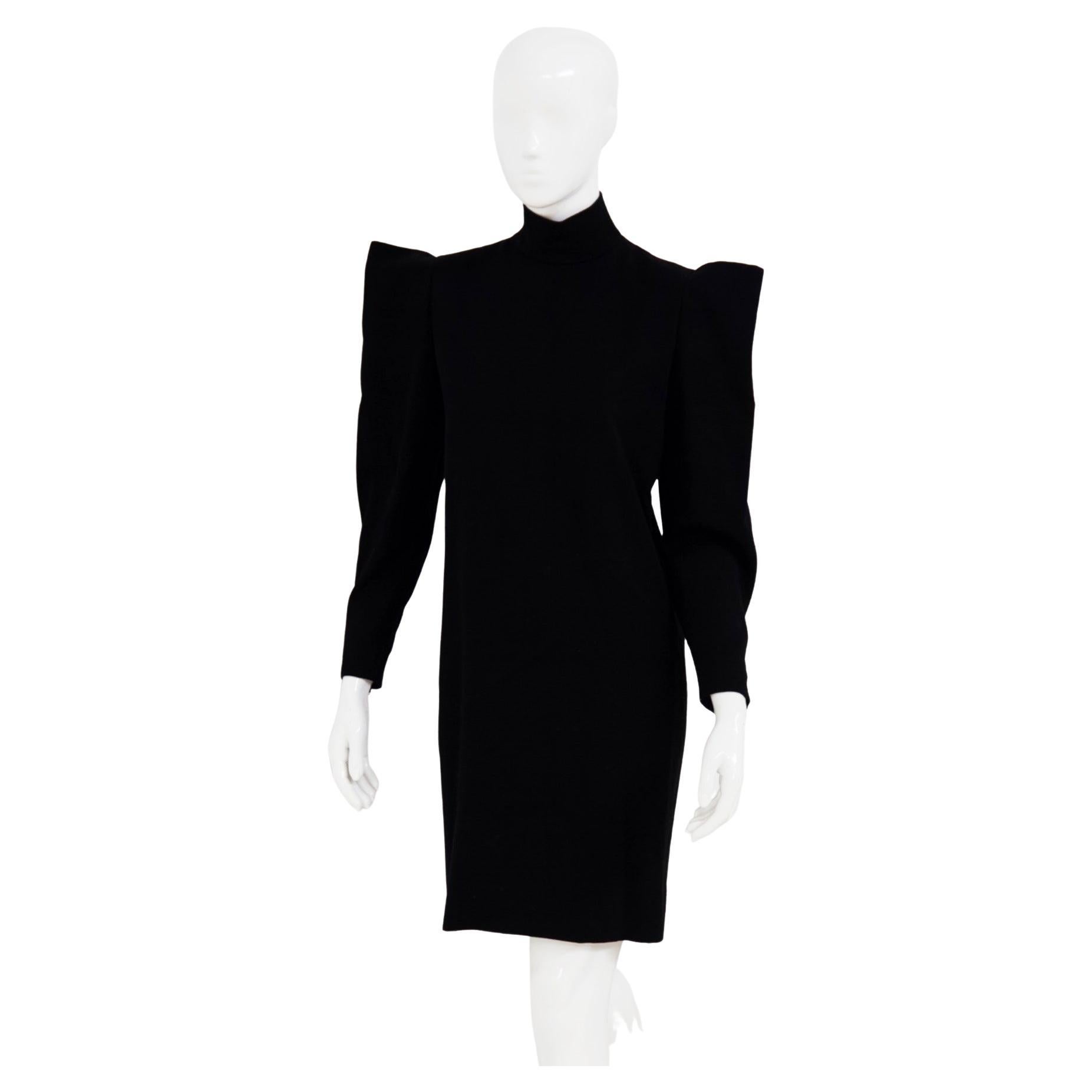 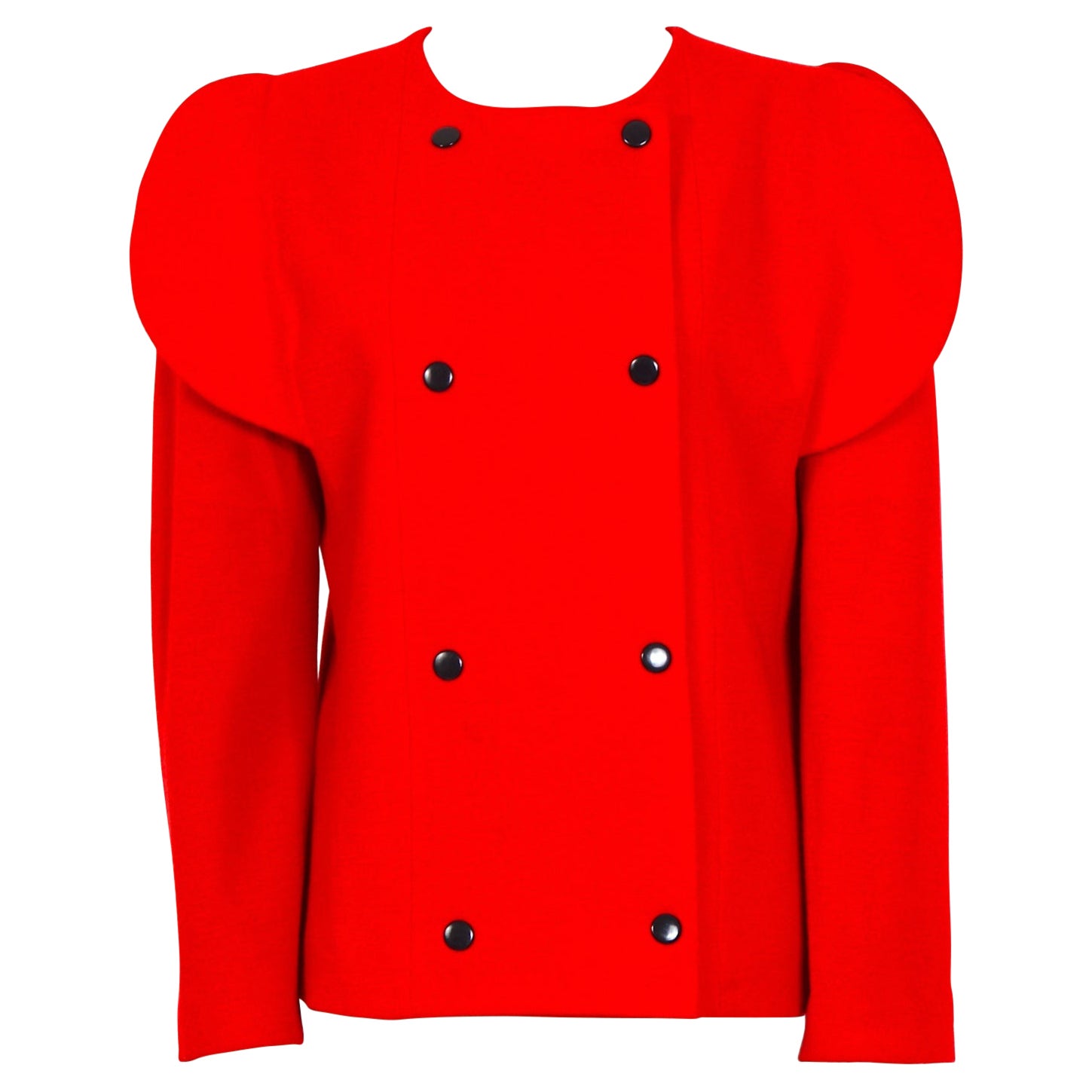 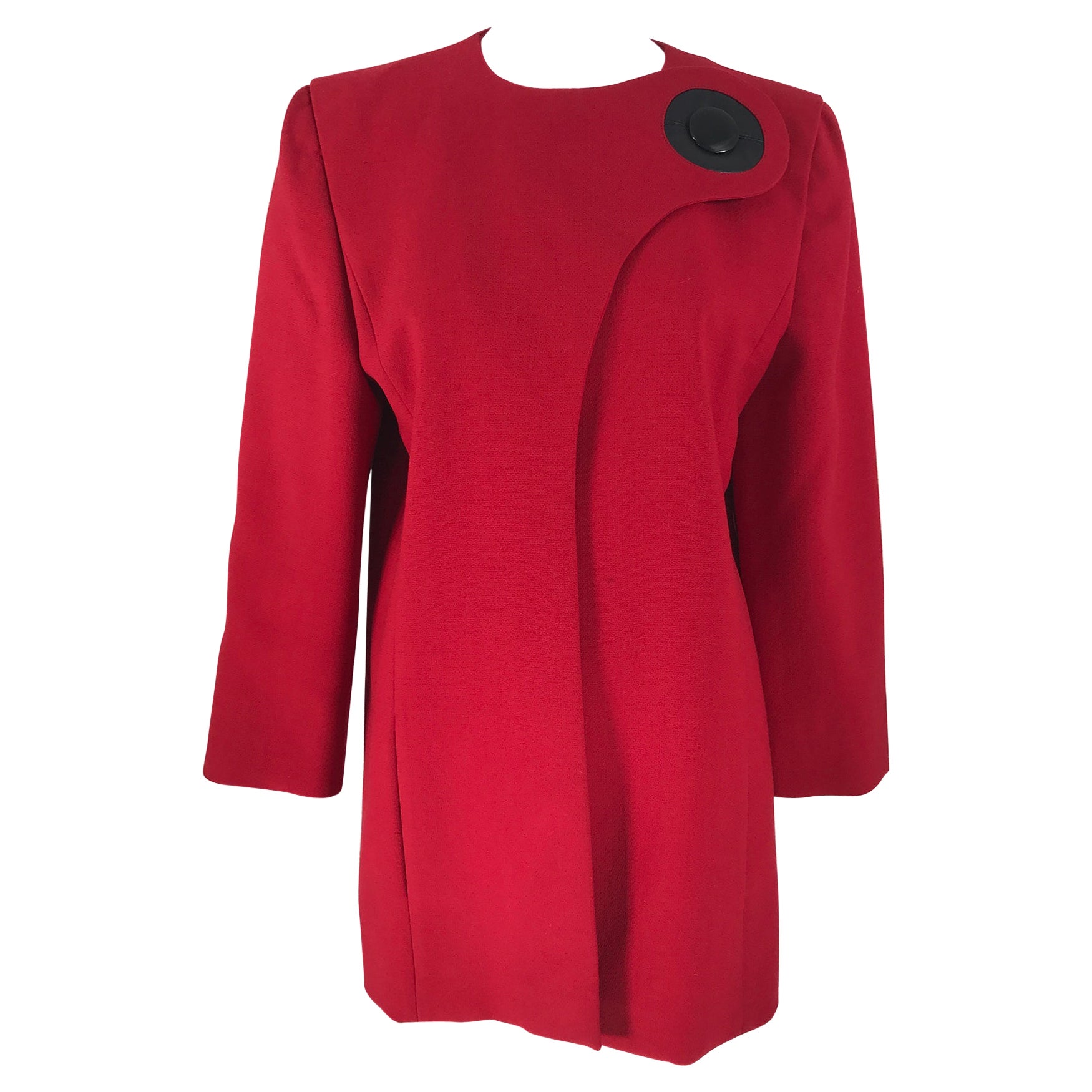 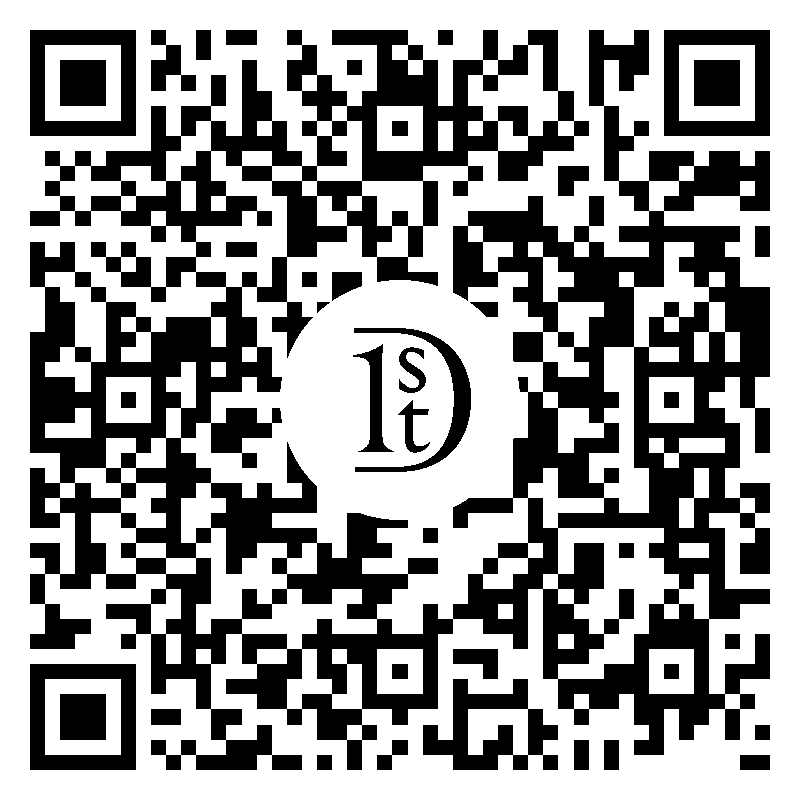 This unique Pierre Cardin vintage red silk crepe dress captures the forward thinking spirit of Pierre Cardin designs. The front is a simple shift dress, with two attached loops of fabric that drape from the waist and along the hips up to the shoulders in the back, and down to the waist to create the incredible plunging draped low back. We love the dramatic look of this incredible evening dress and the beautiful true red hue. The dress has 3/4 length sleeves and a small zipper in back for closure. This dress is in excellent condition and fits like a US size 0/2 with very narrow hips. A thing to note when sizing - the zipper is sewn-in at the top, so the widest the opening gets is 36". BUST: 36" WAIST: 34" HIPS: 36" LENGTH: 39" SHOULERS: 15" SLEEVES: 20" 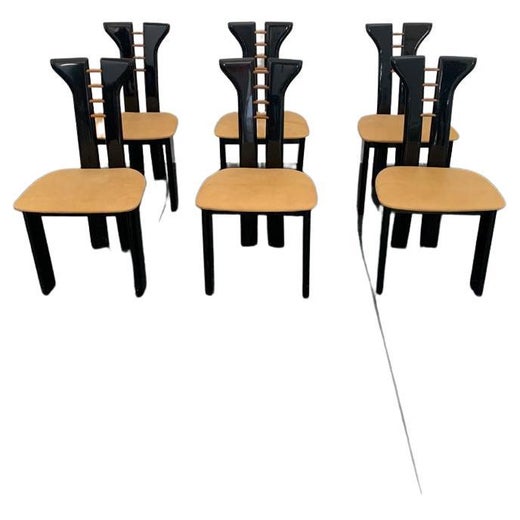 Best known for creating groundbreaking fashion designs from the 1950s onward, Pierre Cardin enjoyed great success in other design fields, most notably furniture. Cardin’s chairs, cabinets, tables and other pieces share many of the keynotes of his clothing designs. They are simple, geometric, elegant and cool.

Cardin was born in a village near Venice, Italy, and raised in central France. Always interested in fashion, he left home at age 17 to train with a Vichy tailor. After the end of World War II, Cardin moved to Paris and worked for a succession of couture houses, before taking a job with Christian Dior in 1946. Cardin went solo in 1950, and quickly won attention for his novel style. Unlike Dior’s famous New Look, Cardin’s clothes de-emphasized a woman’s curves; his breakthrough pieces like the Bubble dress had, instead, a sculptural quality. In the following decade, Cardin introduced bright tunic dresses and shifts, marketed as the Space Age look and accessorized with vinyl hats and visors.

In the 1970s Cardin expanded his design work into furniture, jewelry and automobiles. (Later, licensing agreements would put Cardin’s name on goods ranging from perfume to sunglasses.) Cardin’s furniture pieces — inspired, perhaps, by the rediscovery of Art Deco design in that decade — feature simple, symmetrical forms, lacquer and figured veneer finishes, and accents in metals such as aluminum and brass.

Whether you are looking for a vintage cocktail dress or a chest of drawers to keep it in, as you will see on 1stDibs, Pierre Cardin offers an option in either that is timelessly chic.

1stDibs Buyer Protection Guaranteed
If your item arrives not as described, we’ll work with you and the seller to make it right. Learn More
About the Seller
4.9
Located in Portland, OR
Platinum Seller
These expertly vetted sellers are 1stDibs' most experienced sellers and are rated highest by our customers.
Established in 2001
1stDibs seller since 2015
1,599 sales on 1stDibs
Typical response time: 2 hours
More From This SellerView All
People Also Browsed
You May Also Like 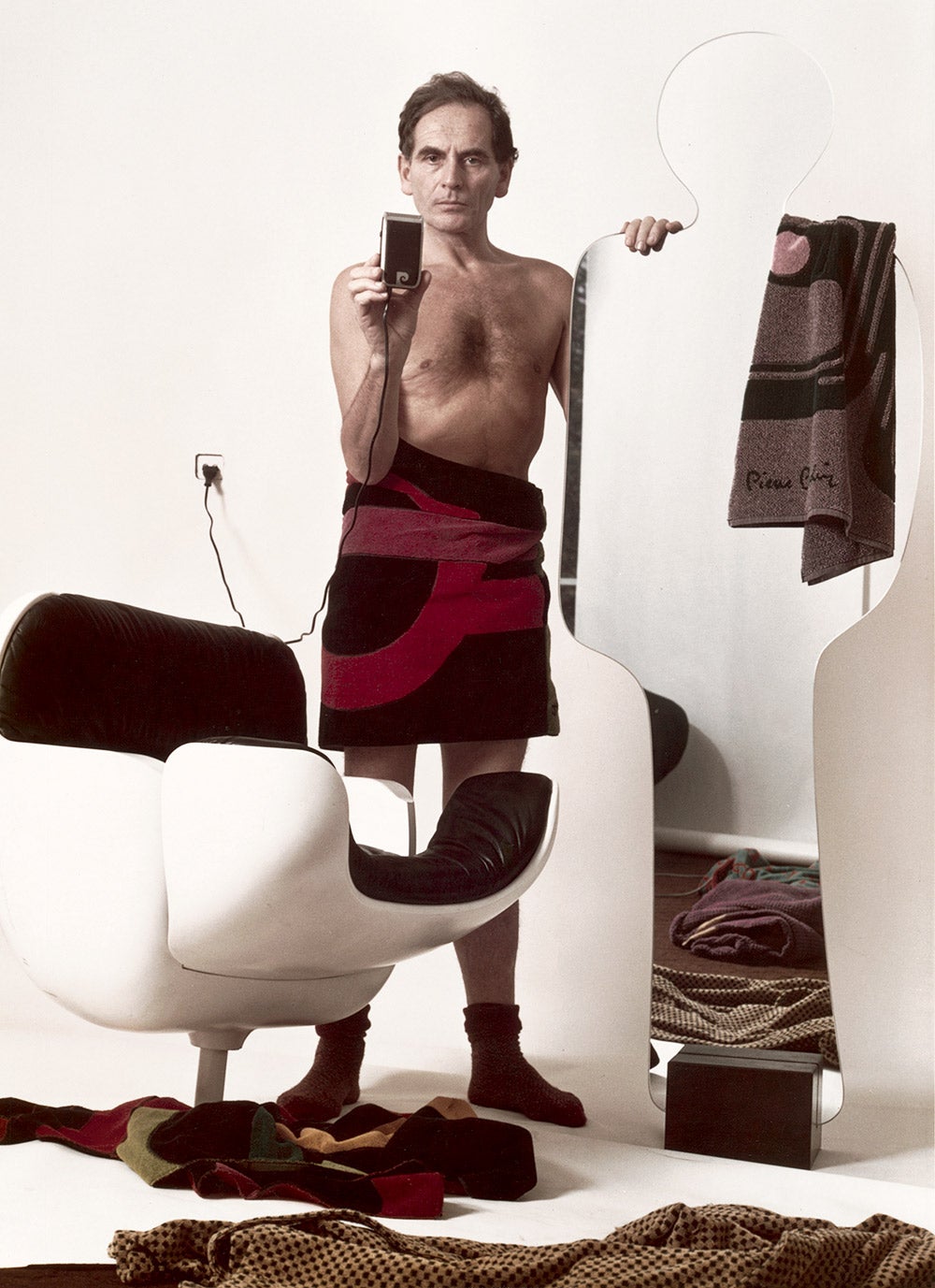