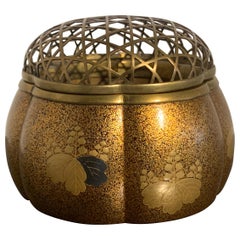 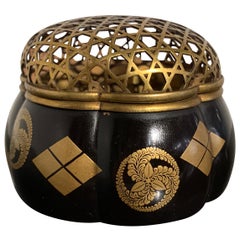 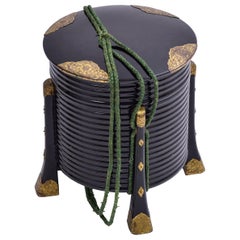 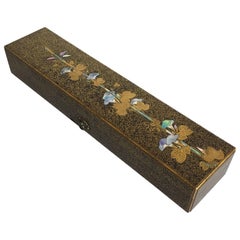 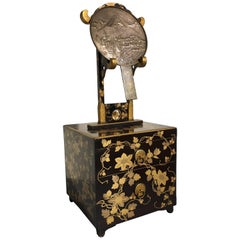 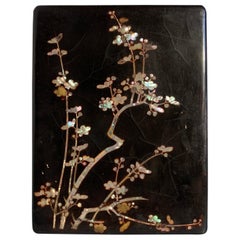 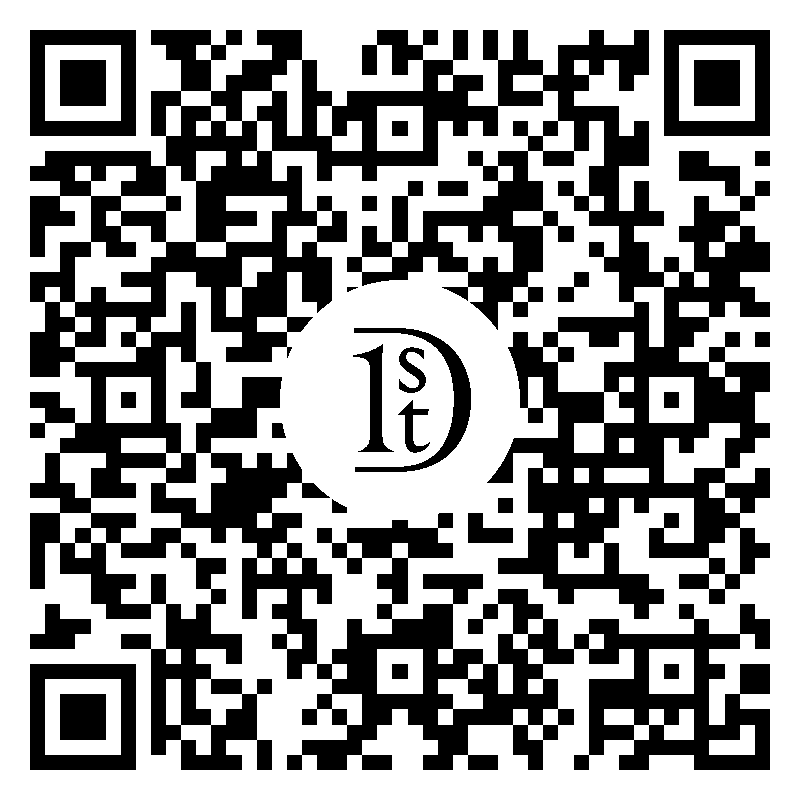 A fine and elegant Japanese sutra box, called a kyobako, in black and gold lacquer, featuring a large imperial sixteen petal chrysanthemum mon against a raised gold lacquer diaper ground, Edo period (1603-1868), late 18th century. The imperial sixteen petal chrysanthemum mon in raised gold taka-maki-e features prominently upon the cover of this elegant box. One side of the cover also featuring another set of mon in raised gold take-maki-e: the Emperor's imperial sixteen petal chrysanthemum next to the paulownia mon of the Toyotomi clan and Imperial Family. The mon sit atop a gold hiramaki-e lacquer diamond and flower blossom patterned diaper against black lacquer ground. The interior and underside of the box dusted in a subtle and glowing nashiji on a brown lacquer ground. Kyobako are special boxes used specifically to house Buddhist sutras (scriptures). The mon, or family crests, indicate this particular piece was most likely a commission and gift from the Imperial Family.

Diamond Seller
This distinction is for experienced sellers who continually surpass customer expectations.
Established in 2001
1stDibs seller since 2010
117 sales on 1stDibs
Typical response time: 1 hour
More From This Seller
View All From Seller