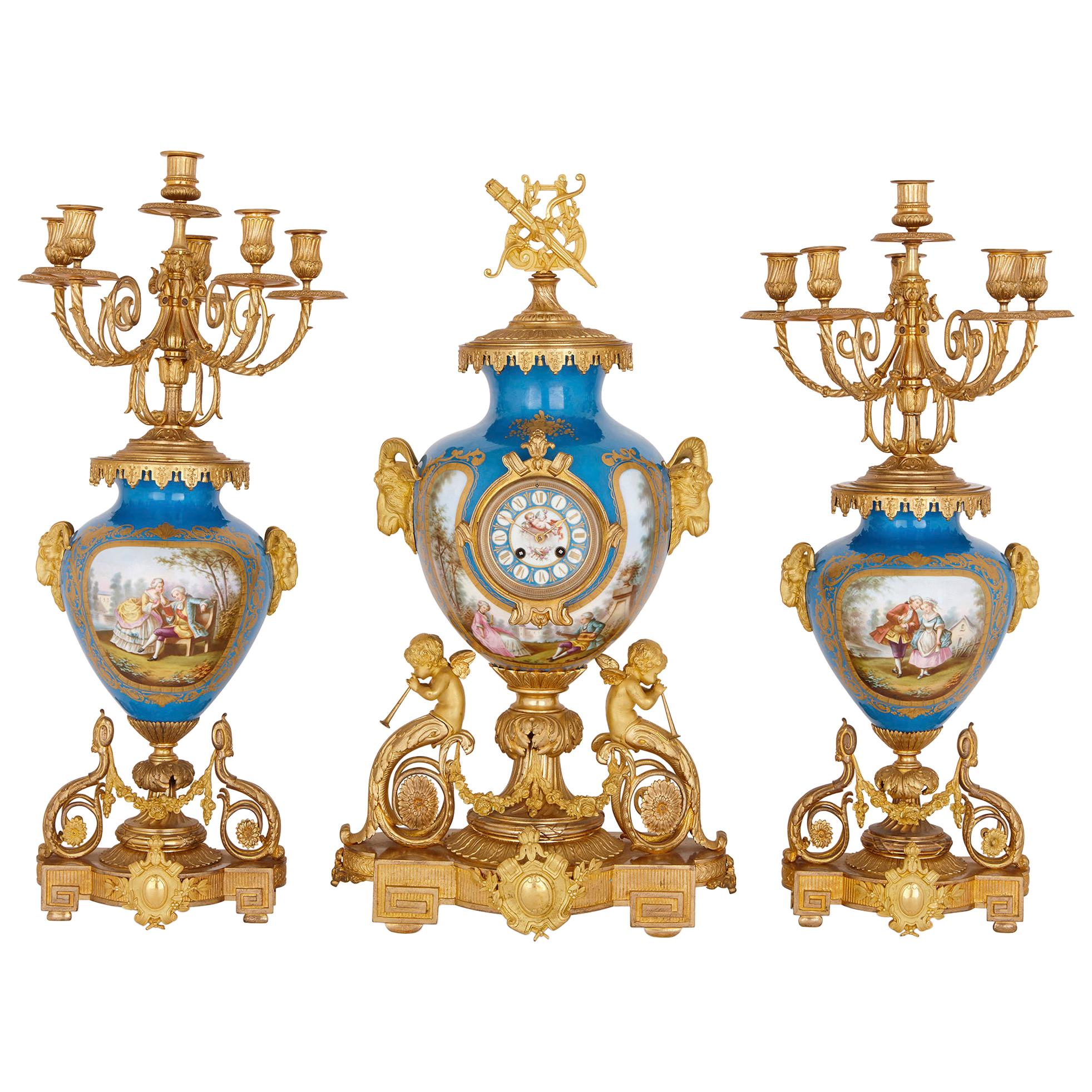 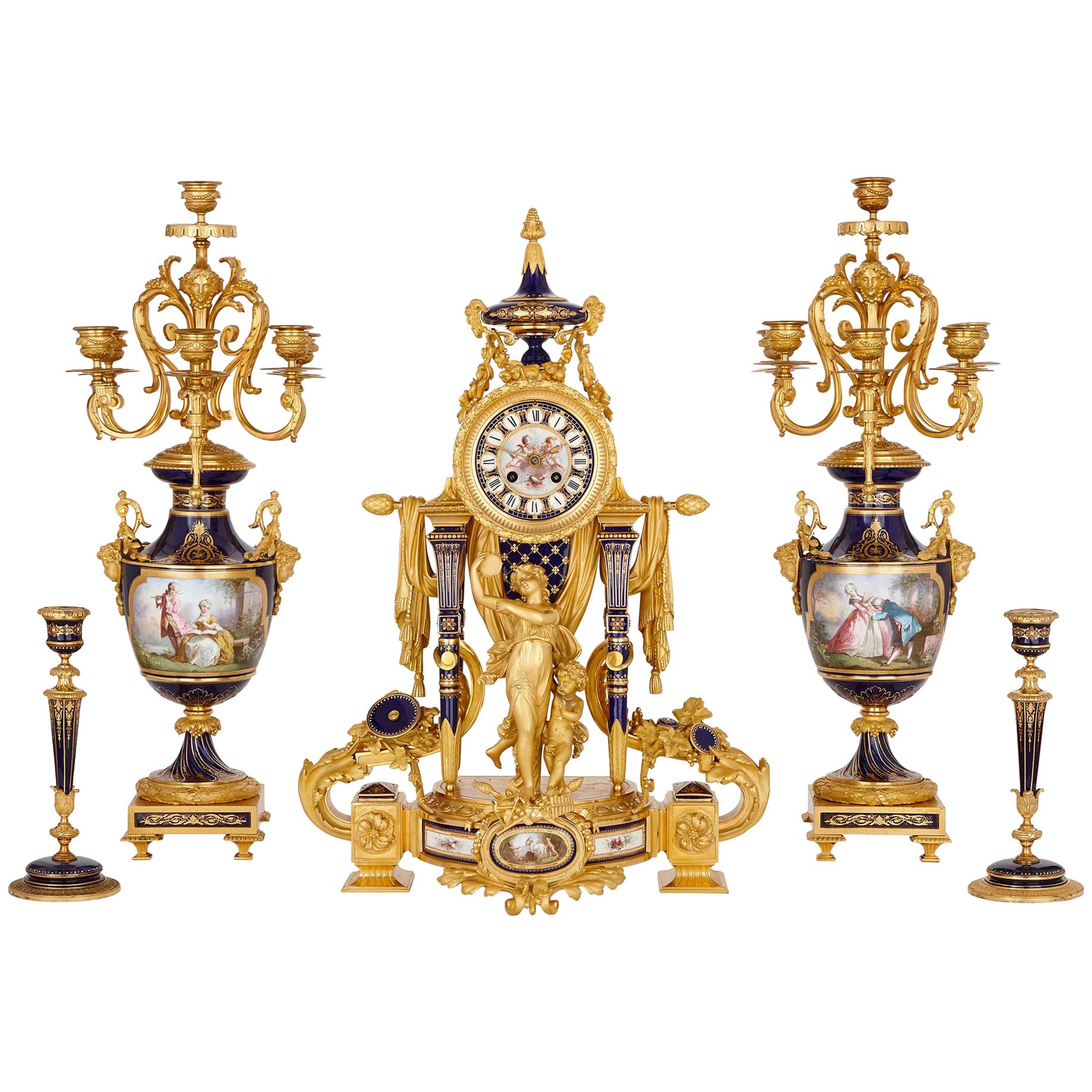 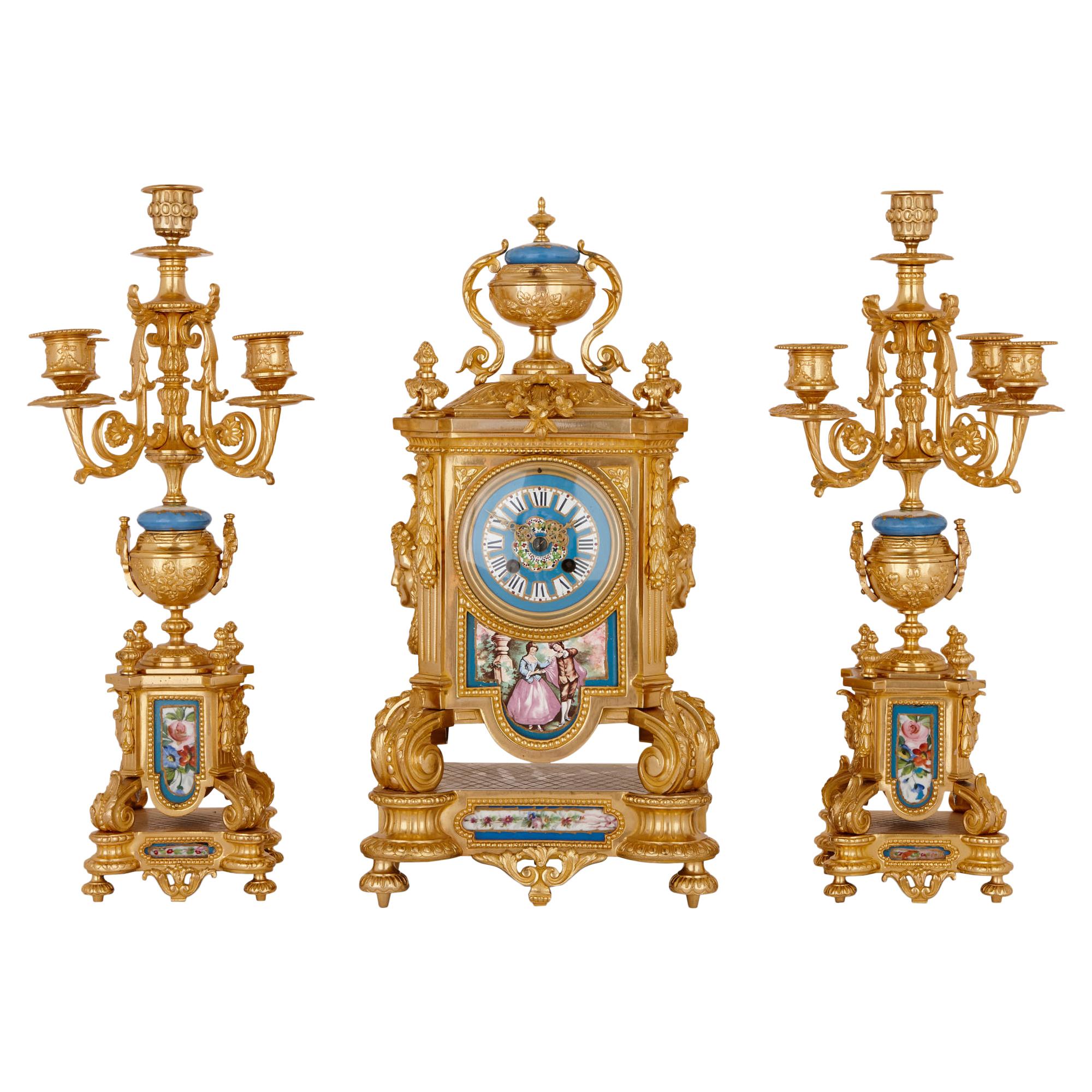 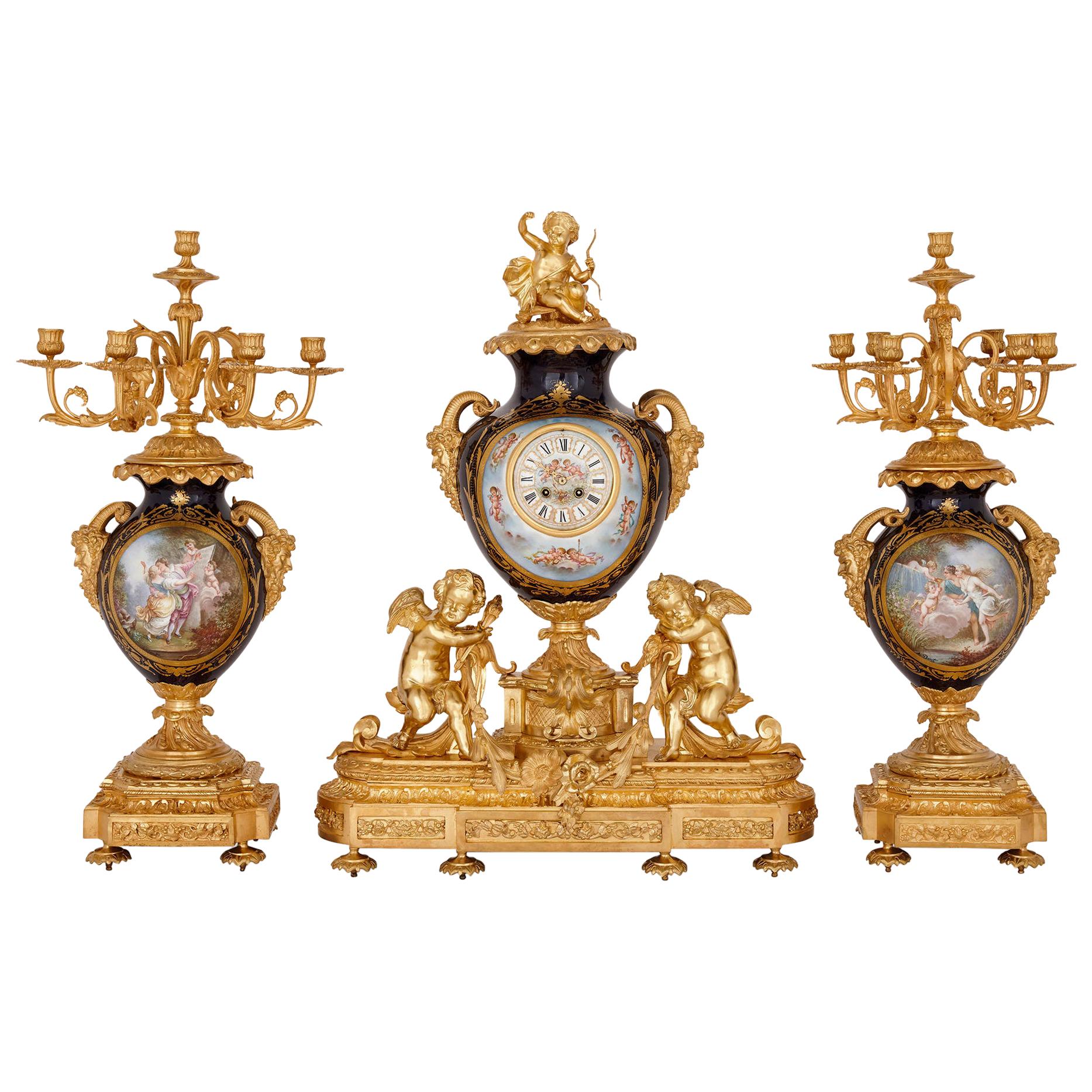 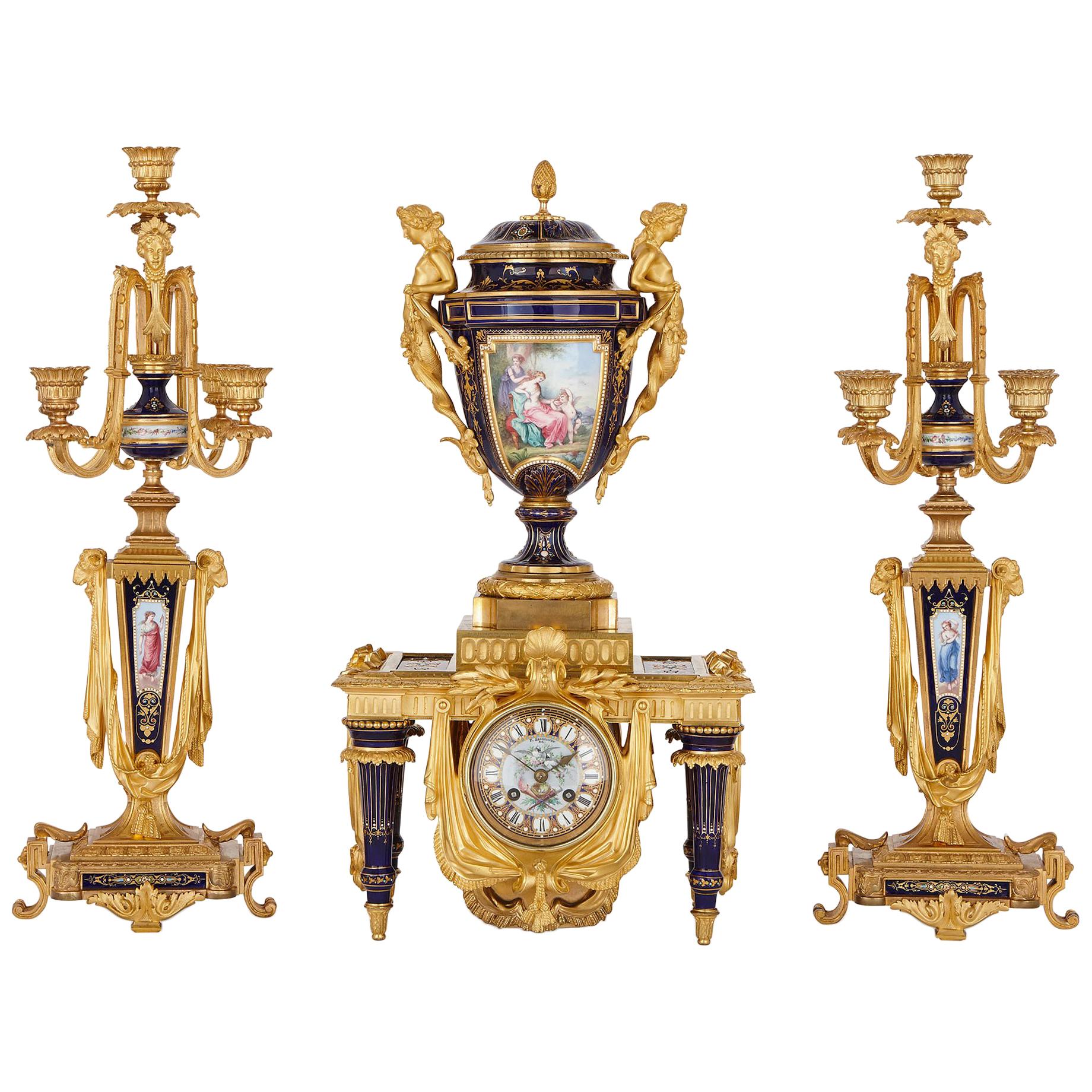 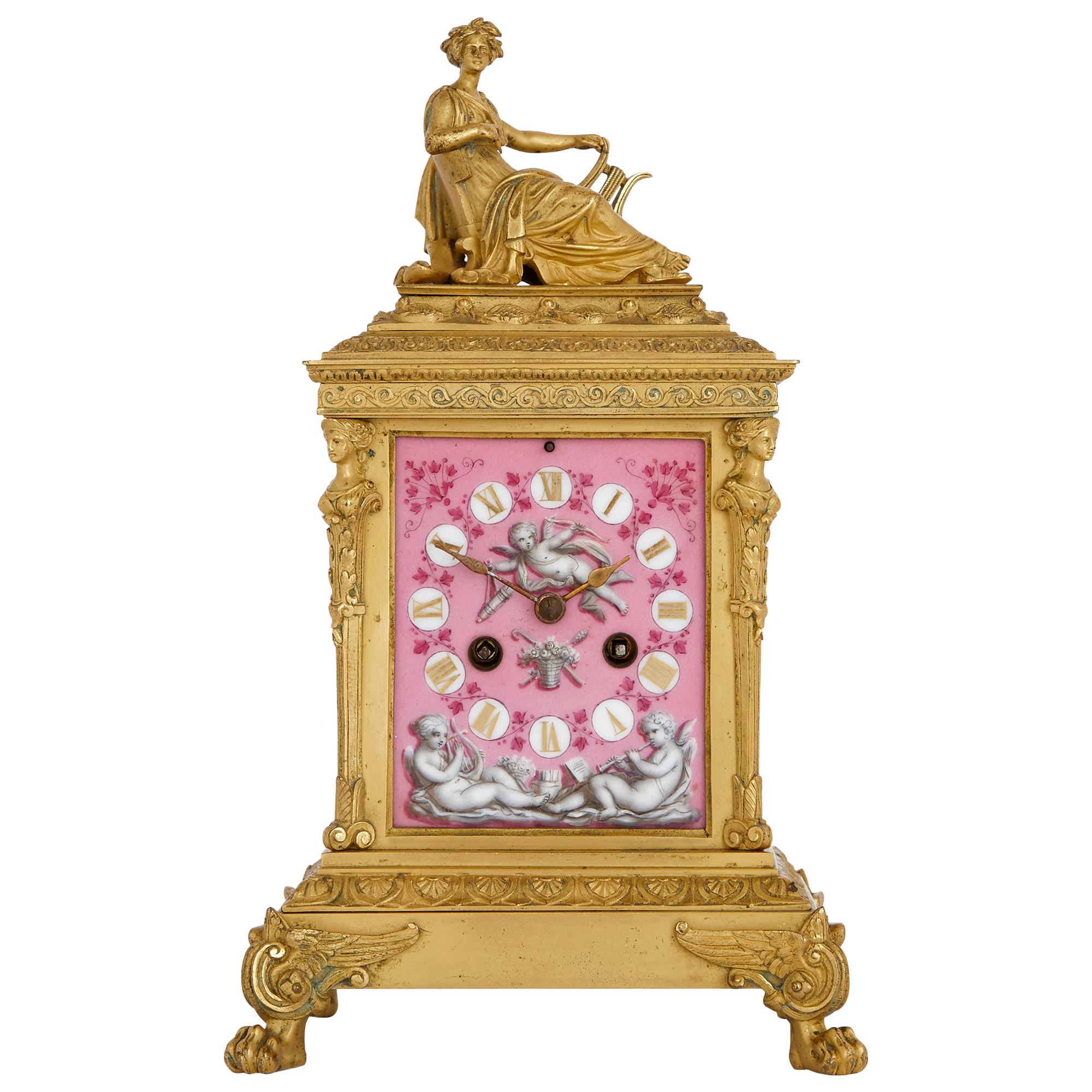 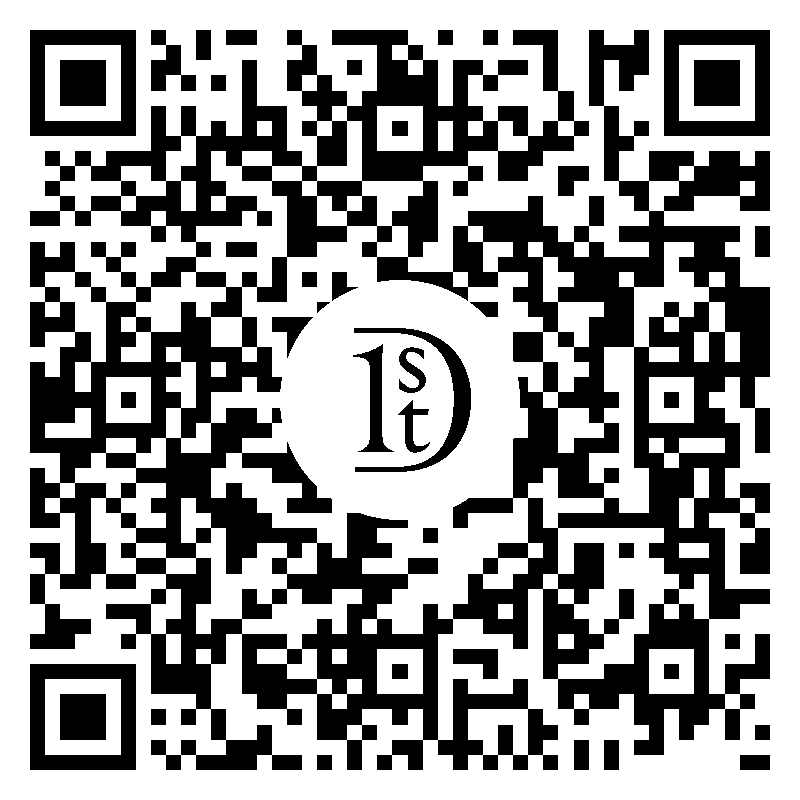 KPM porcelain and gilt bronze Rococo style clock set German, late 19th century Measures; Clock on base: Height 51cm, width 36cm, depth 17cm Candelabra: Height 47cm, width 27cm, depth 27cm This beautiful three-piece clock set features fine KPM porcelain adorned with gilt bronze mounts. The set is comprised of a mantel clock raised on a porcelain base and a pair of similarly decorated candelabra. The mantel clock is a fine example of the Rococo style: the parcel gilt and florally painted porcelain case is shaped like a violin, with the enamel dial set centrally. Beneath the dial, a pierced gilt bronze grille reveals the gilt bronze pendulum. The body, which is finely painted with vibrant flower bunches, is set with an abundance of gilt bronze mounts, including cherubic mounts to the paw feet and a classical mask above the dial. The clock is set atop a similarly decorated porcelain base. The pair of four-light candelabra is similarly decorated, each featuring a conforming porcelain body that issues four scrolling gilt bronze light branches. The porcelain is marked for KPM with underglaze blue sceptre marks while the movement is marked for ‘Gustav Becker / Freiburg’. 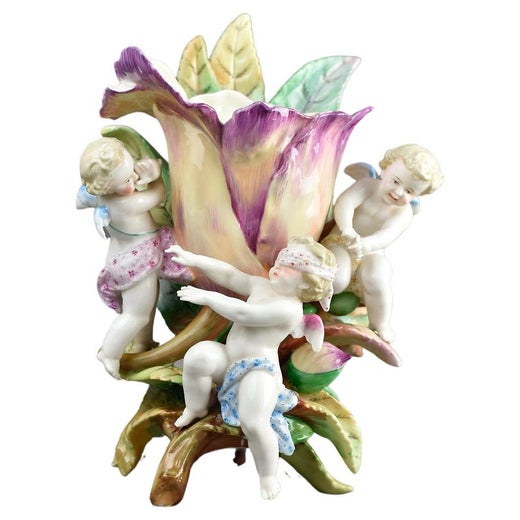 1stDibs Buyer Protection Guaranteed
If your item arrives not as described, we’ll work with you and the seller to make it right. Learn More
About the Seller
5.0
Located in London, United Kingdom
Recognized Seller
These prestigious sellers are industry leaders and represent the highest echelon for item quality and design.
Gold Seller
These expertly vetted sellers are highly rated and consistently exceed customer expectations.
Established in 1975
1stDibs seller since 2012
302 sales on 1stDibs
Typical response time: 5 hours
Associations
The British Antique Dealers' AssociationInternational Confederation of Art and Antique Dealers' Associations
More From This SellerView All
People Also Browsed
You May Also Like