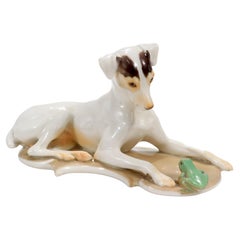 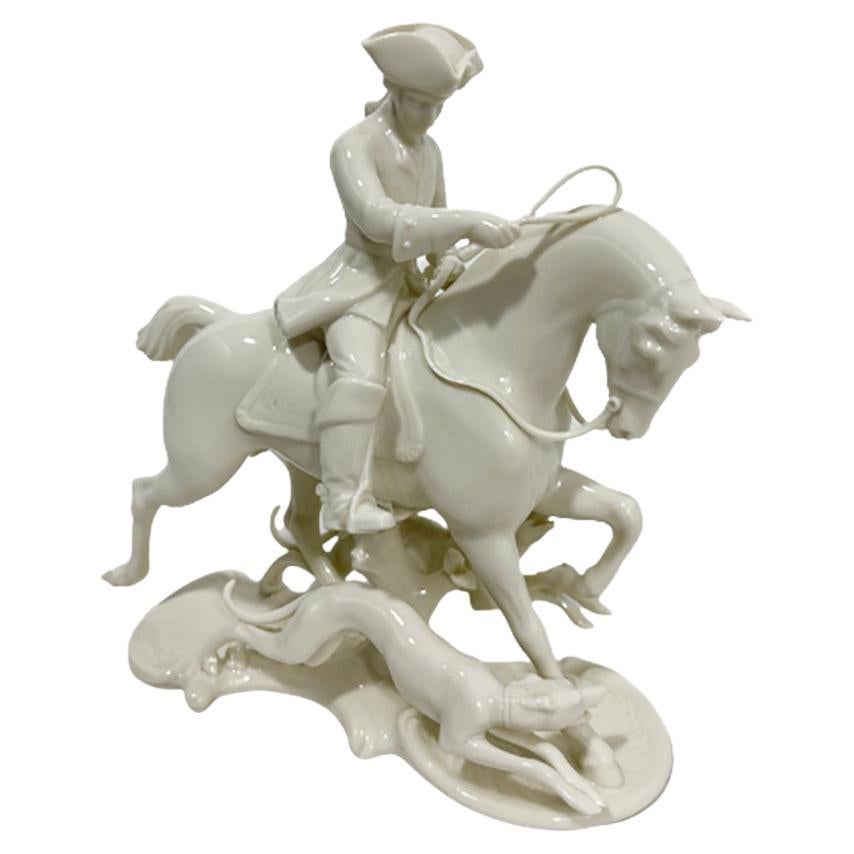 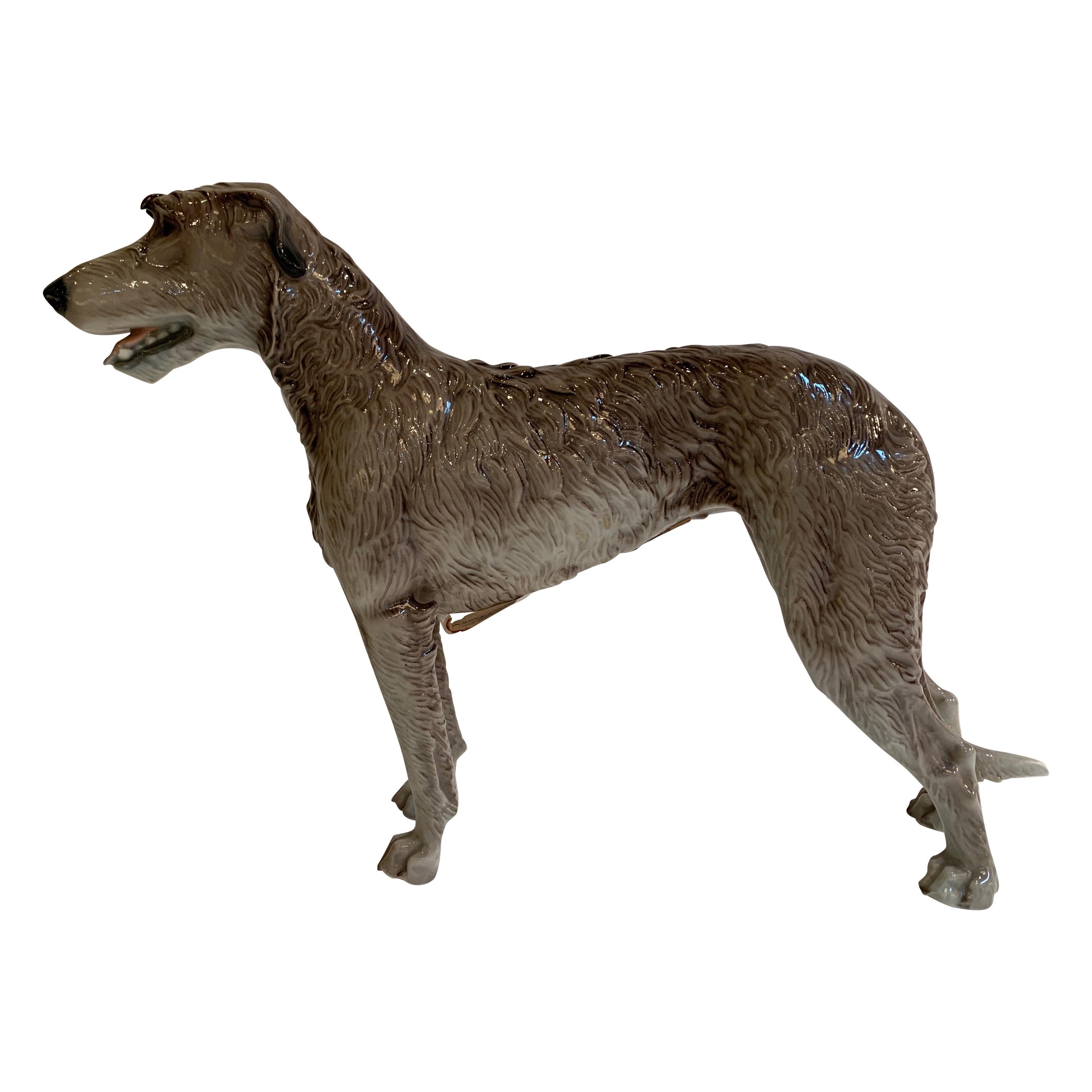 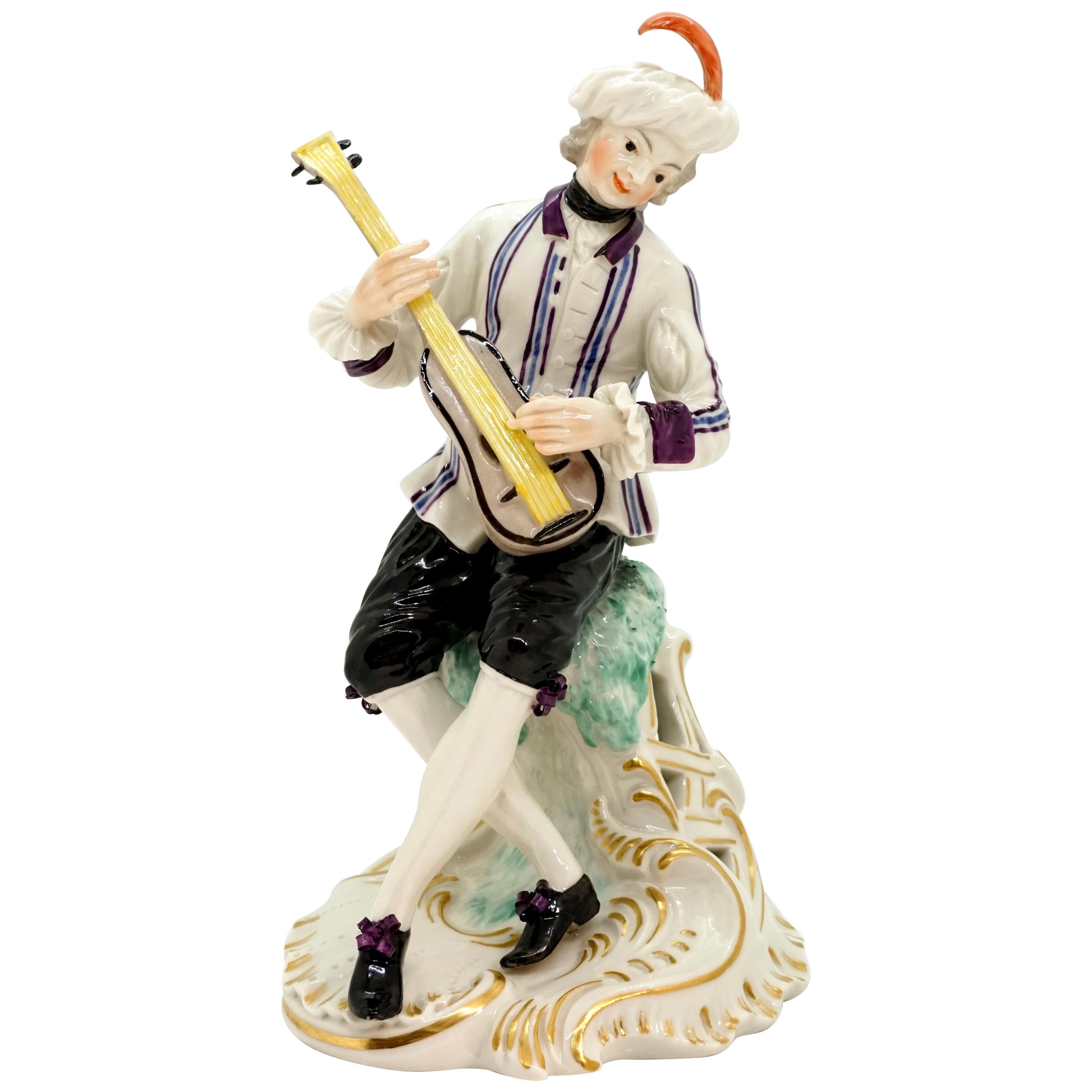 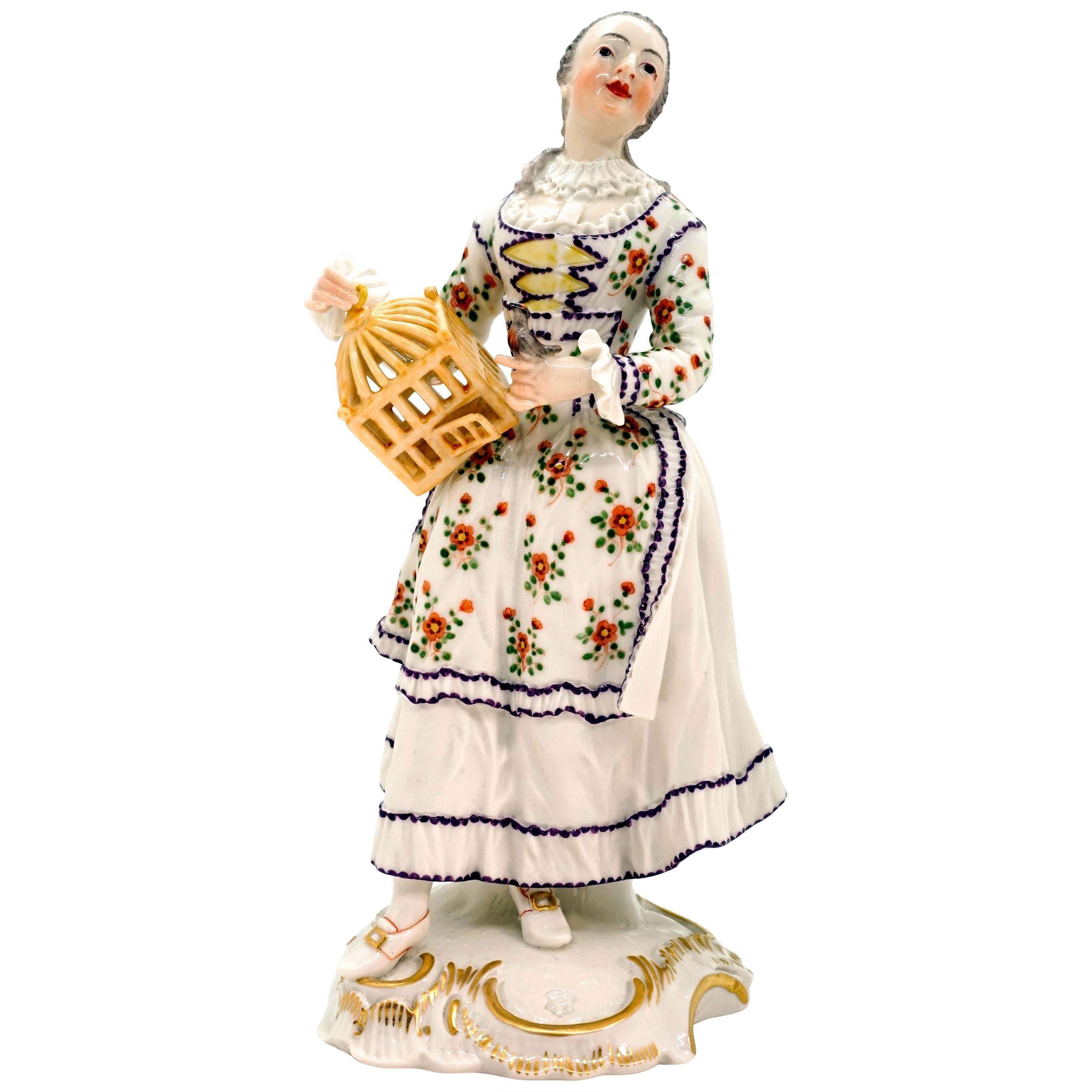 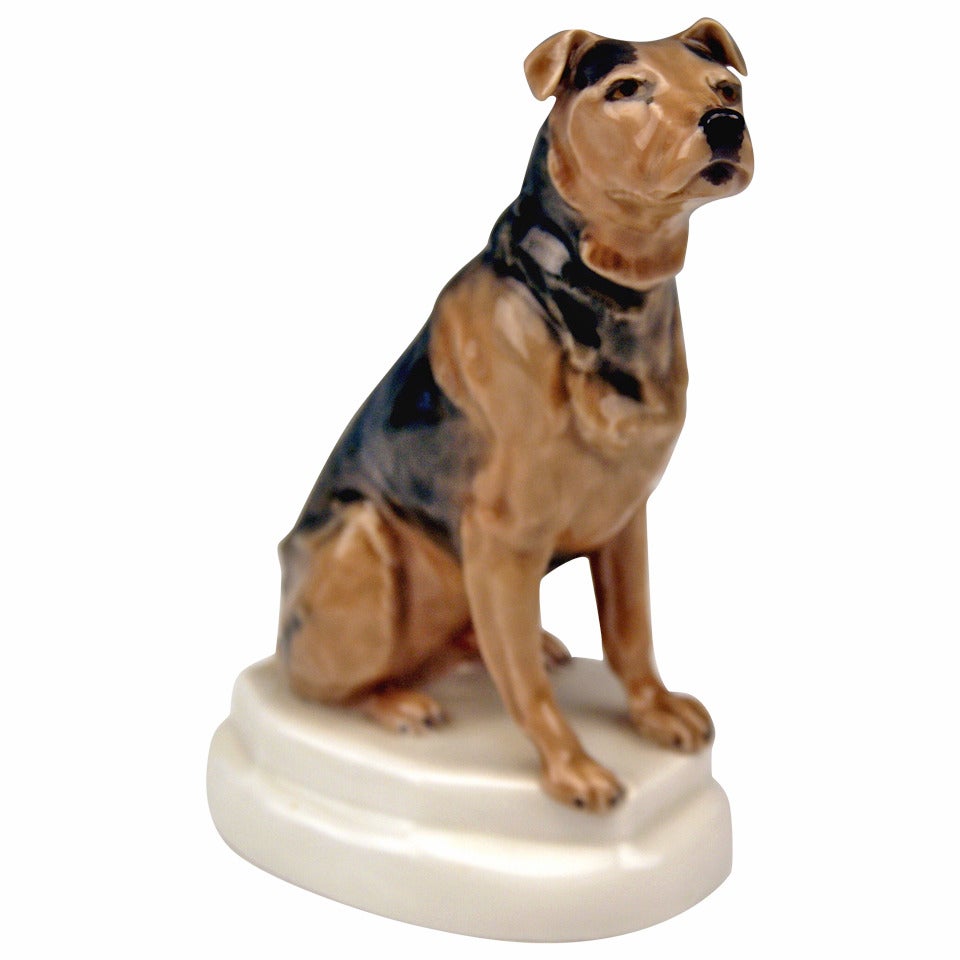 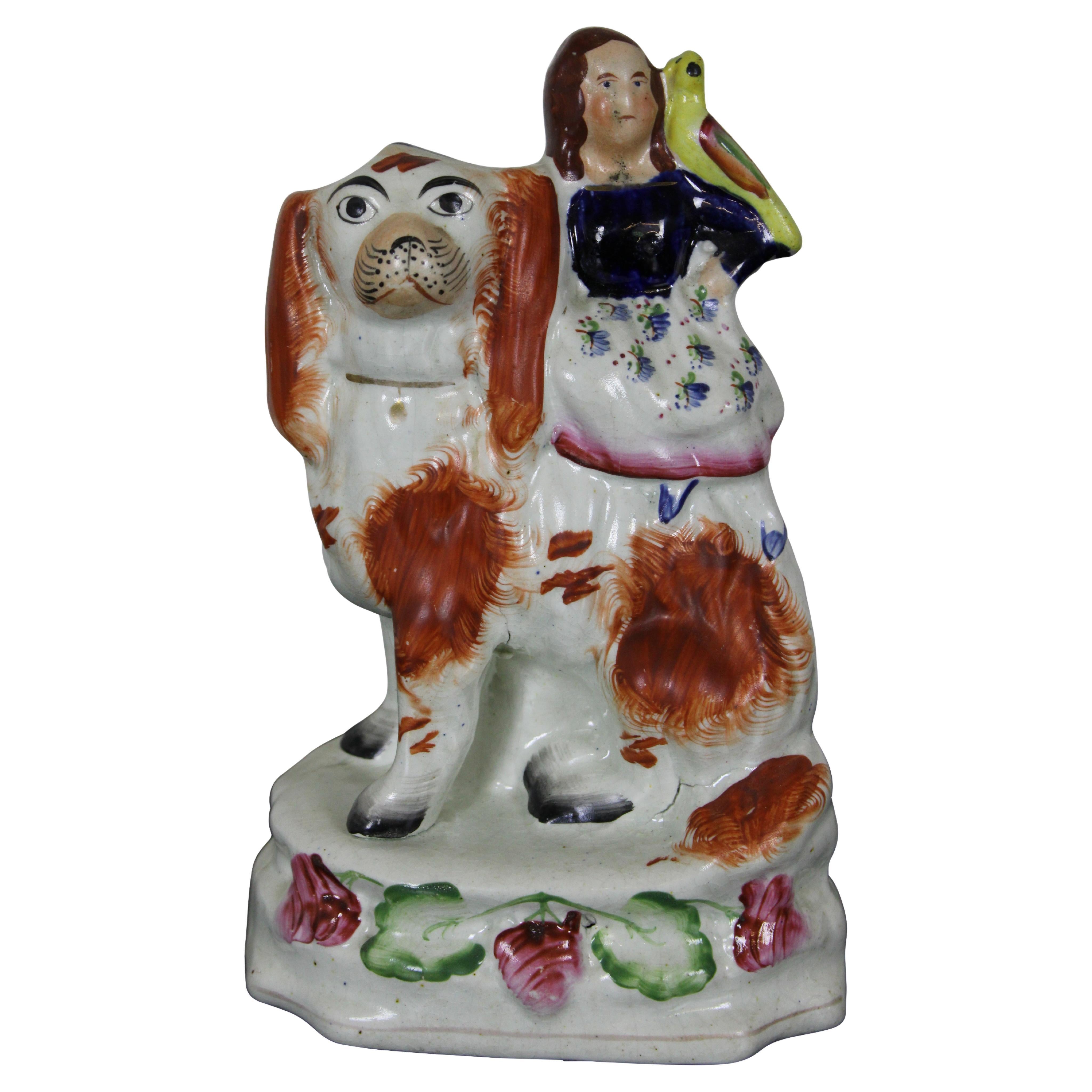 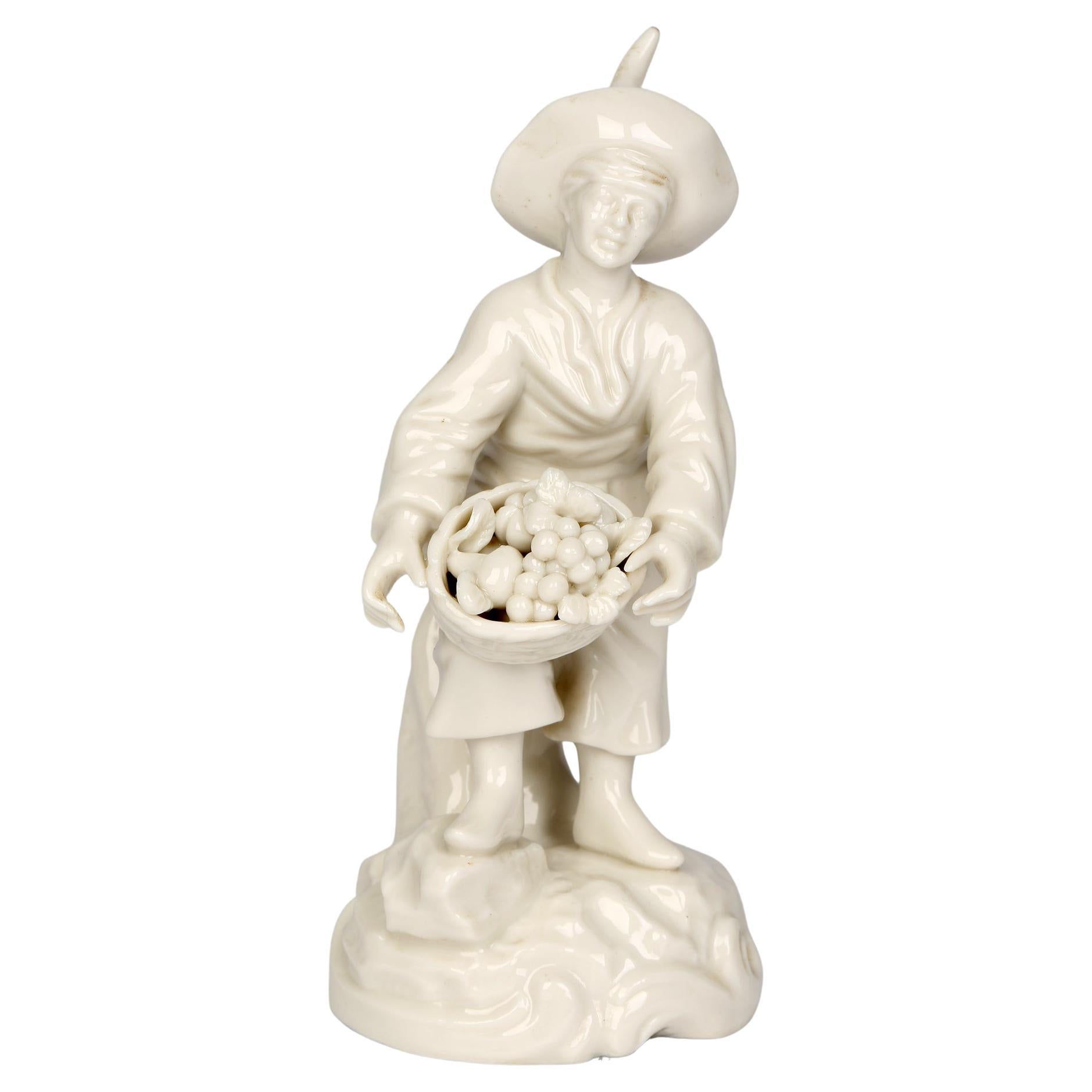 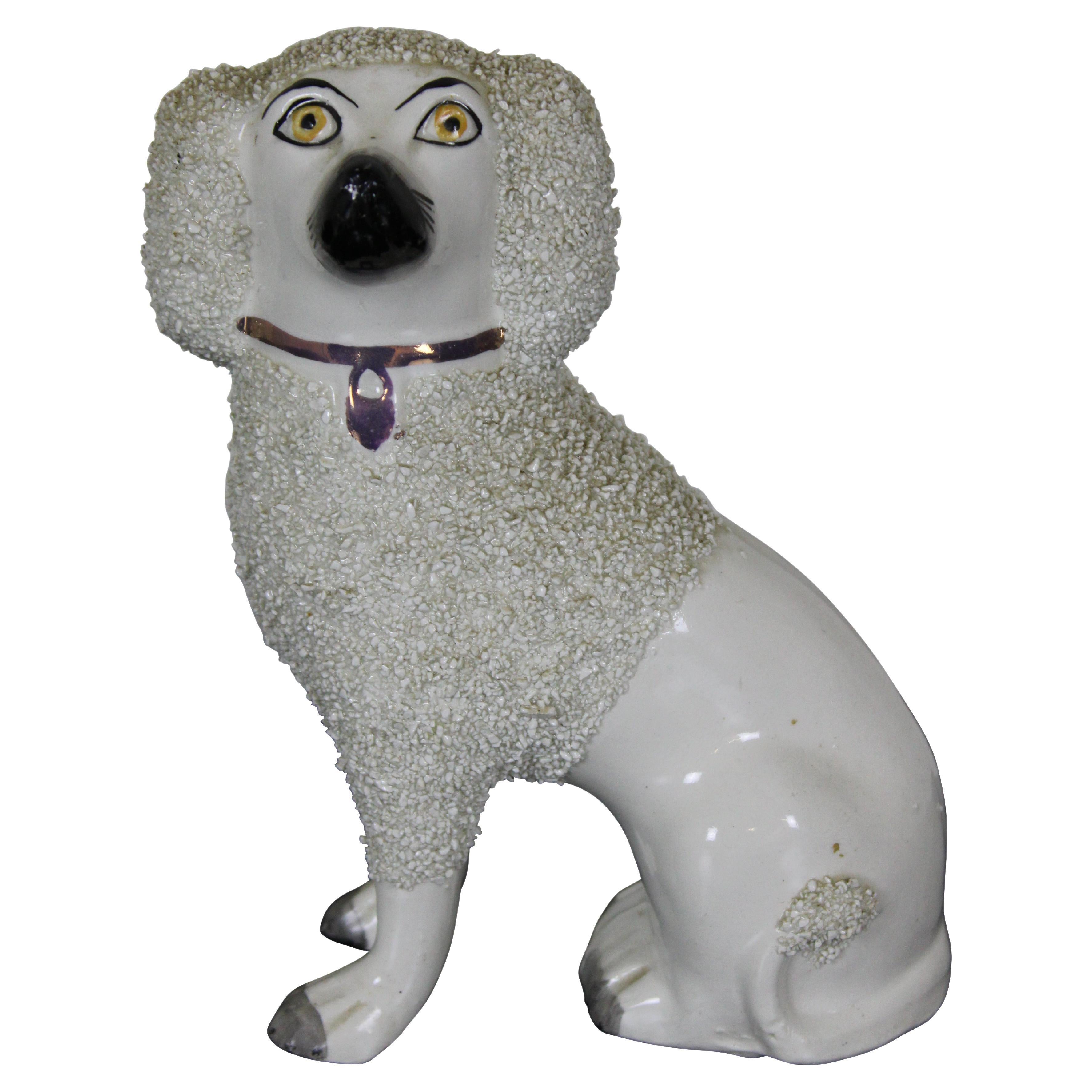 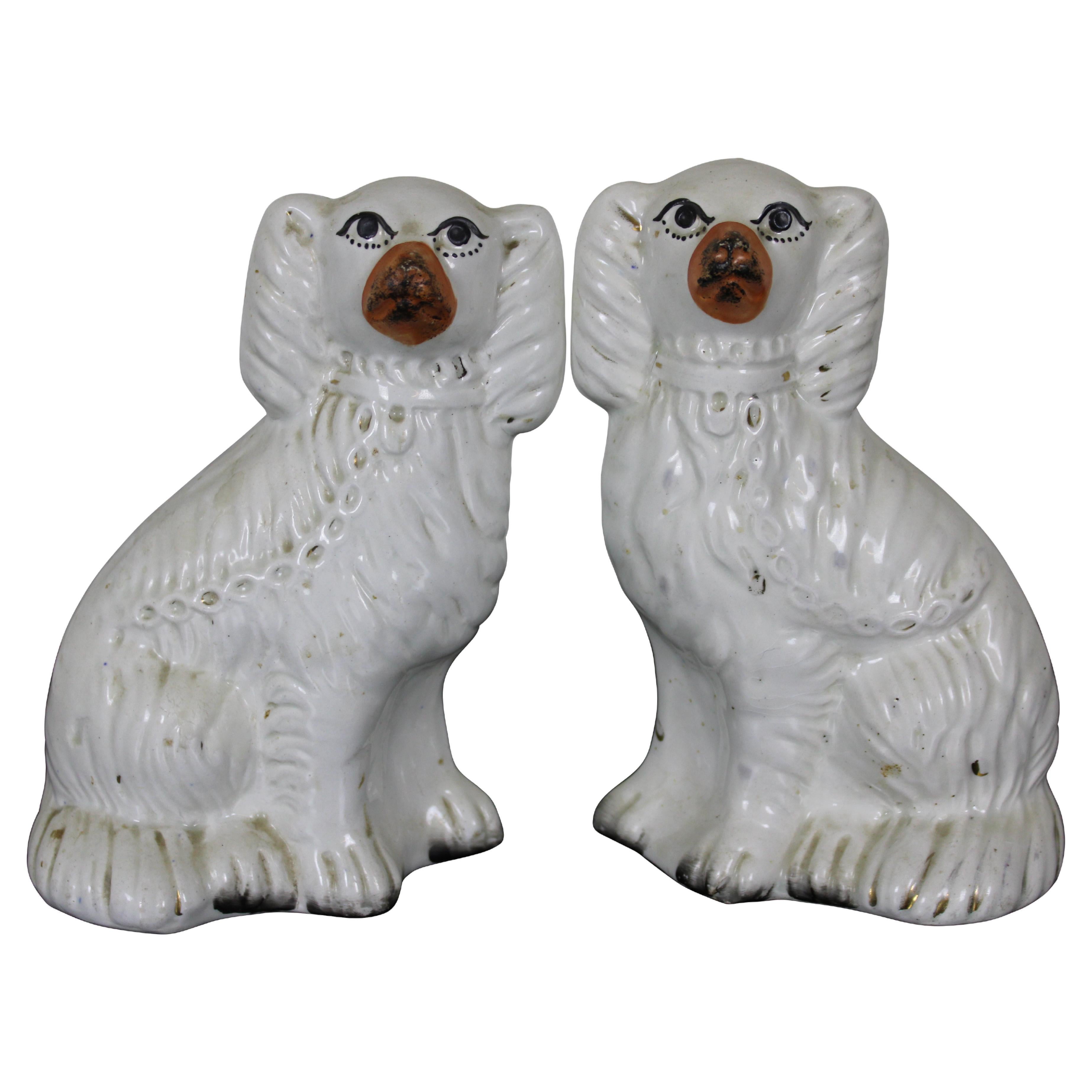 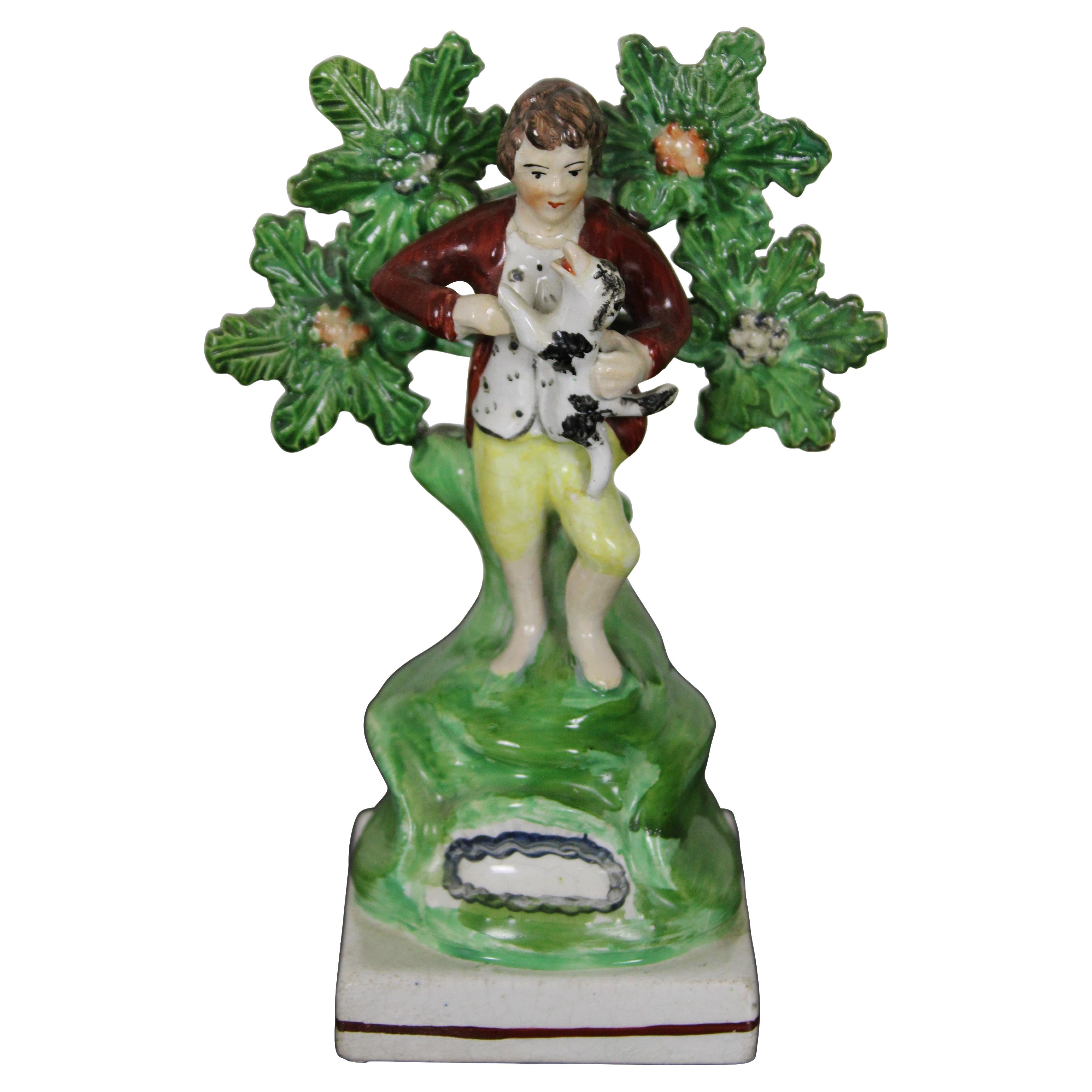 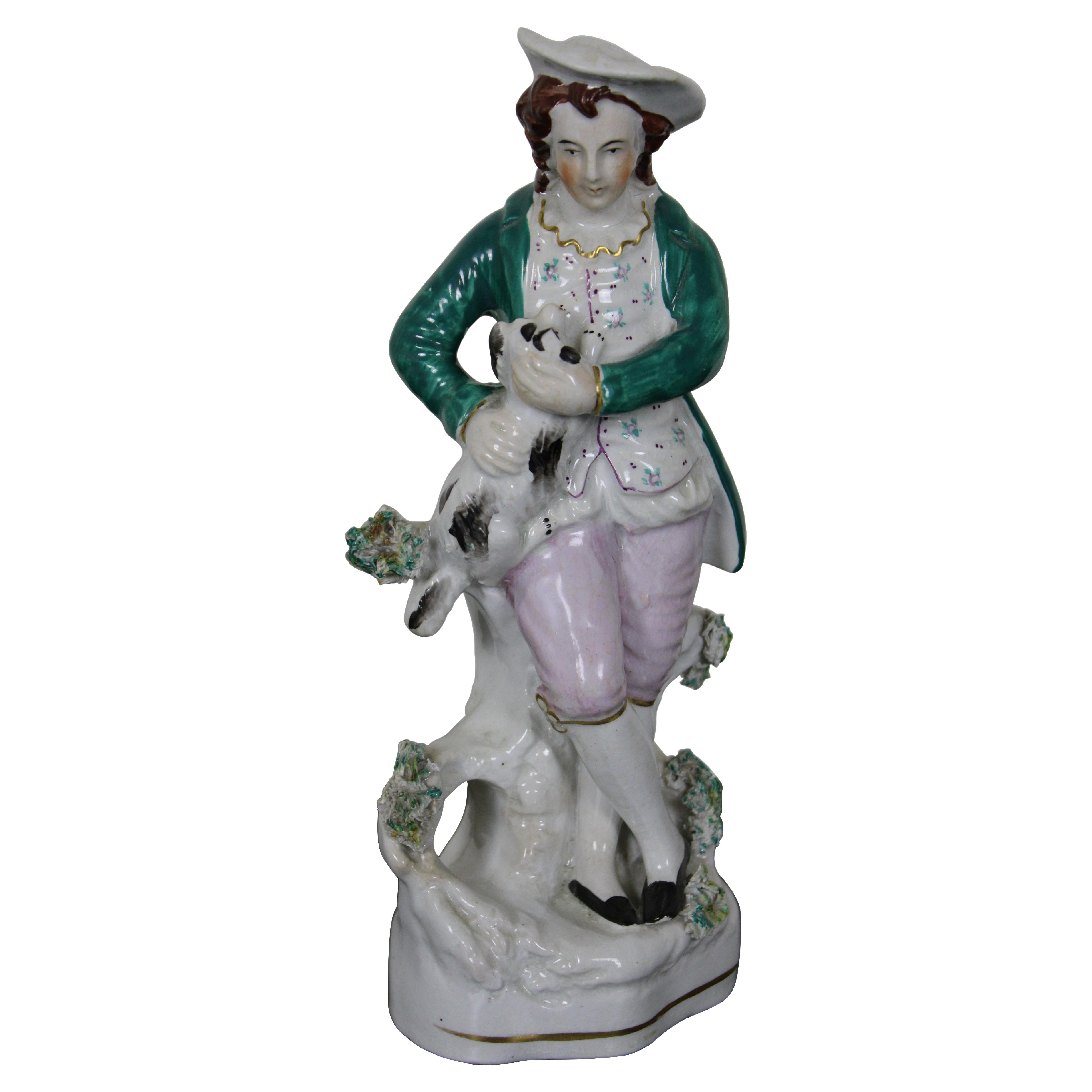 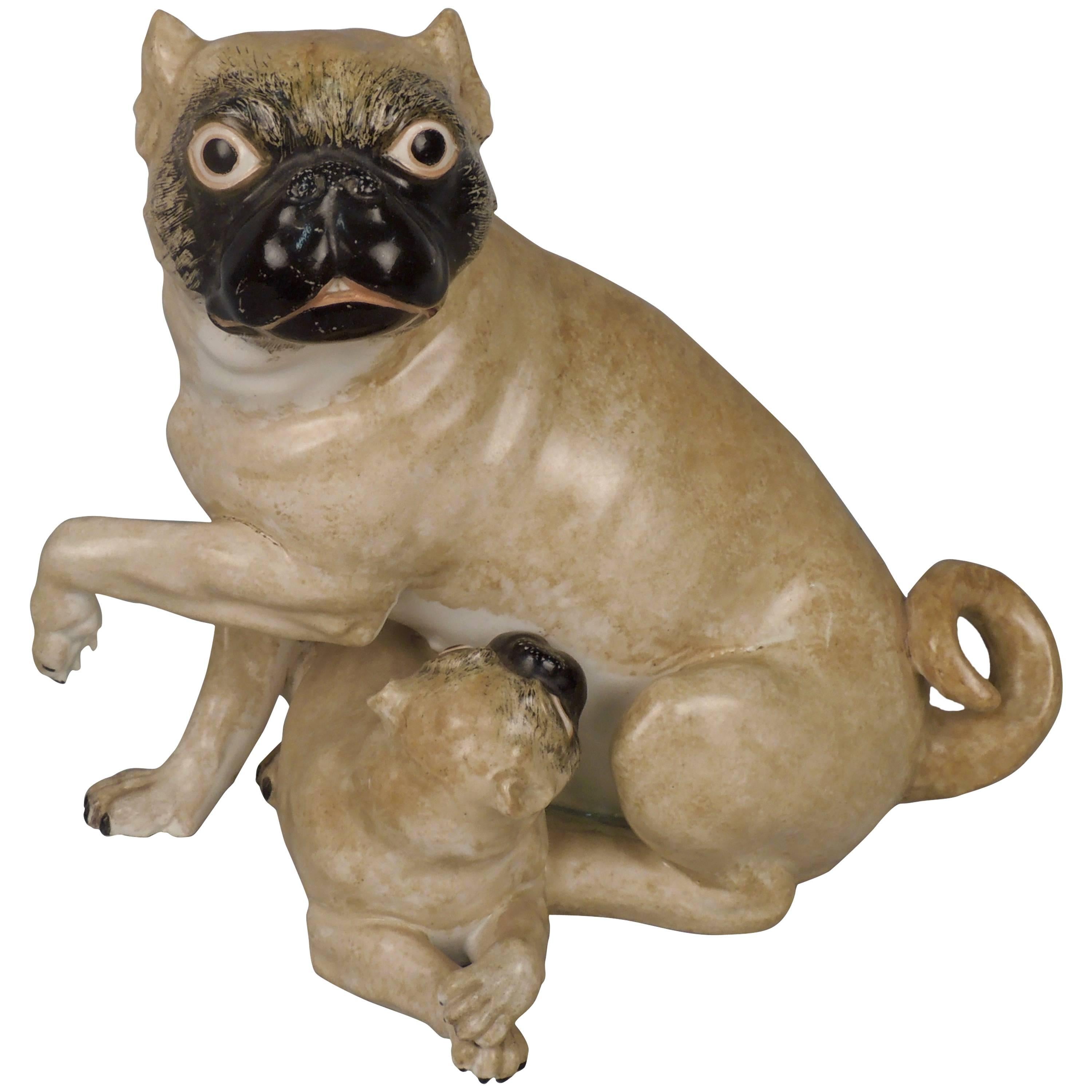 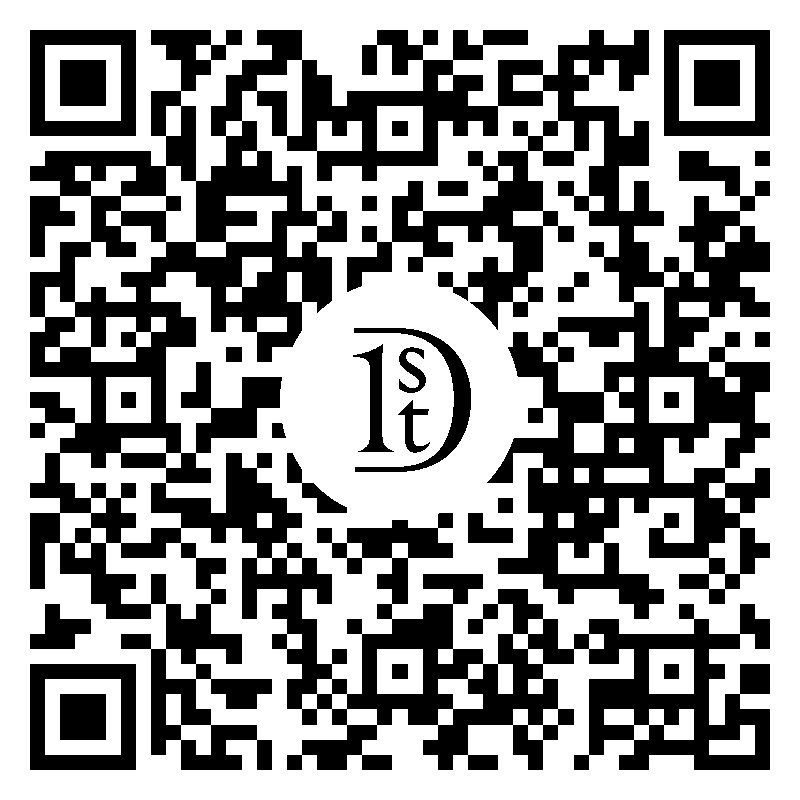 A fine antique Nymphenburg porcelain figurine. Modeled by Theodor Karner. In the form of a reclining dog peering inquisitively at the frog between its front paws. With a decorator's monogram & date on the top of the plinth - L.C.F. 15. Simply a wonderful figurine! Date: Early 20th century Overall condition: It is in overall good, as-pictured, used estate condition with no chips, cracks, or repairs. Condition details: There is a small tag on the dog's snout which is left over from the firing in the kiln and is slightly rough to the touch. Otherwise, there are some fine & light surface scratches and other signs of expected light wear consistent with age. Maker: Nymphenburg Marks: Marked to the base with an impressed Nymphenburg maker's mark / 250 / 11. Measurements: Height: ca. 3 5/8 in. Length: ca. 7 in. Width: ca. 3 1/8 in. Items purchased from this dealer must delight you. Purchases may be returned for any reason for a period of 7 days. 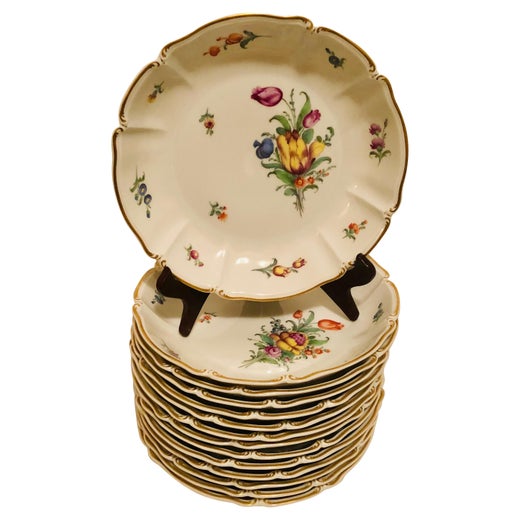 Nymphenburg — one of Europe’s most venerable porcelain factories — was founded near Munich in 1747 by Maximilian III Joseph, the elector of Bavaria. It didn’t begin producing under the name we know today, however, until 1761, when it was moved to Nymphenburg Palace.

Porcelain was invented in East Asia around 2,000 years ago, and its formula, which requires a special clay called kaolin, became a closely guarded secret. It wasn’t until the early 1700s that chemists at Meissen, Germany, in the employ of Augustus II the Strong, the elector of Saxony, discovered a process for making true, as opposed to soft-paste, porcelain. Soon factories across Europe were producing fine porcelain services and sculpture for an elite clientele.

Nymphenburg was one of these factories, manufacturing elaborate services for dinner, dessert, coffee and tea, and sculptures for the Bavarian nobility. Round objects, such as Nymphenburg plates and vases, were turned on potter’s wheels, while more complex ones, like figures, were slip cast in molds. This technique ensured that the pieces’ dimensions were precise and consistent. Once shaped, they were fired and, after that, hand-decorated by experienced china painters, who finished each to exacting standards.

Among Nymphenburg’s most famous objects are its lively and charming Rococo-style figurines, most often depicting Commedia dell'Arte characters or exotic Chinese figures. Today, the company makes versions of its historic figurines with updated forms and decorations by such designers as Christian Lacroix and Vivienne Westwood.

It also still makes one of its earliest, and eternally popular, china patterns: the floral Cumberland, created in 1765 by Franz Anton Bustelli as the electoral court service. Cumberland is one of more than 20,000 patterns housed today in Nymphenburg’s archive, enabling owners of incomplete sets to find replacements. In addition, the company has engaged contemporary designers such as Ted Muehling and Hella Jongerius to create witty new designs that celebrate the firm’s history while giving it a fresh spin.

About the Seller
5.0
Located in Philadelphia, PA
Platinum Seller
These expertly vetted sellers are 1stDibs' most experienced sellers and are rated highest by our customers.
Established in 1996
1stDibs seller since 2015
277 sales on 1stDibs
Typical response time: 1 hour

$3,950
Fine Vintage Samson Porcelain Bolognese or Bichon Dog Figurine
By J.J. Kaendler, Samson & Cie
Located in Philadelphia, PA
A fine Samson porcelain model of a Bolognese dog. Modeled after the figurines that Kaendler designed for Meissen in 18th century. A classic form that is always in style! The...
Category

$795
Large Dresden Porcelain Pug Dog Mother and Puppy Figurine or Model
By Dresden Porcelain
Located in Philadelphia, PA
A wonderful Dresden porcelain figurine of a mother pug and her puppy. The figurine is modeled after the 18th century Meissen figurine by Johannes Kaendler with the puppy nestled s...
Category

$2,447
Meissen Lovely Dog Figurine Terrier by Paul Walther made c. 1935
By Meissen Porcelain
Located in Vienna, AT
Meissen Lovely Figurine Of Dog: It Is A Type Of British Smooth Fox Terrier Sitting On White Oval Base / The Dog's Body Is Brownish Coloured, With Dark Markings. Model Invented...
Category