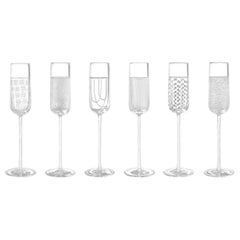 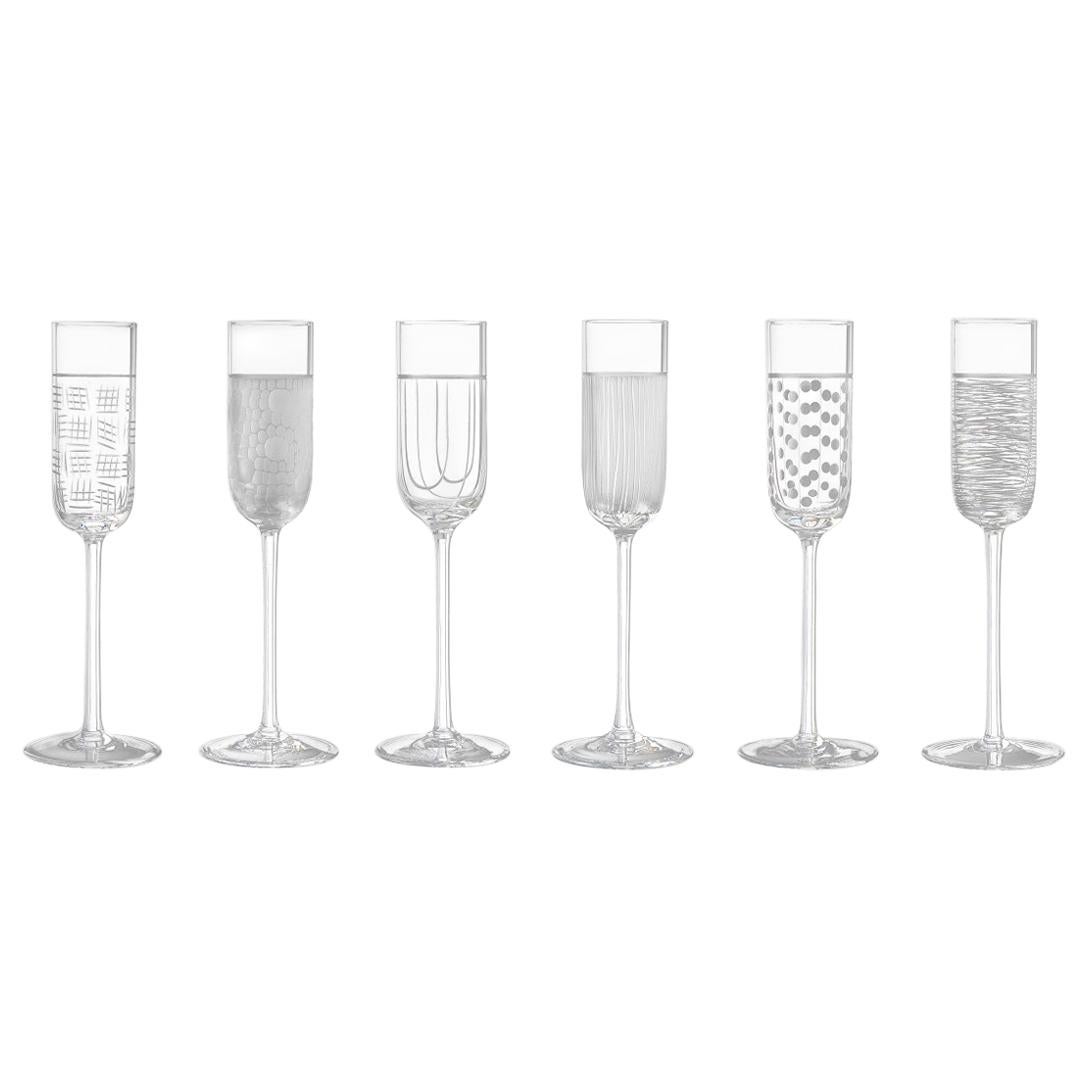 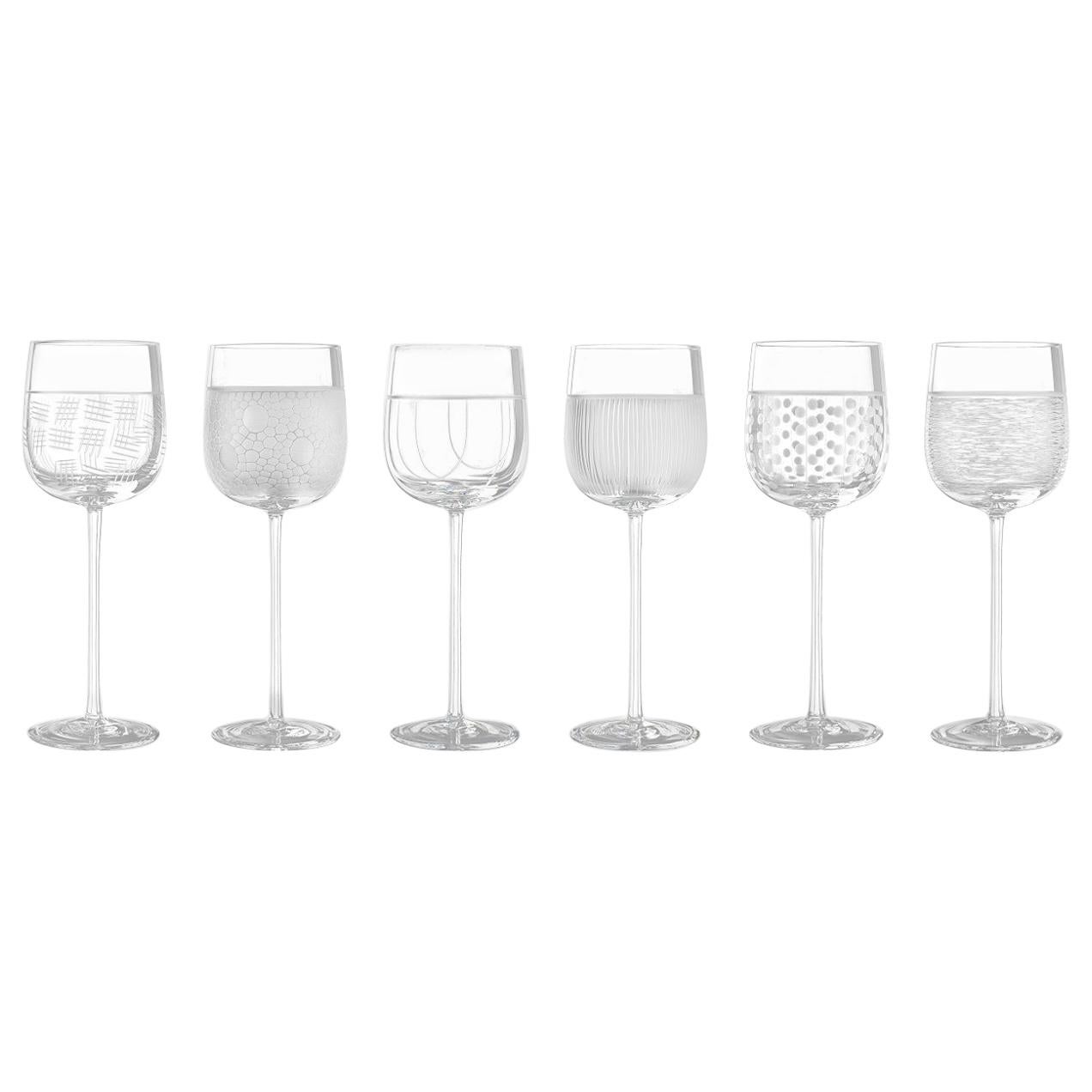 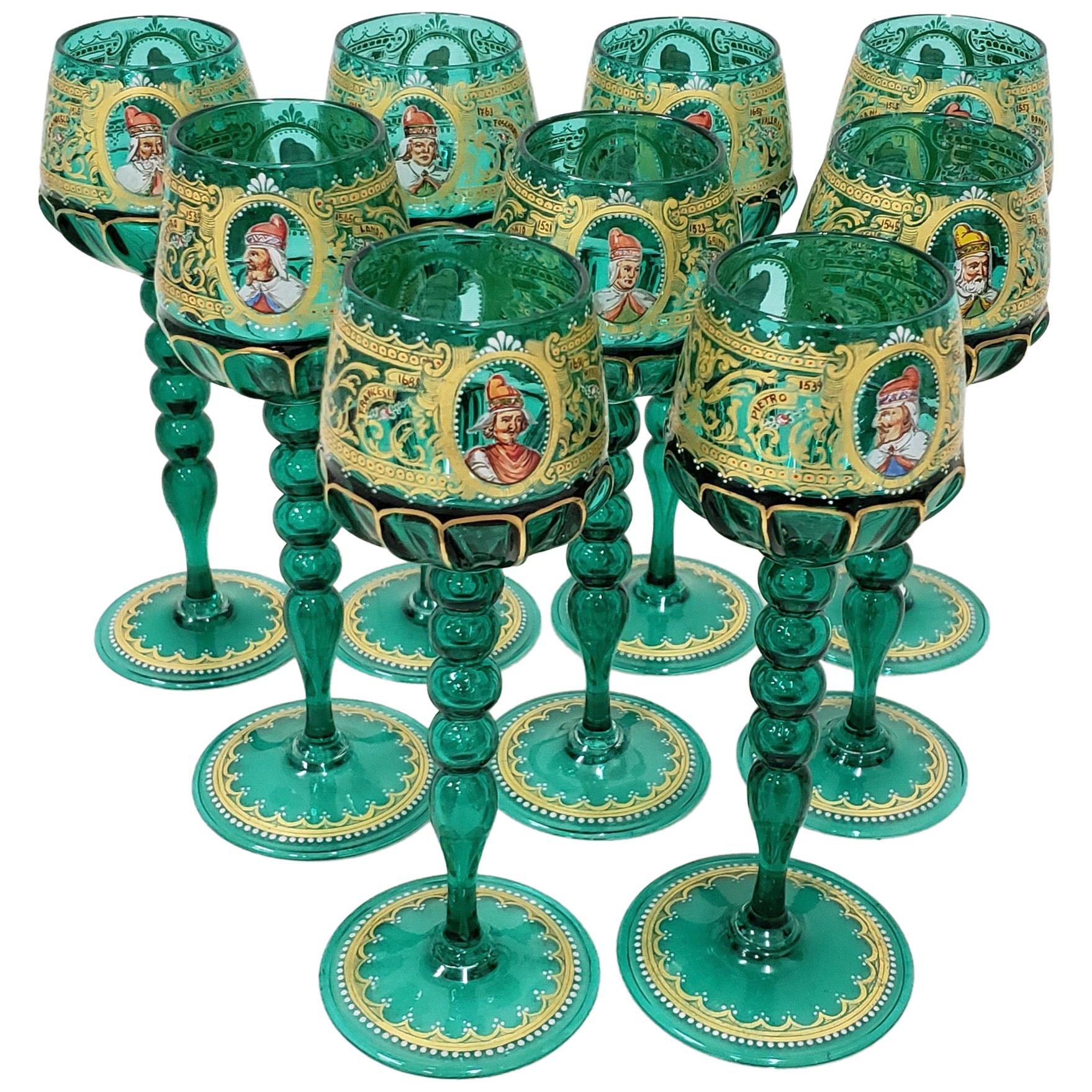 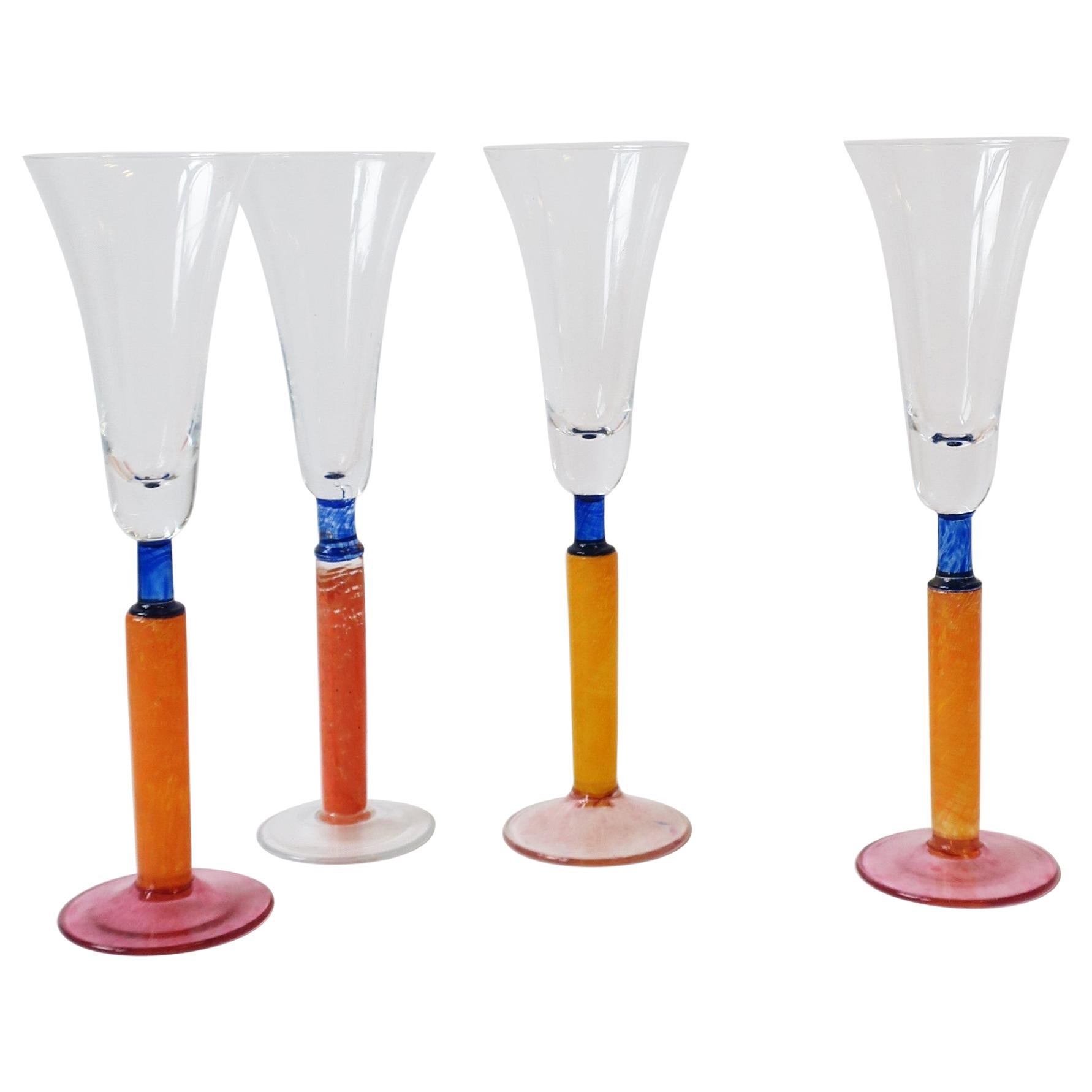 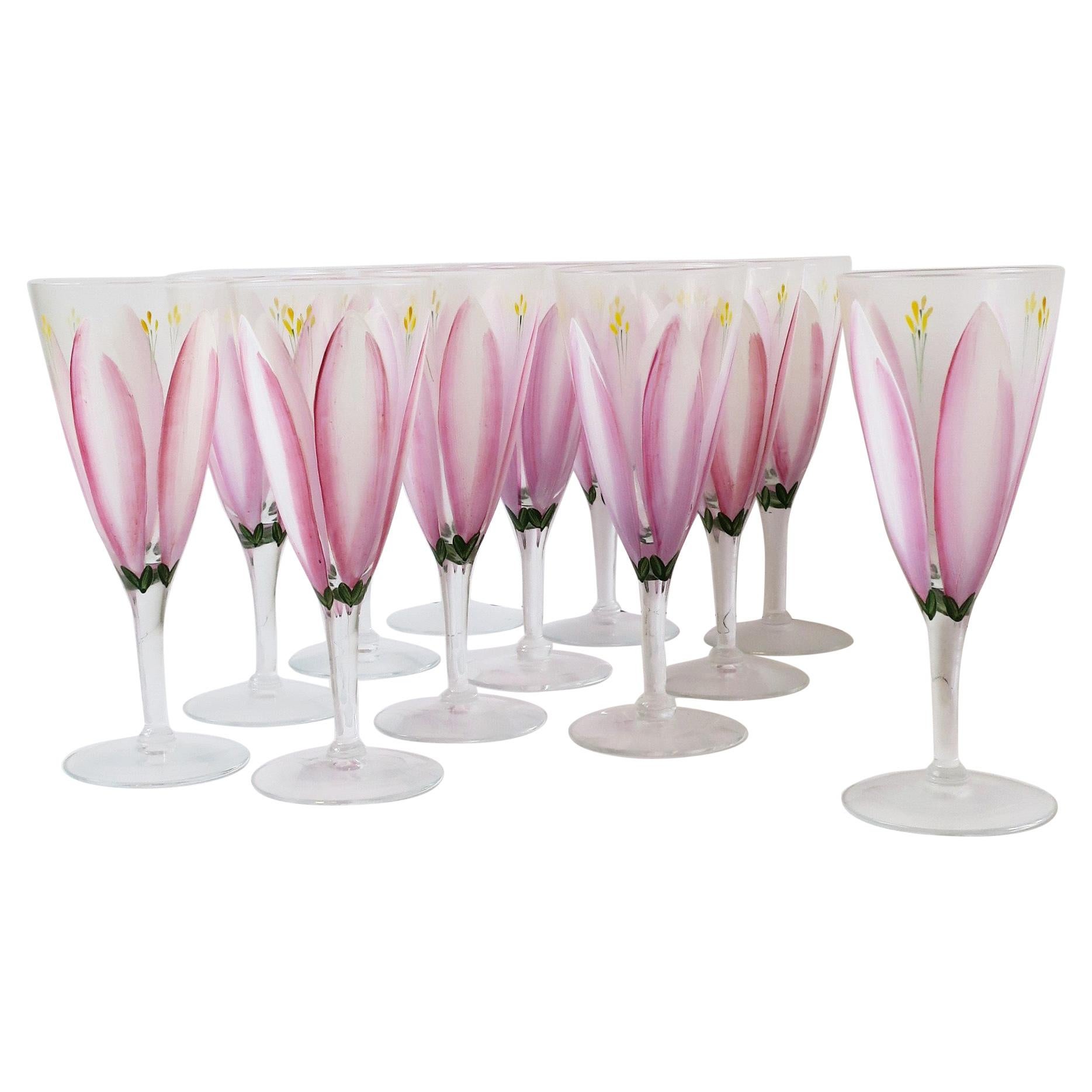 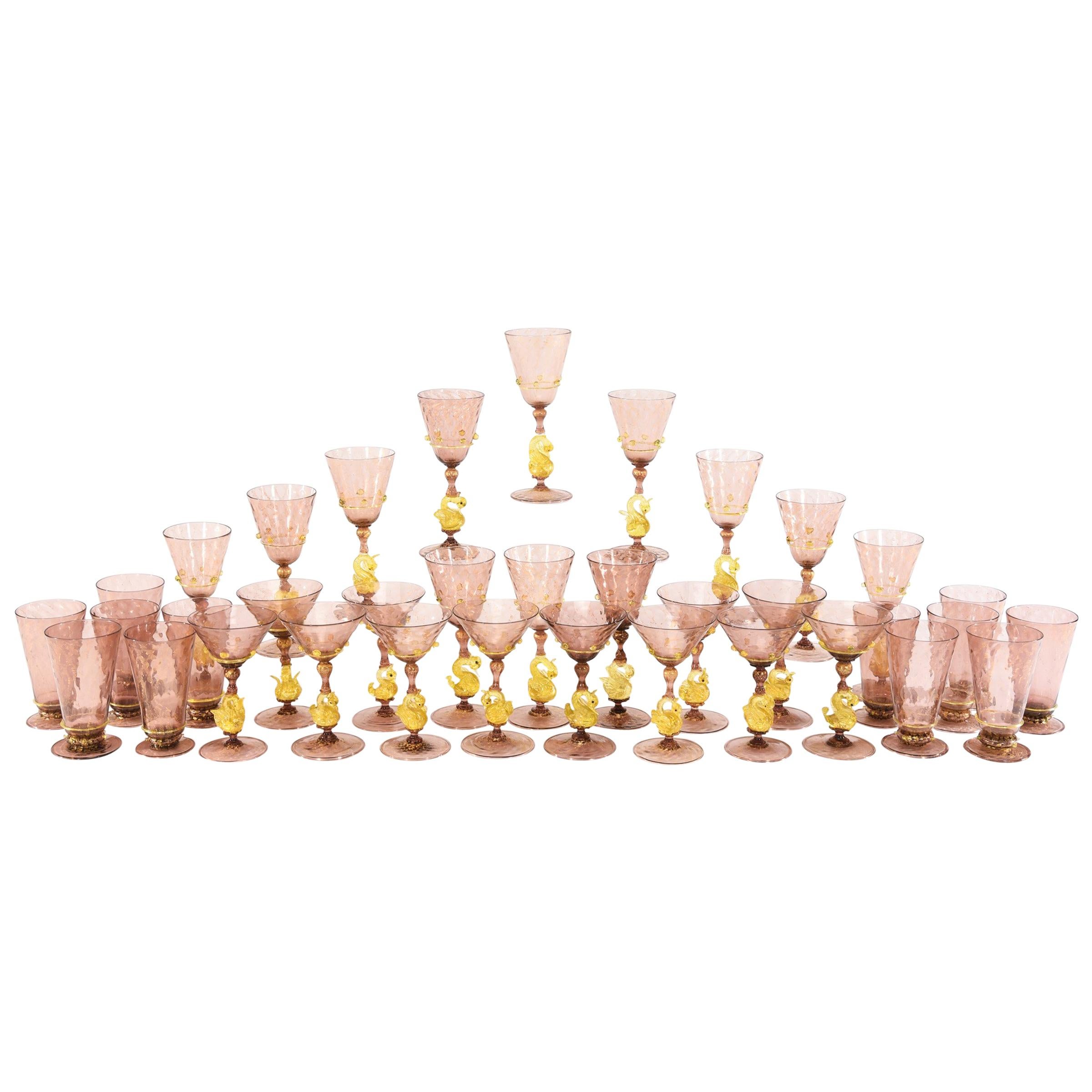 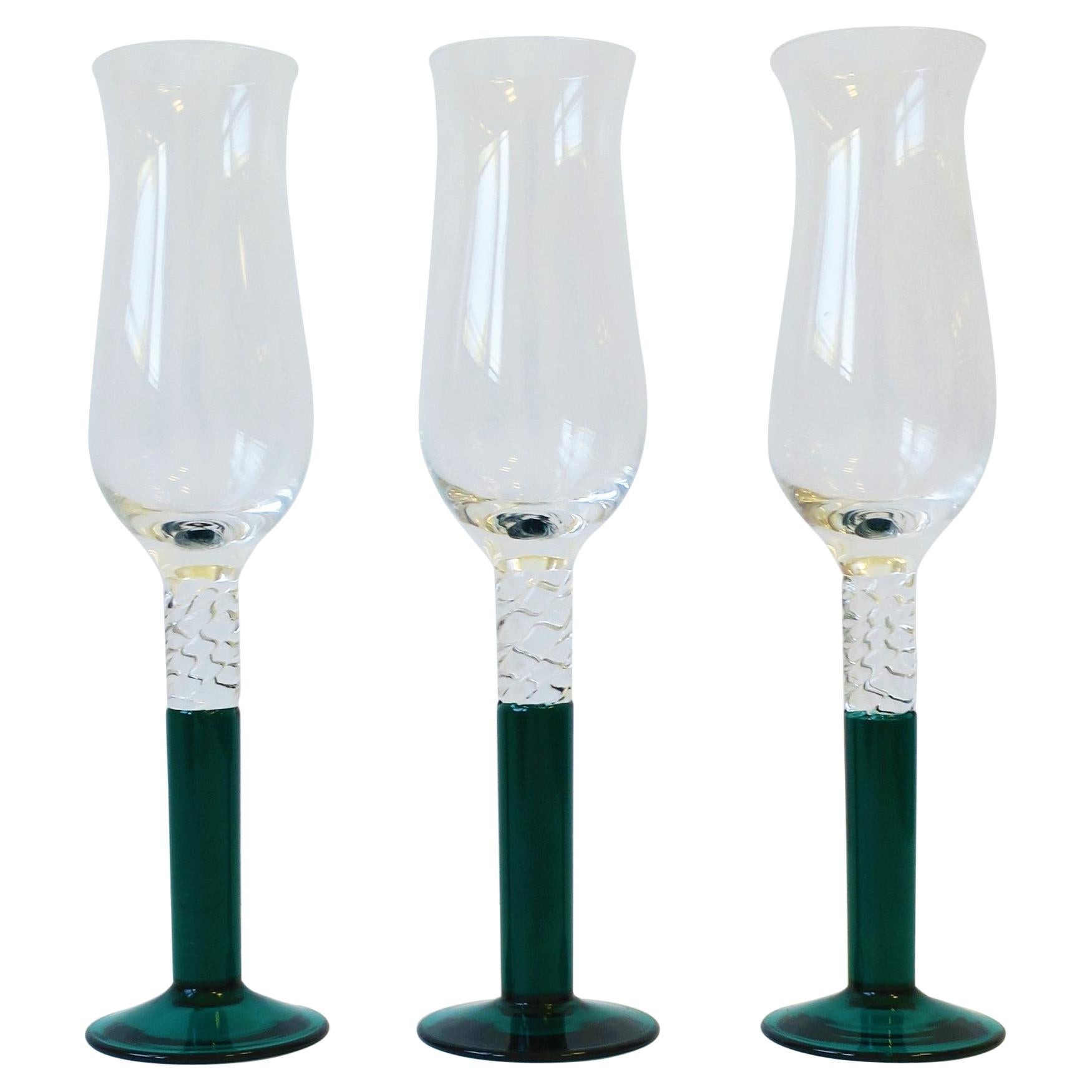 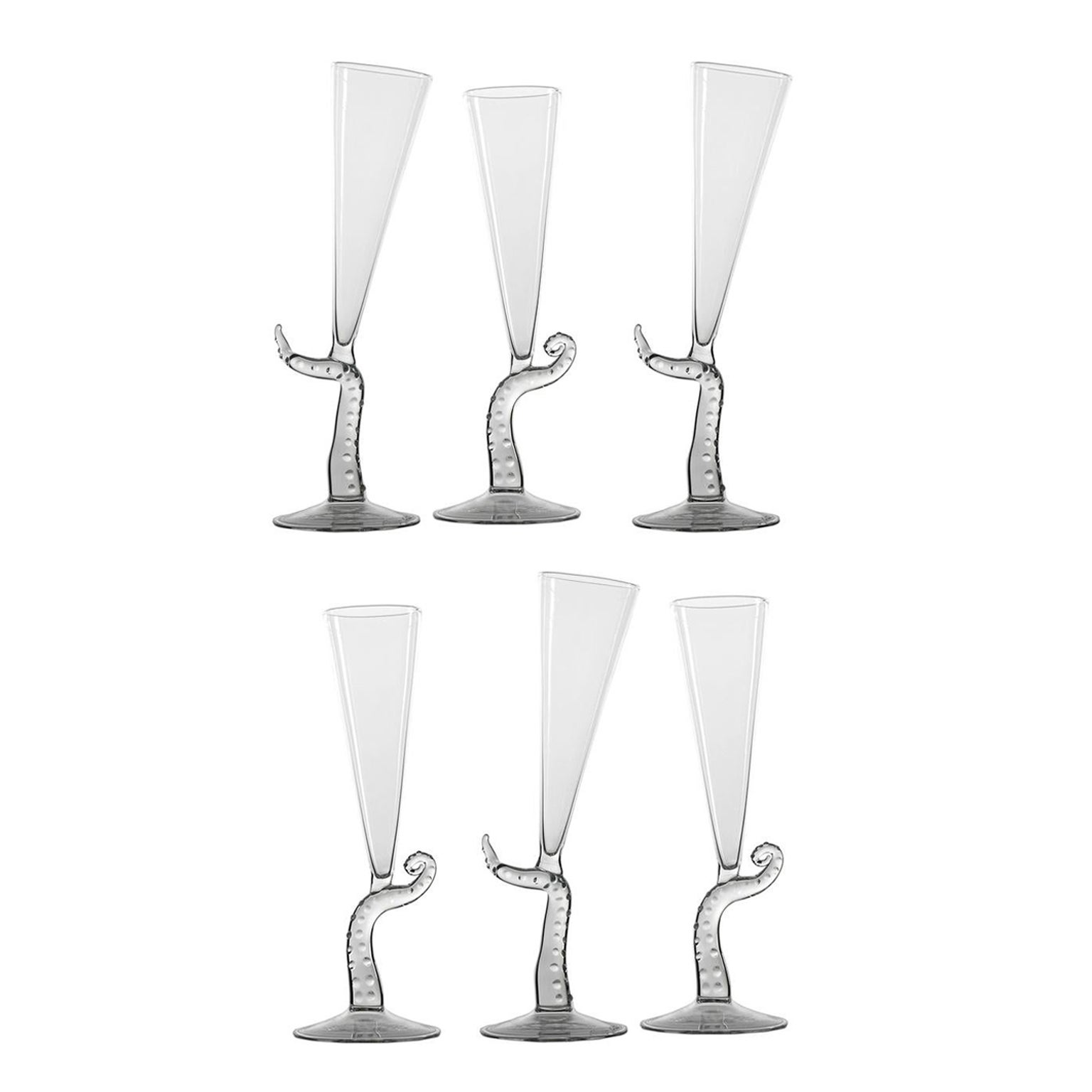 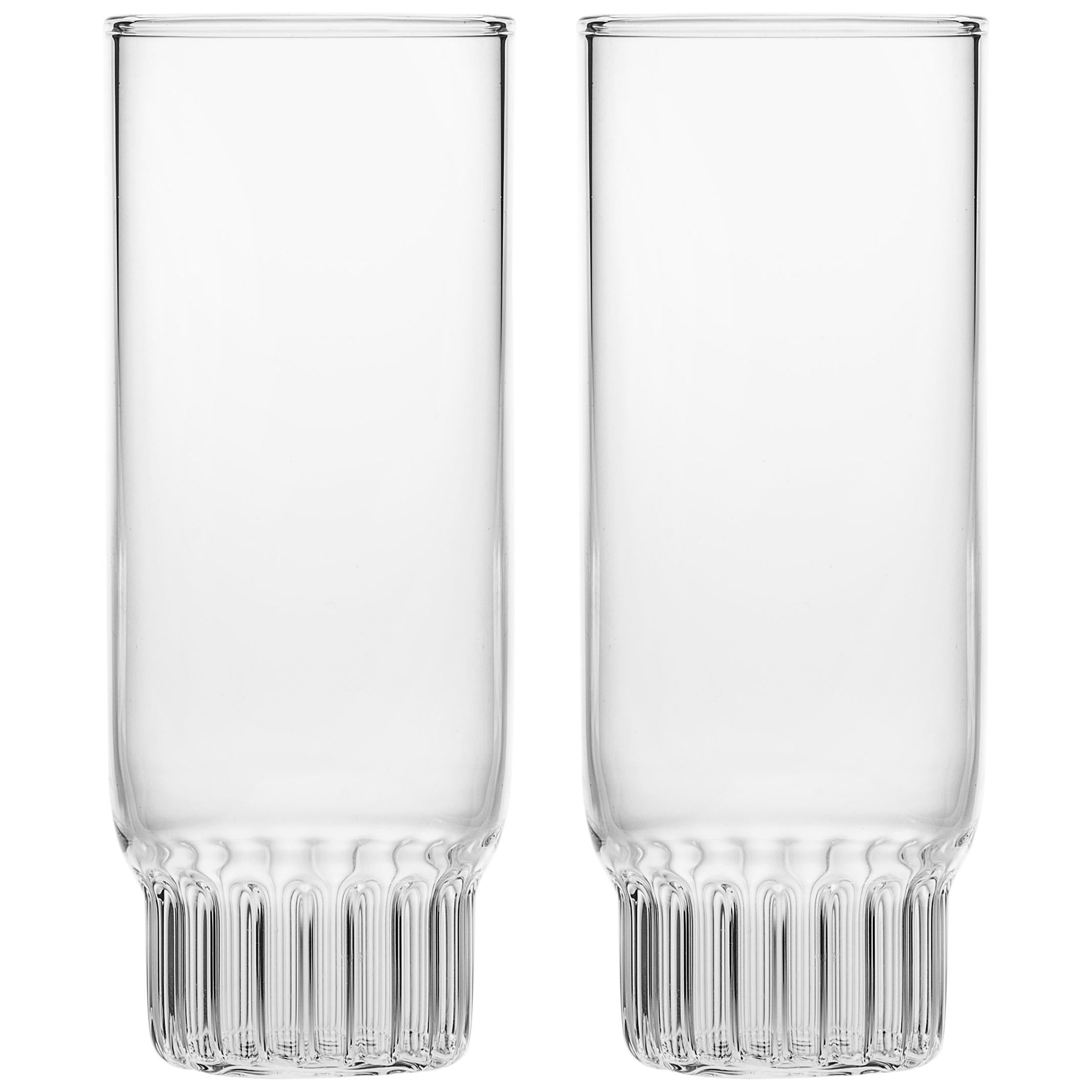 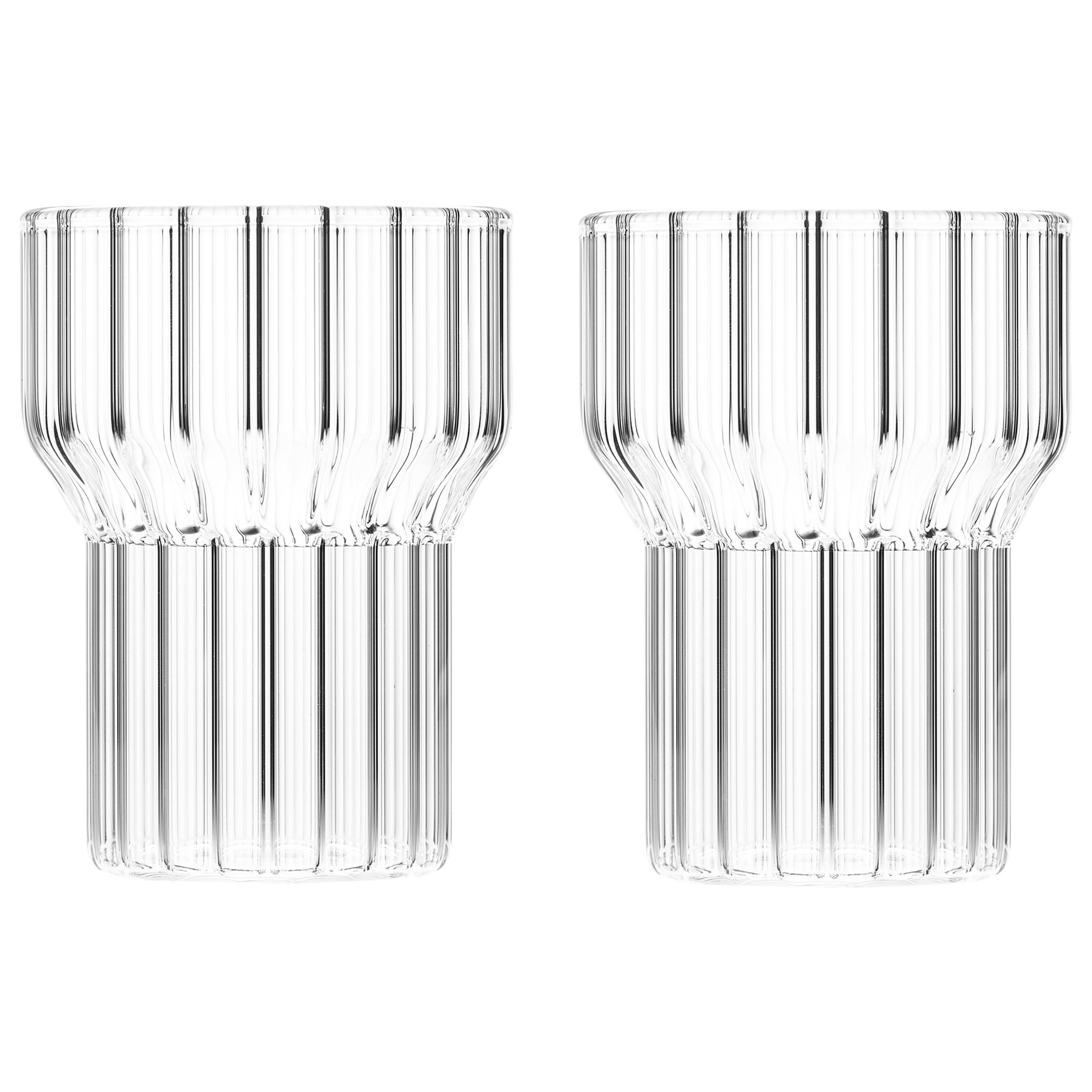 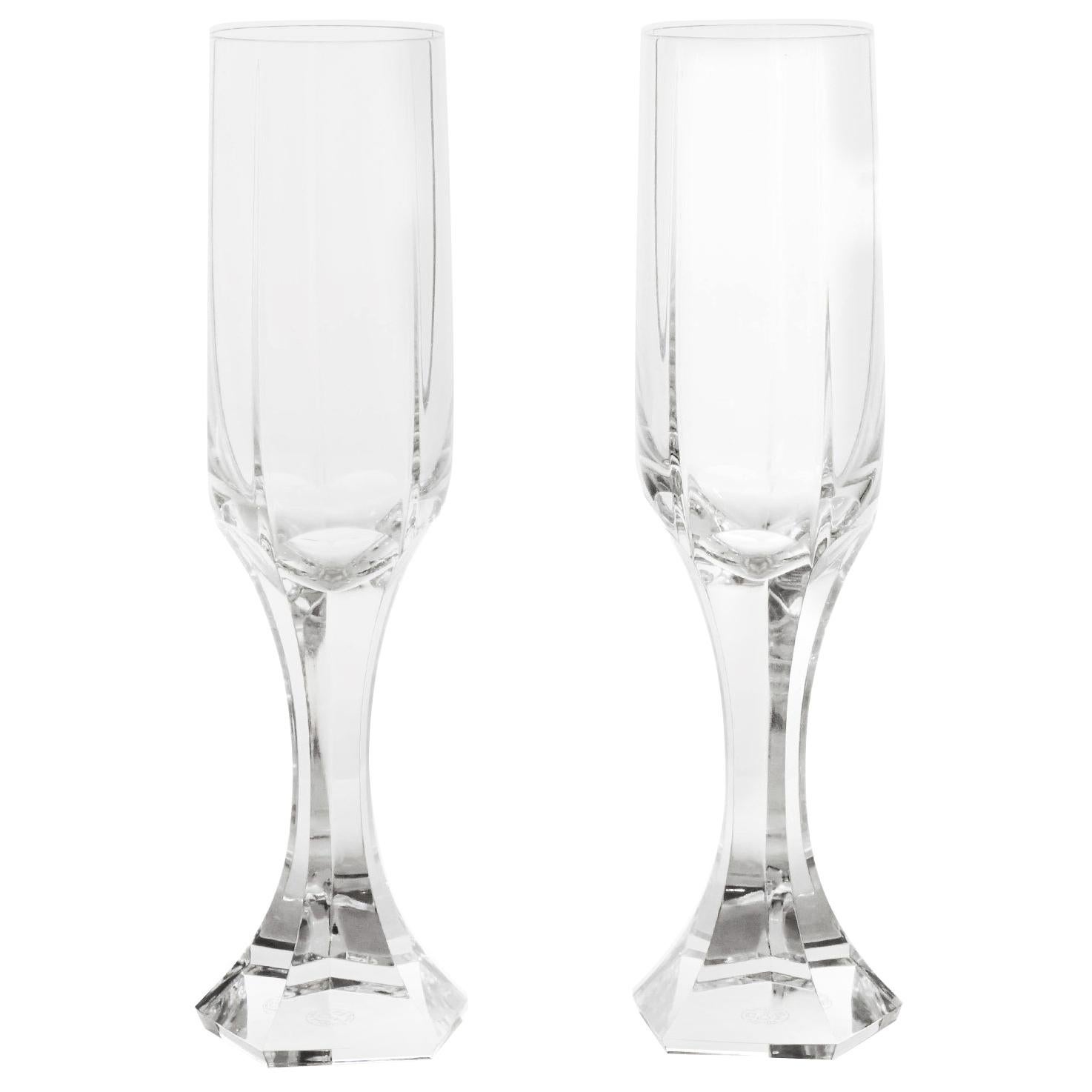 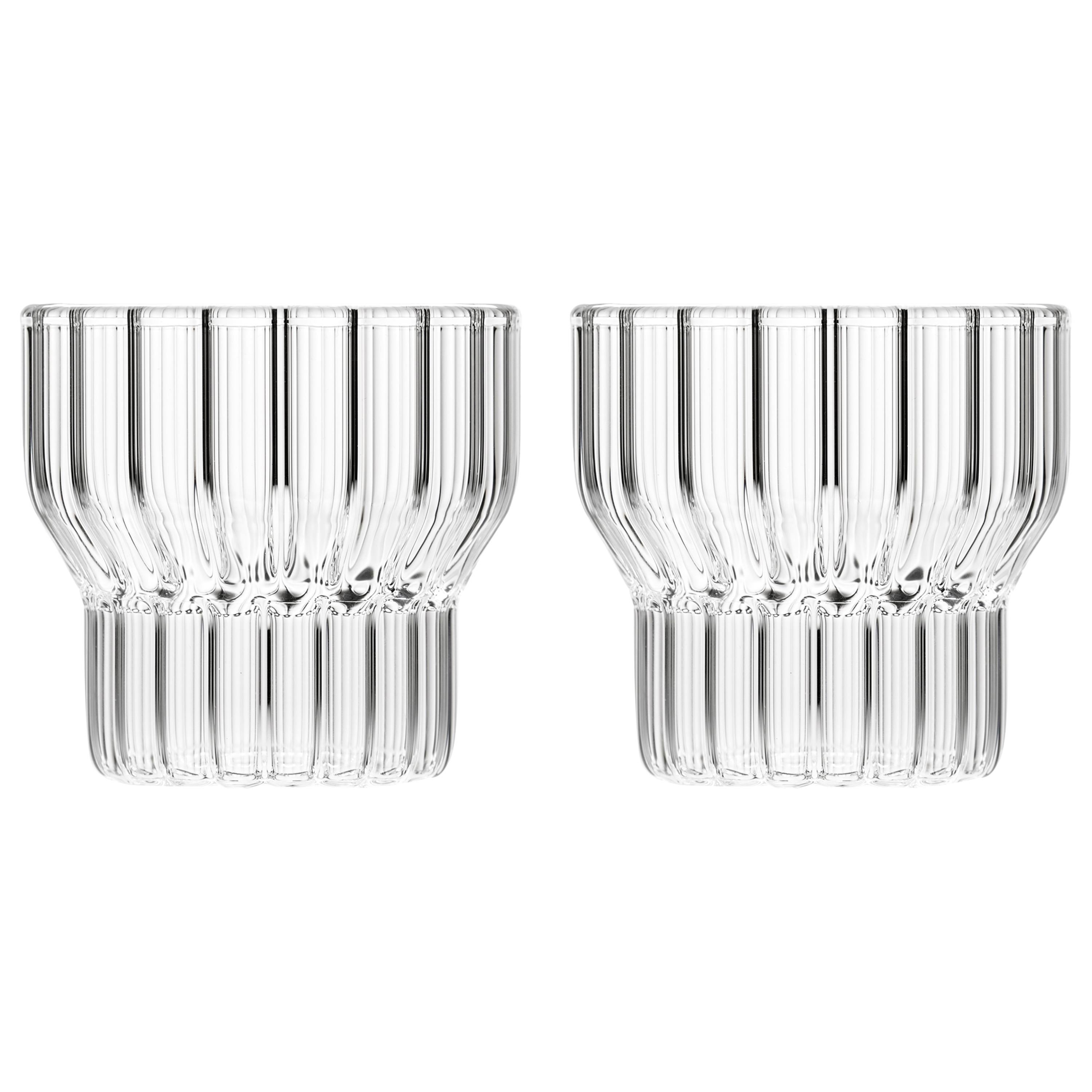 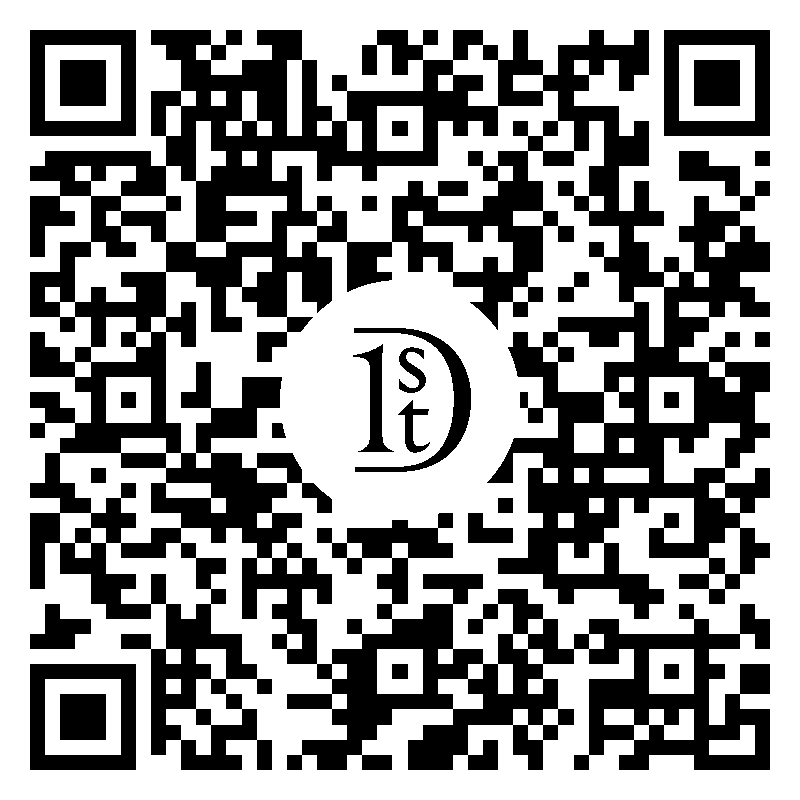 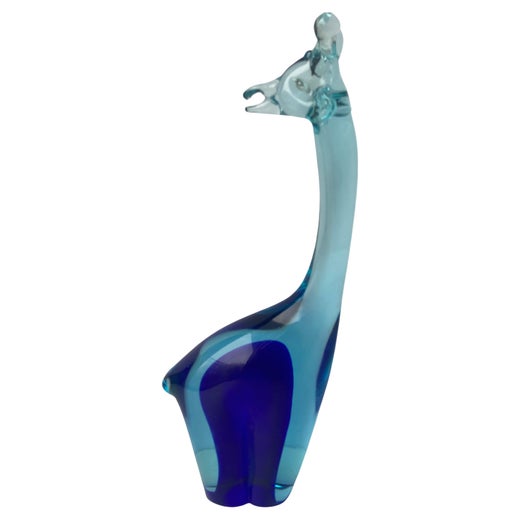 Not only did Salviati support the revival of Venice’s flagging Murano glass industry in the 19th century, but the company also became world-renowned for its innovative glassmaking techniques, revolutionizing the art of mosaics and glassware design.

The story of Salviati glass begins with Vicenza-born lawyer and entrepreneur Antonio Salviati. His love of Murano glass art and mosaics inspired him to establish his own mosaic and glass manufacturing firm, the Salviati Dott. Antonio fu Bartolomeo company, in Venice in 1859. Glassmakers in the region had been weathering a dismal political climate and growing competition in neighboring countries, and Salviati had initially hoped to revive Murano glassmaking in order to restore deteriorating mosaics in local cathedrals.

In 1864, Salviati exhibited a monumental glass mosaic at the “First Glassmakers’ Exhibition,” which won the gold medal. His award-winning mosaic solidified his company’s reputation as a first-rate glassmaker, which soon drew the attention of international investors, particularly investors from Great Britain.

In 1866, “Salviati and C.” opened in London with the support of historian William Drake and diplomat Sir Austen Henry Layard. Meanwhile, the Salviati company established its headquarters on the Rio dei Vetrai in Murano.

Throughout the late 1800s, Salviati and C. expanded its production to include household glassware and serveware and decorative objects such as cups, glasses, amphoras and vials. Salviati also received commissions to produce mosaics for St Paul’s Cathedral and the Houses of Parliament in London, the Paris Opera House and the Viceroy of Egypt’s Palace in Alexandria.

After Antonio Salviati died in 1890, his sons Giulio and Silvio took over the company. The Barovier family — a dynasty that stretches as far back as 1295 — bought the manufacturer in 1883, and a glass master named Maurizio Camerino, who had honed his skills at Salviati, was appointed to lead the company. Camerino’s children took the reins following the glass master’s death in 1931 and launched a successful lighting line of table lamps and chandeliers after World War II.

Throughout the 20th century, Salviati participated in several Venice Biennale exhibitions from 1958 to 1972. In 1962, the company was awarded the Compasso d’Oro prize for the Marco vase, designed by architect Sergio Asti.

Since its acquisition by the Umana group in 2015, Salviati has collaborated with numerous renowned designers such as Federico Peri, Davide Bruno, Renzo Stellon, Alberto Lago and Anna Gili. Salviati's pieces can be found in the collections of the Museum August Kestner in Hanover, Germany, the Museum of Modern Art and Corning Museum of Glass in New York, the Eretz Museum in Tel Aviv, Israel, and the Murano Glass Museum in Venice.

On 1stDibs, discover a range of antique, vintage and new Salviati glass that includes bowls, vases, lighting and more.

About the Seller
5.0
Located in Venezia, Italy
Vetted Seller
These experienced sellers undergo a comprehensive evaluation by our team of in-house experts.
1stDibs seller since 2019
39 sales on 1stDibs

$394 / set
Medium Battuti Vase in Murano Glass by Salviati
By Salviati
Located in Venezia, IT
Mouth-blown vases in cased glass, entirely hand-ground. Simple shapes to intensify the "battuto" treatment on all surfaces.
Category

$1,338 / item
Small Battuti Vase in Murano Glass by Salviati
By Salviati
Located in Venezia, IT
Mouth-blown vases in cased glass, entirely hand-ground. Simple shapes to intensify the "battuto" treatment on all surfaces.
Category

$967 / item
Large Battuti Vase in Murano Glass by Salviati
By Salviati
Located in Venezia, IT
Mouth-blown vases in cased glass, entirely hand-ground. Simple shapes to intensify the "battuto" treatment on all surfaces.
Category

From $1,817 / item
Abisso Bowl in Hand Blown Murano Glass by Salviati
By Salviati
Located in Venezia, IT
A distinct gradient and contrasting glass applications for a colorful, entirely hand-finished vase.
Category

$472 Sale Price / set
30% Off
Venetian Salviati Set of 36 Pcs Stemware Service Amethyst w/ Gold Leaf & Swans
By Salviati
Located in Great Barrington, MA
This is a complete hand blown Venetian stemware service made by Salviati, circa 1920s. The 36 piece set consists of 12 each of water goblets, wine goblets and champagne coupes, each ...
Category

$210 / set
12 Baccarat "Mercure" Fluted Champagne Glasses
By Baccarat
Located in Litchfield, CT
By Baccarat, France, circa 1980s. Modern meets Classic in these elegant champagne glasses. Set of 12 plus a spare. The look is perfect for a modern décor or to spot a Classic table. ...
Category