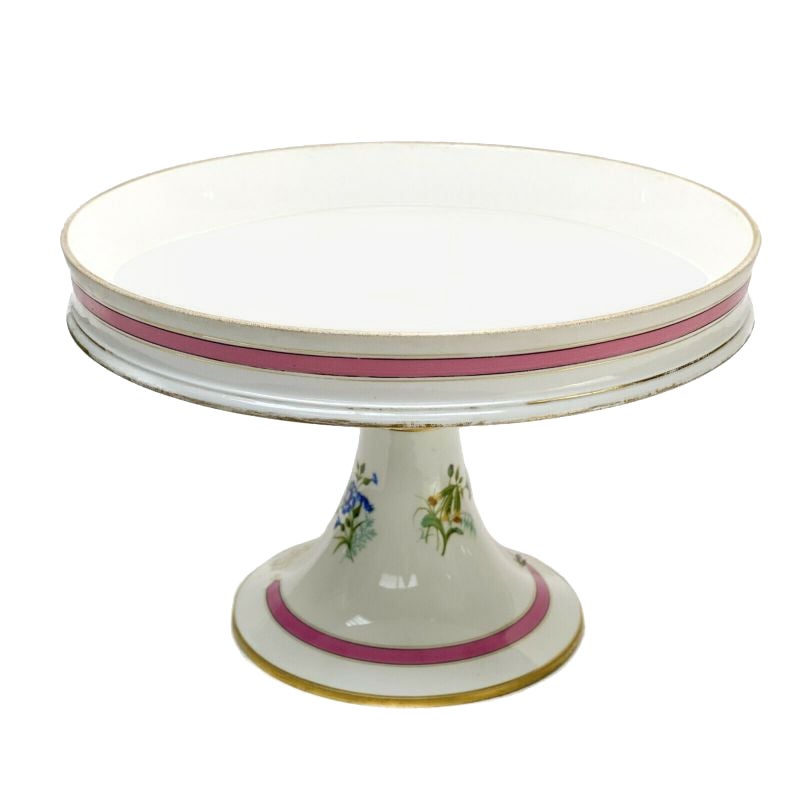 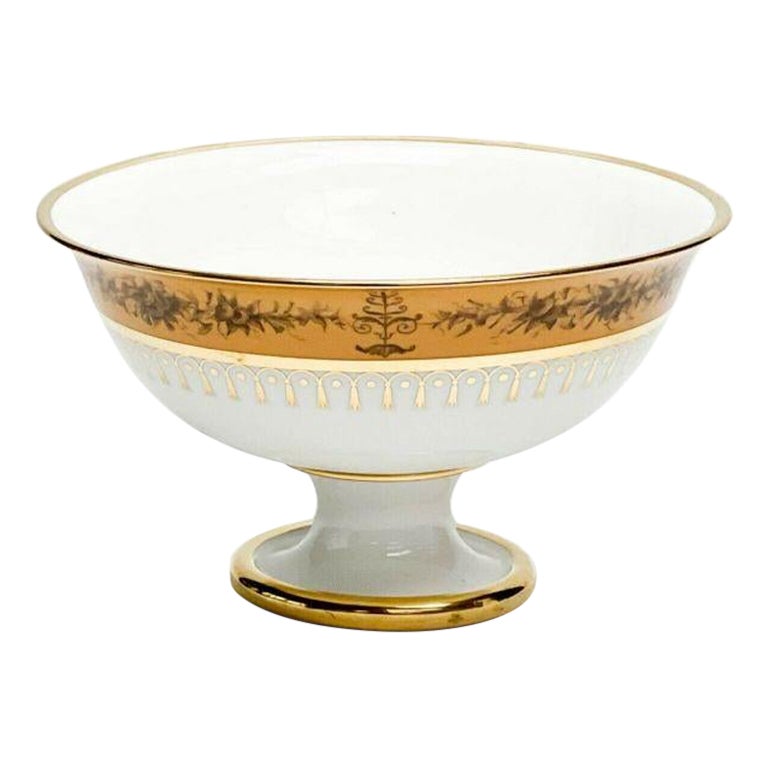 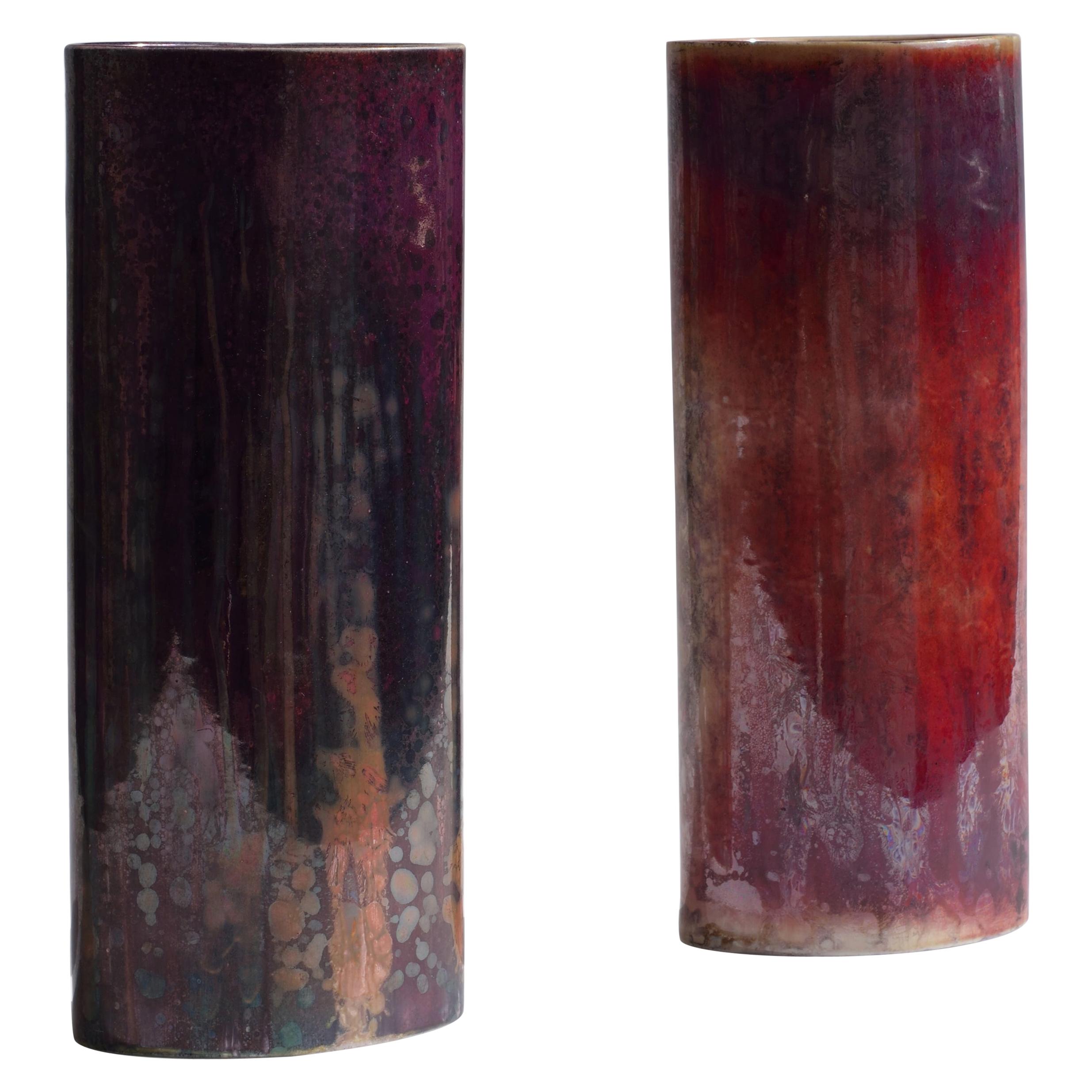 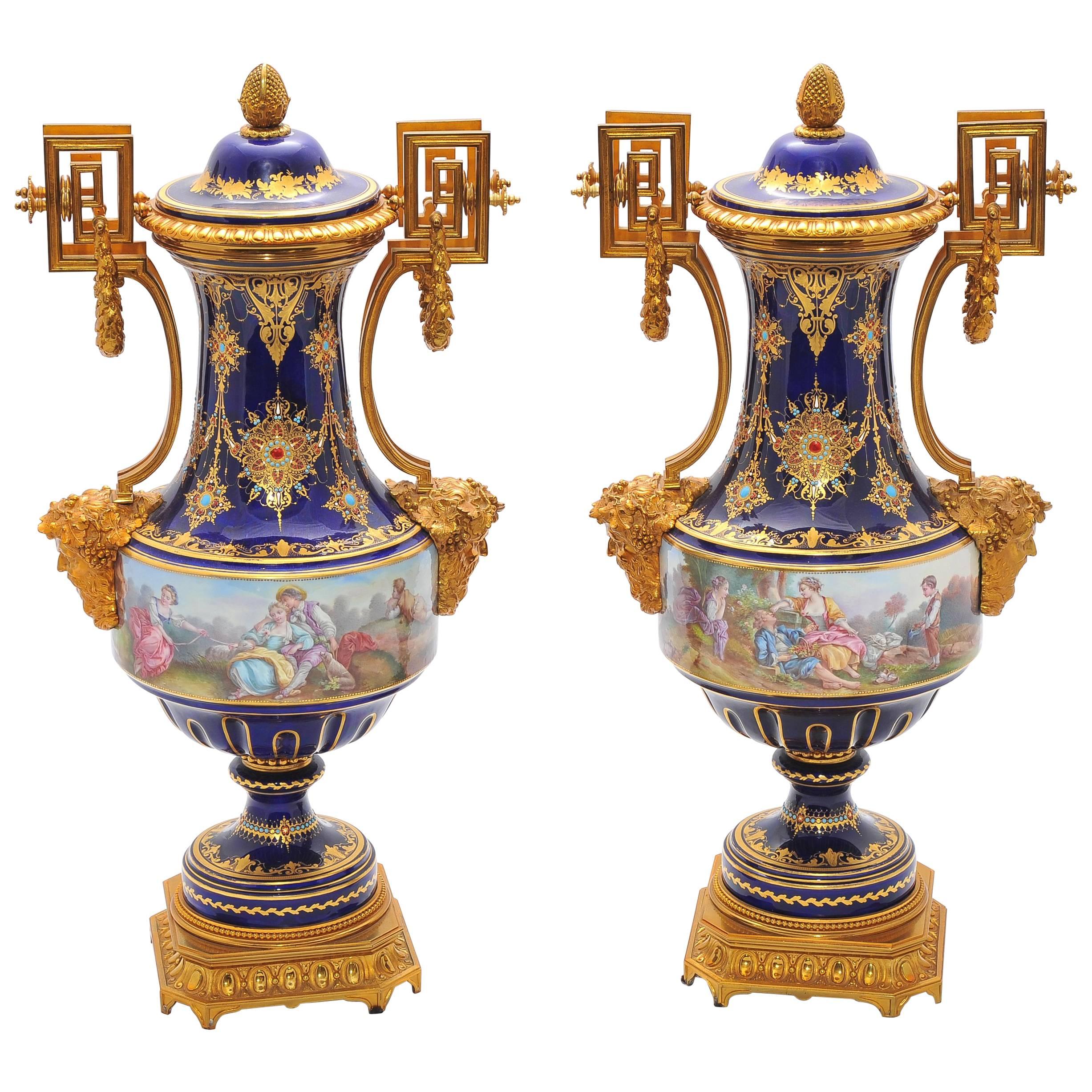 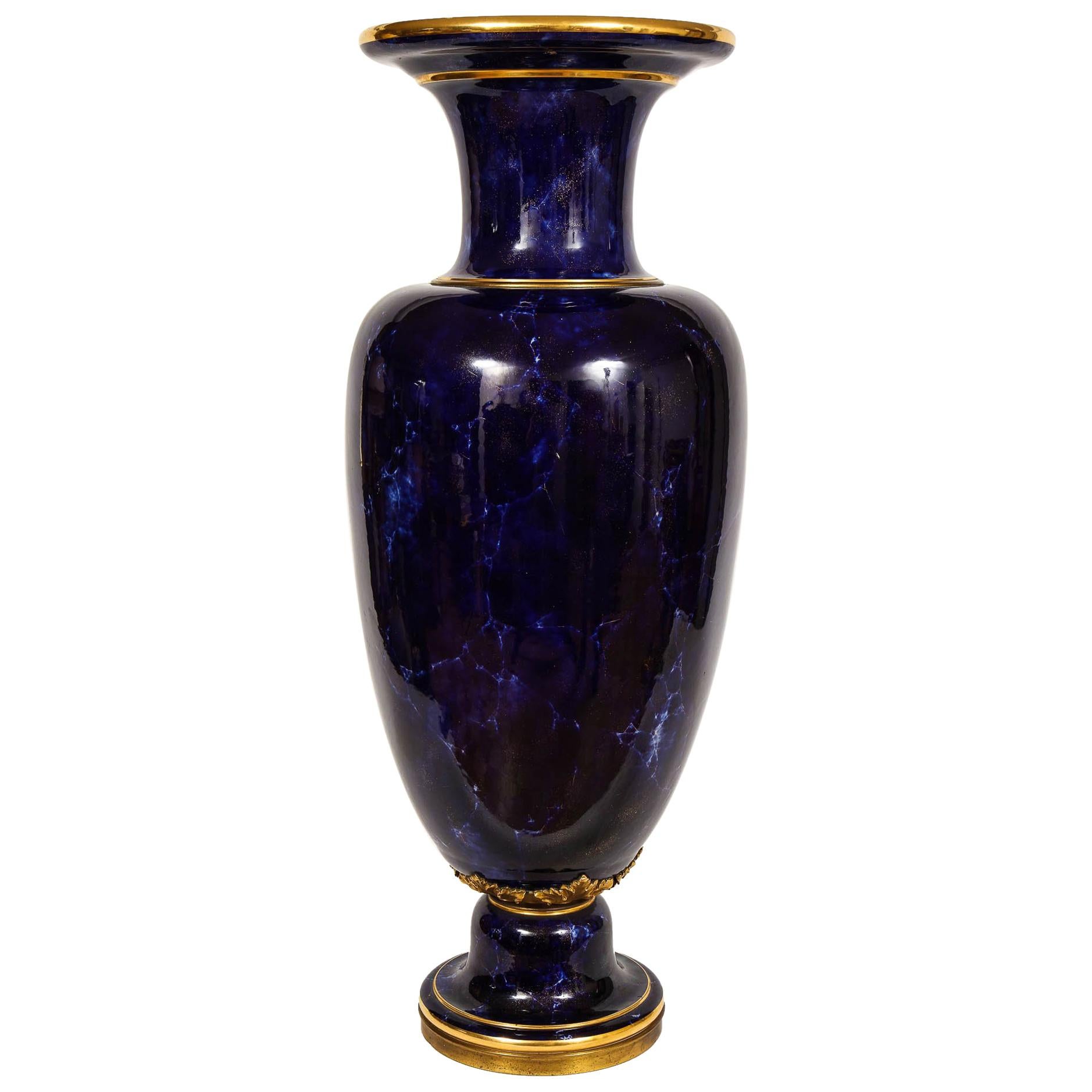 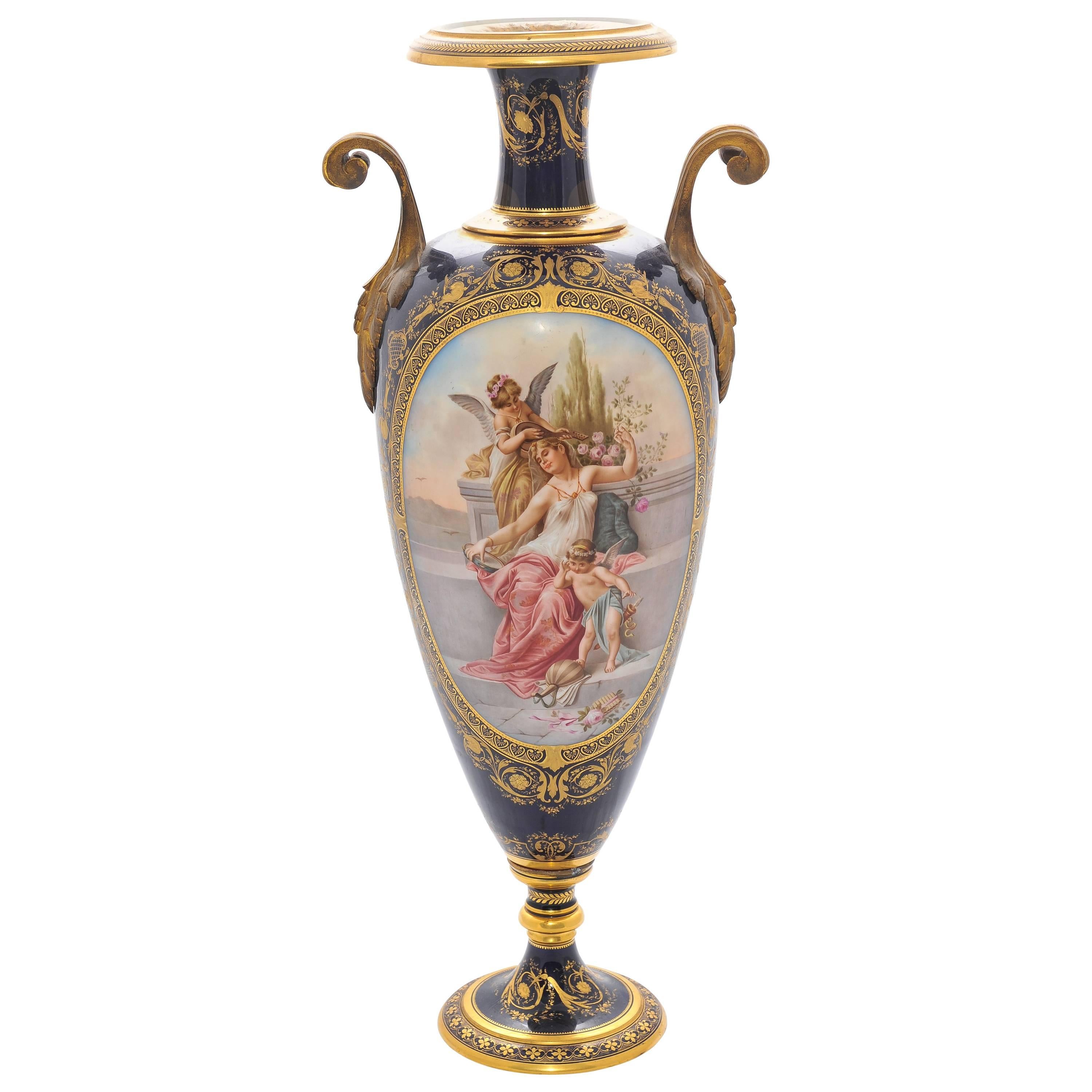 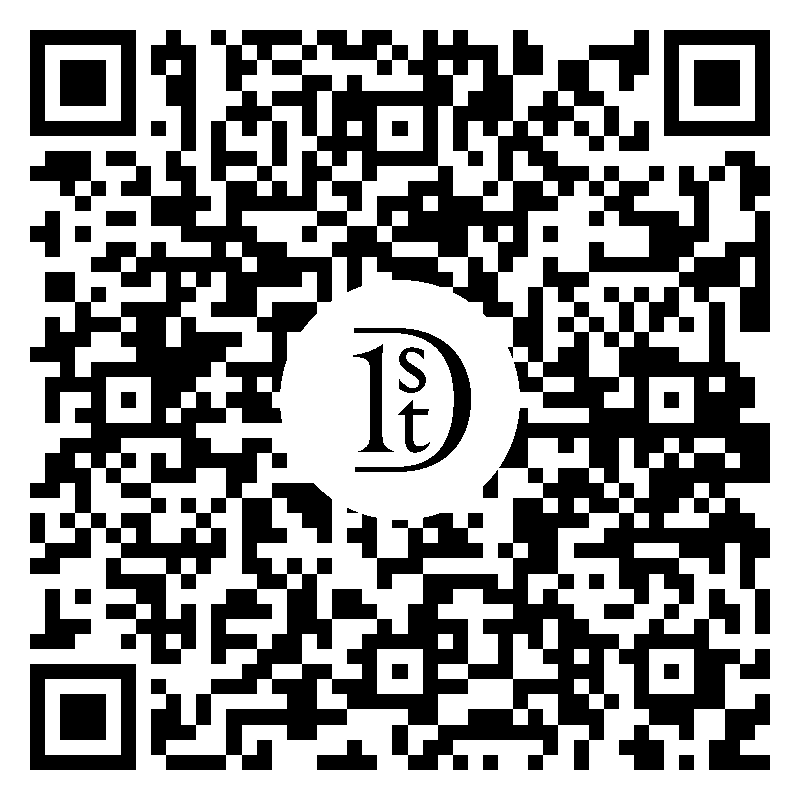 A rare and impressive Art Deco vase by Manufacture Nationale de Sèvres, known as the ‘Vase Anne-Marie Fontaine No. 2’, of white ground with stylized scene of polo players, the base with correct Sèvres marks for 1933. Signed 'Anne-Marie Fontaine' and marked 'B.R d’up Me A. Jouclard Proj. No 9737'. 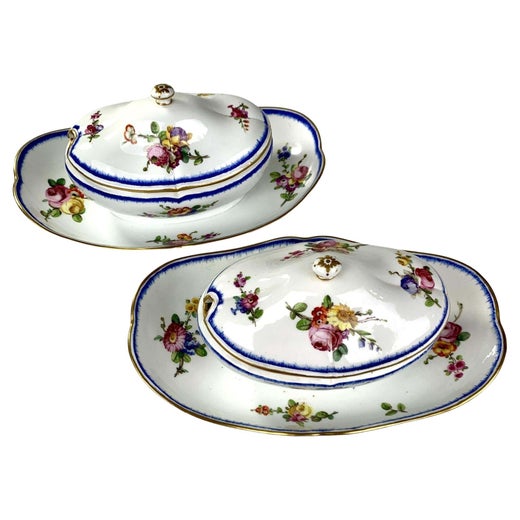 A maker of exemplary European ceramics for hundreds of years, Manufacture Nationale de Sèvres has produced porcelain of the highest quality since 1740.

The factory enjoyed royal patronage from its earliest days, and its most prominent patrons in the late 1700s — King Louis XV of France and his mistress, Madame de Pompadour — commissioned some of the period’s most elegant and striking pieces (only the truly wealthy could afford porcelain at this time). The company was originally established in Vincennes but was moved at the request of Madame de Pompadour, in 1756, to Sèvres, near Versailles, so that its operations would be closer to her château.

Sèvres became a mighty and much-revered factory working under a special grant from King Louis XV — the company’s owner as of 1759 and whose abundance of orders for special state gifts put financial strain on the company. Madame de Pompadour is said to have commissioned Sèvres to create an entire indoor garden of porcelain botanicals, for example.

While Sèvres gained a sterling reputation for its soft-paste porcelain wares, the company was late in entering into the production of hard-paste porcelain.

Hard-paste porcelain is the most common type of Chinese porcelain, then a widely exported and profitable product that was not made in Europe until the 18th century. The resources at Sèvres were largely relegated to meeting the demands of Louis XV, and secondly, it did not acquire the secret formula for hard-paste porcelain until 1761. Until it obtained the coveted secrets behind hard-paste porcelain from a chemist named Pierre-Antoine Hannong — and, years later, gained access to the elusive raw materials to make hard-paste porcelain — Sèvres produced soft-paste porcelain for decades that was widely celebrated but is comparatively a far weaker type as opposed to the hard-paste productions of the company’s rival, Meissen, in Saxony, the first to produce true porcelain outside of Asia.

The artisans at Sèvres applied the rarest and most difficult-to-produce colors to their decorative objects and dinner services. One such color, the bright bleu de roi, became the manufacturer’s signature shade and is found on many of their objects. Sèvres also experimented with rarely glazed or unglazed works that bore no decoration at all — bisque porcelain, French for “biscuit,” refers to unadorned white porcelain sculptures made at Sèvres that resemble white marble after being kiln-fired.

Sèvres marks were applied over the glaze or rendered with cuts by a sharp tool — authentic Sèvres porcelain is most commonly marked with two interlaced Ls that are painted in blue and enclose a third letter. Painters and potters were tasked with affixing marks to record their role in the creation of a particular piece, and as a lot of these artisans’ names are recorded in archival factory materials — and there is also much to be learned at the Sèvres museum — it’s likely that you can accurately identify your Sèvres piece.

About the Seller
5.0
Located in London, United Kingdom
Vetted Seller
These experienced sellers undergo a comprehensive evaluation by our team of in-house experts.
Established in 1998
1stDibs seller since 2009
32 sales on 1stDibs
Typical response time: 16 hours
Associations
20th Century Specialists
More From This SellerView All
You May Also Like