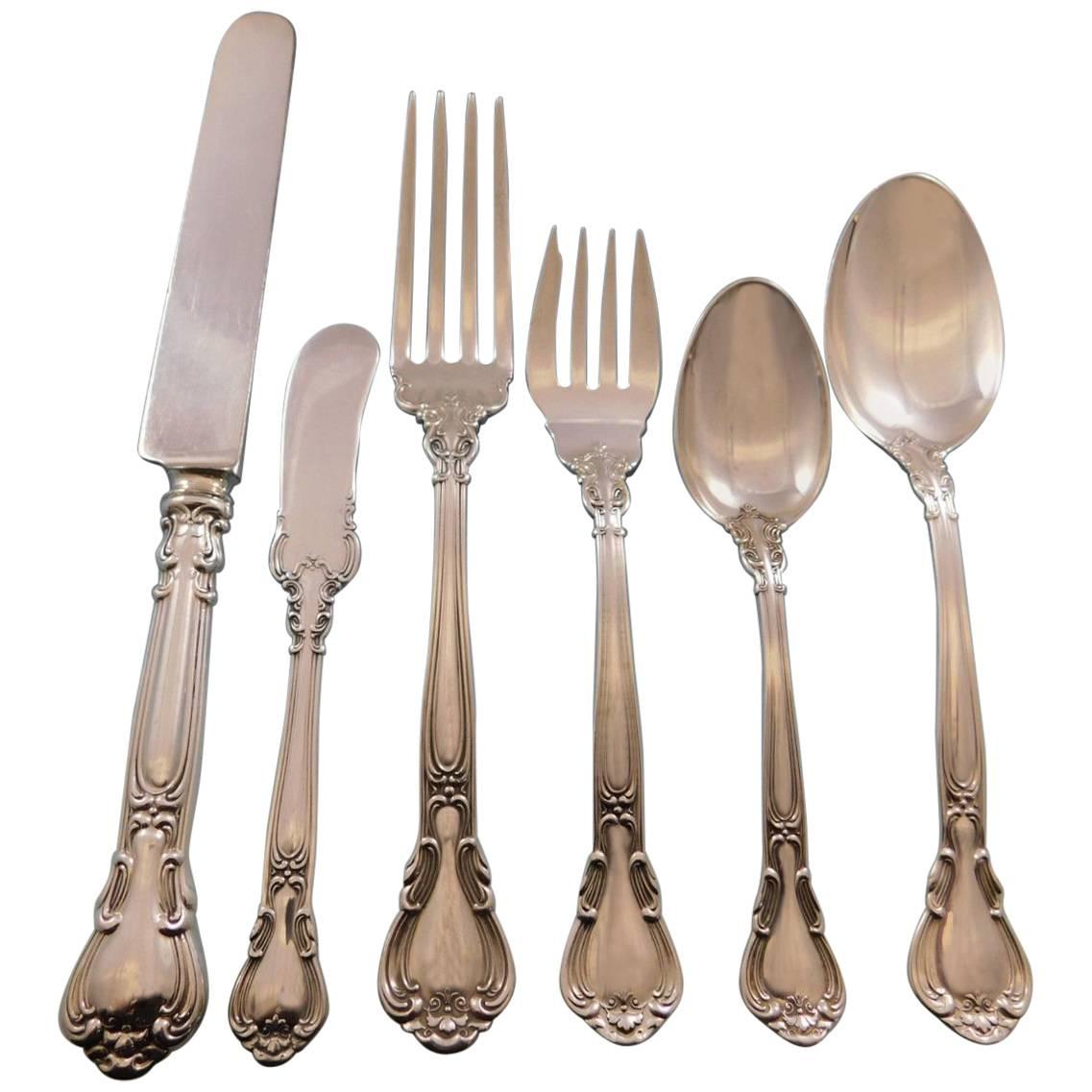 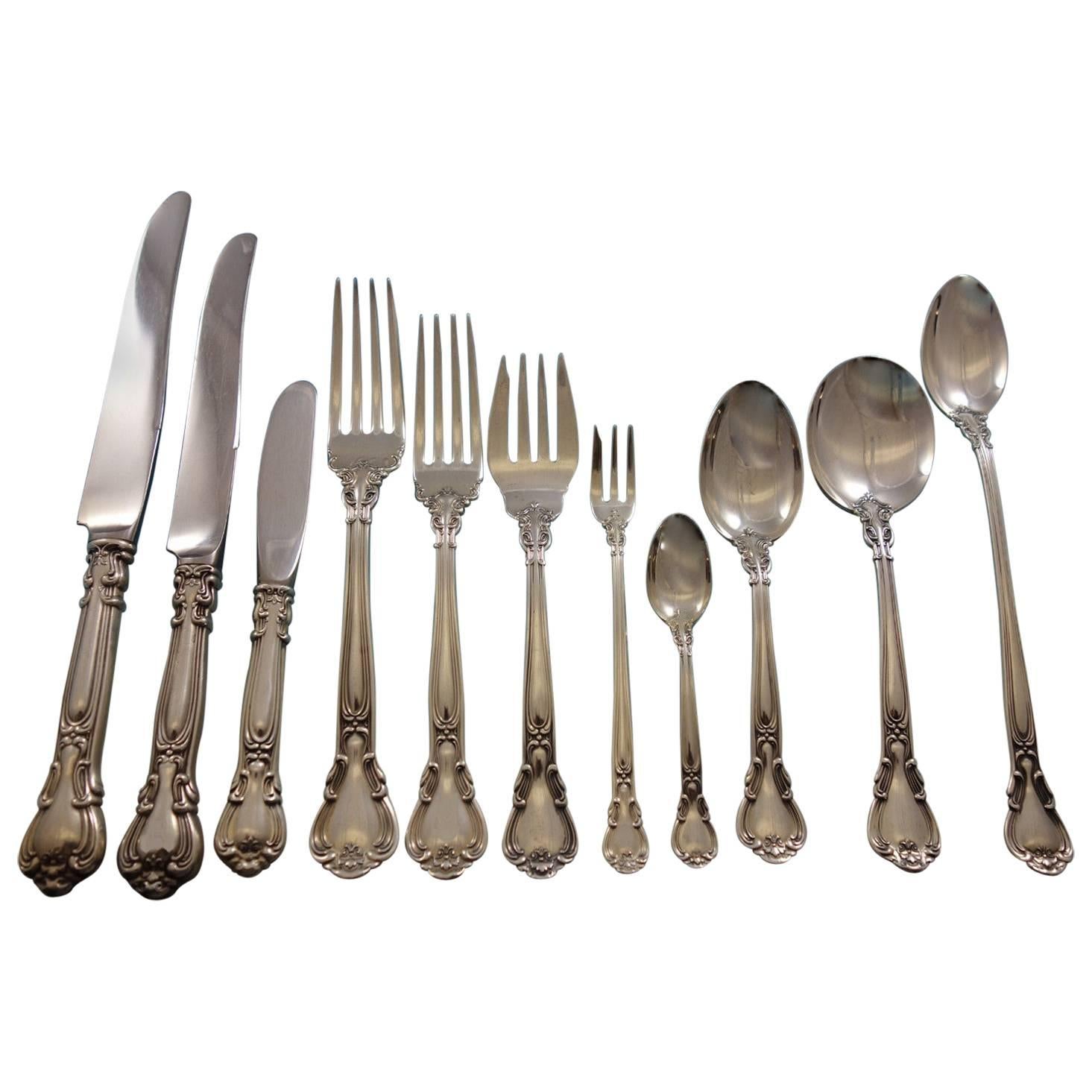 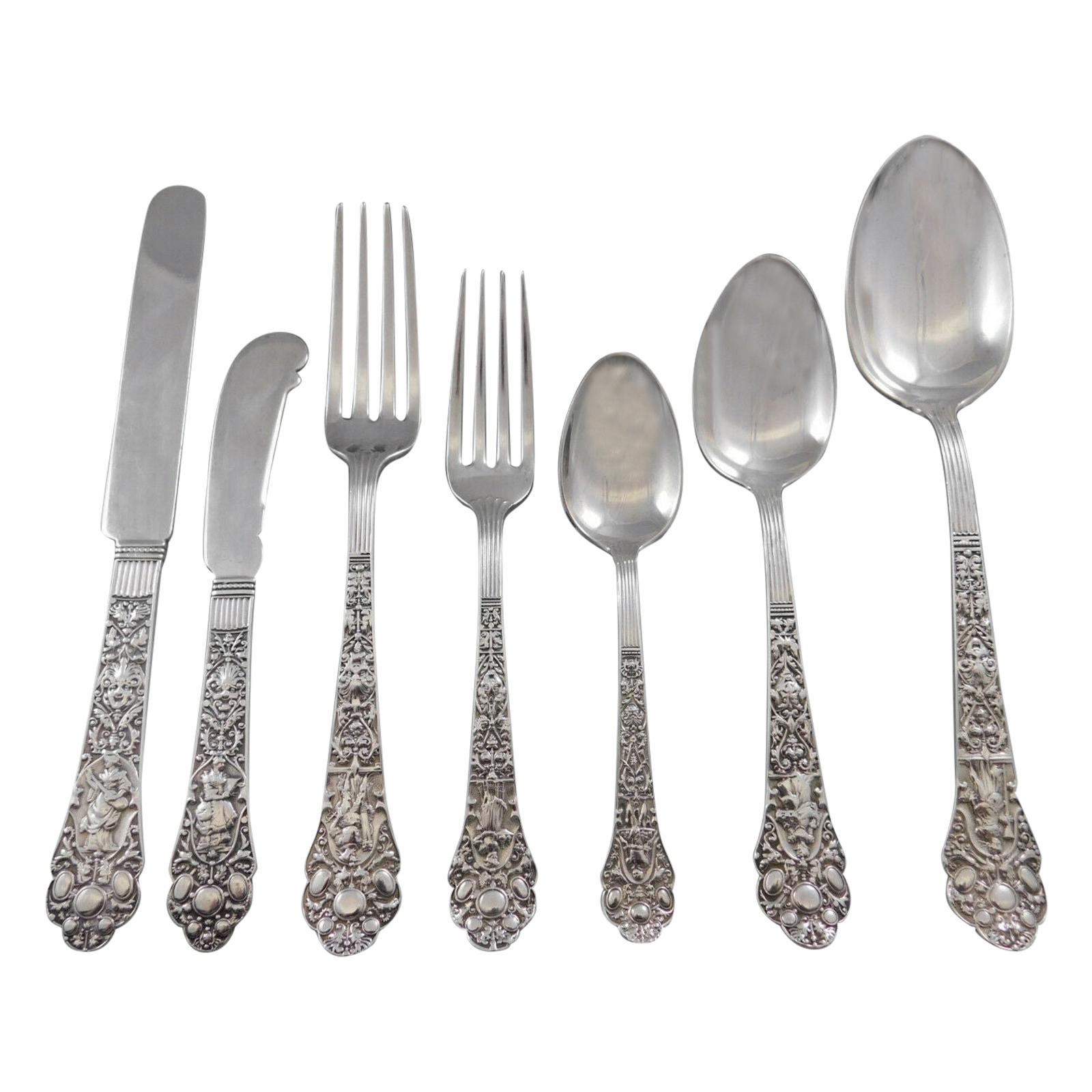 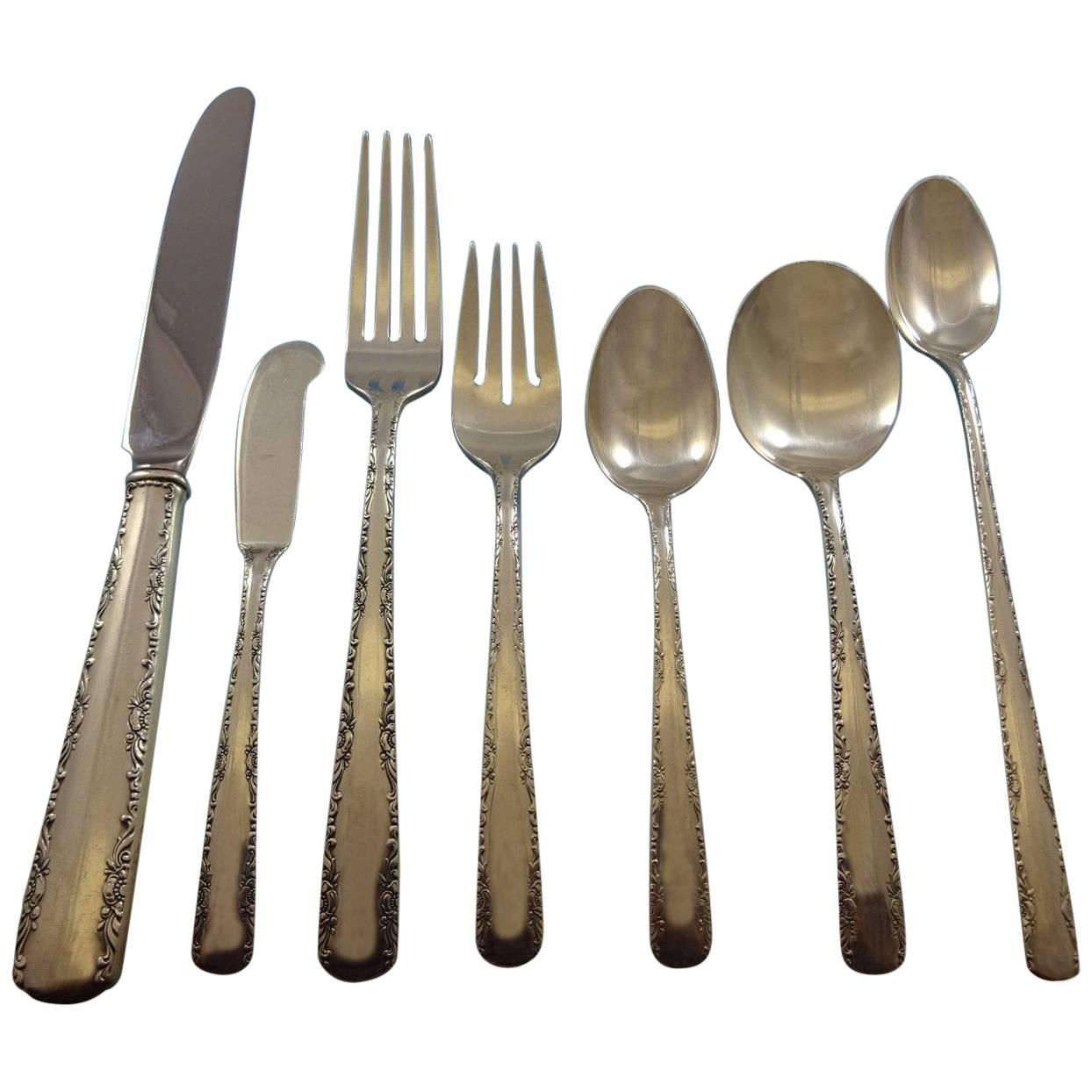 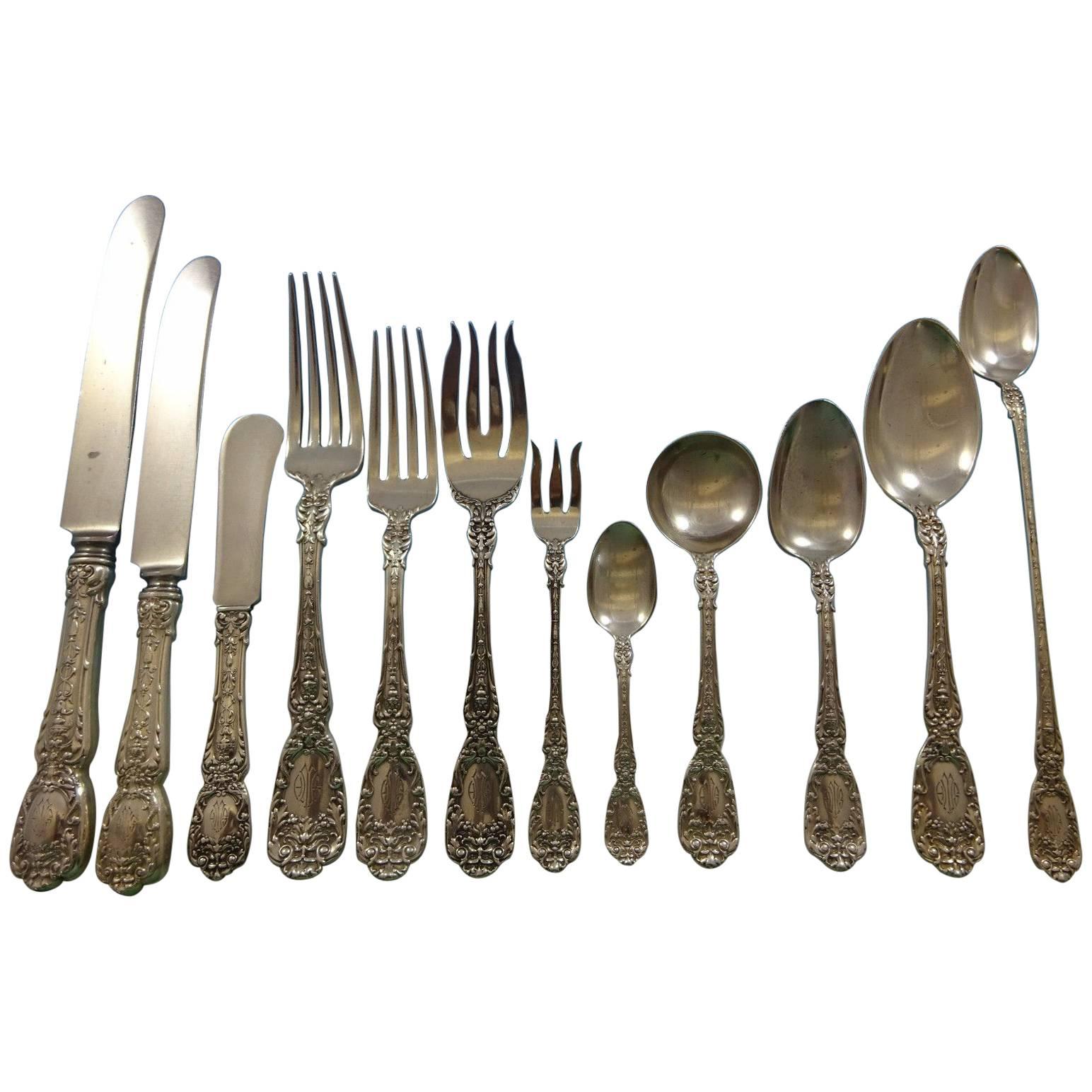 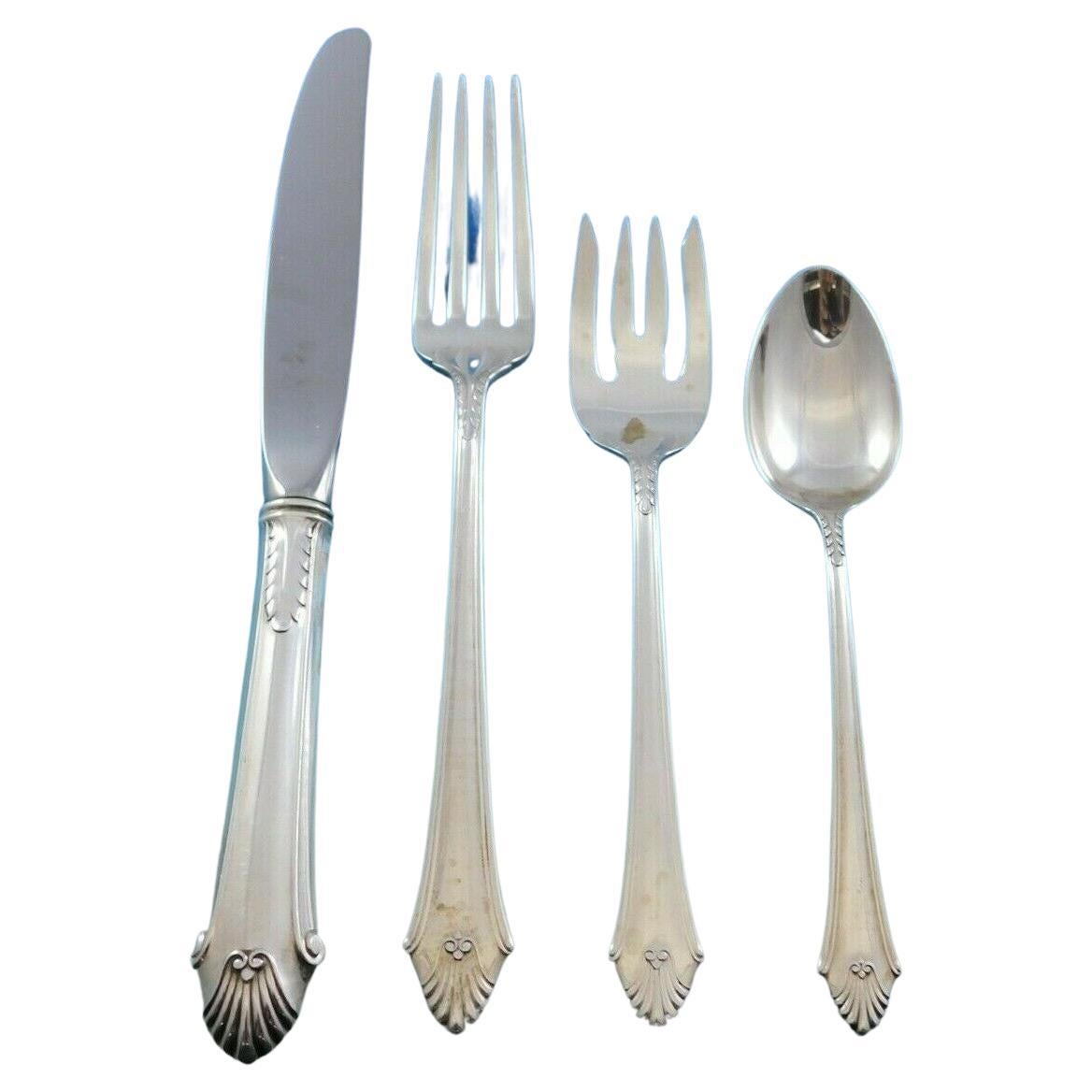 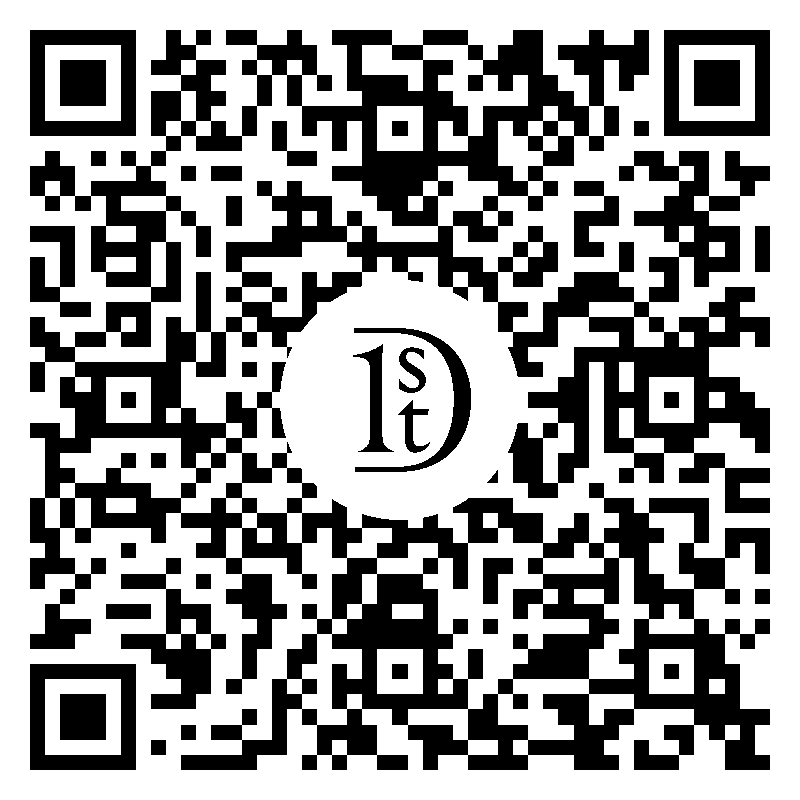 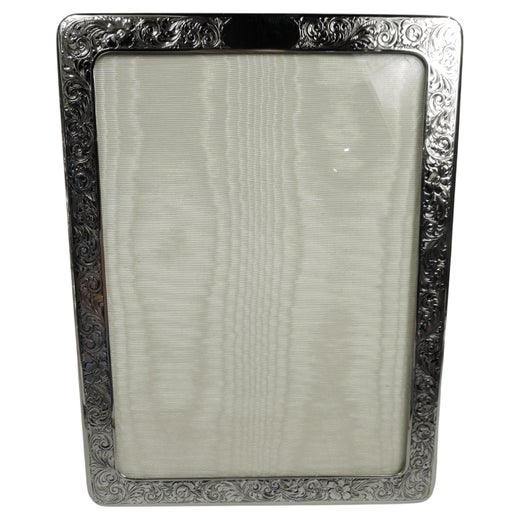 When silversmiths Jabez Gorham and Henry Webster started making coin silver teaspoons and jewelry out of a small workshop in Providence, Rhode Island, in 1831, the pair likely had no idea that their modest operation would one day become the largest silver manufacturer in the world.

While some name changes and personnel shifts preceded the foundry officially being established as Gorham Manufacturing Company decades later, growth of the business between its early days and the mid–19th century can largely be attributed to the work of Jabez’s son John, who assumed control of Gorham in the 1840s.

John Gorham introduced steam power at the manufactory. He entered into a partnership with Michael Gibney, the first American silversmith to register a design patent for a flatware pattern. Gorham wanted to expand the business, seeking to produce forks and spoons adorned with decorative flourishes adapted from British patterns. The company hammered out the silver flatware, which it sent to Gibney in New York to apply decorative patterns before returning to Gorham. Consequently, Gorham found Gibney’s work unsatisfactory, and he purchased his own rolling press to do the work himself.

The partnership between John and Michael soured but the company thrived. Sales grew to more than $20,000 per year, and the staff of silversmiths expanded. To keep up with demand, Gorham had to retire its horse-powered rolling press and import a steam-powered drop press from England — the first used in the United States. Designs created at Gorham drew on natural-world motifs as well as artistic traditions from all over the world — alongside its tableware, the company would soon be producing cups and pitchers adorned with polar bears and forest creatures, while tea services and other serving pieces were crafted in a range of styles that included Art Nouveau, Egyptian Revival and Rococo.

Around 1860, Gorham delved into bronze casting. When it opened a division dedicated to bronze work, Gorham collaborated with sculptors such as Daniel Chester French, Anna Hyatt Huntington and Alexander P. Proctor.

By the 1920s, Gorham had employed thousands of workers and had partnered with Danish modernist silversmith Erik Magnussen. However, the Great Depression ground production to a halt. The company was sold to Textron, Inc. in the late 1960s and it changed hands several times before it sold to Department 56 in 2005.

Today, the work of Gorham Manufacturing Company continues to be exhibited in galleries and museums. The RISD Museum in Providence houses a collection of nearly 5,000 works.

About the Seller
4.8
Located in Big Bend, WI
Recognized Seller
These prestigious sellers are industry leaders and represent the highest echelon for item quality and design.
Diamond Seller
These expertly vetted sellers are 1stDibs' most experienced sellers and are rated highest by our customers.
Established in 1952
1stDibs seller since 2014
1,446 sales on 1stDibs
Typical response time: 1 hour
More From This Seller

Etruscan Flatware by Gorham
By Gorham Manufacturing Company
Located in Brooklyn, NY
The Etruscan pattern has been a winner with customers ever since it was first introduced in 1913. Straight Classic lines with only the Etruscan pattern on the very end. A contemporar...
Category

$16,500 / set
Sterling Flatware Service for 18/5 piece Setting
By Towle Silversmiths
Located in Brooklyn, NY
This complete set of sterling silver flatware is a Classic beauty. Tailored with very Fine detail, this set will never go out of style. The perfect set to pass from generation to gen...
Category

$17,000 / set
King Edward Flatware, Service for 12
By Gorham Manufacturing Company
Located in Brooklyn, NY
First introduced in 1936, King Edward by Gorham has been very popular since. Old world daintiness and charm are yours for the taking in this lovely flatware set.
Category

$4,200 / set
Antique Veyrat French Parisian Silver Flatware Dinner Service for 12 with Boxes
By Jean Francois Veyrat
Located in Hamilton, Ontario
This set of antique French gold washed silverware were made by the well-known Veyrat company of Paris France, in circa 1890 in the period Art Nouveau style. There are a combined fort...
Category

$32,500 / set
Sterling Flatware, Service for 16/ 5 Piece Set/ 80 Pieces Total
By International Silver
Located in Brooklyn, NY
This sterling silver flatware set is gorgeous. Not too ornate and not too plain; the perfect look for a sterling flatware set in today’s age. It has a symmetrical pattern on the bott...
Category

$6,000 / set
Sterling Flatware '5 Piece Setting Service for 24'
By Wallace Silversmiths
Located in Brooklyn, NY
This set of sterling silver flatware has 120 pieces, that’s service for 24 / 5 piece settings. Tailored and understated, the pattern is Classic. This set goes with any decor, and any...
Category

$8,200 / set
Sterling Flatware, Service for 12/5 Piece Settings
By National Silver Company 1
Located in Brooklyn, NY
We are proudly offer a set of sterling silver flatware. This is a service for twelve and includes a dinner fork and knife, salad fork, soup and dessert spoons, a total of sixty piece...
Category