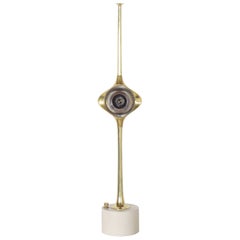 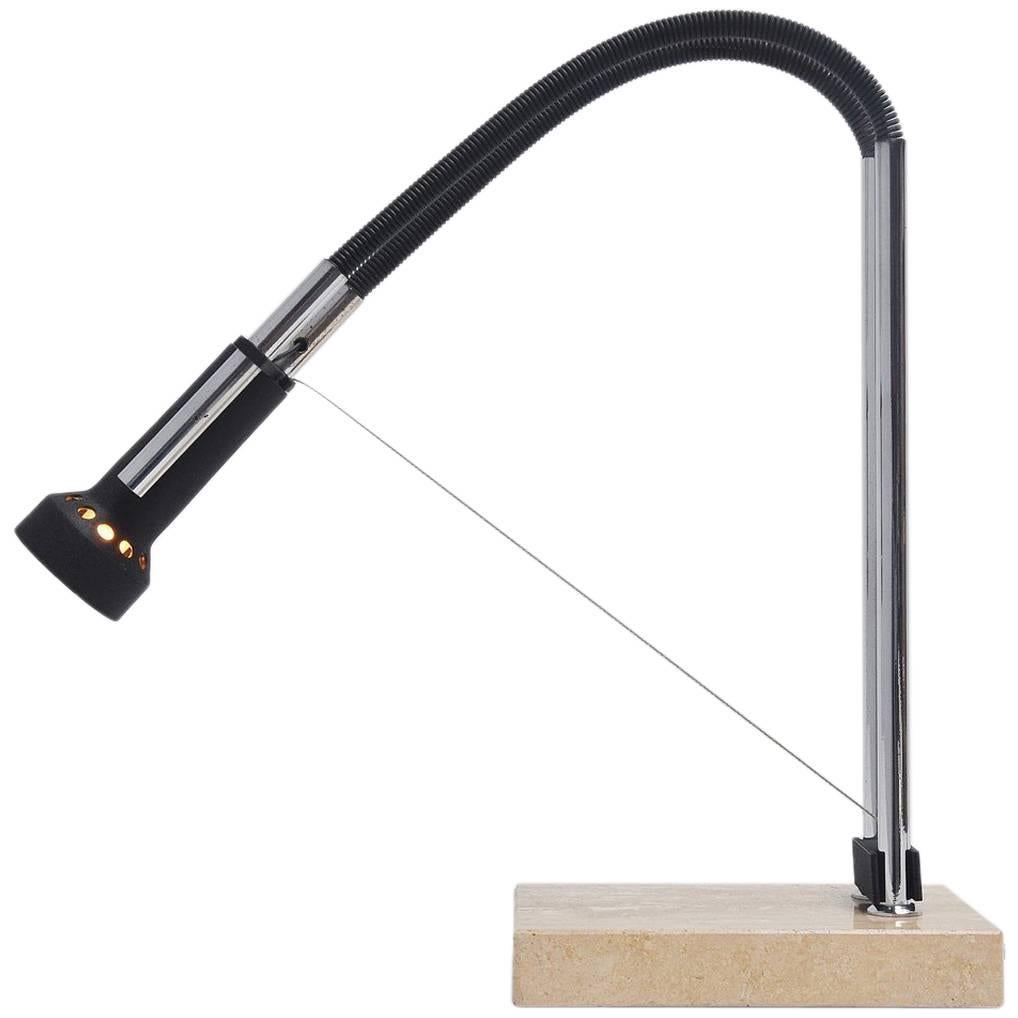 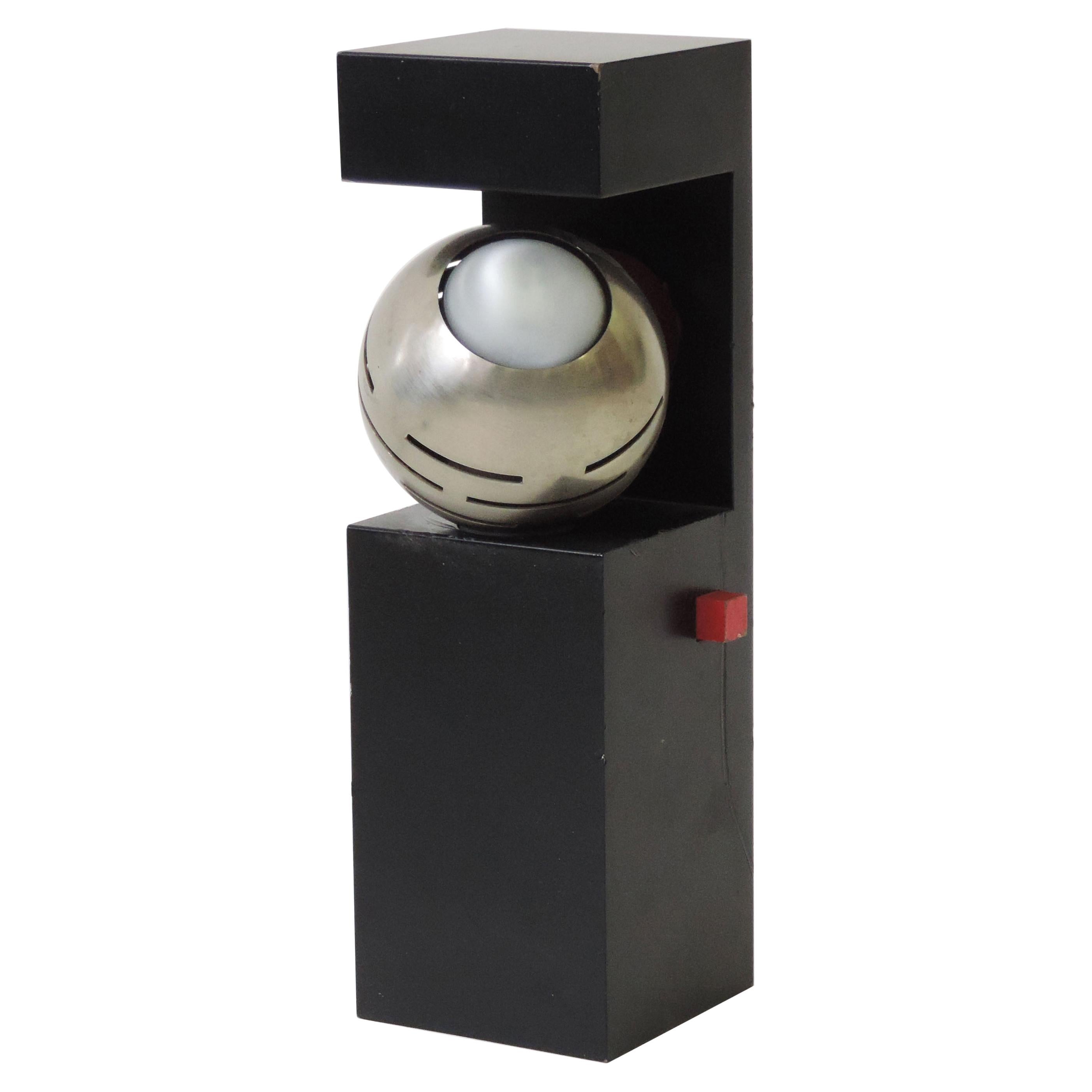 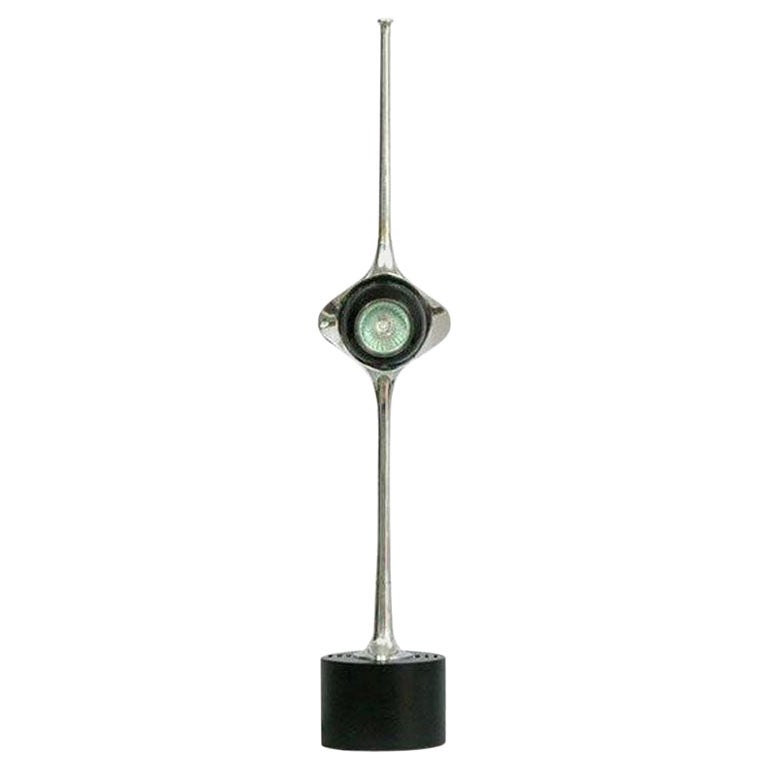 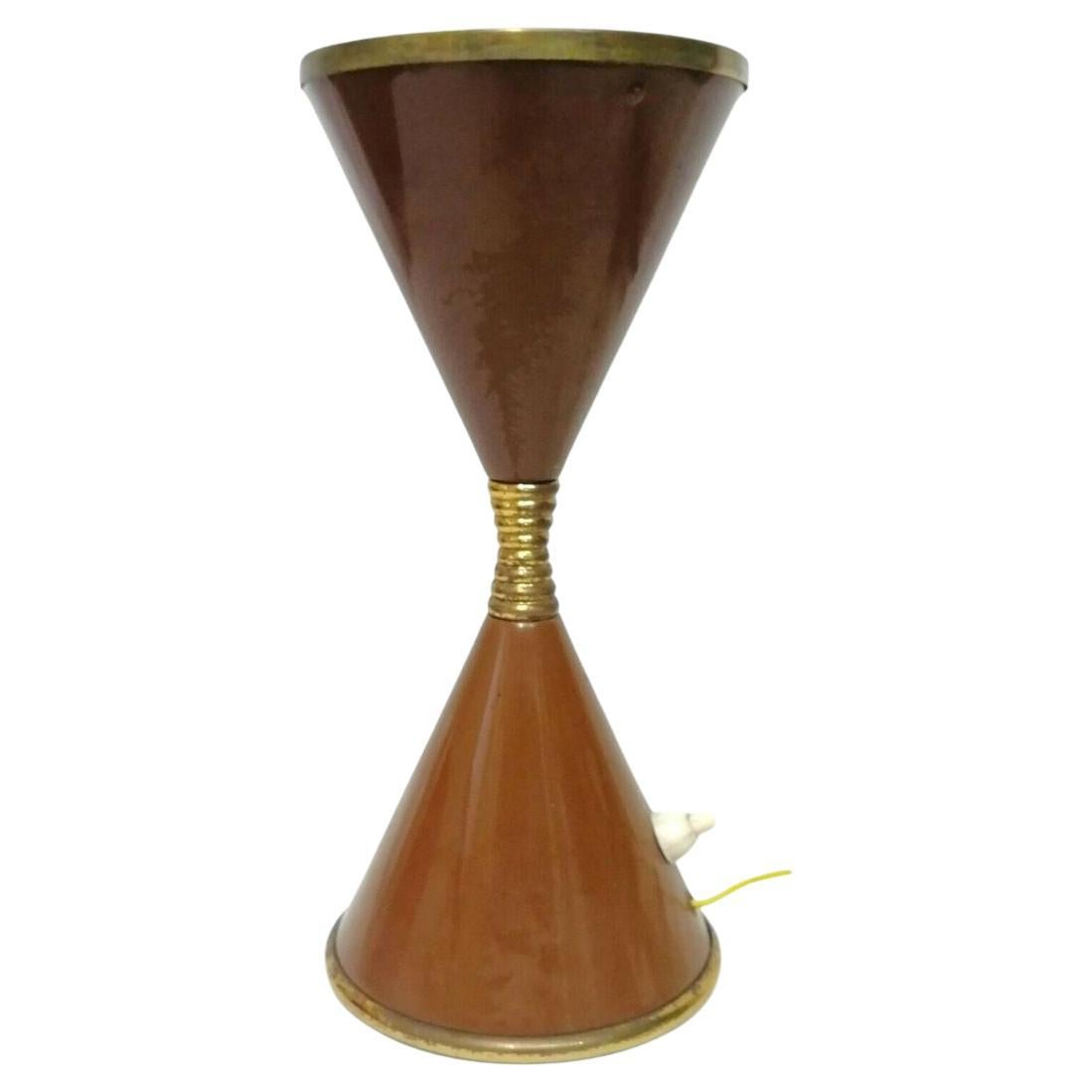 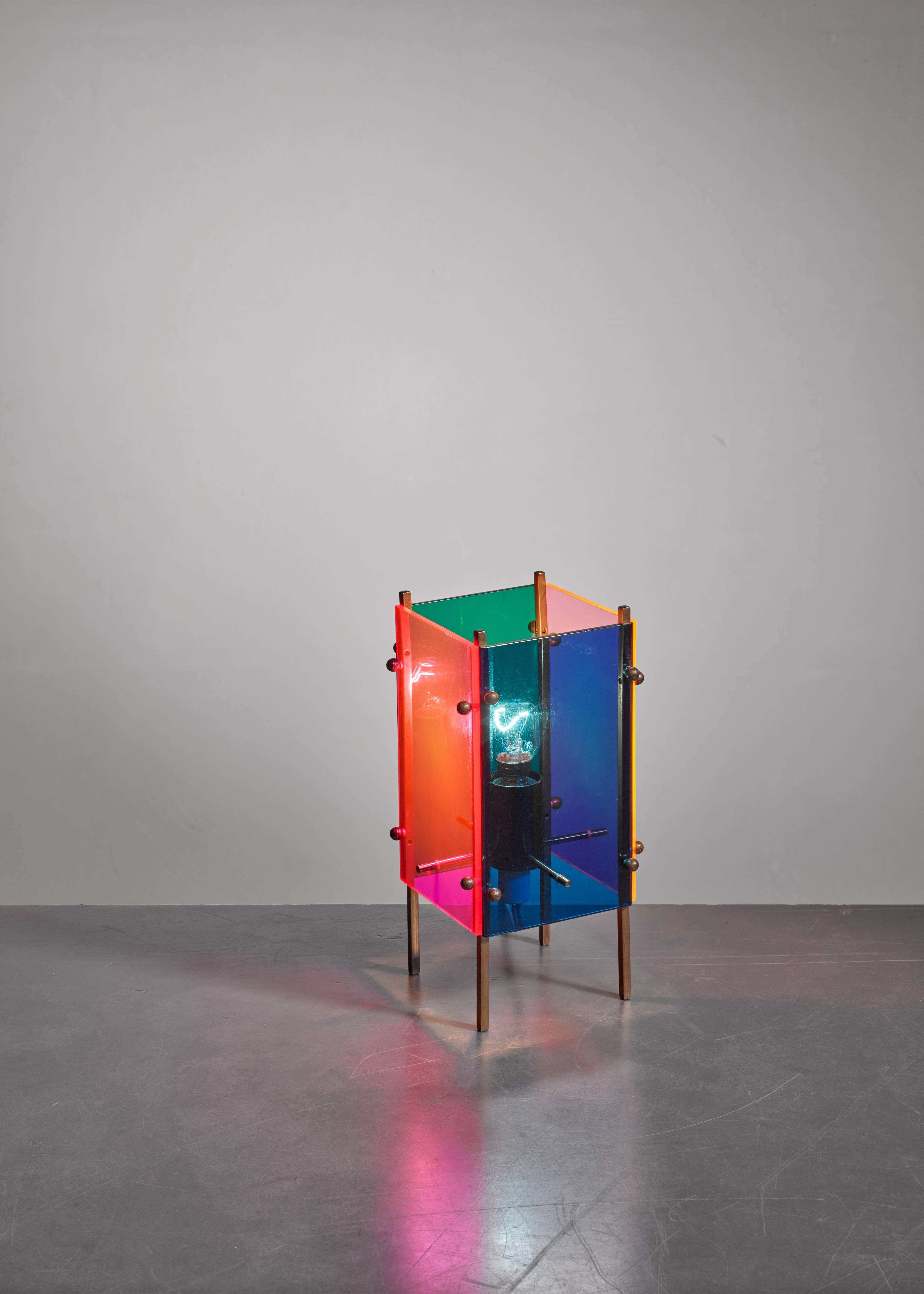 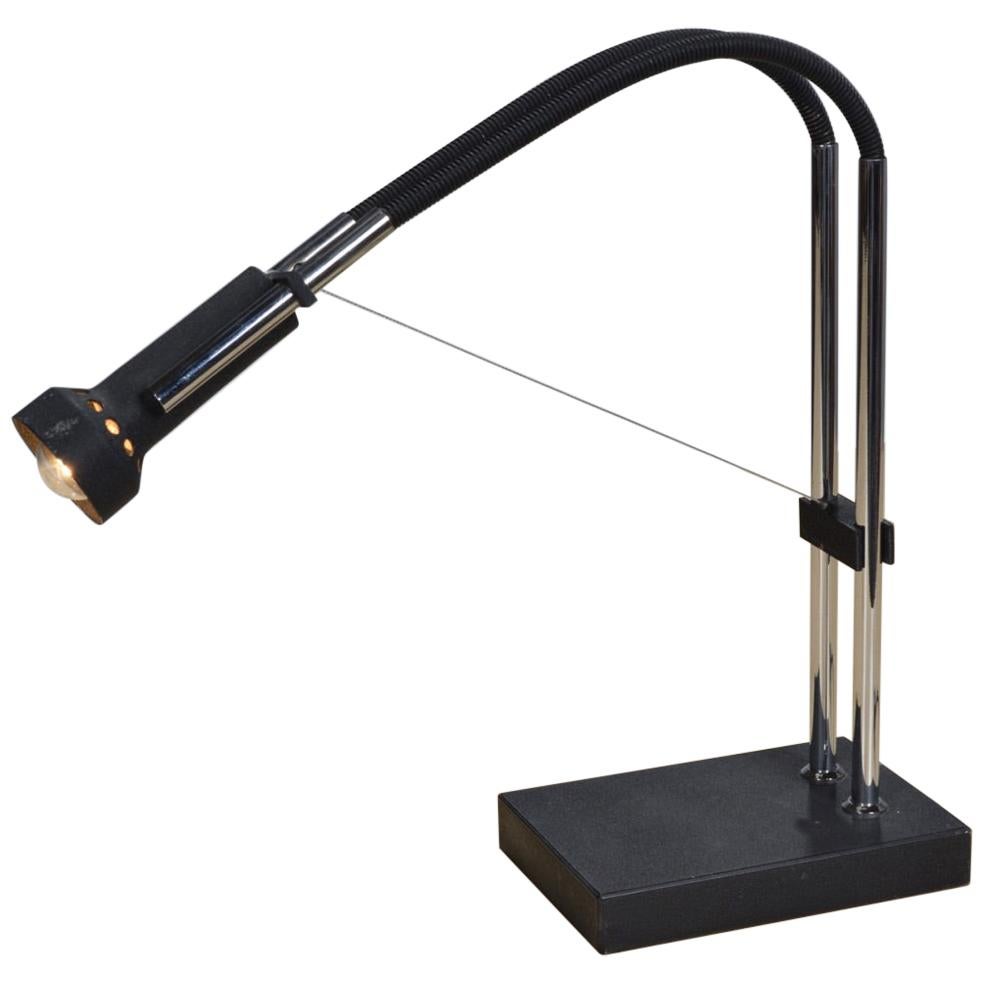 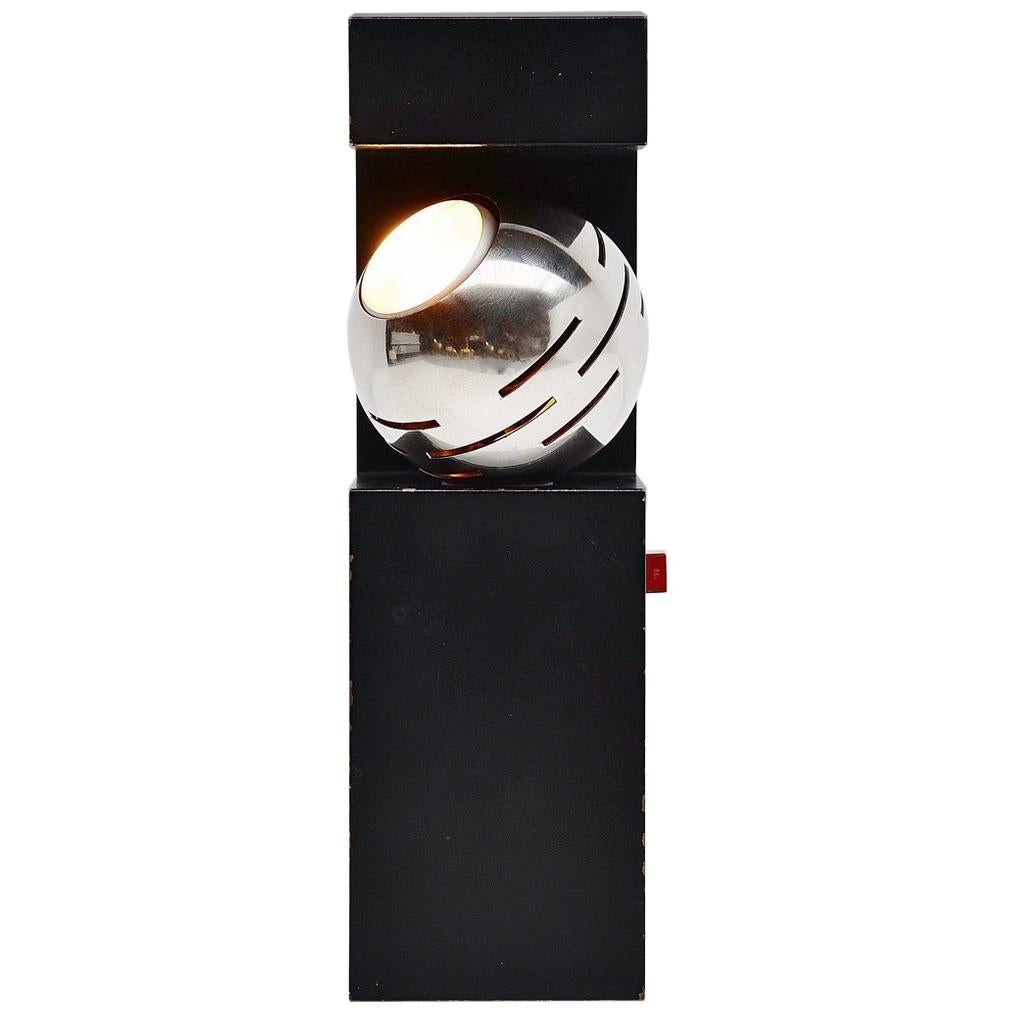 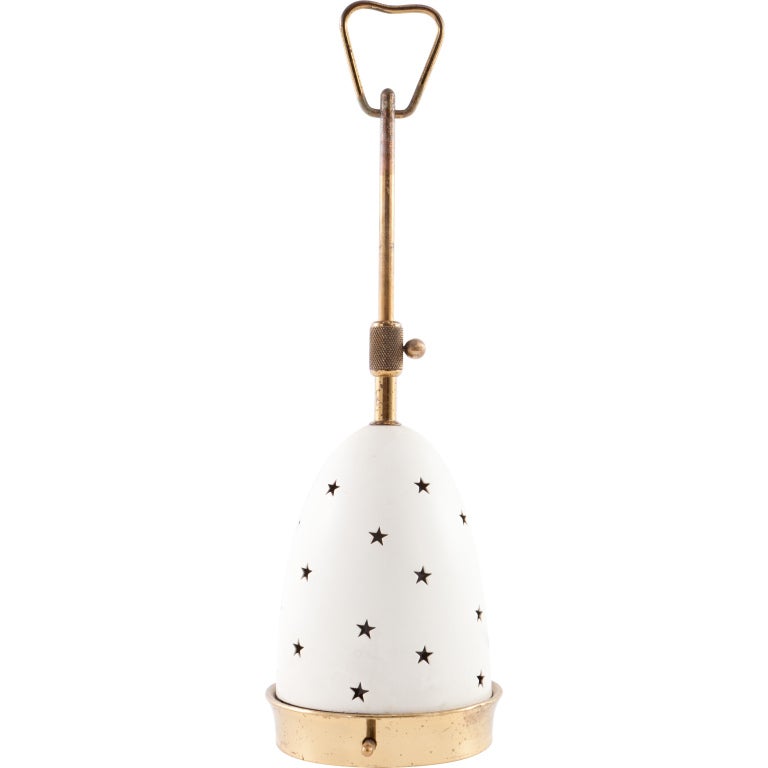 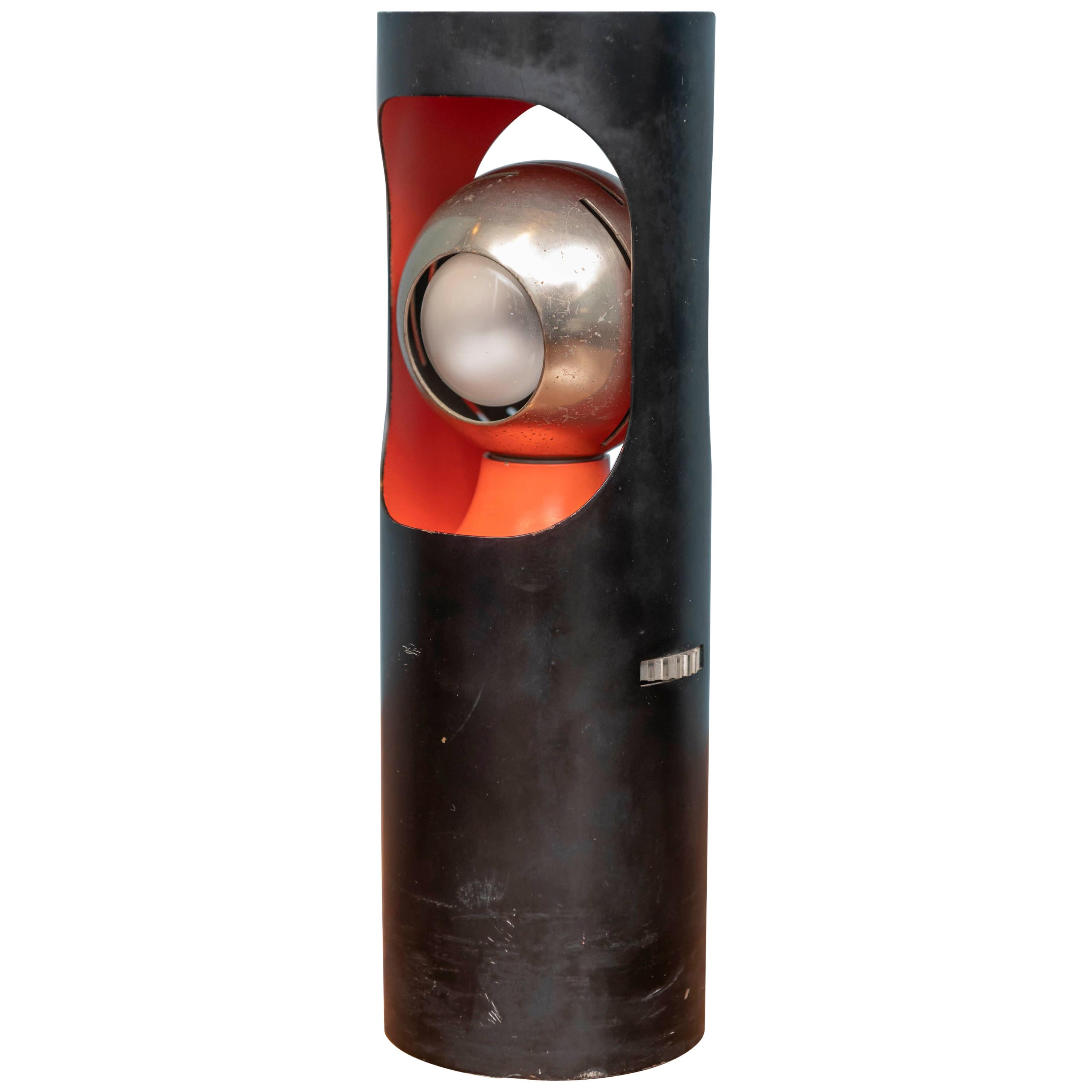 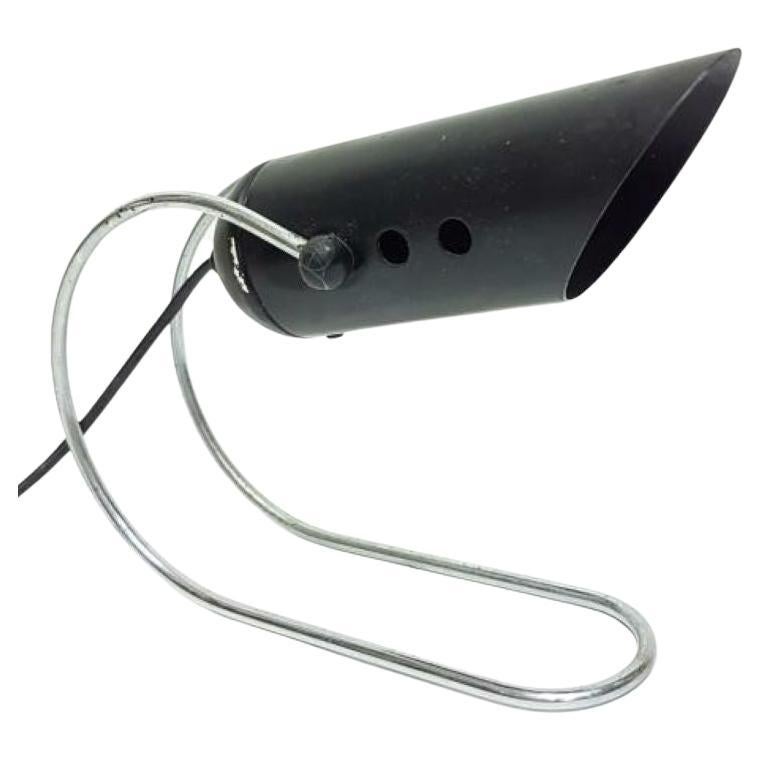 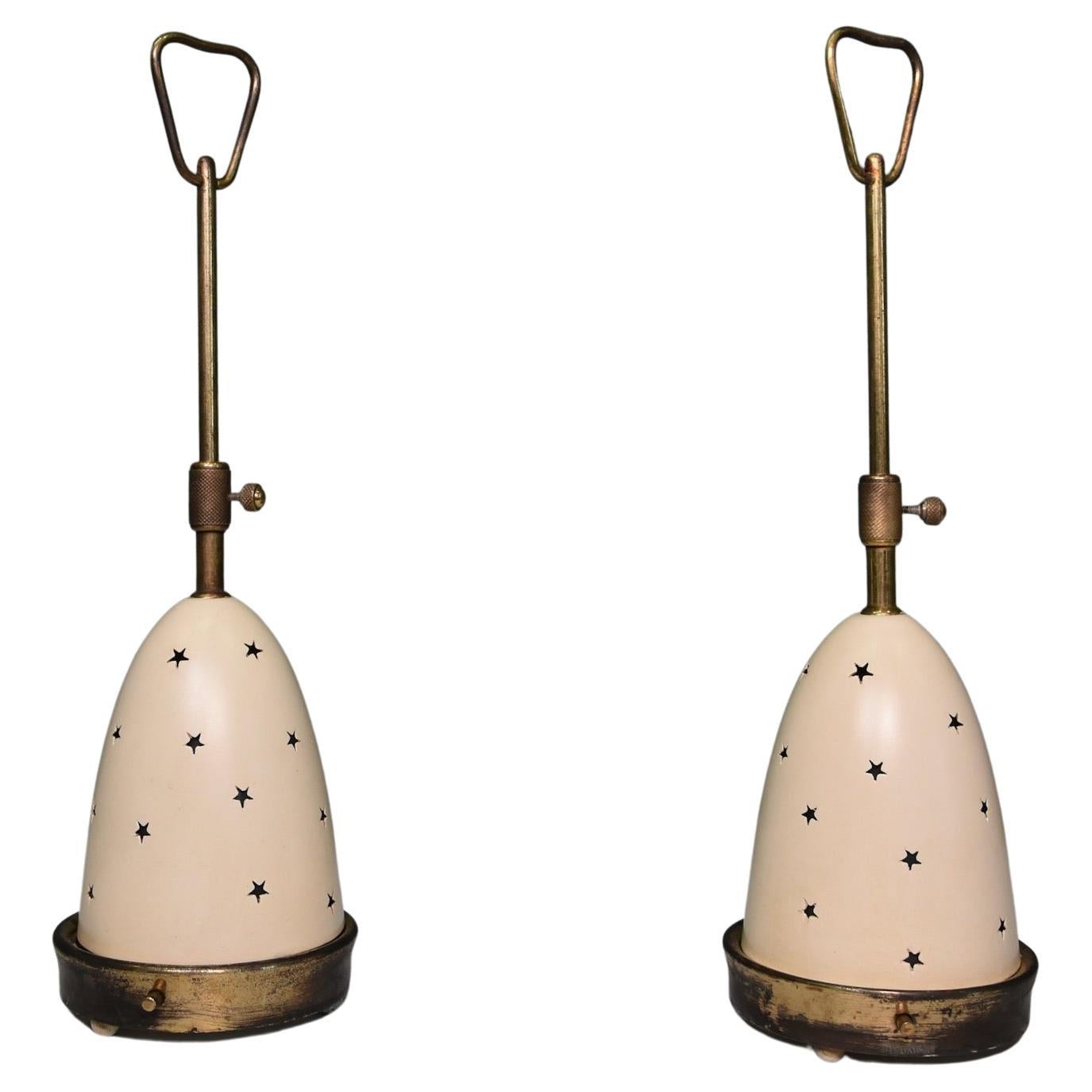 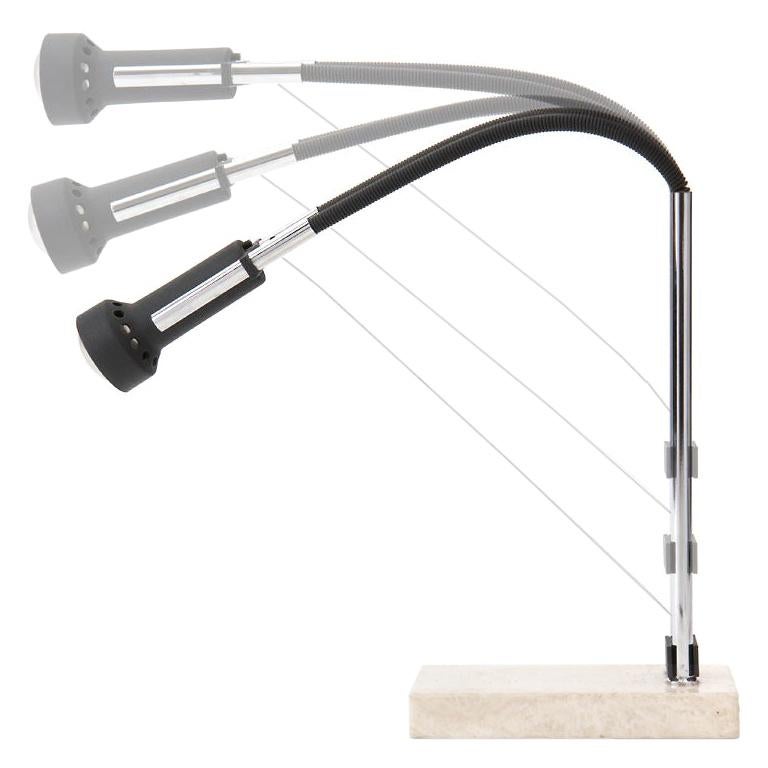 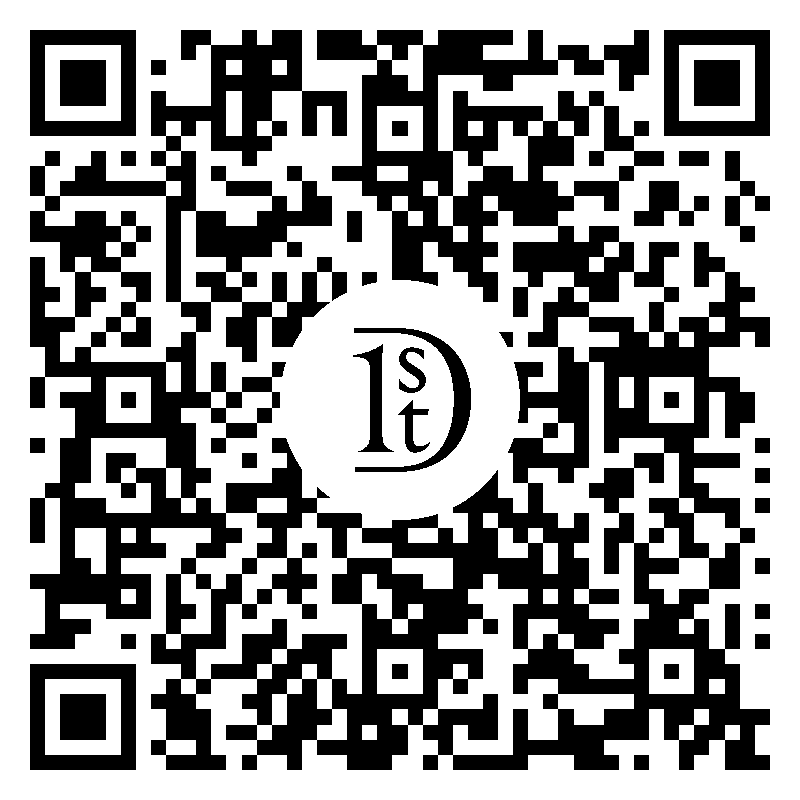 Beautiful Arredoluce 'Cobra' lamp in good condition. Design: Angelo Lelli, Italy, 1960s. Crème lacquered metal base. Pivoting magnitized oxide steel ball which holds the socket Glossy brass stem Measurements: 4.5 diameter x 24.5 height. We offer a variety of insured shipping services, ask us for the possibilities and competitive pricing. If you have any questions about our shipping options or this item please feel free to contact us.

Designed by Angelo Lelii
Recalling sculptor Constantin Brancusi's audacious forms, the brass stem of the Cobra table lamp, created by Italian designer Angelo Lelii (1911–79), casts a long and slender shadow beneath a magnetized adjustable sphere, or “socket,” where the bulb is positioned. The curious socket fixture is tucked inside a cobra-like “hood” that gave the lamp its name. Lelii’s revolutionary 1962 design allowed for light to be directed according to preference, and a dimming switch controls the intensity of the light. It was among the first lamps to use low voltage, thanks to the transformer housed in its base. As one of the best-known examples of postwar Italian lighting, it encapsulated the design ethos and emphasis on innovation long associated with Arredoluce, the lighting company Lelii founded in 1943. Raised in Monza — where he would also begin to work with lighting in the late 1930s — Lelii encountered considerable success as a designer after several of his lamps appeared in Domus, the design journal cofounded by Giò Ponti. Arredoluce was a prolific firm, and counted Ponti, Ettore Sottsass Jr. and other well-known figures as designers, with many contributions coming from Lelii himself. Famous for a free-flowing exchange between factory workers and designers, Arredoluce helped define Italy’s modernist lighting industry, alongside companies such as Arteluce and Oluce. Lelii’s simple and spare Cobra fell out of production, as did the company’s other designs, after Arredoluce shuttered following the maker’s death. Today, the lamp remains a striking encapsulation of the minimalist, technically advanced design principles he cultivated there. Demand for Lelii’s provocative and sculptural work has only increased over the years. 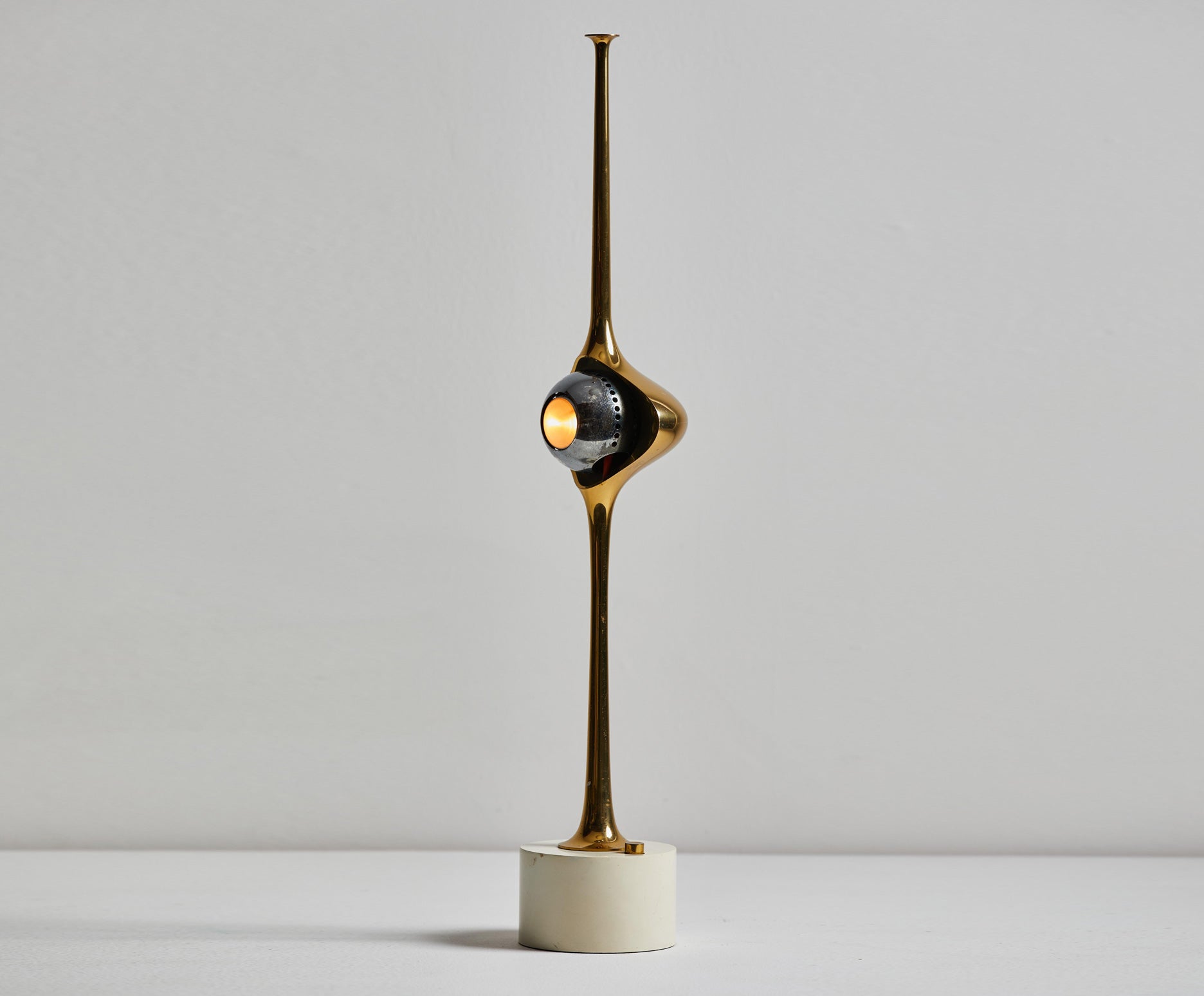 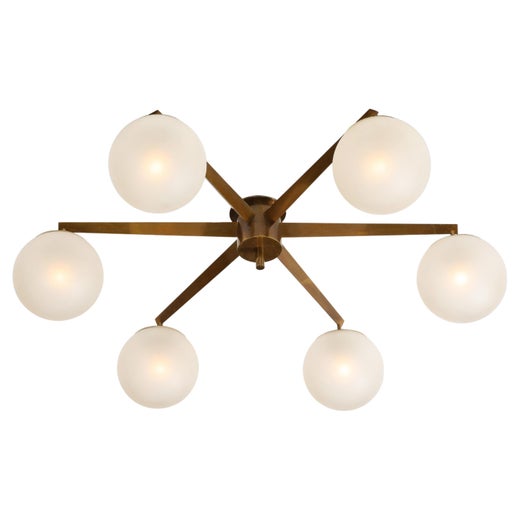 Angelo Lelii’s energetic and imaginative floor lamps, sconces and chandeliers often reflected his singular personality — whimsical but practical. He is responsible for some of the most delightfully eye-pleasing but functional works in the history of Italian mid-century modern lighting design.

Lelii was born Paolo Angelo Lelii in the seaport town of Ancona and moved to Milan when he was quite young. Not much is known about his early life — online resources frequently have his last name misspelled “Lelli” — except that he studied at the Superior Institute of Industrial Art in nearby Monza.

While there was no shortage of pioneering work being done in the field of mid-century modern lighting design, Lelii was a visionary whose dream was to create technologically advanced lighting that embodied the simple lines of modern design but would be defined by his own imaginative twists. In 1943, Lelii opened his first workshop in a tiny basement in Monza, under the name Arredoluce. A few years later, he designed the single-light, bent-arm Tris floor lamp. Later that year, he exhibited his Triennale floor lamp at the Milan Triennale VIII and garnered wide acclaim. This iconic, slender lamp features three adjustable arms with enameled aluminum shades.

Lelii’s sculptural fixtures in brass and cast iron appeared in the acclaimed design journal Domus, and he embarked on high-profile collaborations with Italian modernist legends such as Gio Ponti — a giant of architecture and design as well as a founder of Domus — Memphis Group member Ettore Sottsass Jr. and the brothers Castiglioni (formally known as Achille, Pier Giacomo and Livio).

Massive success followed for Arredoluce from the late 1950s and into the 1960s. For Lelii, there was his seminal Stella ceiling lamp, featuring opaque, acid-etched glass globe shades; his minimalist Cobra table lamp, which was one of the world’s first low voltage light fixtures; and his aptly named Eye floor lamp. Lelii continued to oversee design and production at his revolutionary lighting firm until his death in 1979.

About the Seller
4.9
Located in Echt, Netherlands
Platinum Seller
These expertly vetted sellers are 1stDibs' most experienced sellers and are rated highest by our customers.
Established in 2012
1stDibs seller since 2016
282 sales on 1stDibs
Typical response time: 2 hours
More From This SellerView All
You May Also Like