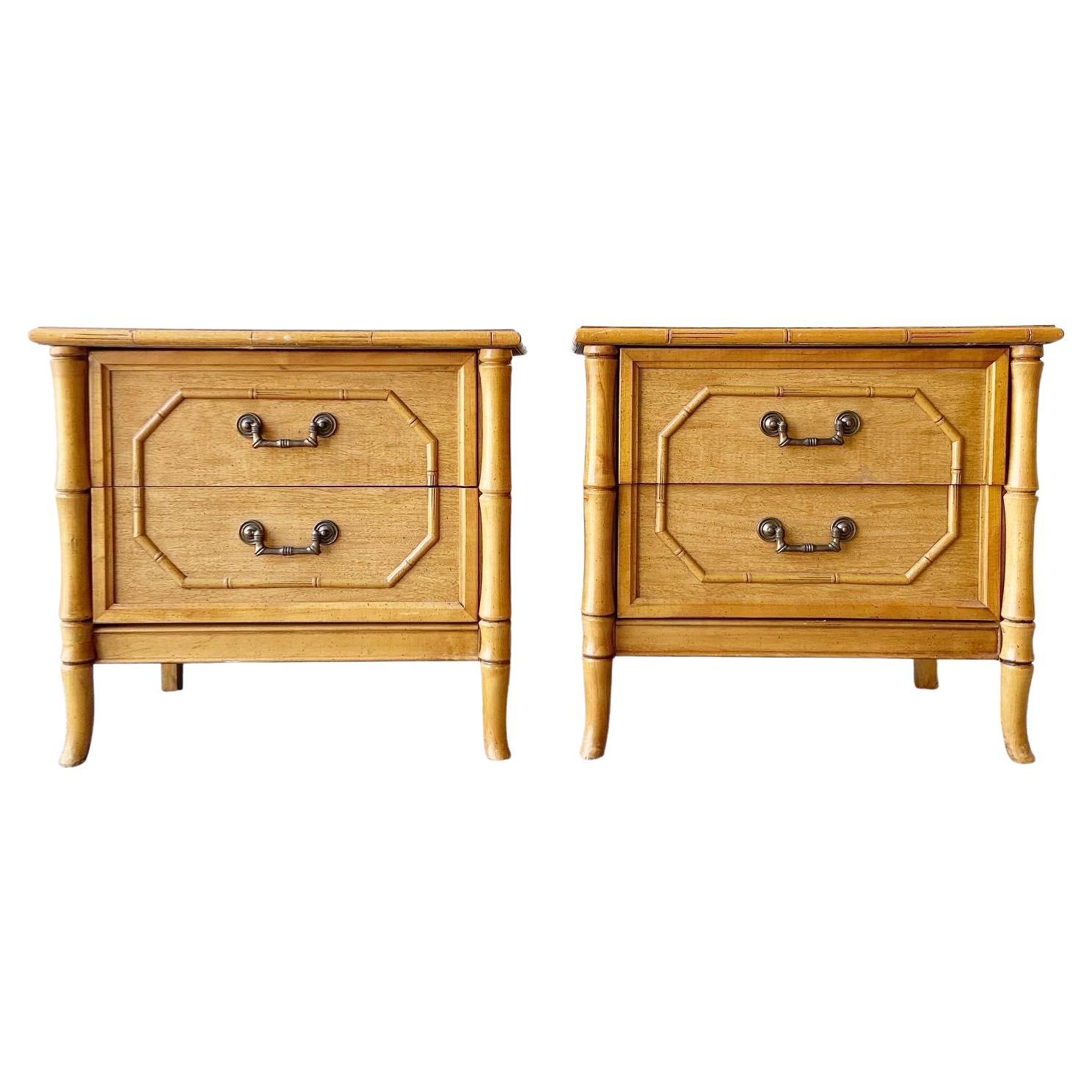 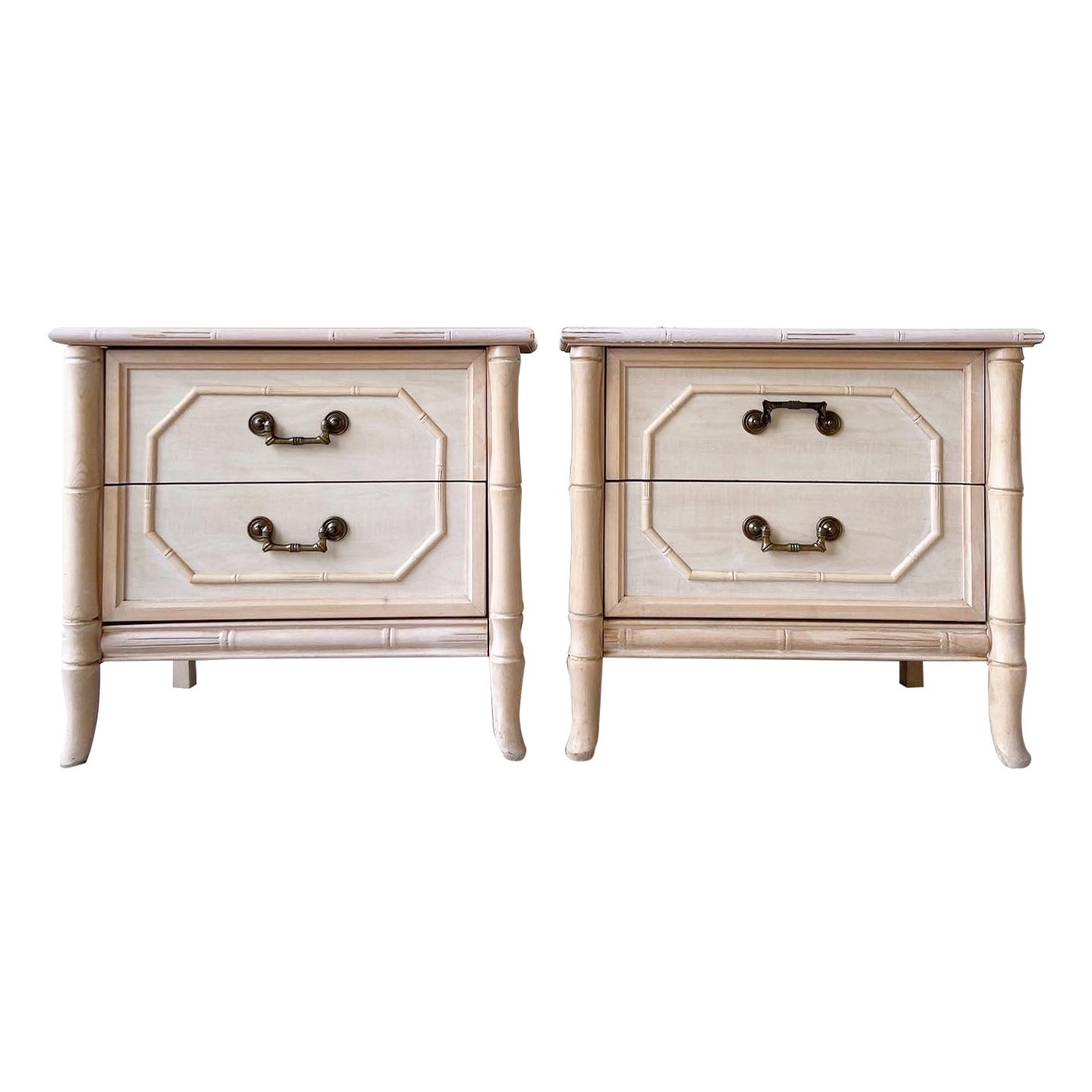 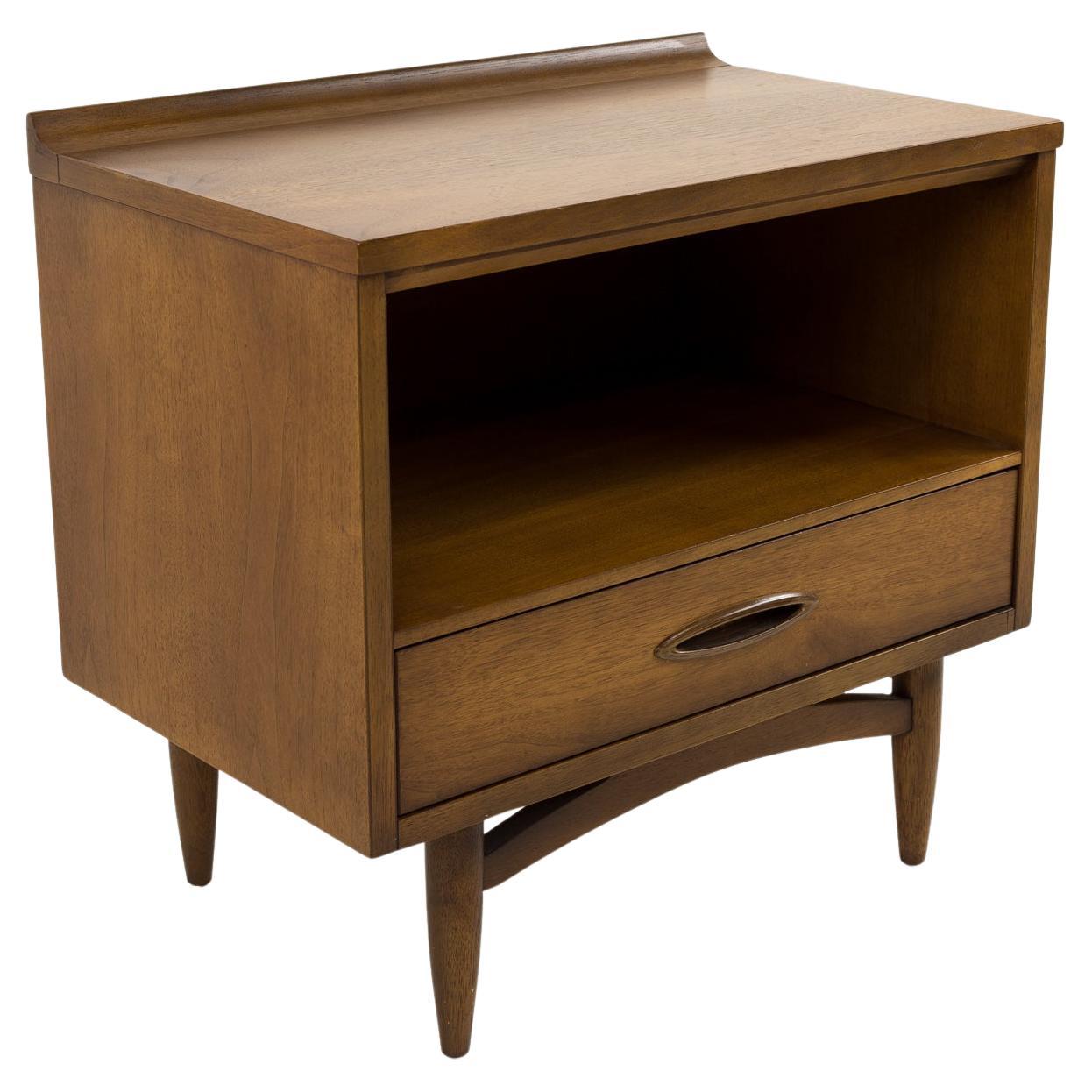 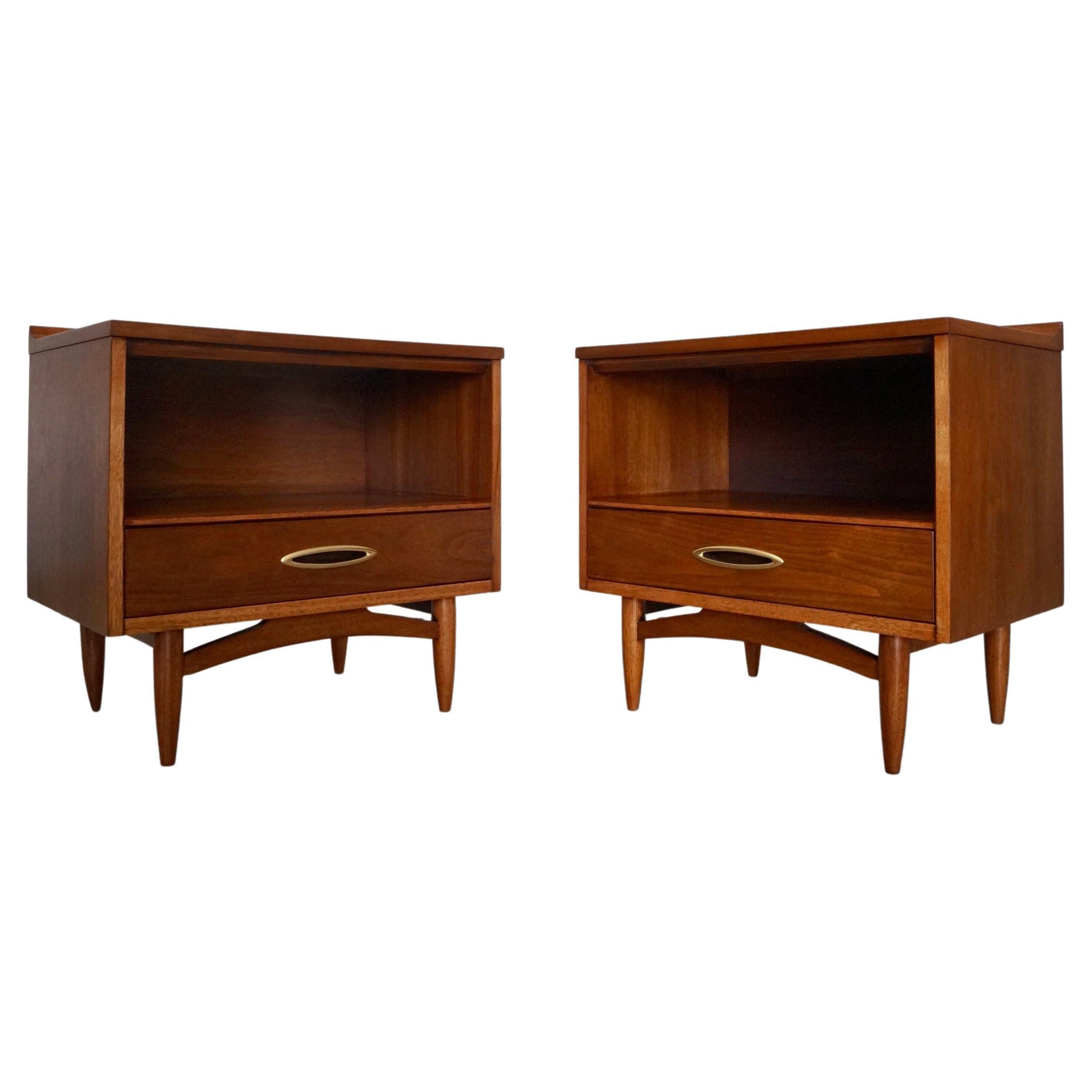 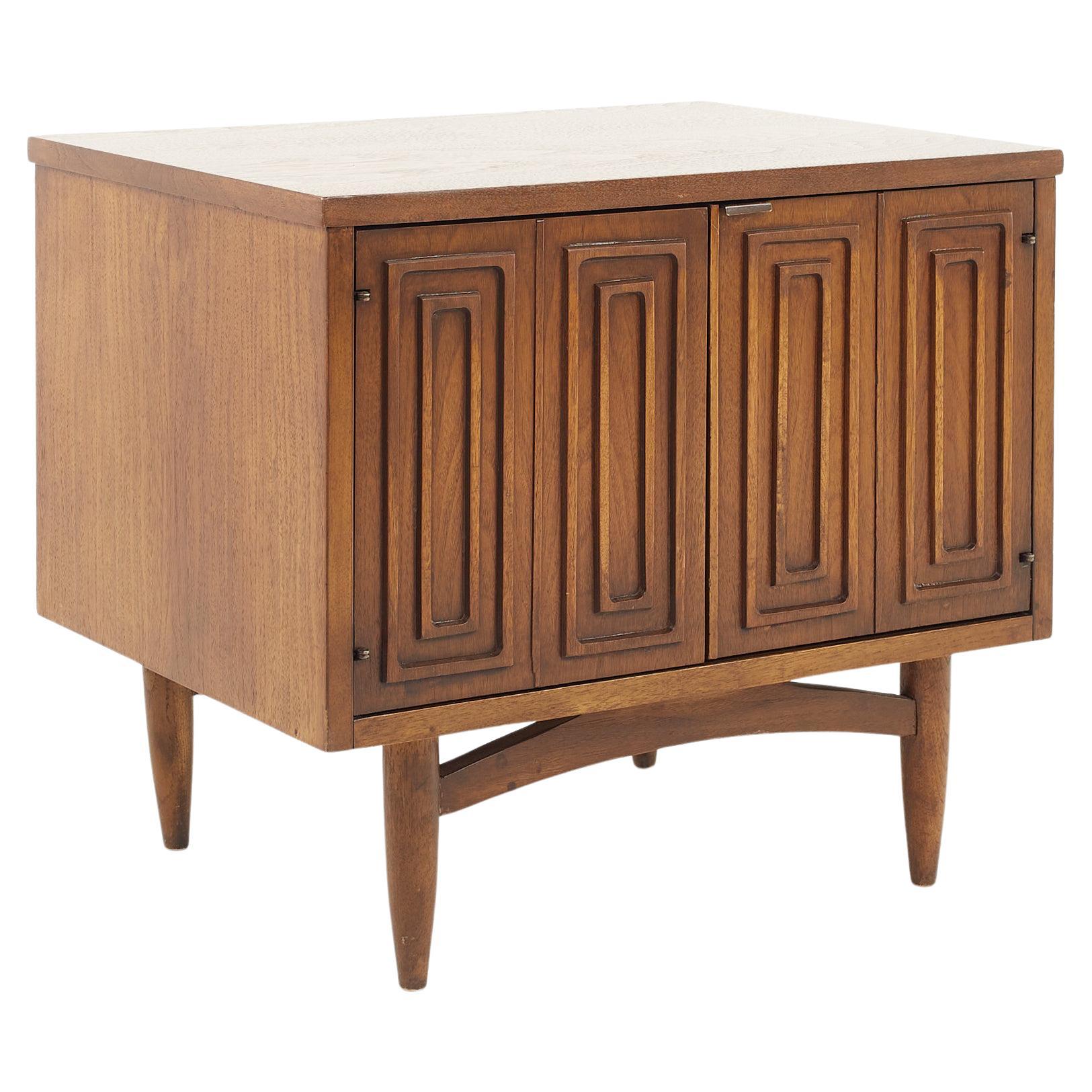 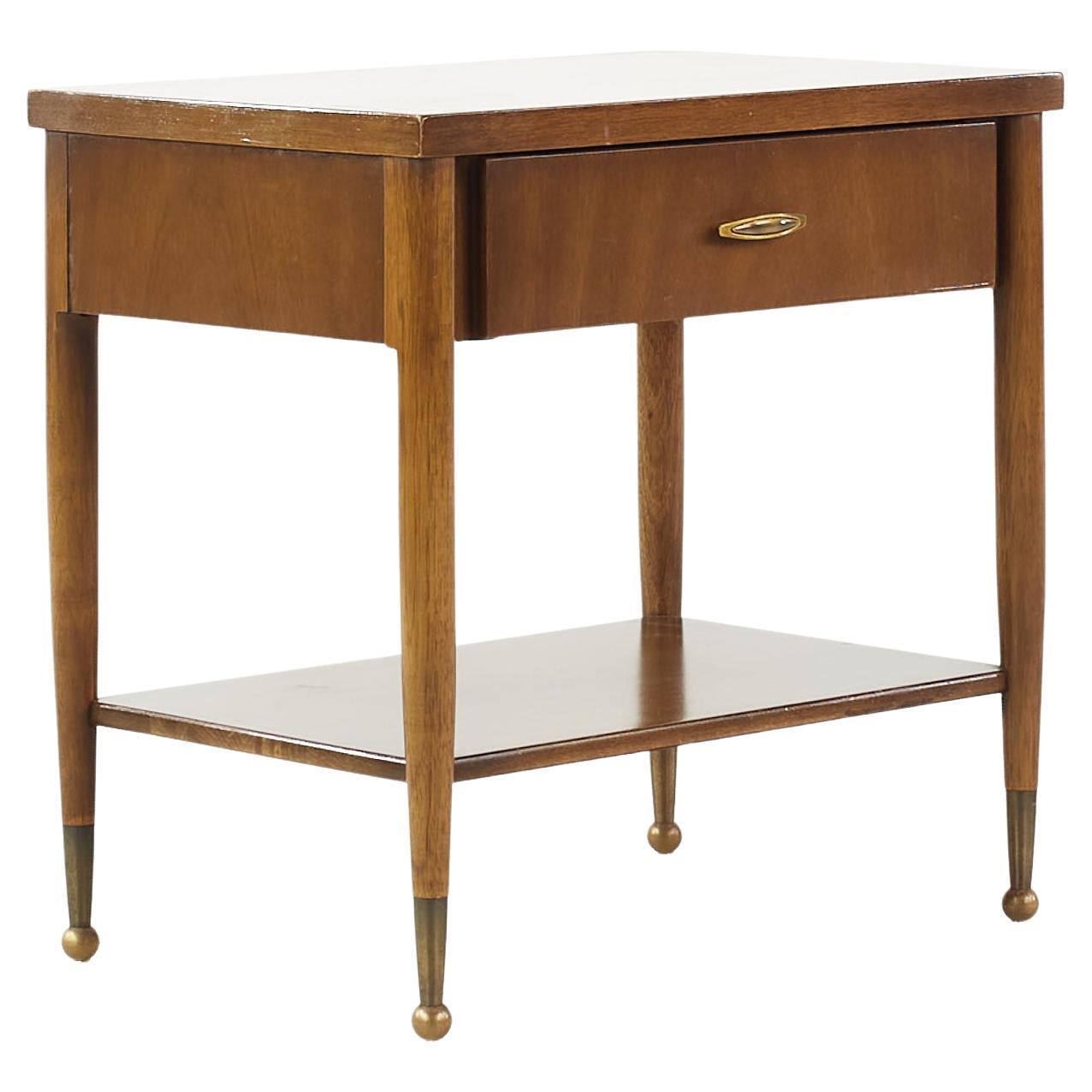 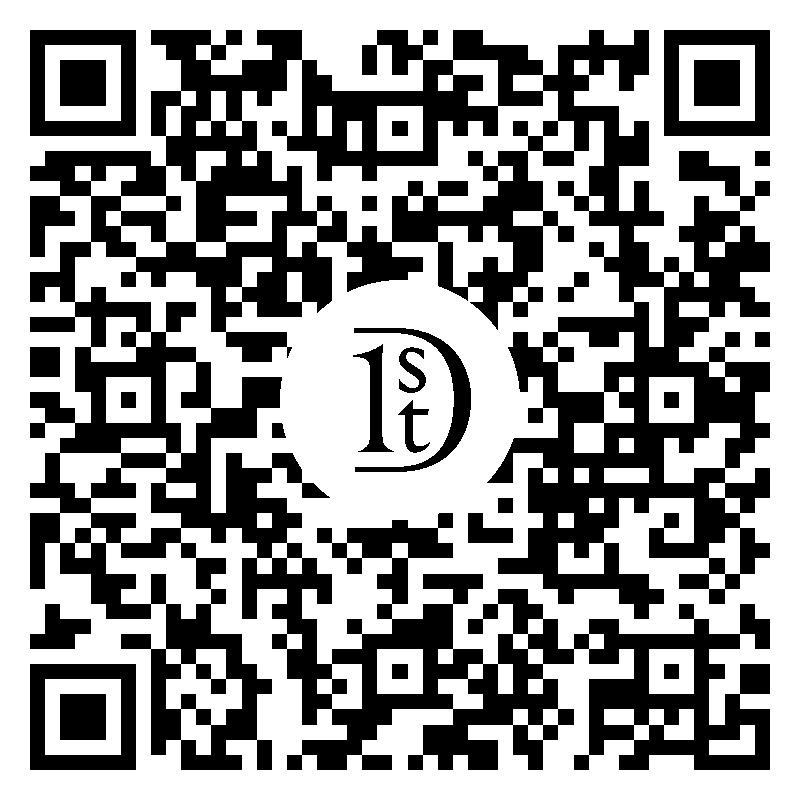 A Pair of Vintage Mid-Century Modern Hollywood Regency Faux Bamboo night stands by Broyhill . Circa 1960s Feature a Chinoiserie inspired design with an off-white finished, white laminated tops, two drawers each, and brass hardware painted in white. Both night stands are in a very good original cosmetic and sound condition with very minor signs of wear consistent with age and history. There are a couple of small superficial scratches resulting from normal wear. Please see close pictures for more details. All the drawers are clean and slide smoothly. Dimensions: 24 inches Wide by 16 inches deep by 22 inches in height. Made in USA. 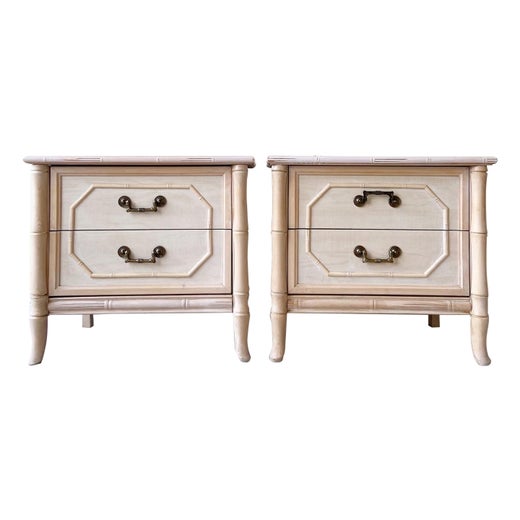 Founded during the 1920s, the Broyhill Furniture Company was one of the stalwart North Carolina makers of mid-priced, traditional wooden furnishings, and it served American families well. The Colonial Revival style — chairs with turned legs, beds with split pediment headboards — had always been the company’s stock in trade. But the vintage Broyhill bedroom furniture, dressers and cabinets of the postwar era are quite popular with today’s fans of mid-century modern design — particularly those who enjoy more flamboyant stylings, such as those of Adrian Pearsall.

For collectors of a certain type, Broyhill is most admired for its brief foray into the contemporary furnishings of the late 1950s and ‘60s. In 1957, responding to changing tastes, the firm launched its Broyhill Premier line with the Sculptra series. Sculptra pieces featured decorative molding with a square-within-a-square motif and horizontal cat’s eye-shaped drawer pulls. Five years later, Broyhill introduced the Brasilia furniture group, inspired by the Oscar Niemeyer architecture for the brand-new Brazilian capital. The collection made its debut at the Seattle World’s Fair.

The cabinet door fronts of vintage Broyhill Brasilia pieces feature moldings based on the sweeping colonnades and parabolic curves of such buildings as the Palácio da Alvorada (“Palace of the Dawn”), the presidential residence. As you will see on 1stDibs, Broyhill created a striking and spirited line of furnishings that will make a happy keynote in any Atomic Age-inspired interior.

Ohio retailer Big Lots acquired the rights to the Broyhill name and related trademarks in 2019.

1stDibs Buyer Protection Guaranteed
If your item arrives not as described, we’ll work with you and the seller to make it right. Learn More
About the Seller
No Reviews Yet
Located in Miami, FL
Vetted Seller
These experienced sellers undergo a comprehensive evaluation by our team of in-house experts.
Established in 2016
1stDibs seller since 2022
15 sales on 1stDibs
Typical response time: 1 hour
More From This SellerView All
People Also Browsed
You May Also Like
Featured in Rare Finds: Shop our best valuesView All