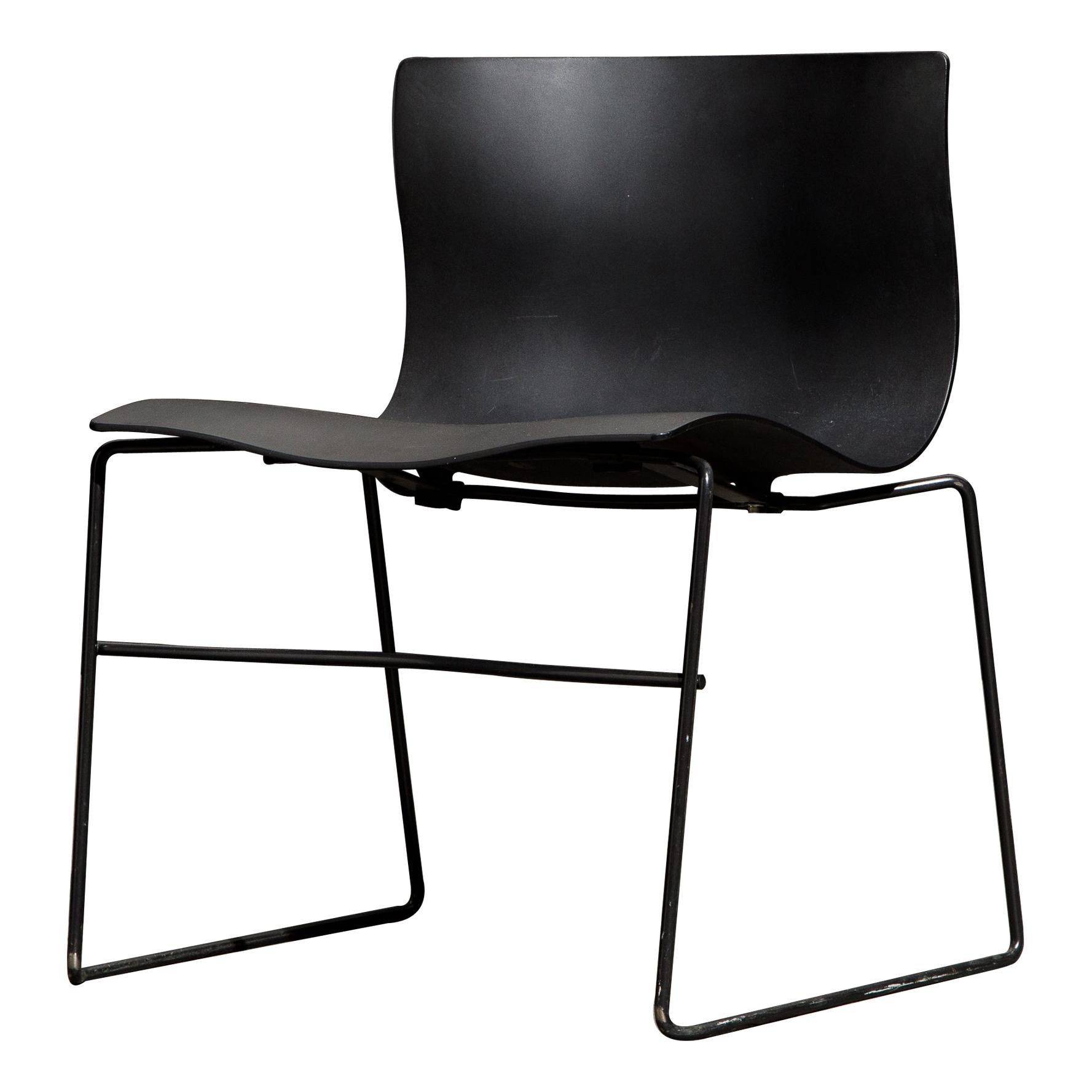 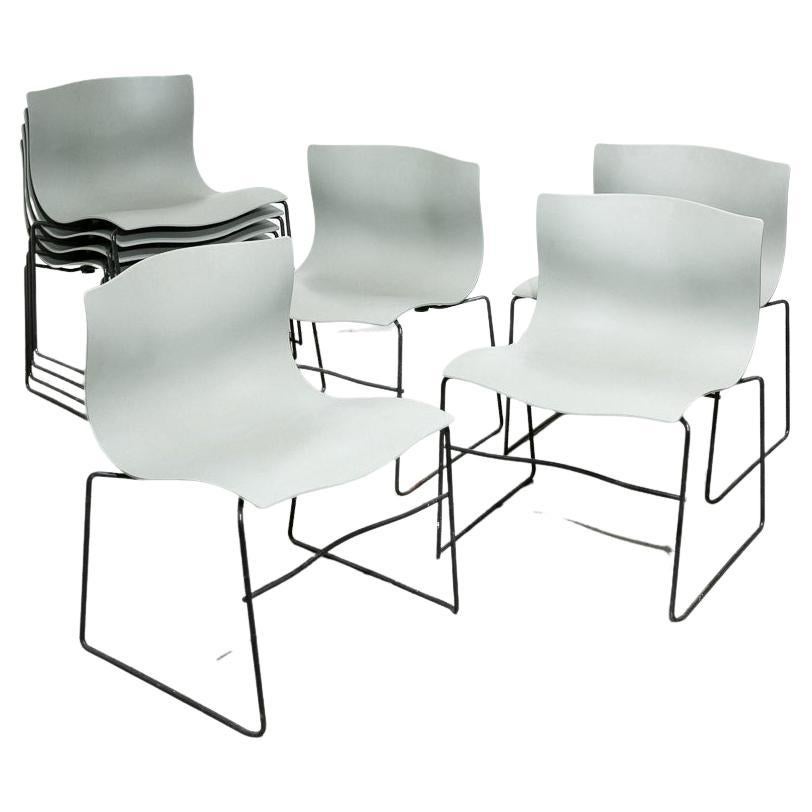 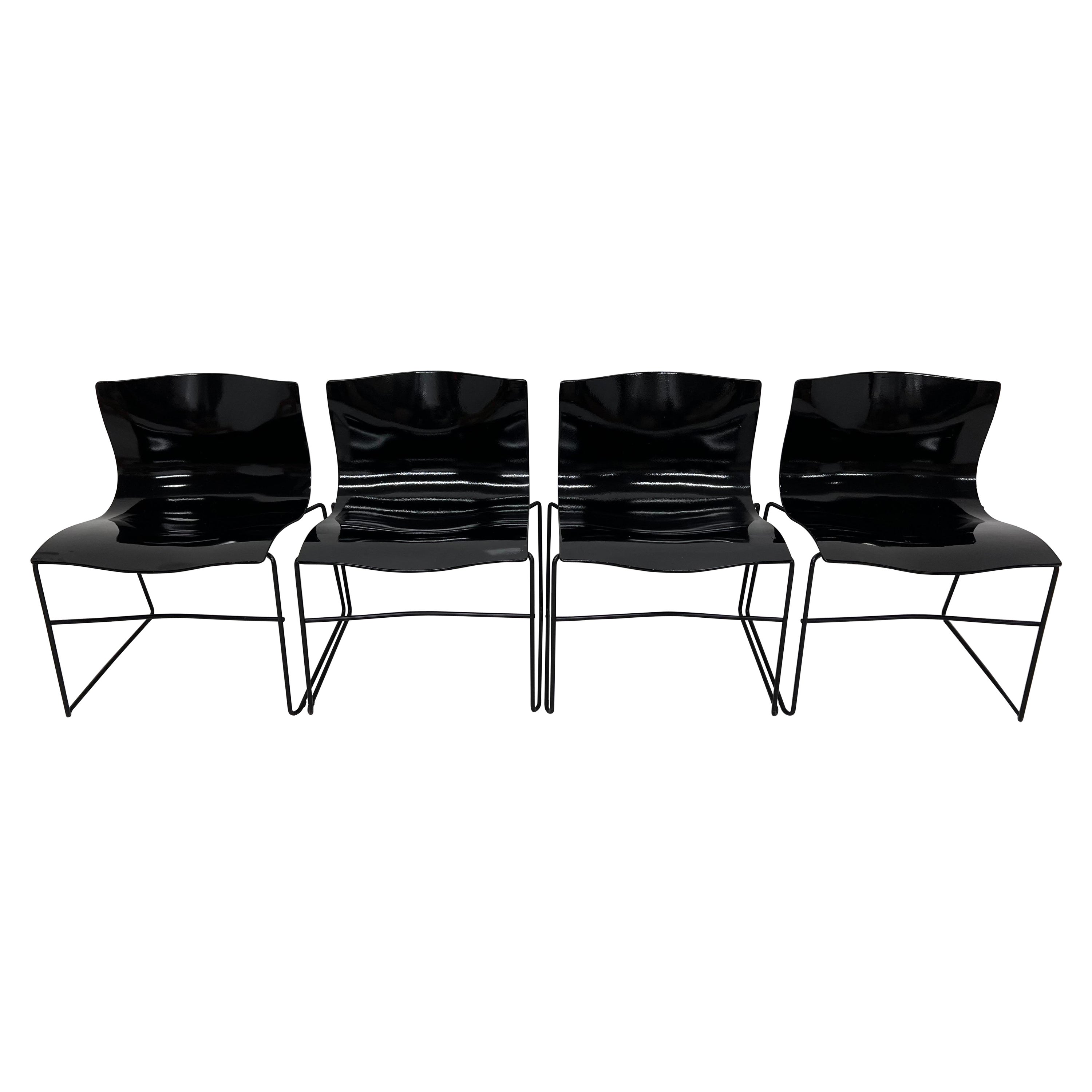 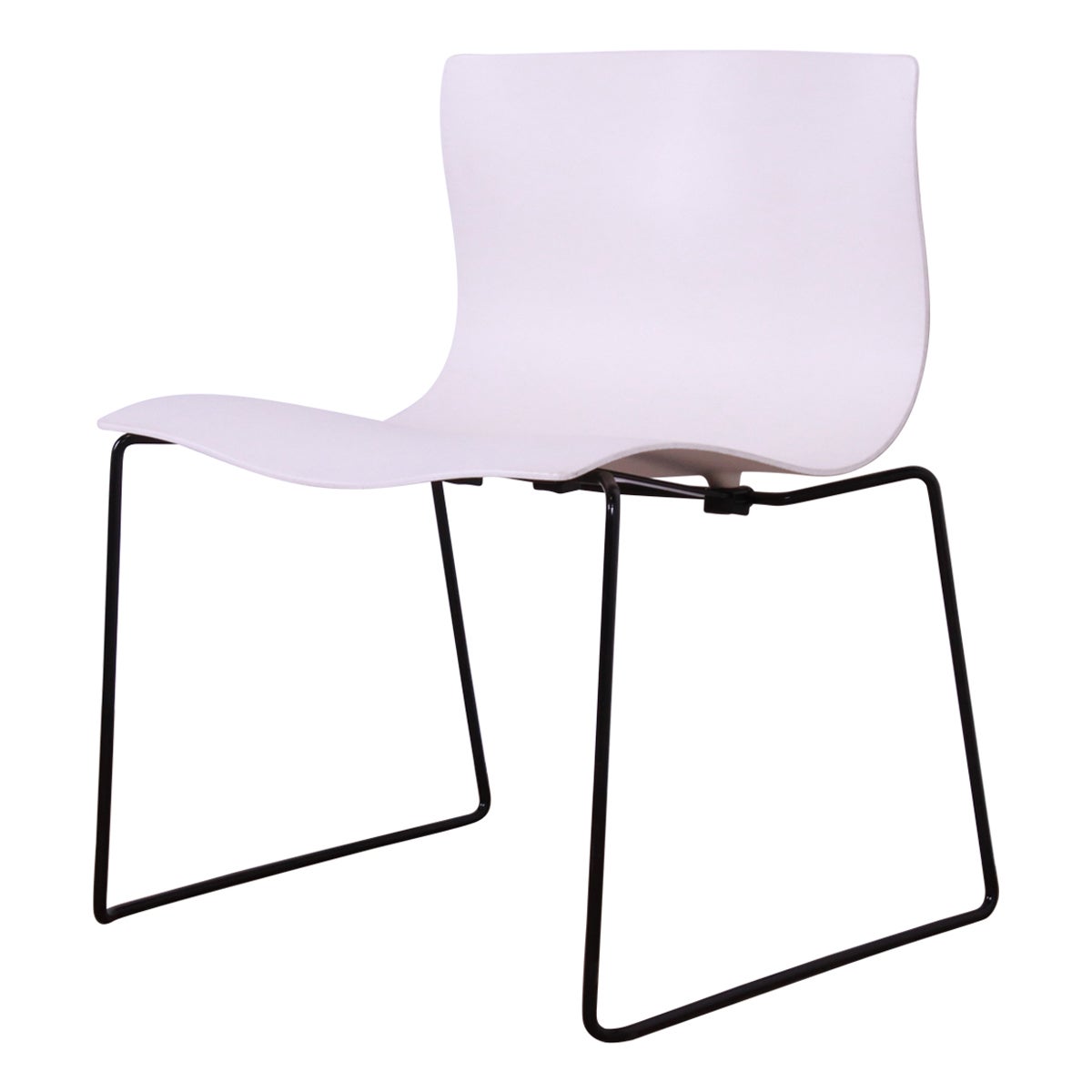 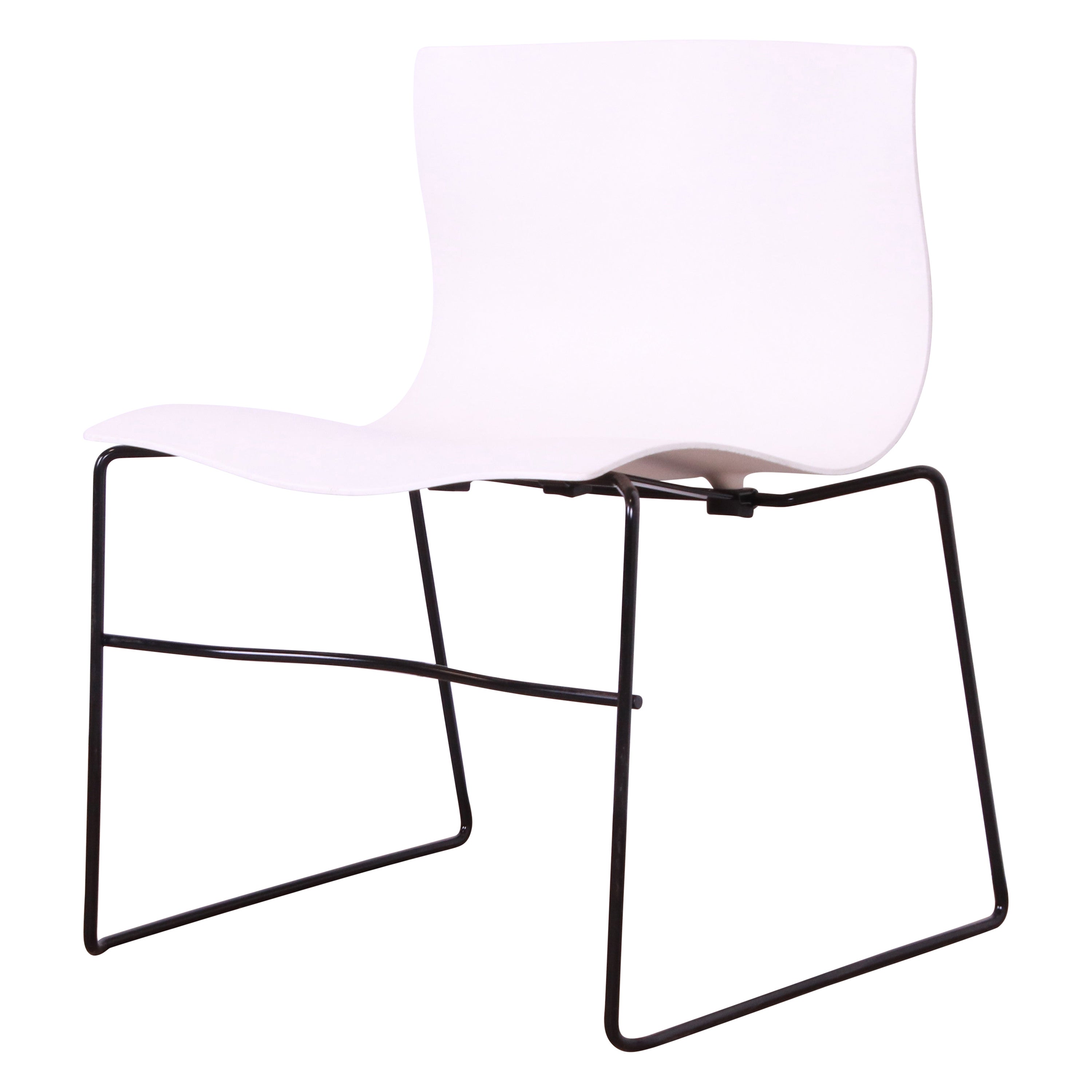 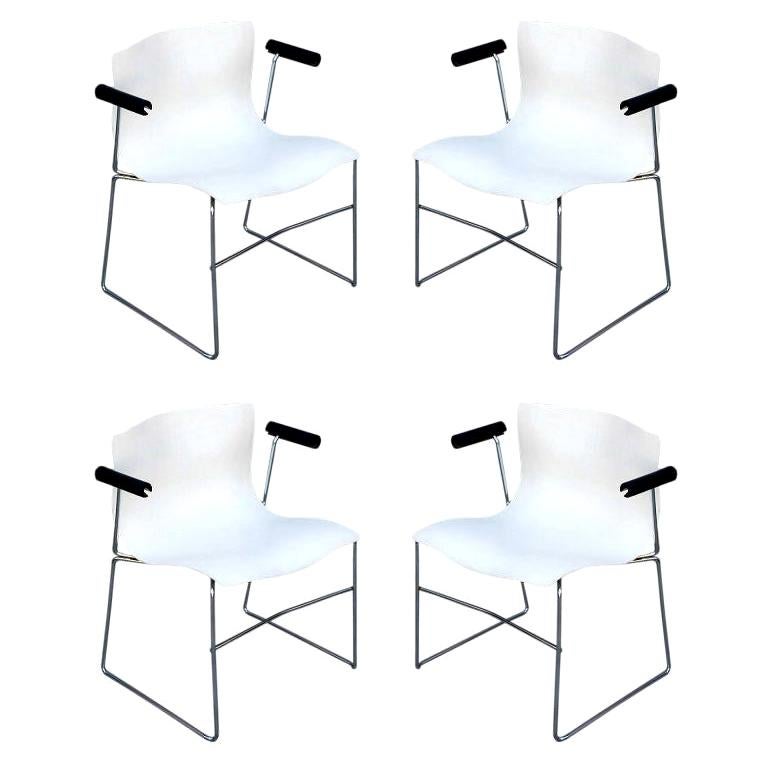 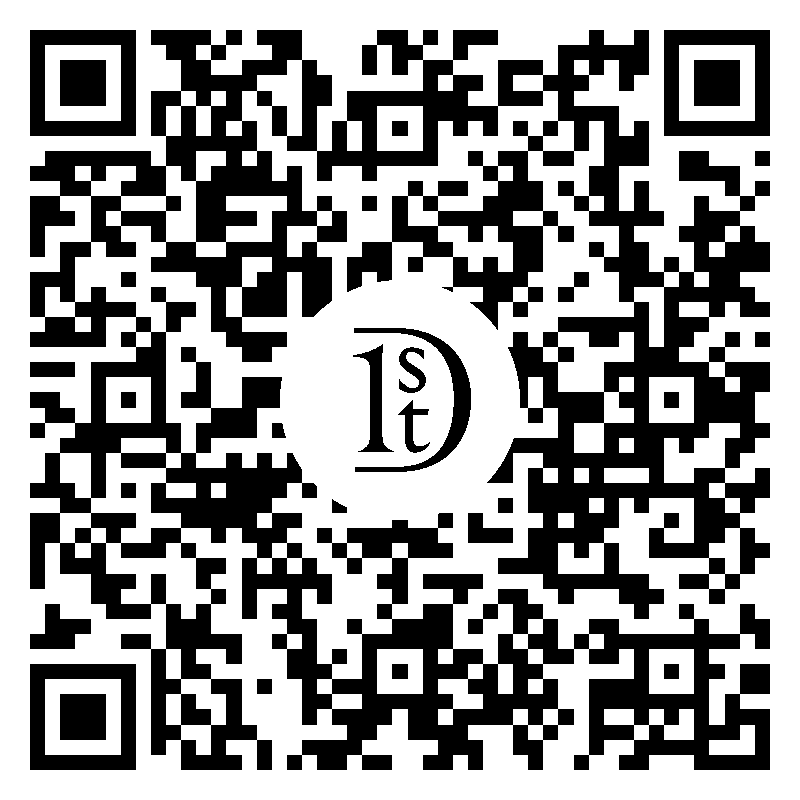 This classic Post-Modern design by Massimo and Lella Vignelli for Knoll International is called the 'Handkerchief' stacking chair, labelled underneath with early production (original) year labels. We have over 60 of these available, in black powder coated over steel bases and black fiberglass seats, available individually or in sets, this listing is priced for a set of 12 - contact us if you wish to purchase a different sized set. Great for stacking when you need more open space in the room and easy to unstack when you have guests. Perfect for those who require versatility in their space. The black-on-black colorway is the most popular and in-demand and perfectly encapsulates the Post-Modern movement of the 1980s and early 1990's. This set produced in 1993 and labelled underneath the seats. Ideal collector's examples or consider using in a boutique hotel or restaurant / cafe. These stacking Handkerchief chairs by Massimo and Lella Vignelli would work great in a Contemporary, Post-Modern, Mid-Century Modern, Scandanavian Modern or Danish Modern home, office or penthouse apartment. Also consider mixing it up in a Traditional, Transitional, Classical or Art Deco room with a splash of juxtaposition. Would also be an apt choice in a commercial project such as a hotel lobby lounge or members club, creative design studio or high-rise executive office. Consider using as side chairs, dining, cafe or breakfast table chairs, bedside chairs, fireside chairs, dressing or changing room chairs, hallway chairs, entryway or mudroom chairs, nursing or reading chairs, conference room chairs, office or desk guest chairs, lobby lounge chairs or occasional chairs ideal in virtually any setting. MEASUREMENTS: H 29" x W 22" x D 22" Seat Height: 17.75" Seat Depth: 18" CONDITION: Overall good vintage condition with light wear. Ready to be used immediately. 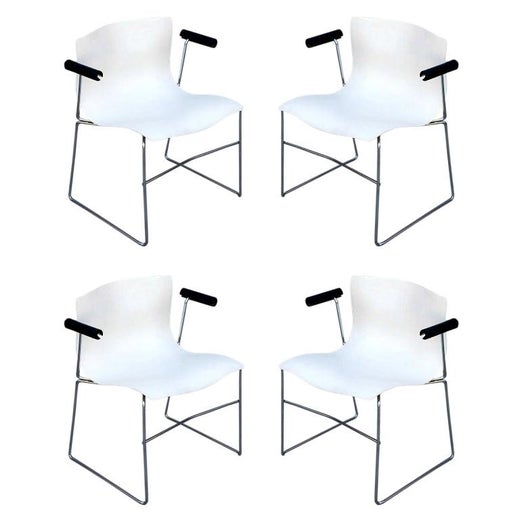 Massimo Vignelli and Lella Vignelli are legendary names in branding and were prolific creators of home furnishings, products and interiors. The duo’s modernist furniture collaborations, which span 50 years, have also left a profound mark on design and wider visual culture. Furniture created by the couple is often labeled as Massimo Vignelli’s alone, though he fought to have Lella recognized for her work, even throwing away magazines that neglected to give her due credit.

As Massimo wrote of their lifelong collaboration in his book Designed By: Lella Vignelli: “It is not holding a pencil with four hands that makes a partnership; it is sharing the creative act and exercising creative criticism which is reflected in the end result.”

After meeting in Italy, Lella (1934–2016) and Massimo began working together in 1961 and a decade later formed Vignelli Associates in New York. A self-described “information architect,” Massimo was committed to streamlining complex ideas into clear, visually arresting forms. (Witness the graphic identity that he cocreated with Bob Noorda for the New York City Transit Authority as well as his influential 1972 subway map.) The Vignellis’ most recognizable piece, for example, may be the Handkerchief chair, a stackable office chair made of compression-molded plastic that has the look of a cloth floating in air. It was created for Knoll in 1983 after they designed the brand’s logo.

Many of the Vignellis’ designs are considered modern masterpieces and are included in the collection of the Museum of Modern Art in New York and other important institutions.

Recognized Seller
These prestigious sellers are industry leaders and represent the highest echelon for item quality and design.
Diamond Seller
These expertly vetted sellers are 1stDibs' most experienced sellers and are rated highest by our customers.
Established in 2012
1stDibs seller since 2015
1,706 sales on 1stDibs
Typical response time: 1 hour
Associations
20th Century Specialists
More From This Seller 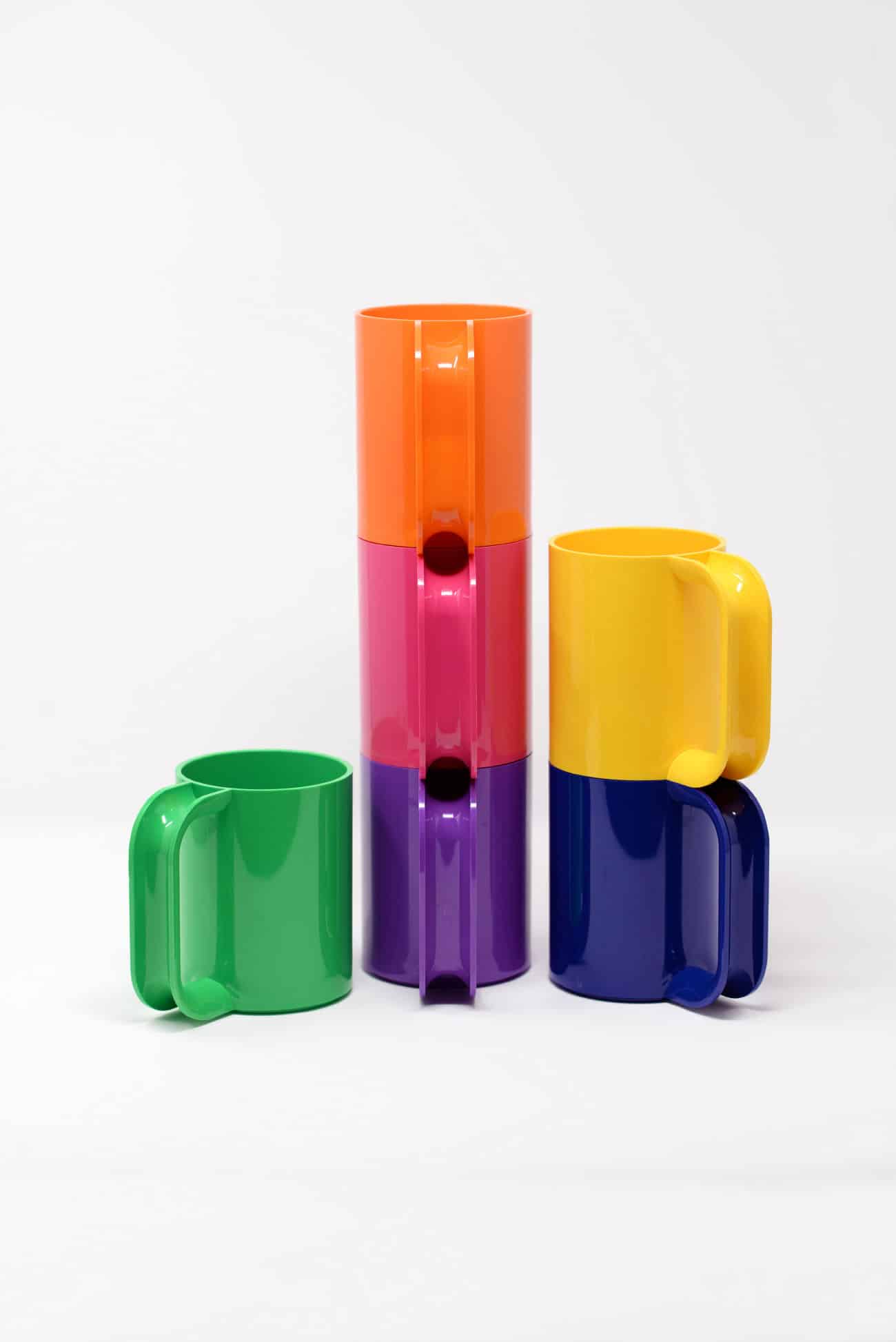